If 2011 is the year of the Smart TV, then it’s also the year people with TVs more than a couple of years old start to feel a bit hacked off. After all, while people buying new TVs can enjoy extra on-demand video streaming services, apps and even in some cases open Internet browsing on their gogglebox, people who invested in a TV before Smart TV fever took hold will be feeling left out in the cold.

Today, though, we’re looking at a neat little set-top box solution from Sony, the SMP-N100, which can turn even the most ancient of TVs – even CRT ones, for heaven’s sake! – into all-singing, all-dancing multimedia whizzkids.

One thing the N100 won’t do, though, is make your old TV look more glamorous. Its design is essentially one of those classic little metal ‘laboratory box’ jobs. Sony has tried to disguise the utilitarian nature of the bodywork by shoving a glass-like panel on its fascia, but frankly, they’re not fooling anyone. The best thing that can be said about the N100’s design is that it’s small, so you may be able to hide its drabness out of sight somewhere.

With this in mind, it’s perhaps a pity the N100 ships with an infra-red remote (which requires a line of sight) rather than an RF one. But then RF remotes are hardly common elsewhere in the streamer world, either.

At least the remote control is rather better designed than those found with many streamers, with an intuitive button layout and some decent size to it. It’s a relief to find we’re not expected to navigate the N100’s charms via some tiny, fiddly little ‘credit card’ remote that you’ll spend more time looking for down the back of the sofa than actually using.

The N100’s connections are interesting because of the varied output options they include. Most people reading this site will probably go for the HDMI output, but there’s also a component option and even a composite video option. While we would never recommend a composite connection where anything else is available, the composite feed on the N100 is actually very important, since it enables the box to hook up to just about any TV ever made.

On the audio side, you can output sound using either a simple RCA stereo audio output – again useful for old TVs – or use a digital audio output for connecting to an AV receiver.

Having established that the N100 can work with even the most antique of TVs, our next job  is to detail exactly what your TV dinosaurs will get from Sony’s box of tricks.

There are essentially two threads to what it offers: multimedia file playback from DLNA PCs, or USB sticks, and playback of the online services offered by Sony’s Bravia Internet Video platform.

Starting with the multimedia playback, the codecs supported are extensive if not entirely exhaustive. Confirmed are DivX, MPEG-1/2, MPEG-4 AVC, WMV9, AVCHD, and MKV for video; JPEG for photos; and MP3, AAC, LPCM/WAV and WMA9 Standard for audio. It’s worth adding that the N100 can play files on an NTFS drive, relieving you of the 4GB limit you would have been faced with if the N100 only supported Fat32.

From this it follows that you can use USB HDD drives as well as USB flash memory drives, or can hook up HDD camcorders or digital cameras directly. With this in mind it’s good to find the USB port mounted on the unit’s fascia for ease of access – though a second port on the rear might have been appreciated for people wanting to attach a potentially permanent USB source.

Unlike some (usually more expensive) streaming devices, the N100 doesn’t carry any internal memory. But while this might be an issue for people just wanting to share pictures and videos directly from a digital camera or camcorder and cut out any PC interaction, for the vast majority of people these days their laptop or desktop computer will be providing all the storage space they’ll need.

Communicating with such DLNA PCs can be done via either Ethernet cable or, more handily, wirelessly, courtesy of the N100’s integrated 802.1b/g/n wi-fi system.

While the N100 is middling to good as a streamer, though, for us its main attraction is actually its Bravia Internet Video offering. As regular readers will know, Bravia Internet Video remains currently our favourite among the online content systems developed by many brands for access via their new Smart TVs. And the reason we like it so much is that it’s so focussed on video content: the sort of stuff, in other words, that fits best with what most people actually want to watch on a TV.

The key services we’re talking about are Sony’s Qriocity video and music on demand platforms (though at the time of writing these remain closed while Sony tries to fix security issues); the BBC iPlayer, the ‘Demand 5’ Channel 5 catch up service, a Sky News headline news video package, LoveFilm, Eurosport, YouTube, the Billabong extreme sports ‘channel’, and Sony’s own Entertainment Television archive, featuring free access to a host of classic Sony-owned TV series. 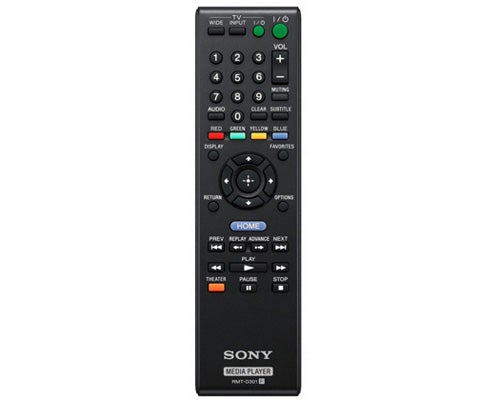 There’s actually a ton of other stuff besides, but the list above covers the highlights. It’s likely, too, that other services will get added to BIV’s cloud-based servers in the coming months – though not being party to Sony’s plans in this regard, we can’t make any promises.

Suddenly having so much on-demand video material at your disposal when you’ve likely never experienced on-demand viewing before will come as a revelation to many of the N100’s target audience. And it again underlines why we’d always take a few extra video content sources over any number of silly game or infotainment apps when it comes to ‘smart’ TV services. Especially when the N100s’ video is delivered – even in HD if your screen and broadband speed are up to it – with consistently pleasing quality and stability.

The final point to add is that although the N100 wasn’t quite as intuitive to set up as we’d like and dropped its network connection a couple of times, it’s still for the most part straightforward to use, thanks to the both the remote control and the clean, colourful and mostly logical presentation of its onscreen menus.

In an ideal world the BIV content might have been presented more succinctly than just putting everything in a long, scroll-down list, but this is only a minor irritation really.

Verdict
There’s room for improvement with the N100, certainly, and you might also consider that you can get Sony Blu-ray players offering broadly similar functionality for – in the case of the Sony BDP-S480 – only around £50 more.

However, if £100 is your budget, then the N100 is a simple and effective way of dragging your aging relic of a TV kicking and screaming into 2011.