Sony proves once again that it has some amazing technology in its arsenal that be packed down into the tiniest of bodies. If you’ve got the cash to spend and you want the best possible camera for your pocket, this is without doubt the one to go for. For those with a more sensible budget, it’s worth looking at older RX100 models, as well as those from Canon’s Powershot range – particularly the G7X Mark III if vlogging is your thing.

It’s been seven years since Sony first debuted its RX100 series. Revolutionary at the time, placing a one-inch sensor inside a pocket-friendly body paved the way for what we would come to think of as standard for a premium compact camera. Now in its seventh iteration, in theory the Sony RX100 VII distils everything the company has learned and developed over the past few years.

The past few generations have seen the camera evolve into something which really shows off all of Sony’s technical prowess – but boy do you pay the price for it. 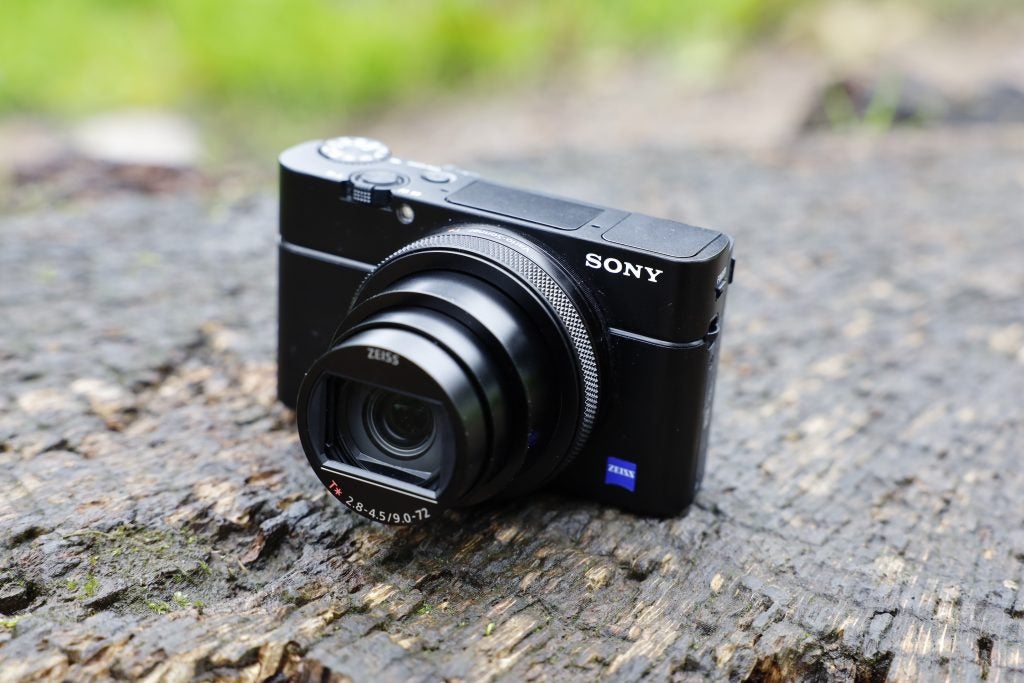 With an RRP of £1199, this is a camera for those whom money is no object. Over the years we’ve seen the introduction of a tilting screen, a pop-up viewfinder, a longer zoom lens, 4K video, high speed shooting and this time Sony has gone bigger on video features in an attempt to make it attractive to videographers and vloggers.

As for the design – there’s not a whole lot to say here, Sony has kept the same form factor for the RX100 VII as with its predecessor, the RX100 VI. That’s not a big surprise since the upgrades for this model come under the hood.

So, essentially what that means is that you get something very pocketable, which houses a 20.1MP one-inch CMOS sensor (which is new) and couples it with a very flexible 24-200mm (8.3x) optical zoom (which isn’t). A couple of generations ago, Sony decided that users would rather have a longer zoom than a shorter one with a wider aperture, so the maximum you can go to here is f/2.8, which is still bright enough for most situations. Also returning is the tilting screen, and nifty hidden away pop-up viewfinder for composing.

What’s not so good is both the lack of a front grip which makes the RX100 VII just that little bit slippy – particularly nervewracking when you’re toting around with a £1200 compact camera – and the size of the buttons and dials, which remain on the fiddly side. Still, if you’re willing to bypass that, you get some other incredibly powerful specifications to work with. 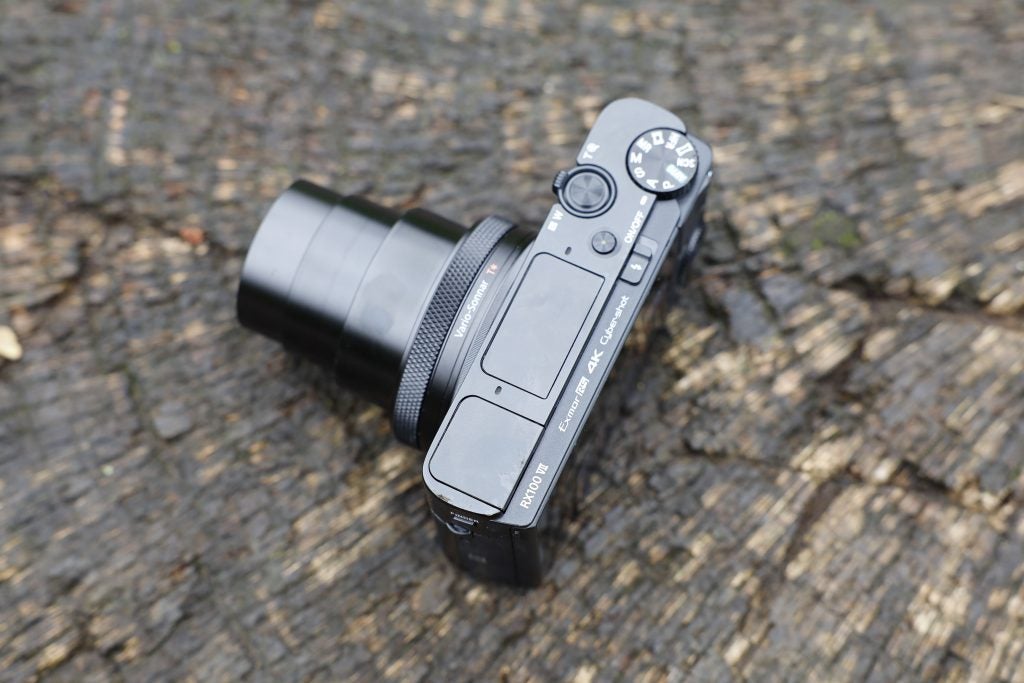 The big new additions are improved 4K video stabilisation, Movie Eye AF and a mic input – the latter being the big one for vloggers.

Stills shooters have some new toys too, particularly if you like to shoot fast-moving subjects. You can now shoot at a frankly ridiculous 90fps, which reduces to the still extremely impressive 20fps if you want to shoot blackout free and keep AF tracking. We can’t realistically think of a time when you’ll ever need to shoot at 90fps, but as always, this is a way for Sony to show off what it’s capable of – whether anyone will actually use it is almost irrelevant.

Additionally, there are now 357 phase-detection autofocus points which covers 68% of the frame, with yet another “world’s fastest autofocus” of 0.02 seconds also promised. We’ve also got the addition of Animal Eye AF to build on the success of the already installed Eye AF.

Sony first introduced a pop-up viewfinder for its RX100 series a few generations ago. It gives you the opportunity to frame your shots in a more traditional way than using the screen, as well as coming in particularly handy when shooting in bright light.

Happily, the viewfinder pops up and automatically extends out to be ready to use from the get go – which compares well with the Canon G5X Mark II which requires a two-step pop up and pull out kind of motion which can on occasion lead to missed shots. 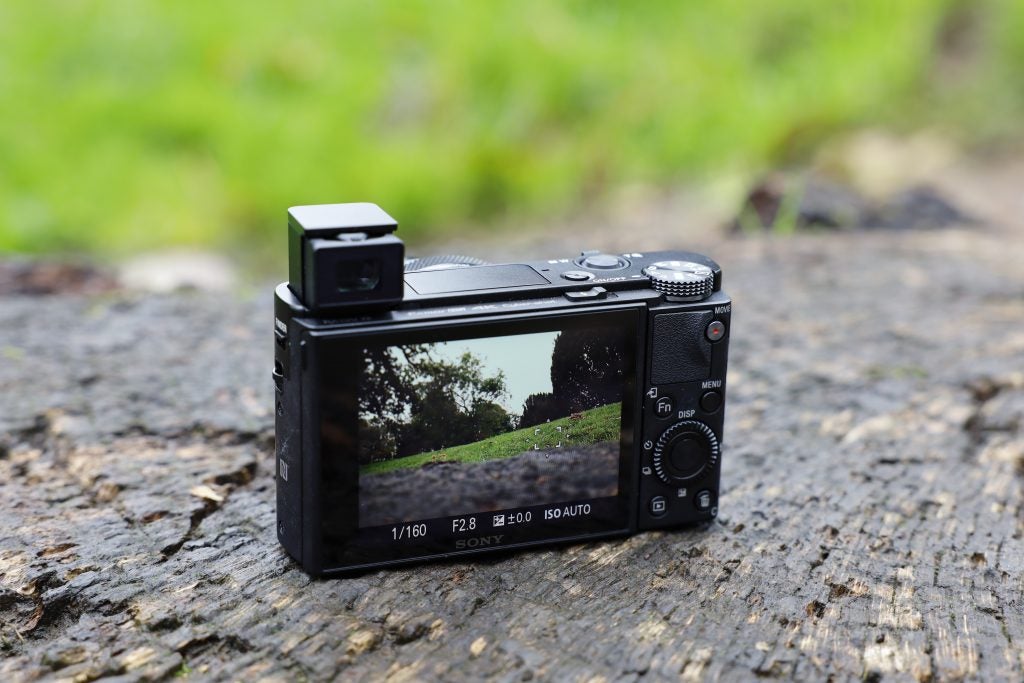 Although not huge, the RX100 VII’s viewfinder is bright and clear and I found myself using it on a number of occasions. The fact that it can be hidden away when not in use helps to keep the lines of the camera nice and sleek, while also getting it out of the way of the tilt-up screen.

That screen, which can be positioned to face all the way forwards, is useful not only for selfies, but also for composing vlogs. You’ll notice that it automatically enters a selfie mode when you tilt the screen forward, too. The screen is touch-sensitive, but frustratingly you still can’t use it to make selections in either the quick/function menu or the main menu.

Sony has already proved time and time again just how remarkable its technology is – especially for such a pocket-friendly camera – in previous generations of the RX100 series.

Here with the RX100 VII, it builds on that success, bringing features such as 90fps shooting. Generally speaking, you’re probably going to want to leave it on 20fps so you can enjoy full-time AF and blackout free shooting.

On the whole, engaging continuous AF and selecting the fast frame rate means that the RX100 VII keeps up well with reasonably predictably moving subjects. This is probably not a camera wholly intended for sports photography, but with the long lens and fast shooting, you can get some decent spectator shots at football games and so on, while it’s also useful for subjects such as pets and children.

In other situations, the RX100 VII locks on to most subjects very easily, very rarely producing a false confirmation of focus. In very low light conditions, you might notice it takes a little bit longer, but it’s still pretty impressive even when there’s very little available light to work with.

One downside of having a camera so powerful is battery life. How long it lasts will of course vary depending on what you like to shoot with it – if it’s mainly single stills a whole day shouldn’t be a problem, but otherwise, packing either a spare battery or a battery power pack (USB charging is available) is a good idea.

This is another area where Sony has consistently proved that it can really deliver.

Images directly from the camera show a satisfying amount of punch, with vibrant yet realistic colours. There’s also a good overall impression of detail throughout the native sensitivity range when viewing images at normal printing or web sizes.

Despite not having the f/1.8 maximum aperture we saw on early generations of the RX100 series, you can still produce pleasing shallow depth of field images in the right conditions, with the flexibility of the longer lens being worth the wide aperture sacrifice on the whole.

In low light, not having that wide aperture also means that you’ll probably have to shoot at fairly high ISO settings. Images taken at ISO 6400 display well at small sizes, but you can see some loss of detail if examining images at 100%, but noise is kept to a minimum. Shooting in raw format gives you the scope to bring back some missing detail if you feel the noise-reduction has gone overboard.

Images are sharpest at the wide-angle end of the lens. It remains consistently sharp throughout the focal range, but there is some smoothing seen at the very far end of the telephoto lens. Again, this is mostly evident on careful examination and shouldn’t be too problematic at normal printing and web sizes. 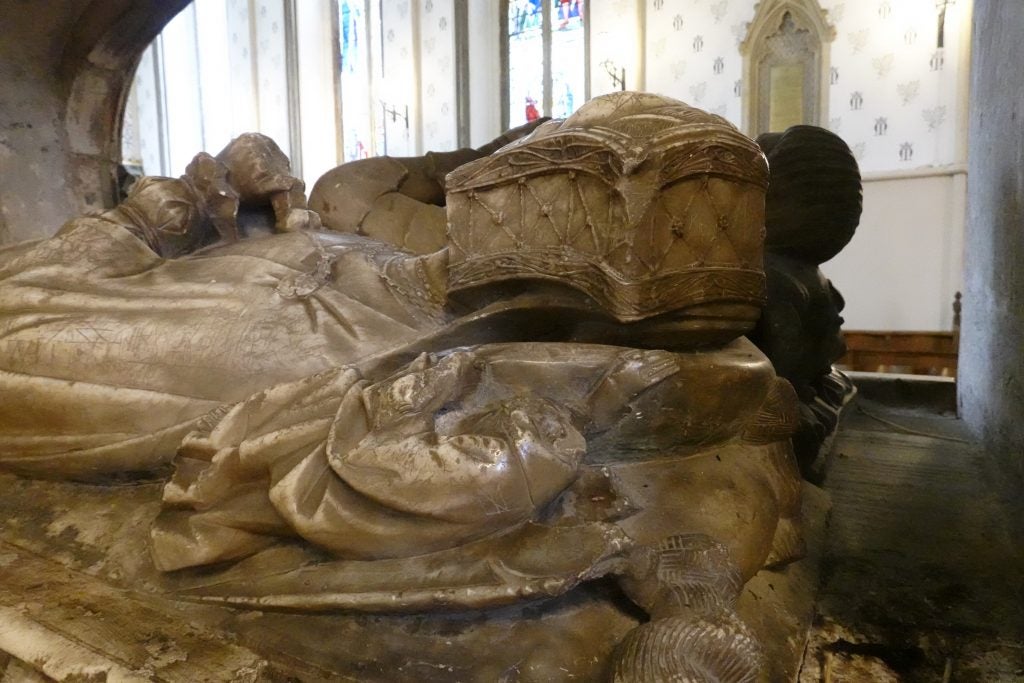 Shooting at high ISOs such as ISO 6400 reveals some loss of detail if you examine closely, but noise has been kept to a minimum 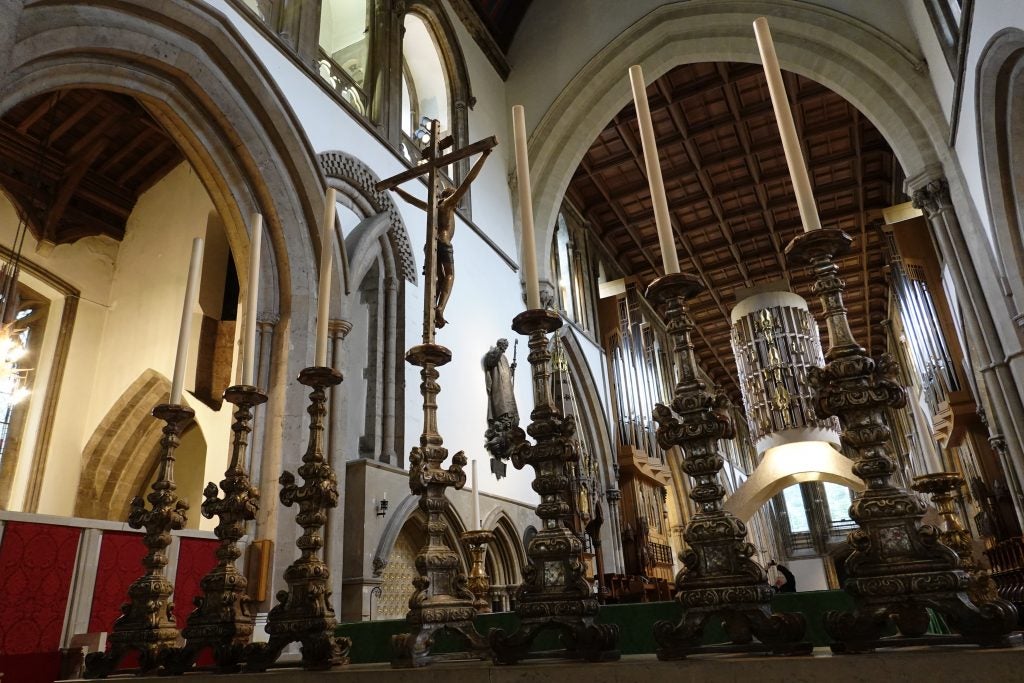 Although the maximum aperture is f/2.8, it still helps to keep the ISO as low as possible in dark conditions 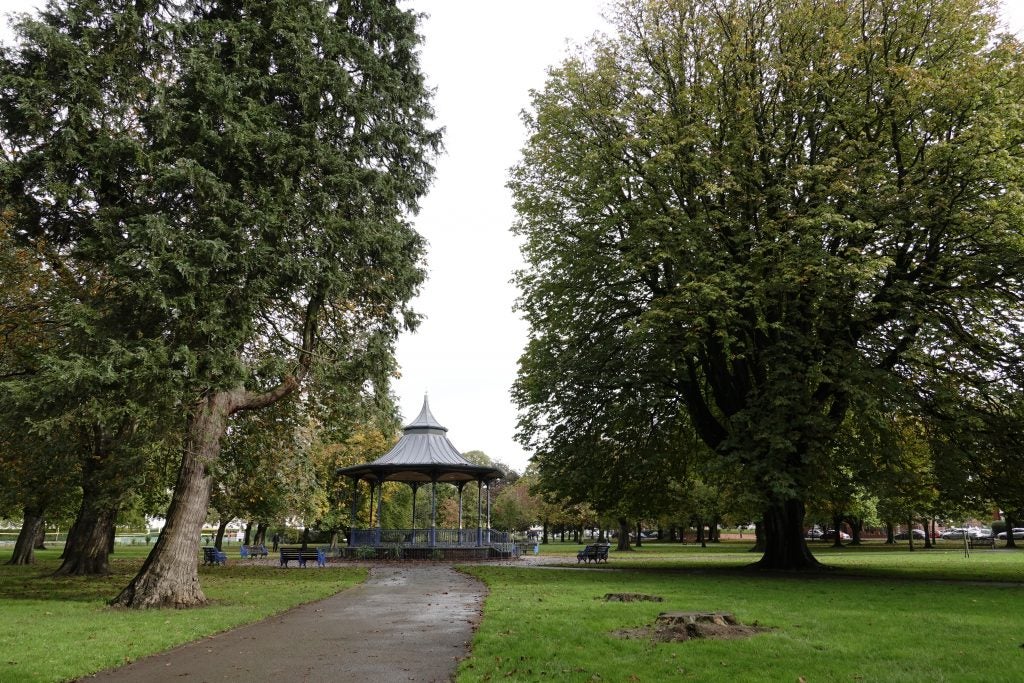 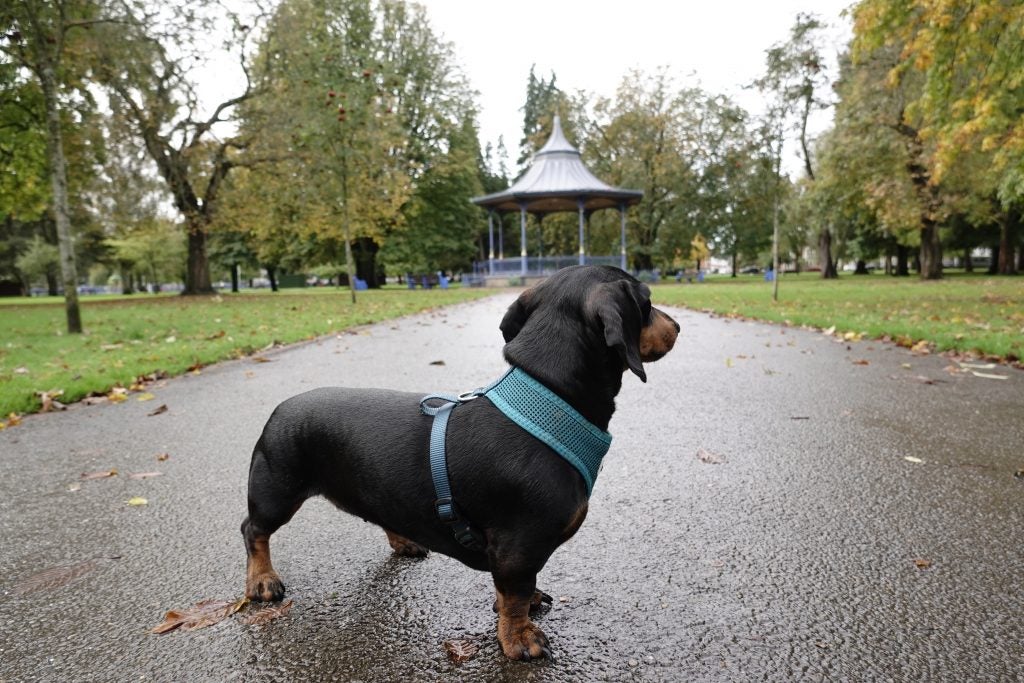 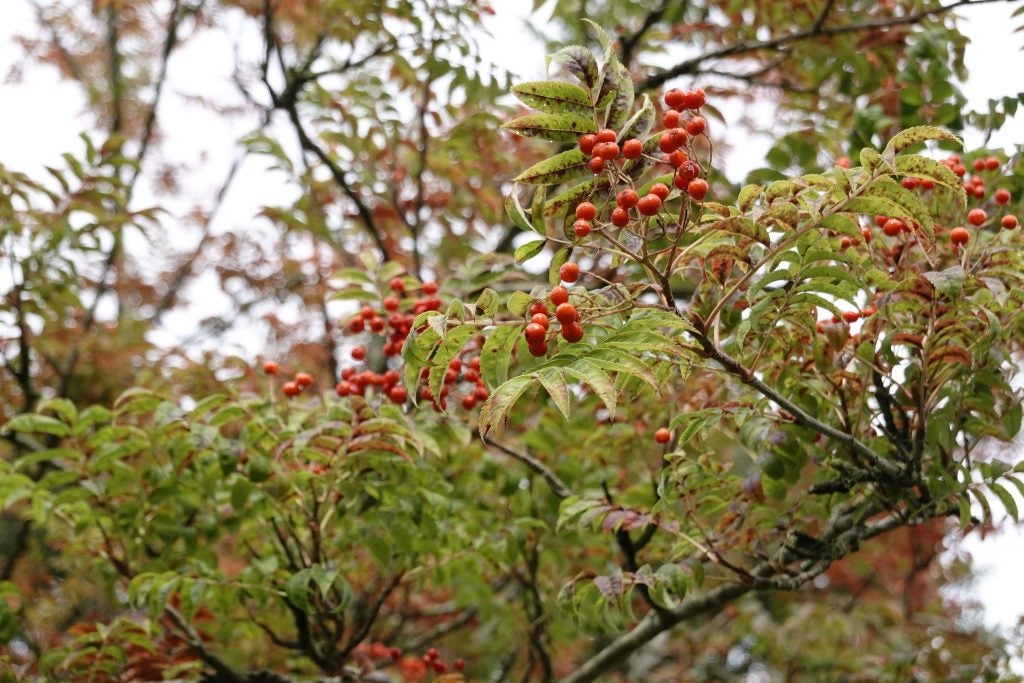 Shallow depth of field effects are still very much possible with the RX100 VII – this image was shot at 88mm (equivalent), at f/4.0 and combines great detail with attractive bokeh in the background 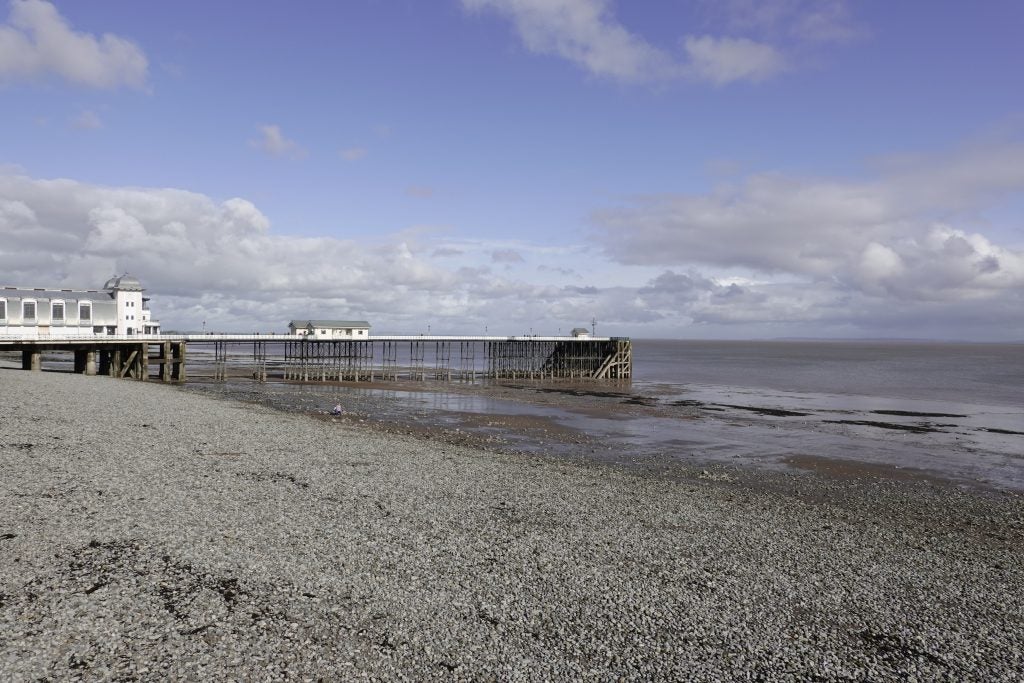 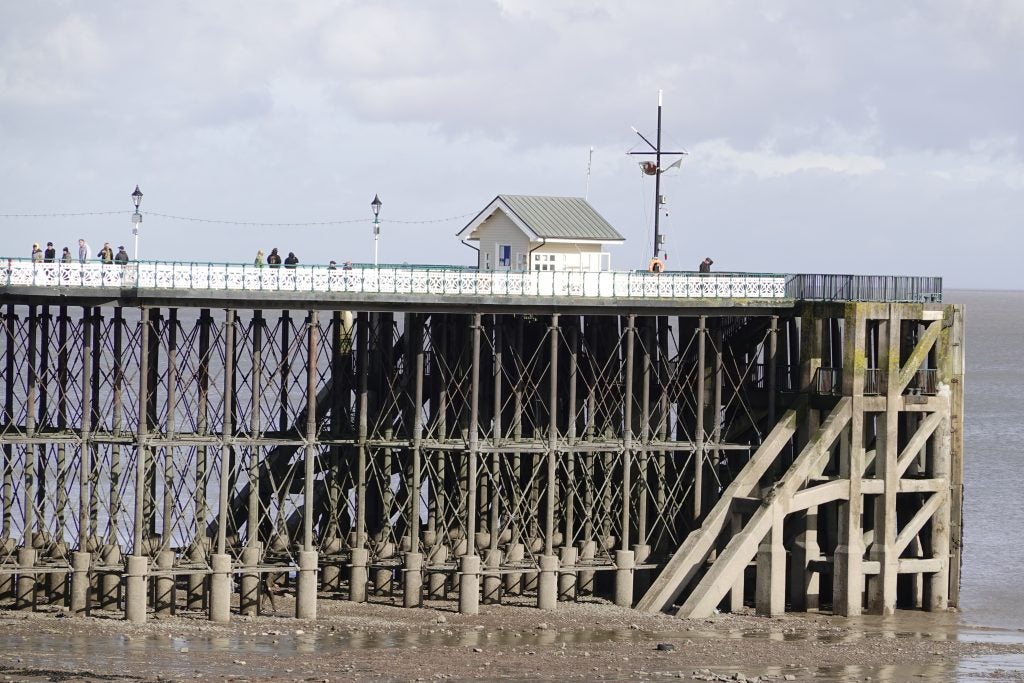 While the telephoto end is an equivalent of 200mm 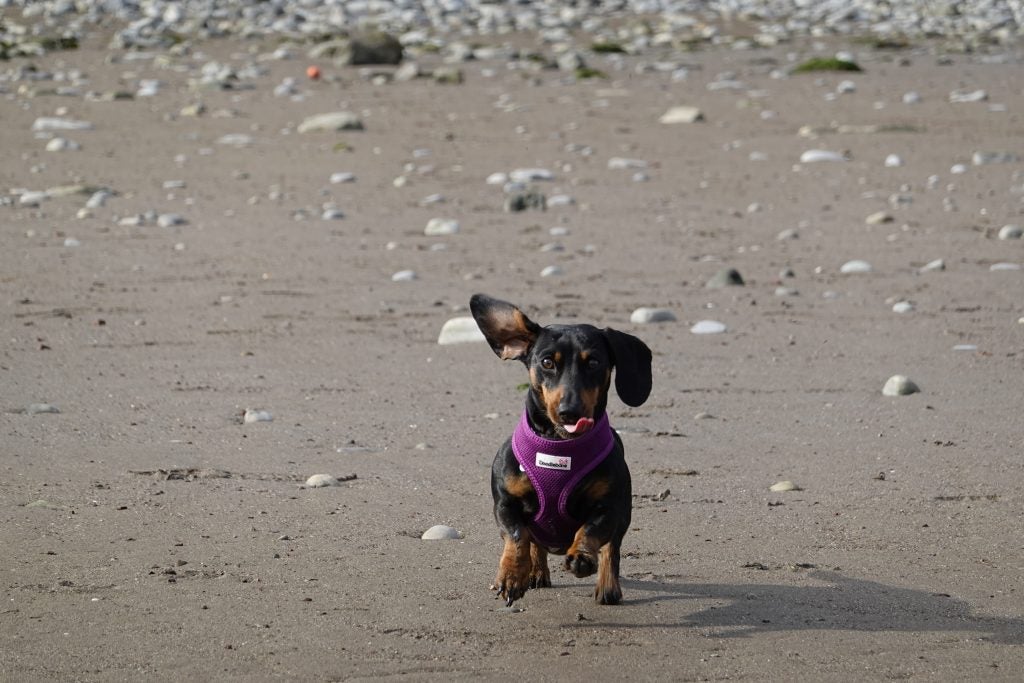 Video quality remains as good as the RX100 VI with finely detailed footage. Image stabilisation kicks in to help keep things as smooth as possible – and while I wouldn’t rely on it for super shaky conditions (such as mountain biking), for the average walkaround vlog, it does a good job of keeping things smooth.

Although sound quality from the inbuilt microphone is decent enough for everyday videos, being able to add an external microphone is advantageous in a number of different situations – you can hear in our example how badly the wind is affecting the sound, for instance.

Should you buy the Sony RX100 VII?

On paper, there are so many things to like about the RX100 VII that we wouldn’t have too many qualms about calling it the perfect pocket solution. It really shows that you don’t have to skimp too much on image quality and performance if you want something which is ultra portable.

But there is one problem – and it’s a big one – and that’s price. There’s no getting around the fact that spending £1200 on a compact camera – no matter how powerful – is going to be a big ask for many people.

If you want the best of the best and you’ve got the budget to spend, then this is a camera which comes extremely highly recommended, but it’s worth looking down back through the line of RX100 predecessors if your budget is a little more conservative and you can live without some of the additional features that the RX100 VII brings.

Sony proves once again that it has some amazing technology in its arsenal that be packed down into the tiniest of bodies. If you’ve got the cash to spend and you want the best possible camera for your pocket, this is without doubt the one to go for. For those with a more sensible budget, it’s worth looking at older RX100 models, as well as those from Canon’s Powershot range – particularly the G7X Mark III if vlogging is your thing.