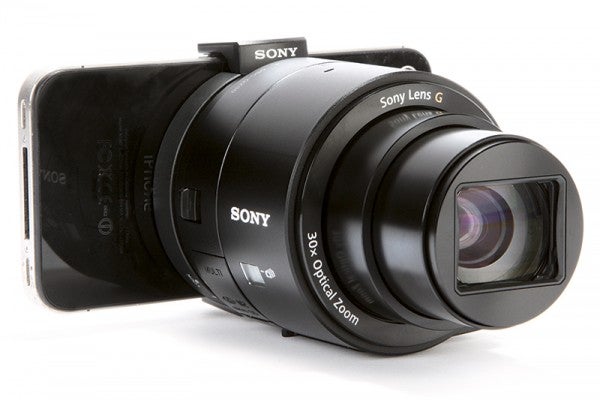 Sony has followed its entirely original take on the digital compact camera, with a new series of QX devices, proving a commitment to the marriage between smartphone and smart camera.

The DSC-QX30, could be considered as the entry-level model, and functions as a standalone digital camera, although it could easily be mistaken for a lens. It has a maximum aperture of f/3.5 at its wide end, narrowing to f/6.3 towards its telephoto end.

But the real kicker is the QX’s ability to be connected to an Android or iOS smart device. This may be an increasingly common feature of digital cameras, but the QX series has smartphone connectivity built into its core and encourages users to take an innovative approach to mobile photography. The QX30 takes your handset and puts a 20.4-million-pixel camera with a 30x optical zoom lens on the front of it.

Multi-cam
If you own one of Sony’s Live View Remotes, it’s possible to connect up to five QX or Sony action cameras and control them simultaneously.

Free shooting
The QX lets you shoot at any angle while still keeping your eye on the composition. 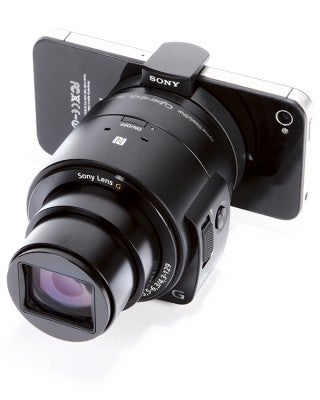 The QX30 offers a good range of features including HD video recording at 60fps. But its strength compared with rival devices is its 30x zoom range, giving it an equivalent focal length from 24-720mm. Being able to add a decent quality lens to your smartphone is a real plus.

With the distinctive QX camera design, and using a smartphone screen to compose shots, you’ll found yourself taking pictures you wouldn’t have thought to take, thanks to the freedom to position the camera in unique orientations and angles.