What is the Sony NEX-5T?

The Sony NEX-5T is a CSC that partners the Sony NEX-5R, adding a few tweaks to the existing model in the form of a power zoom lens ring and new connectivity features. It packs the same 16.1-megapixel Exmor APS HD CMOS sensor and fast hybrid Auto Focus for quick shooting as the NEX-5R, and can shoot Full HD video to boot.

Have the new additions made the NEX-5T a worth successor the NEX-5R, or is Sony just adding NFC for the sake of it. 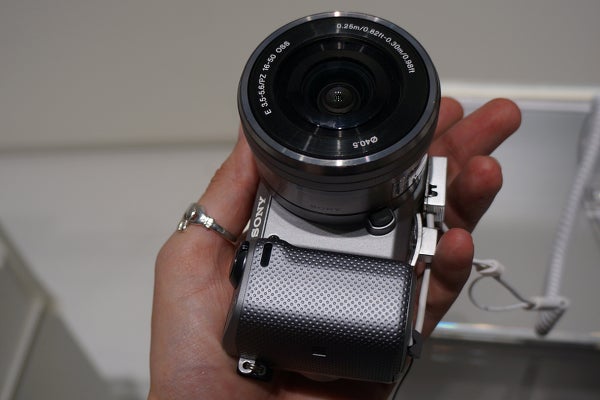 Available in black, white or silver, the Sony NEX-5T is very similar in design to the NEX-5N, but the lens is a very different kettle of fish. It feels very solid in the hand, but we tried all three colour variations and found the silver to feel a bit cheap and lower-quality.

Control layout is all easily accessible thanks to the camera’s compact body. Sony has added a grooved menu dial on the rear of the camera to make it easier to use, though the difference is subtle.

The camera is as easy and intuitive to use as its predecessor though, with little functionality changing between models. You can scroll through the scene settings using the rotating wheel on the top of the camera, but Sony does allow you to customise button functionality according to your personal using habits.

Added portability comes from the 16-50mm f3.5-5.6 power zoom lens, which helps make the camera a smaller and neater package to slip into bags and such.

From our brief hands-on testing, we found that the power zoom lens is easy to use and even has a dedicated zoom slide on the side of the lens. 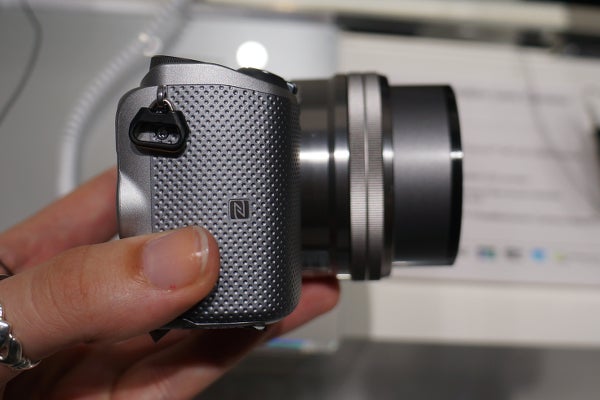 One of the main features of the NEX-5T is its increased wireless sharing functionality. Unlike the NEX-5R, it pairs Wi-Fi connectivity with NFC, which allows you to use a compatible smartphone to share images and video content.

Sony also embeds a Smart Remote Control feature that allows you to use your smartphone or tablet as a remote control for the NEX-5T. However, trying to use the camera when it is connected to the smartphone app makes it sluggish and takes away some of the camera’s features, which can be very frustrating.

This may have been the strength of the Wi-Fi connection in the location we tested the camera in, so we will explore this further when we get a review sample in for testing. 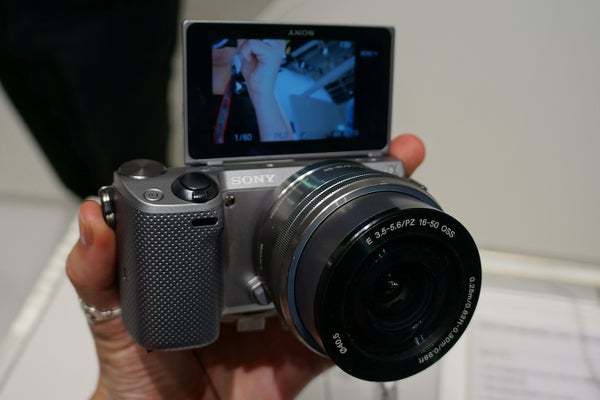 Like the NEX-5N, the NEX-5T has the new LCD screen technology that allows you to flip it up to 180-degrees. Perfect for those impromptu selfies. The camera quickly focuses in on your faces using the Auto Portrait Framing feature.

Even if you’ve got a wonky hand, the Sony NEX-5T has a digital level gauge, automatically adjusting the images so the horizon is steady. We put this to the test and it works to a degree, as long as you’re not deliberately attempting to take a quirky shot.

The Sony PlayMemories camera apps library is also accessible using the Sony NEX-5T, which makes the camera a potential rival to the likes of the Samsung Galaxy camera too. We weren’t able to test any of them out during our hands-on but expect us to get involved with those in the full-review. 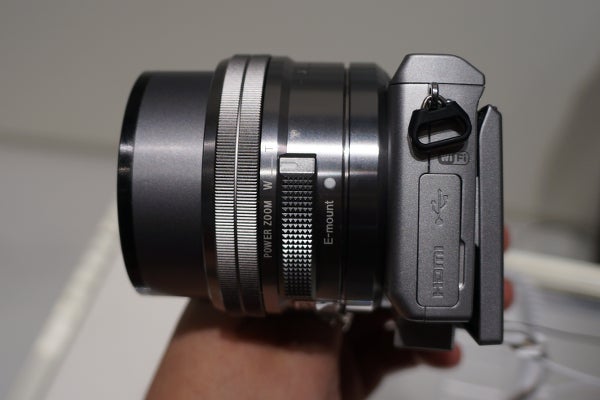 The new power zoom lens ring certainly makes the Sony NEX-5T even more compact and svelte than the NEX-5R. NFC connectivity is definitely a bonus if you’ve got a compatible smartphone or tablet, and with more of them coming to the market, buying a camera with the connectivity may well be a wise option for the future. Seeing as it packs all the same specs as the NEX-5R, we are very fond of the NEX-5T already.