Sony not only believes in LCD, it’s willing to stake its entire flat panel future on it, having recently announced that it was pulling out of the plasma market to focus all of its efforts on conquering the LCD world. So here’s hoping that the first set from Sony’s latest ‘Bravia’ range will benefit from this new LCD focus.


It looks the part, at any rate. With its matt black fascia and sliver of silver around the outer edge it looks reassuringly serious, while the general build quality feels quite exceptional.


Connectivity is functional rather than outstanding. It covers all the key bases thanks to its HDMI and component jacks for HD sources; a PC jack; and SCARTs. But would it really have been too much to ask for a second HDMI socket? Or three SCARTs rather than the provided two? Ah, well. Maybe next time? 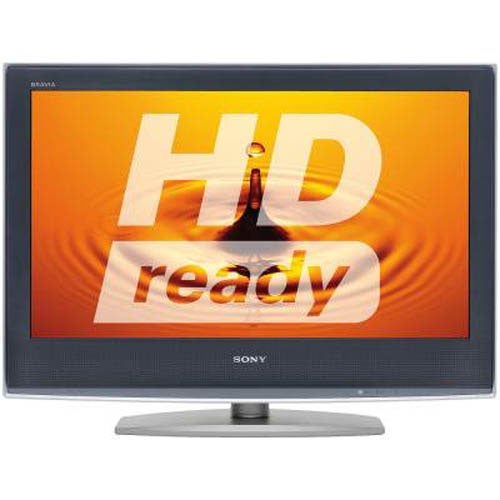 Before we get into the Sony’s ‘front of house’ features, there are a couple of key new things going on behind the 32S2010’s scenes. Probably the most significant of these is a new Bravia Engine image processing system. This replaces the WEGA Engine found on some of Sony’s previous LCD and CRT TVs, and is exciting because it’s the first system Sony has developed from the ground up exclusively for LCD TVs. As such, the rationale goes, Bravia Engine avoids the WEGA Engine picture quality compromises caused by the fact that the older processing system had to work across different TV technology types.


Key elements of the Bravia Engine include full digital image scaling; boosting of low-contrast images to make them sharper and more authentic-looking; processing of blues, greens and white separately on a frame by frame basis to boost colour vibrancy and credibility; and all manner of fancy noise reduction bangs and whistles.

The 32S2010’s other great behind-the-scenes advance goes by the name of Super Patterned Vertical Alignment (or SPVA for short). If this sounds familiar, it’s probably because we also mentioned it in our review of the Samsung LE32R74BDX a couple of days ago. How come Samsung and Sony are sharing a technology? Because Sony actually sources its core LCD panel technology from Samsung.


But before you jump to the common conclusion that this means that Sony and Samsung LCD TVs must therefore perform identically, we should say that from our experience, the picture processing a company uses – DNIe in Samsung’s case, or the Bravia Engine here – makes at least as much difference to the final picture quality as the core panel structure. 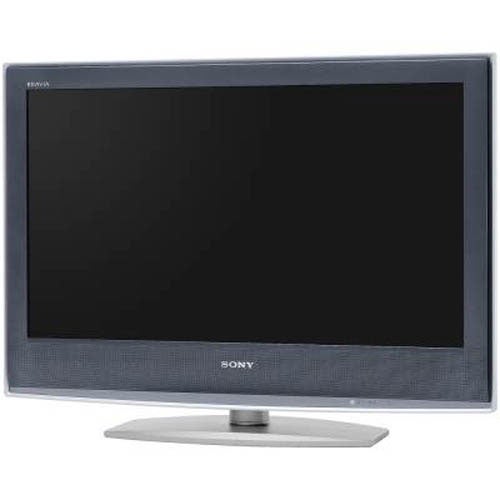 Anyway, getting back to SPVA, it’s a way of constructing LCD pixels via four sub-sections all tilted at slightly different angles so that the pixel’s light is distributed over a wider area. This hopefully increases the effective viewing angle of the LCD panel so that it can be watched from the side without the customary drop off in colour saturation and contrast.


Other facts and figures for the Sony’s LCD panel design include an HD-friendly native resolution of 1,366 x 768 and a very healthy claimed contrast ratio of 1300:1. Interestingly Sony didn’t used to quote contrast ratios for its LCD screens on the grounds that it felt the figures were meaningless, which kind of makes you wonder if its about-face on the idea means that Sony finally has a figure it can feel proud of!


Moving to stuff you can actually play with yourself, the most significant finding is a digital tuner. This comes complete with 7-day EPG support, with you able to use the EPG to directly choose programmes for up to 12 timer recordings, as well as filter the listings according to programme genre.

When it comes to picture adjustments, the most interesting discoveries are black level correction, MPEG noise reduction for smoothing out digital broadcasts, a Live Colour system intended to boost colour saturations, plus gamma and peak white tweaks.


If we’re honest, we haven’t been particularly blown away by Sony’s recent LCD output. They’ve been good, sure, but certainly not spectacular. So it’s a big relief to find the 32S2010 managing a quantum leap forward over anything Sony has achieved before.


Improvement one comes with colours, which now largely avoid any of the curious toning issues seen on previous Sony sets in favour of a palette that’s as natural and wide-ranging as it is vibrant and rich.


Black levels are much better too. So where previous Sony sets have tended to force you to watch dark scenes through a layer of greyness, the 32S2010 delivers blacks that actually look black. This immediately gives the picture much more punch and scale – especially as the black areas also contain noticeably more subtle shadow detail information. 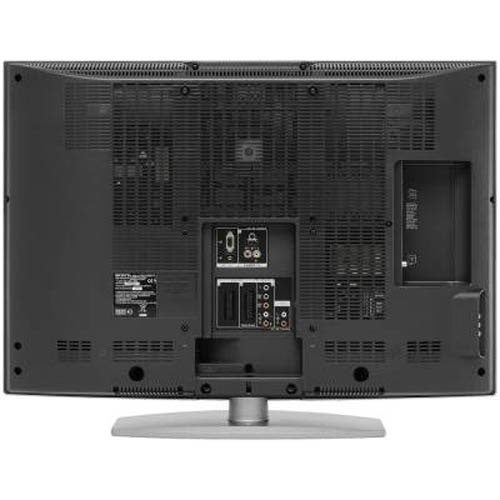 Hats off, too, to the 32S2010’s sharpness. With HD it’s a revelation, as the Bravia Engine does a terrific job of transferring all the lovely fine detail information and clarity of both 720p and 1080i HD feeds onto its screen. In fact, we’ve never seen graphically detailed games like Fight Night 3 on our resident Xbox 360 look better.

A tough, motion-packed HD combination of the England vs Sri Lanka test match on Sky HD and Burnout Revenge on our Xbox 360 reveals the set to have unusually good motion handling properties for an LCD TV too.


Yet more good news comes with the 32S2010’s adaptability, as it proves capable of handling standard definition without anything like such a significant drop-off in quality as we find with many LCD rivals. And SPVA works a treat, making the TV genuinely watchable from a much wider angle than was previously possible.


The 32S2010 does have a couple of niggles. First, black levels could still be improved further in terms of both depth and subtlety. And second, the set occasionally emphasises noise inherent to weaker digital broadcasts.


While we’re moaning, we’d also have appreciated a bit more bass in the set’s audio performance. But as with the pictures, this one audio flaw is pretty easy to forgive considering how many audio things it gets right, such as unusually clear vocals, an open mid range, sweet trebles, and a generally punchy presentation that’s free of harshness or distortion.