In their rush to dazzle us with their biggest, flashest tellies, most AV brands tend to forget that lots of people are still very interested in small screens, for second or even third room use. So it feels like quite a treat today to be able to take a break from the back-breaking, eye-stretching dimensions of our usual TV fare with the much more demure Sony KDL-26EX553.

As you might guess from its name, the 26EX553 is a 26in TV. Though it’s not a particularly small one, in that its bezel is quite chunky by today’s svelte standards, clocking in at comfortably over an inch around all four sides. The bezel on our test sample looks rather mundane with its glossy but also plasticky black finish, too. 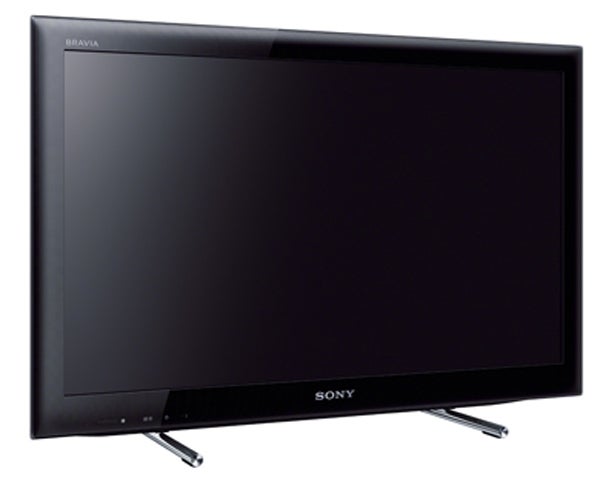 However, the set does claw a few style points back for the way it sits right down low on a pair of little silver legs, and a few more for the way the stand enables the screen to tilt back slightly, giving the little screen an attractive ‘photo-frame’ appearance. Plus you can get the set in a white finish, which actually looks like the prettier option – especially for a kitchen or conservatory environment.

Connections
Our liking for the Sony KDL-26EX553 grows more as we explore its connections. While its two HDMIs don’t set the pulse racing, we were certainly impressed by its multimedia support. For as well as a D-Sub PC connection, you get a USB port (through which you can record to HDD drives or play video, music and photo files from USB storage devices) as well as both LAN and integrated Wi-Fi network options. These permit not only streaming from DLNA PCs but also access to Sony’s latest online services. 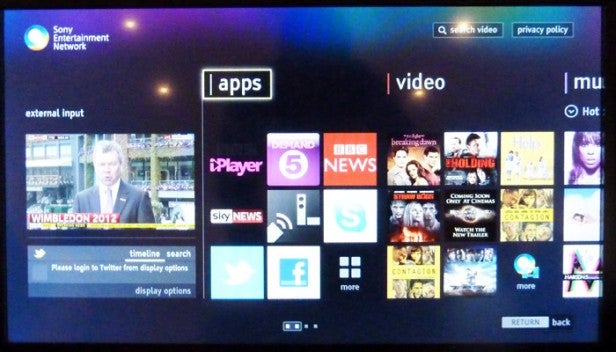 Video streaming
Obviously some of this video content is subscription or rental only, but a good quantity of it is free – much more of it, in fact, than you get with any other rival online TV service. In an ideal world Sony would also add the 4OD and ITV Player apps found on its own PS3, as well as the Acetrax movie cloud service. But even as it stands the latest SEN system is impressive, especially when you consider that you’re getting it here on a pretty affordable 26in TV rather than some uber-expensive home cinema monster.

Considering there’s a good chance that the Sony KDL-26EX553 might end up in a teenager’s bedroom, we should also add here that it carries Twitter, Facebook and Picasa social networking apps, as well as Skype – if you add an optional camera.

Also worth mentioning is the new interface Sony has developed for the SEN platform. This is a huge improvement over previous BIV menus, using lots of attractive icons and a simple but mostly effective structure. It’s perhaps a bit annoying that Sony emphasises its own Video Unlimited and Music Unlimited services by giving them their own dominant onscreen categories. But you can always move Netflix or LoveFilm out of their generic ‘Apps’ menu into an easier-to-access Favourites menu if you like. 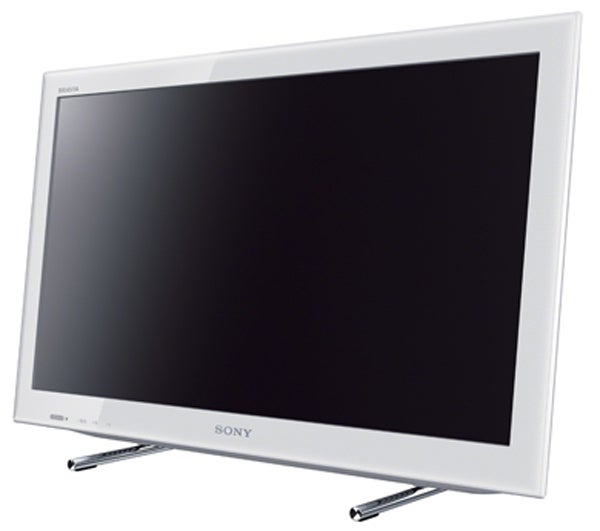 The only annoying things about the SEN interface, really, are that the main menu is a little sluggish to load, and that it would be helpful to have a couple more app categories to make finding apps easier.

Specs
The Sony KDL-26EX553 is an LCD TV with edge LED lighting, an HD Ready 1,366 x 768 resolution, and standard 50Hz processing. We guess the last two specs may seem a little disappointing given that the 26EX553 isn’t the cheapest 26in TV in town. But the set’s multimedia talents and online services are much more important on a small-screen TV it seems to us. And anyway, the set does still get Sony’s X-Reality processing, as well as boasting a dynamic contrast ratio of more than a million to one, which leaves the quoted contrast figures of most small-screen TVs for dead. 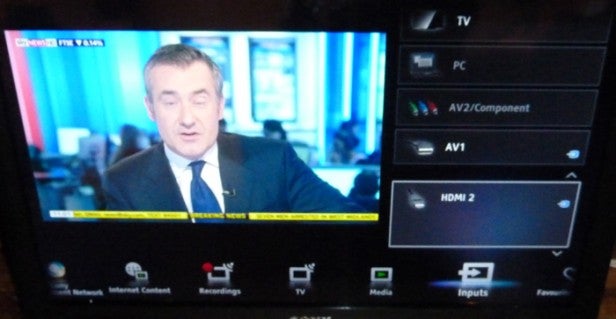 Happily the Sony KDL-26EX553’s expansive contrast claims seem to be more than just hot air, too. It produces the deepest, richest black levels we’ve seen on a small-screen TV for a very long time, if ever. This is a seriously good start considering that we generally consider a believable black level response to be the foundation of any decent picture quality.

As well as dark pictures not suffering with nearly as much greyness over them as we usually see with small-screen TVs, it’s gratifying to see practically zero evidence of the sort of backlight inconsistencies that continue to be quite common in the edge LED world.

As is often the case with screens able to produce a convincing black levels, the Sony KDL-26EX553 proves unusually talented for a small LCD TV when it comes to its colour reproduction. Tones look natural but also reasonably punchy, while the X-Reality system does a good job of injecting more subtlety into the screen’s colour blend reproduction than we would expect. This means that even when watching standard definition there’s less colour striping than you commonly see on small TVs.

HD talk
In terms of sharpness, relatively static HD footage looks pleasantly if not emphatically detailed and sharp – which is probably as good as we could reasonably expect from a TV that only has an HD Ready, rather than a full HD, resolution. Furthermore, Sony’s upscaling processing is good enough to ensure that standard definition pictures look less soft and noisy than they often do on small TVs.

While most things about the 26EX553’s picture performance comfortably exceed expectations, it does suffer with a couple of flaws. First, motion resolution isn’t particularly brilliant, with moving objects suffering noticeable resolution loss and even a touch of smearing at times.

Also, our tests recorded a bit higher input lag figure than we usually find with Sony TVs: around 70ms. This is high enough to potentially reduce your performance if you’re a serious console gamer.

Brightness not the highest
Pictures aren’t the brightest we’ve seen from a small-screen TV either. But while this could be an issue for people wanting a small TV for a very bright room like a conservatory, we’d argue that for more ‘normal’ environments the slightly less aggressive approach to brightness actually helps it produce better pictures overall. 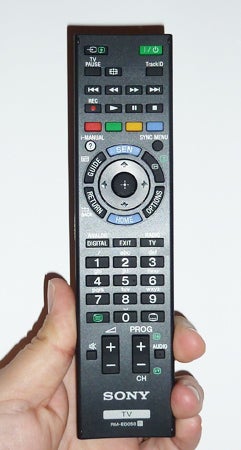 While the Sony KDL-26EX553’s pictures are still ultimately very pleasing, its audio is distinctly average. The soundstage feels rather compressed and ‘boxed in’ even under fairly minimal duress, and becomes very flat and even a bit distorted if you’re optimistic enough to try playing a loud action scene through it. But then the same is true of most other sub-32in TVs as well.

Verdict
Good performance aside, the input and motion lag issues on the Sony KDL-26EX553 are just troubling enough – for gamers, at least – to stop us from being able to give the set a Recommended badge. Plus we did feel a little disappointed to find the set not sporting a full HD resolution.

Despite these niggles, though, the 26EX553 remains a thoroughly superior 26in TV,  combining a good quality panel at its heart with some impressive network functionality to appealing effect.