Which of Sony’s travel zoom compacts is right for you – the latest model or its predecessor? Find out in our Sony HX50 vs Sony HX60 V comparison

With the last year’s HX50, Sony managed to combine an impressive specification and fantastic image quality, making a big impact on the travel compact market.

The Sony HX60V looks to pick up where its predecessor left off, maintaining a lot of the features and design which made it the HX50 popular.

The question is; has Sony done enough to warrant the cost involved in an upgrade, or are photographers better off opting for the previous generation model? 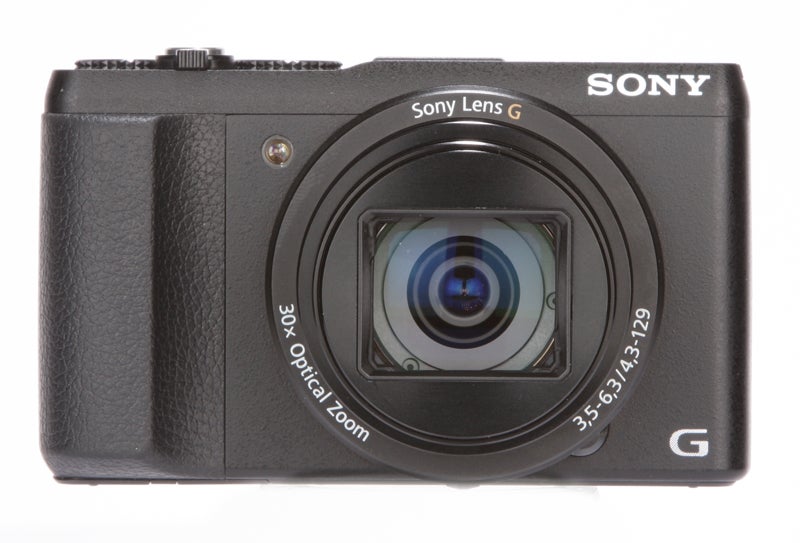 As is the case with any travel compact, one of the key features on the Sony HX60V is its impressive lens.

The 30x optical zoom covers a focal range of 24-720mm in 35mm terms, boasting a maximum aperture of f/3.5 – 5.6 throughout that range. Furthermore, any concerns about image sharpness throughout that focal range are attended to by the dual technologies of Sony SteadyShot and Sony’s Clear Image Zoom.

The former of those technologies also features five-axis image stabilisation technology when shooting video, of which the HX60V captures at 1920 x 1080p and 50 frames per second.
In terms of the camera’s imaging capabilities, the model features the same 20.4MP Exmor CMOS sensor as seen on its predecessor. This is by no means a bad thing as the sensor on the HX50 was certainly capable of some impressive results.

This is no doubt in some part due to the back-illumination technology that the HX60V features, thus improving image quality in low light conditions towards the higher end of the camera’s 80 – 12,800 ISO range.

The model features Sony’s latest Bionz-X image processor, and as such Sony claims it delivers performance speeds up to three times faster than it predecessor. Speed isn’t the only area where the new processor benefits the HX60V as the camera is now also capable of performing area-specific noise reduction and detail reproduction. 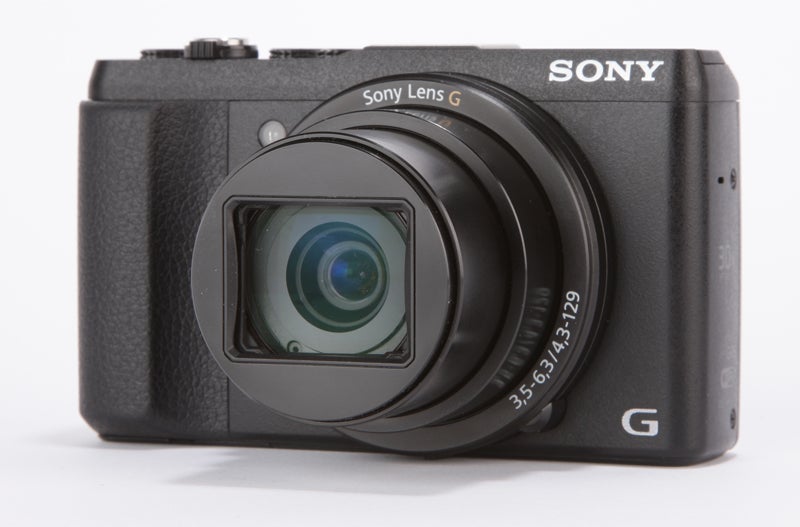 As you might expect from a travel compact from Sony, the HX60V features both Wi-fi and NFC connectivity for wireless transfer of images between the camera and a smart device.

Thanks to it being a Sony device, the model also incorporates Sony’s PlayMemories store. This allows photographers to add extra functionality to their camera through installing various apps, with many available for free.

Although the HX60V doesn’t feature an EVF, it does sport Sony’s multi-interface tool. This allows for an external viewfinder to be attached, although as Sony’s EV1MK viewfinder sports a list price of around £380 you’ll have to have deep pockets to purchase one.

Finally, the HX60V sports GPS functionality allowing for images to be tagged with location information in the field. Should you not require GPS functionality Sony has also released the HX60, a model without GPS technology available for around £20 less. 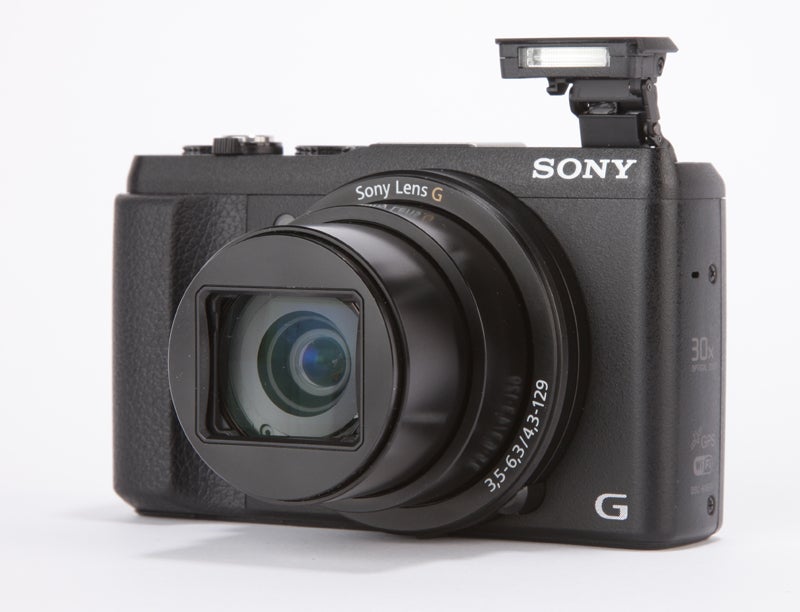 In terms of the HX60V’s design the model is very similar to its predecessor, maintaining the sleek and stylish design and lines.

Although the HX60V is a touch heavier than some competing models such as the Panasonic TZ60, this good design means it handles well and doesn’t feel overly heavy in the hand.
The model features a polycarbonate plastic body and as such certainly feels up to the rigours of a travel camera might face. 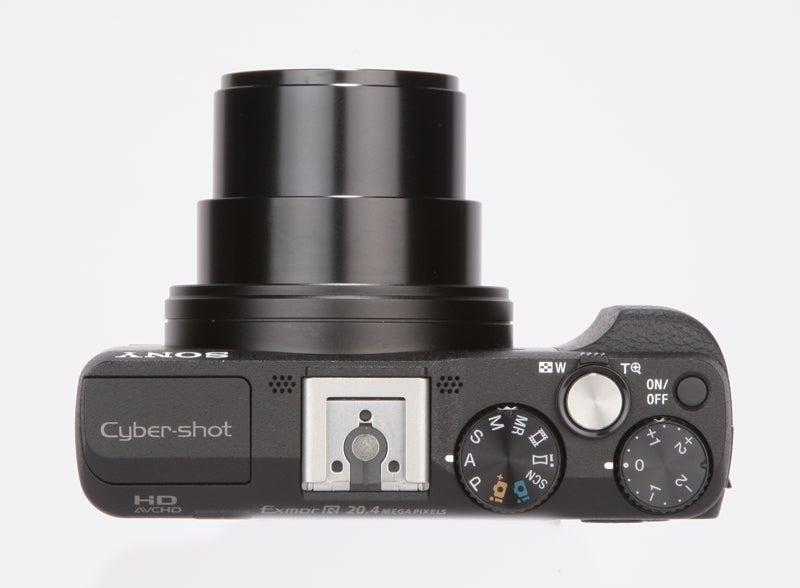 The body also features an ergonomic feel thanks to the presence of a rubberised hand grip, allowing a solid grip of the camera even with the lens fully extended. This is further cemented by a supporting thumb grip on the rear of the camera.

The model’s top plate also features a dedicated exposure compensation dial which, in combination with the multi accessory port, combine to give the a somewhat advanced feel. 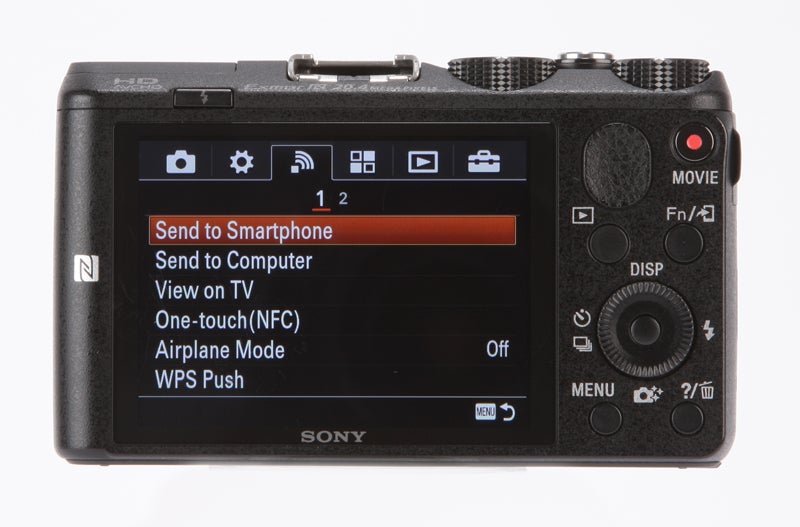 In terms of the camera’s performance you’d expect some pretty impressive results from a Sony travel compact, especially if the performance of the HX50 is anything to go by.

One of the real highlights on the models predecessor was its AF performance, delivering focusing speeds almost as quick as anything on the market.

Impressively, Sony has managed to improve on this area thanks to the addition of the new Bionz-X processor. The impressive focusing speeds are consistent throughout the focal range, only slowing slightly at the tele end of the zoom.

In low light conditions AF continues to impress thanks to a bright and helpful AF-assist beam, although there are times where moving subjects are involved that the HX60V can struggle.

The new processor has also aided with the general operational speed of the camera, with shot to shot speed pleasing and little delay noticeable in any of the camera’s operations. 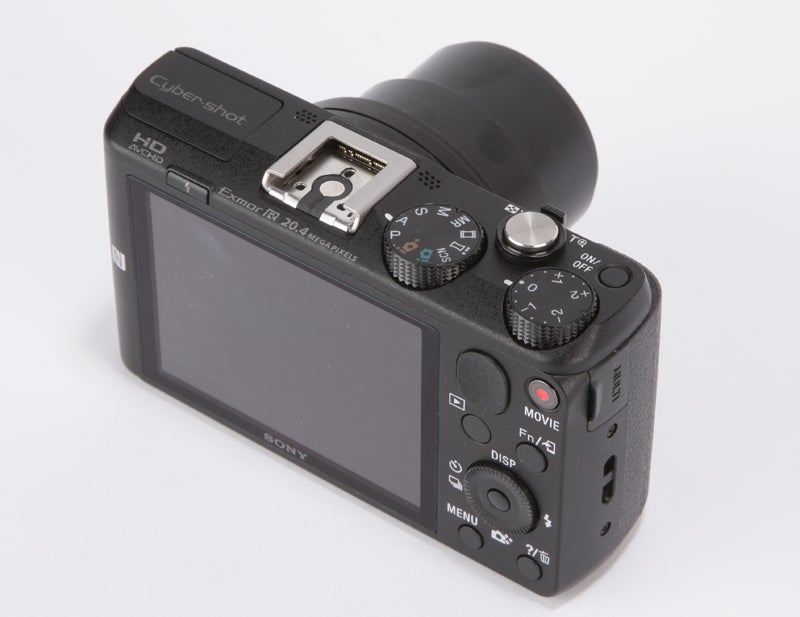 One feature inherited form the HX60V’s predecessor is the model’s 921k-dot TFT LCD screen. Although it is a touch disappointing that the screen has seen some attention in terms of an upgrade, the screen still impresses in terms of performance, only really struggling in bright direct sunlight.

As good as the LCD screen is, there’s no denying that the absence of the EVF is keenly felt, especially when it’s a feature recently added to some of the model’s direct competition. 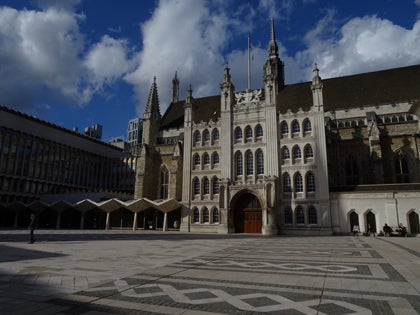 The HX60V’s white balance performance is good, with the model’s auto white balance setting particularly reliable. The model manages to address the scene accurately and select a setting in keeping with what you’d select yourself.

If you do decide to choose the white balance setting, the good news is that thanks to the well thought out controls modification of the fly is straight forward.

As a result of the camera’s reliable white balance, colour reproduction is also consistent and pleasing. Once again if you do wish to modify the colours in your images there are a host of creative pictures effects a touch of a button away.

In terms of auto metering performance, the HX60V does display a slight tendency to underexpose when confronted with unevenly lit scenes. However, this isn’t a major issue and thanks to the presence of an exposure compensation dial it’s one that’s readily remedied.

In scenes which are better lit, however, the model’s multi-pattern metering set-up does an admirable job.

When you consider the relatively small sensor size, the HX60V also displays an impressive dynamic range. Images display a good level of detail in shadow areas while highlights are also maintained in particularly contrasty scenes.

Thanks to the addition of area-specific noise reduction, the HX60V generally improves on the performance of its predecessor when it comes to high ISO image quality.

Although there are still some issues pertaining to noise reduction when it comes to fine detail at higher ISO settings. Images captured up to ISO 800 retain sufficient detail for enlargements, while right up to ISO 3200 images improve significantly on their predecessor.

There’s no denying that the Sony HX60V does improve on its impressive predecessor, the HX50.

The addition of a new processor results in a bevvy of operational and performance improvements, while the features carried over continue to impress.

However it must be said that the HX60V arrives in a more competitive market than its predecessor, with the Panasonic TZ60 and Nikon S9700 particularly impressing.

So if you’re looking for a travel compact that delivers excellent image quality the HX60V remains a good option, although it could maybe have done with a few more improvements. 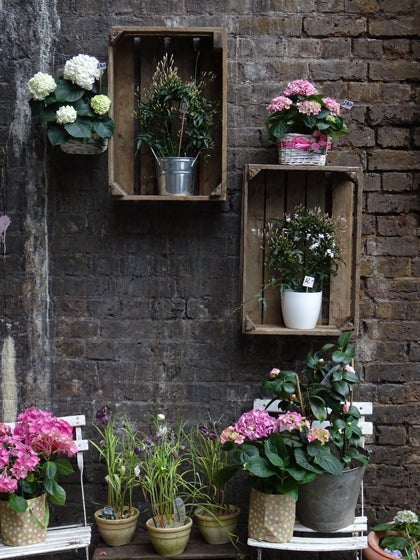 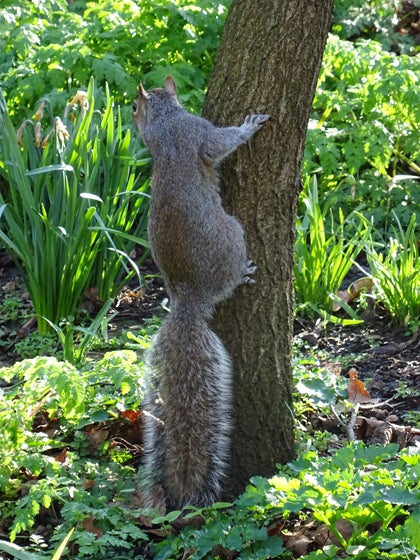