Sony was the first manufacturer to introduce consumer high definition cameras to the UK in the shape of the HDR-HC1E, and although manufacturers are now turning away from the tape-based HDV format, Sony has continued to release models. The HDR-HC9E represents the fourth generation of Sony consumer HDV camcorders, and is essentially a development of the HDR-HC7E.


The HDR-HC1E was also Sony’s first HD camcorder to use a CMOS sensor instead of a CCD one, and the HDR-HC9E continues that tradition. It uses the same 1/2.9in sensor as the HDR-HC7E, which has a gross 3.2-megapixels. Only 2.3-megapixels are used when shooting video, but Sony employs interpolation to boost still image resolution to 6.1-megapixels for 2,848 x 2,136 photos. This is the same as the HDR-HC7E. The image stabilisation is Sony’s Super SteadyShot optical system, rather than the (admittedly fairly decent) electronic system found in all predecessors except the HDR-HC7E. We found Super SteadyShot very effective during testing. 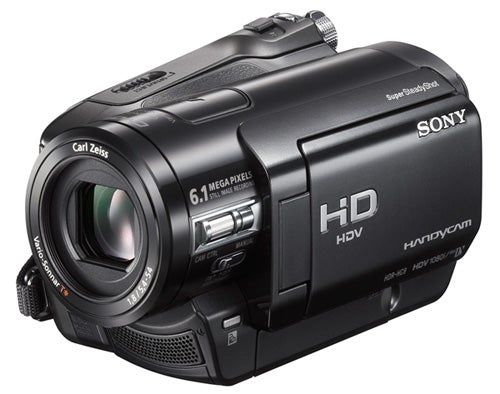 Now that HD video has bedded in, assistance for the novice seems to be the focus for camcorder manufacturers. Sony offers loads of handy advice via its built-in Guide, which is divided into four subsections, accessed via the touch-sensitive LCD. The ‘Shoot Guide’ takes you through what all the Scene modes actually do, and enables you to set the one you want. It also offers an alternative route to spot metering and focus, exposure, and other settings, with more explanation of why you might want to use these than is available via the usual menu.


The ‘Cnnect Guide’ provides a pictorial guide to hooking the camcorder up to an external device, and only changes settings when you down-convert from HD to SD. 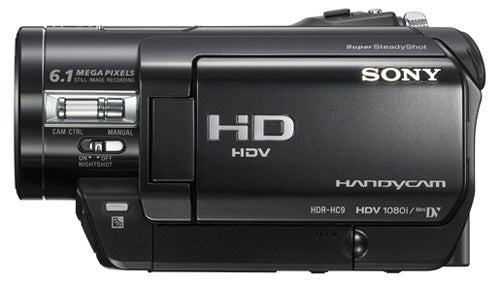 The ‘Display Guide’ is also primarily explanative, and tells you what on-screen symbols mean – just click on the one you don’t understand. The ‘Useful Guide’ includes settings which don’t fit into the other categories, such as setting the recording format. However, although Sony’s Guide covers a lot more ground than Panasonic’s Intelligent Shooting Guide, as found in the HDC-SD9, you still have to invoke it and trawl through the options to use it. This will probably mean novices won’t use the advanced functions as much as those found in the Panasonic, which are more ‘in your face’.


Fortunately, the Guide hasn’t replaced the P-Menu and so more seasoned users can still get directly to the settings they want. Scene modes include Twilight, Twilight Portrait, Candle, Sunrise-Sunset, Fireworks, Landscape, Portrait, Spotlight, Beach and Snow – a comprehensive selection. Alternatively, you can manually set the shutter between 1/6th and 1/10,000th, and vary the exposure, although there is no guide as to how the latter relates to F-stop or gain settings.

You also get useful functions like Auto-Exposure Shift and White Balance Shift, plus the excellent spot focus and metering, where you simply touch the point on screen you would like to be in focus and properly exposed. The Smooth Slow Record system, first seen in the HDR-HC3E, remains. This buffers up to three seconds at four times the usual frame rate for smooth playback at the normal speed, although the video quality is reduced. Sony has also provided control over saturation via Camera Color, an X. V. Color setting, and Sharpness, although all of these require a trip to the full menu system.

However, the HDR-HC9E is no enthusiast camcorder. About the only discrete buttons available operate the Nightshot modes. Although there is an accessory shoe, this is Sony’s proprietary Intelligent version, rather than standard-sized. So you will only be able to attach Sony’s own peripherals. But at least minijacks are available for headphones and an external microphone. Annoyingly, the point-and-shoot orientation of the HDR-HC9 also means it has no lens ring. However, it does have a little wheel next to the lens which does the same job fairly well. Apart from that, a solitary button on the right hand side enables the tiny flash, which lurks inside a pop-up flap to the right of the lens. 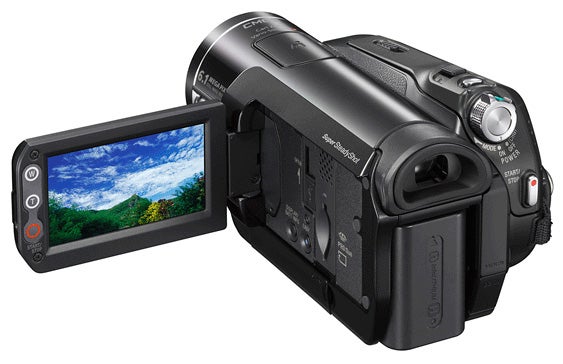 Traditionally, CMOS technology has been associated with a slight reduction in image quality compared to CCDs. However, Sony has done a good job of correcting for this electronically with its ClearVid technology. The new Exmor CMOSes are supposedly even better, but the HDR-HC9E doesn’t come with one of those. We’ll have to wait for the HDR-SR12E to put Exmor to the test.


The HDR-HC9E is still a great performer, however. In bright sunlight, colours exhibit the saturation we have come to expect from Sony. The default picture is a little too sharp, but you can drop this back a little using the manual controls. Colour balance is also excellent, and thanks to the current superiority of HDV over AVCHD compression, the overall picture beats any AVCHD camcorder we have yet tested, including Panasonic’s HDC-SD9. But Canon’s Canon HV20 still offers marginally more naturalistic colour. You can reduce the HDR-HC9E’s saturation using the Camera Color setting, but the HV20 has the edge.

The is more pronounced as the illumination decreases. Sony has actually increased the HDR-HC9E’s lux rating (a measure of lowlight sensitivity) to 5, where the HDR-HC5E and HDR-HC7E were rated at a more sensitive 2. In the equivalent of a living room lit by a 100W ceiling light (quite a common shooting situation for home video makers), the Sony still maintains a good colour balance, with plenty of saturation and just a hint of the duller conditions. However, if you compare this to what the Canon HV20 can achieve with gain on maximum and 25p shooting mode enabled, the HDR-HC9E’s image is not as clean and detailed. A bluish grain is visible, which reduces clarity. With the light reduced still further (to the equivalent of a nearby candle), most of the colour information is lost, although dropping the shutter speed to 1/25th improves this considerably. However, the bluish grain also increases, further reducing detail. 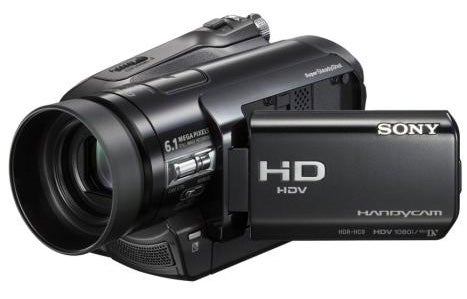 Although AVCHD is fast becoming the standard for high definition camcorders, pushing the older tape-based HDV models out the way, the earlier format still has its strengths when it comes to editing. Now that virtually all editing software supports it, including the Windows Vista version of Windows Movie Maker, you will have no issues with the HDR-HC9E’s footage. Aside from the requisite 4-pin FireWire jack, it also sports proprietary connections for component and composite video, plus RCA audio, although the breakout cable for S/video is an optional extra. A full-sized HDMI port is available, and the venerable LANC microjack is still included. 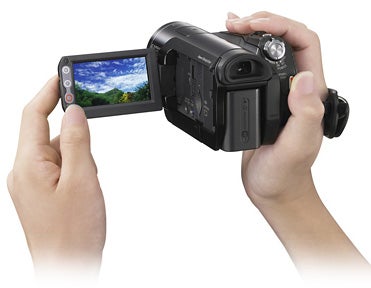 
Sony has consistently been dumbing down its high-end consumer HD camcorders. Where the HDR-HC1E was an enthusiast’s dream come true, its successors have increasingly focused on ease of use over semi-professional features. Although the HDR-HDC9E offers great image quality in all but the worst illumination, Canon’s HV20 beats it in this respect, and the very similar HV30 is likely to as well. The Canons also have more features for the budding professional, as well. So the HDR-HC9E is a great high-end choice for point-and-shoot HD video, but not one for more serious usage.