The Z750i is a 3G handset and my review sample came from 3 where it is a freebie on various contracts. It is a clamshell phone and ostensibly could be seen to share some features with the Z555i which I looked at a couple of weeks back. But the Z750i is a superior handset in every respect, from its outward design right through to its features set.


So, you’ll have worked out already that this is a 3G mobile. It is an HSDPA supporting handset and is also quad-band GSM so it should be able to get a connection pretty much anywhere. 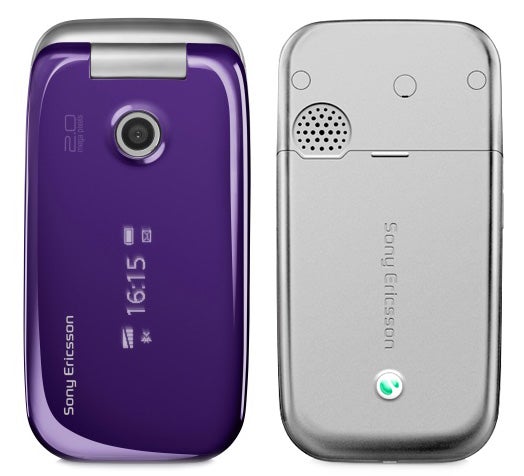 Purple is one of the colours of the moment and this mobile is exclusively in purple on 3. Or rather I should use the description Sony Ericsson prefers, ‘mysterious purple’. Your other colour choice is ‘platinum silver’ which 3 can also do for you. I have to say that the purple, which is rich and dark, is rather nice as a colour, but I prefer the matte metallic back of this handset to the mirrored and Christmas decoration-ish front. Neither is in any way mysterious.


The front fascia looks plain unless its embedded OLED display has a reason to spring into action. The display is a mere 36 pixels high and 128 pixels wide, and appears lengthways on the front of the phone. It’ll kick in to show what tune is playing, or let you know who has sent an incoming SMS message or who is trying to phone, for example.


I found that it isn’t as clear as some. Its pale lavender-coloured text is only really noticeable if you are looking for it. A sideways glance at the phone while it’s sitting on a table often isn’t enough. I had to pick the phone up to see what the OLED display was trying to tell me quite often.

Clamshells handsets don’t always capture my attention as much as other formats can, and I am not the biggest fan of this design. The lower section is slightly taller than the upper one, and the hinge is not quite at its upper end. The result is that about a centimetre of this phone’s height looks like unnecessary design frippery. I am sure technology is crammed in, but visually it doesn’t work well.


A key advantage of a flip phone, though, is that they can have a small footprint and yet have room for a large screen and keyboard. So, let’s test that.


Inside the clam the main screen is a wonderful thing. It measures 2.2 inches across diagonal corners. It delivers 240 x 320 pixels and 262 thousand colours, and is of the usual high standard I’ve come to expect from Sony Ericsson. No complaints there. 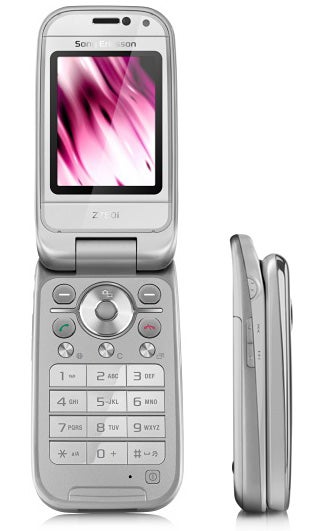 The keyboard area can be a place Sony Ericsson lets itself down. Small and oddly shaped keys might look nice but they can be pesky to use. So it is a relief to see that here the emphasis is on a great number pad and well spaced – and well shaped – ancillary keys. The number pad keys are large and raised from their surroundings. If you are a high speed texter and want a number pad that won’t hamper you, this could be ideal.


The navigation button is, like all the buttons apart from the number pad, shiny sliver. It has a shortcut to multimedia content on the up press, one to messaging on the left press, profiles on the right press and contacts on the down press. The central select button takes you from the home screen to the phone’s main menu.


Meanwhile there is a separate button for Sony Ericsson’s My Shortcuts area which I like so much. Its tabbed sections give you access to alerts, running applications, a set of shortcuts to apps and Web shortcuts.


Add in a pair of softmenu buttons and Call and End buttons and this is a handset whose main keyboard is nicely appointed.

However using the camera is another matter. There is no side button launcher or shutter for the camera. It shoots at a mere 2-megapixels and has no light, self-portrait mirror or autofocus.


The lens sits on the front fascia. When you are in shooting mode an area to the top of the screen is taken up with information about settings so that the space you have for framing is limited to less than the full screen. Despite that shots were easy enough to frame and shoot. Sadly image quality was not that great and it’s easy to get blurred images if you don’t hold the phone very steady. 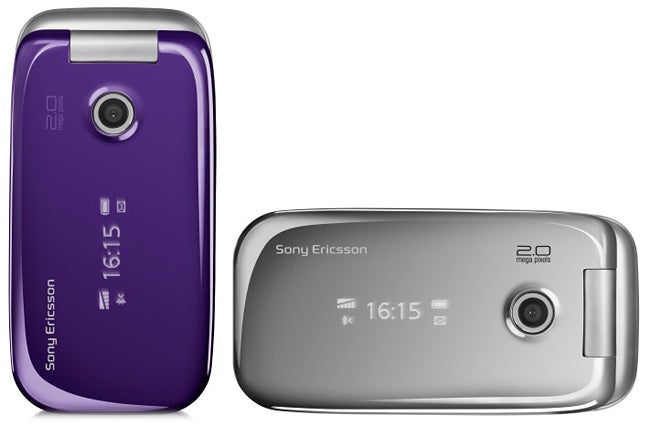 The coloured dish, photographed indoors under household lights, has reasonably good colour reproduction and is passable. Outdoors the photo of the chair shows some of the camera’s problems. The parts of the chair in the shade are a little pinkish, while the area in full sun is over exposed and lacks detail. On the other hand the flowers have been captured reasonably well with fair colour accuracy.


The phone plays music of course. Its rather small 32MB of built in memory is easily augmented using the side-mounted Memory Stick Micro card slot and 3 provides a 128MB card to get you started. Chances are you’ll want to upgrade that very quickly, but it’s a start.


The battery gave me 10 and a half hours of non-stop music from a full charge, which is pretty respectable.


Apart from the software already mentioned, a recognisable range of Sony Ericsson extras is included with the likes of MusicDJ, PhotoDJ, VideoDJ and trackID among them. Other stuff includes an FM radio, Web browser, alarms, calendar, to do manager, notes taker, timer, stopwatch, calculator and Bluetooth.


The front OLED display is not as clear as it could be and the camera is disappointing, but Sony Ericsson has come up trumps with the interior keypad design. 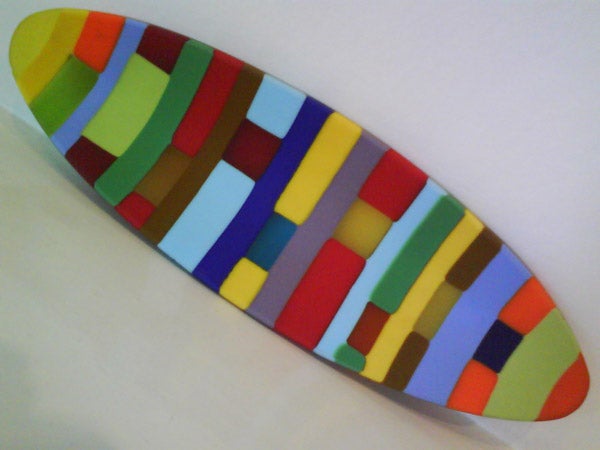 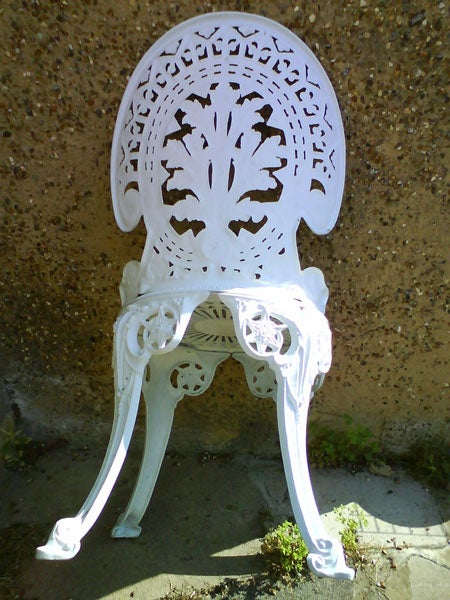 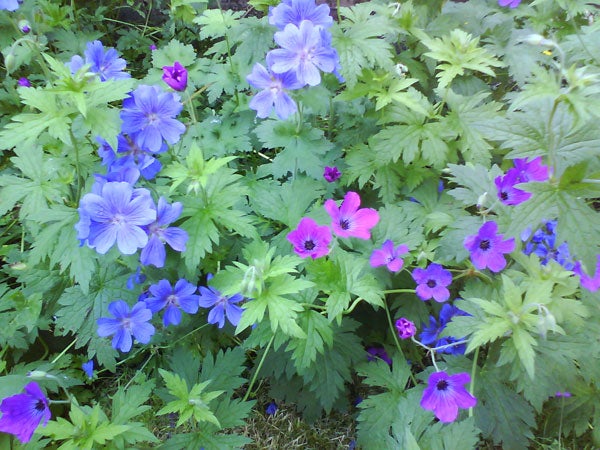 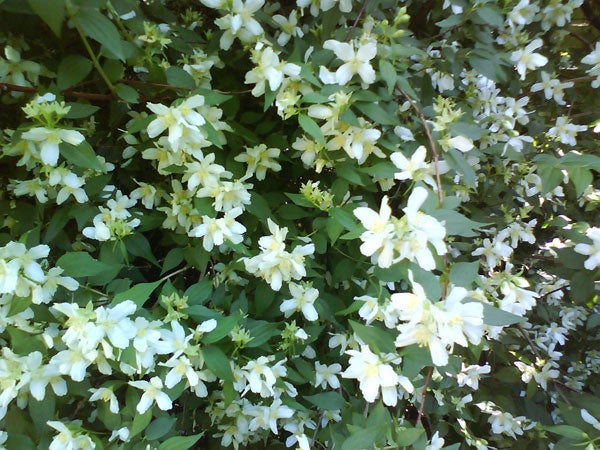