Sony Ericsson has had a bit of a topsy turvy time with its Android phones over the years. Its first few attempts, including the Xperia X1 and Xperia X10, didn’t quite get the balance right but the X10 mini and X10 mini pro both impressed us and were intriguing options if you were looking for a particularly small phone.

The company’s latest attempt, then, is the Xperia X8. It sits somewhere between the X10 mini and full-size X10 in terms of size, making for a small-but-not-tiny Android smartphone. It’s also relatively inexpensive at just £130, or free on £15pm contracts.


The X8’s design is a tough one to nail down. It’s clearly not the most elegant device going and its plastic construction certainly makes itself known. However, it feels solid and well put together, and has a certain charm. If colour’s your thing, you’ll be pleased to know the backplate is available in a variety of thereof, though the front remains pearlescent white whichever you choose. 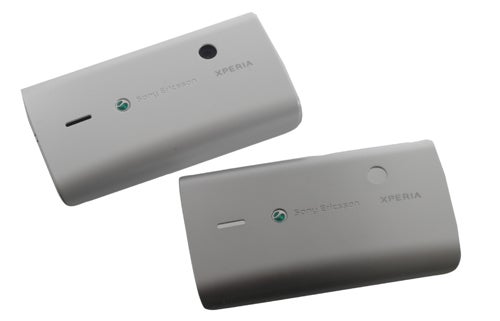 Where perhaps the phone most prominently shows its budget orientation is the front and more specifically the screen. The markedly grey (rather than black) and plastic 3in rectangle is slightly recessed into the bezel, which slighty hampers usability. The bezel is also rather wide, making the screen appear smaller than it actually is. 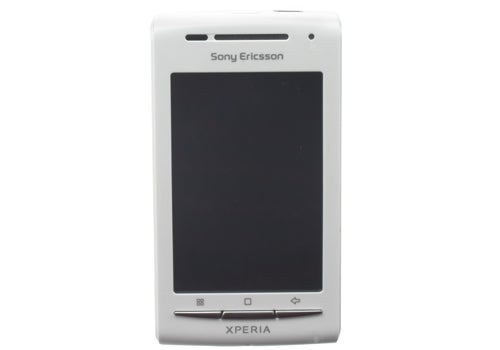 Otherwise, the general hardware of the X8 is rather impressive. The three buttons under the screen are responsive and easily distinguished while the sides are home to more features than you might expect at this price.


Up top there’s a microUSB socket (underneath a somewhat annoying plastic flap), the power/screen lock button, and headphone socket that is compatible with Sony Ericsson’s inline headsets – thus the odd shape. A headset that provides reasonable quality audio and decent noise isolation comes in the box however it isn’t actually of the aforementioned Sony Ericsson proprietary type.

The left and bottom edges are devoid of features but on the right is a volume rocker and, joy of joys, a shutter button for the camera. Finally, there’s the camera itself that sits on the back, sadly without an LED flash to accompany it.

Turn the X8 on and, though somewhat lacking in contrast and punchiness of colour, the screen looks rather nice. With 320 x 480 pixels packed into its 3in frame, it’s sharp and can fit a surprising amount of detail in, and viewing angles are very good too. 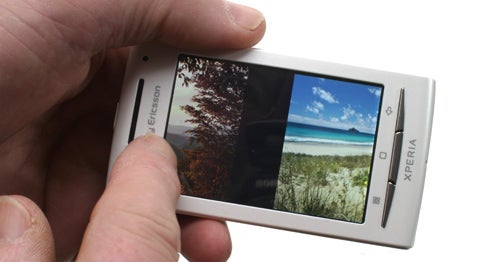 However, there’s no getting away from the size limitation. Clearly it’s not going to be the best choice for watching video but most crucially the onscreen keyboard suffers. It actually seems to be a combination of the size of the screen and its sensitivity (or lack thereof) but, regardless, it doesn’t result in a great typing experience. We reckon we were typing at considerably less than half the speed we normally would to get a reasonably accurate response, and even then it was still more error prone than we’d like. 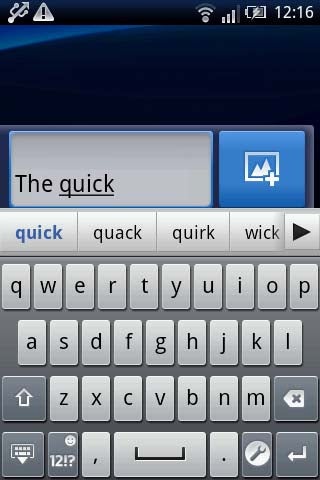 What makes up for this issue, however, is that you have a surprisingly powerful, fully-fledge Android smartphone at your fingertips so browsing the web, checking your email, finding your way, and playing games are all activities that this phone is surprisingly good at. What’s more, Wif-Fi, GPS, a digital compass, and 3G are all onboard so you’re not left wanting for these core features.


With only a 600MHz CPU (as opposed to the 1GHz+ chips used in most larger rivals) and 168MB of RAM (512MB is more common on larger phones) onboard, it’s not the fastest phone going but the majority of games still work and thanks to Sony Ericsson’s interface tweaks, the phone feels reasonably nippy. Start running lots of apps at once and it does start to slow down – indeed the low amount of RAM means these slow downs kick in earlier than most devices – but this didn’t happen so frequently as to be a significant annoyance, and if it does happen you can just close the offending app. 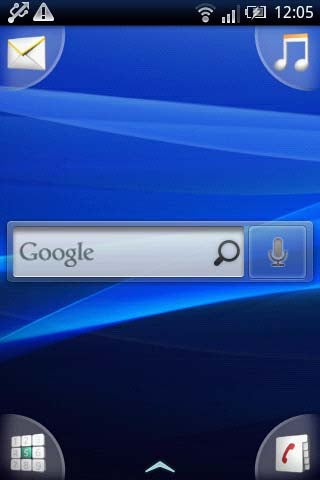 Where the interface tweaks are most noticeable is on the homescreen. Gone is the option to add multiple grids of shortcuts to your favourite apps to be replaced by just four shortcuts: one in each corner. These can be easily customised and you can access the rest of the apps by pressing the menu button or swiping upwards but it’s obviously a bit limiting.


Filling the centre of the screen can either be nothing or you can add a single widget. Swipe left and right and you can add multiple further widgets (we got up to 11 before giving up). 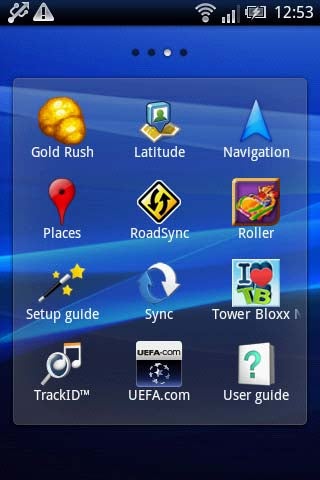 As with the X10 mini and X10 mini pro these changes makes navigating the small screen that much easier, so the limitations don’t feel too restrictive. However, while the X10 minis seemed that much more worthy of the compromise, due to their particularly small size, the X8 isn’t quite small enough. Its squat design means it only really has an advantage in height over much larger-screened devices. At 54mm wide, it’s little narrower than most, and its 15mm thickness is positively tubby. That said, it’s also worth remembering that this is a budget phone as much as anything else.

Currently the Xperia X8 runs the 2.1 version of Android, which is two iterations behind the latest available version. You still get all the really core functionality though so shouldn’t be left wanting for too much. A number of the standard apps have been modified anyway to better fit the cramped screen. 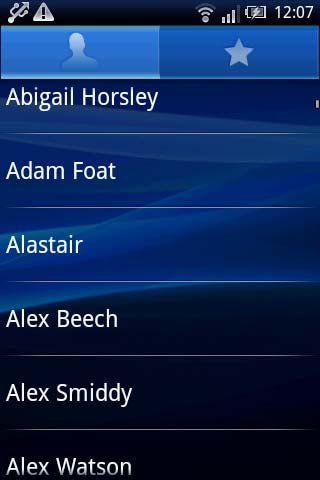 Contacts are displayed in a long list – with five names fitting onscreen at any one time – which can be a bit of a pain to scroll through given this version of Android’s slightly stuttery scrolling. Social networking integration is supported, via Sony Ericsson’s Timescape app but the profile pictures aren’t shown on the main contact list. Click through to a contact, however, and you can see the person’s latest picture along with the rest of their info – bizarrely, the favourites page only shows pictures with picture-less contacts shown as silhouettes. Tap the Facebook icon for a contact and you can go through to their profile, or tap the Timescape (infinity) icon and their Timescape profile is shown. 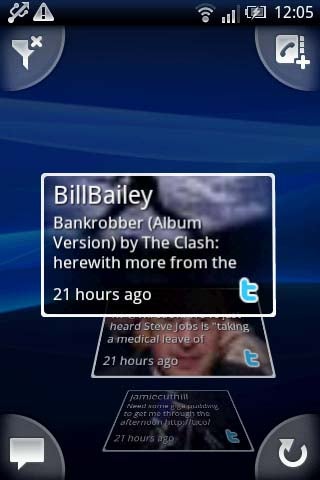 Timescape is Sony Ericsson’s social networking app that brings together Facebook and Twitter feeds into one stream of information. You can add a Timescape widget to the homescreen and just flick through the timeline at your leisure. Tap an update and you’ll be taken to the full app so you can reply. It’s quite a nice simple addition that makes keeping up with your social networks that little bit easier but the silly virtual card interface of the main timelines could do with simplifying. 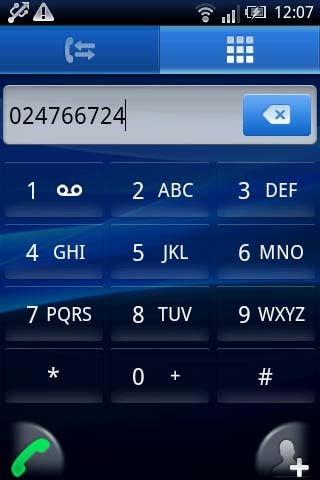 Meanwhile, the dialler, which is limited to just the dialler and recent calls list, works fine but doesn’t have intelligent contact matching so you always have to type out the whole number. 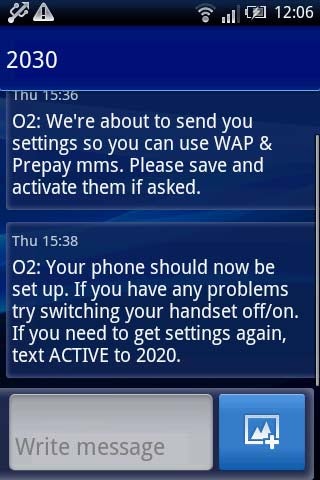 Standard apps for Facebook and Twitter don’t come installed but you can download them from the market place and they work surprisingly well on the smallish screen. Indeed, most normal MarketPlace apps should work fine on this device, assuming they’re not too demanding of the CPU speed. 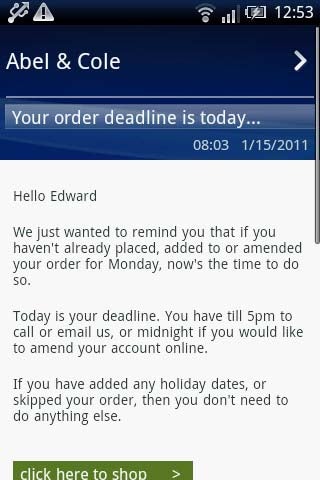 SMS messages are well handled by a simple interface that keeps messages arranged by contact for easily keeping track of conversations. However, email doesn’t hold up quite so well. There’s no option but to have it try and squash whatever email you’re viewing into a narrow column, which makes HTML emails go all over the place. And with no option to zoom in and out, you’re stuck scrolling around trying to find where its randomly decided to put the various graphical elements. This is a shame, as it’s otherwise a reasonably nice to use interface.

The web browser lacks pinch to zoom but otherwise does a good job of properly rendering full web pages with the onscreen controls (or double tap) for zooming working quite well. Considering the slow CPU, it’s reasonably nippy as well, though you can guarantee that if and when Adobe Flash support arrives it will destroy performance. 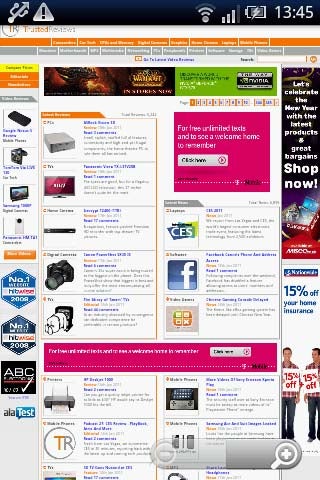 Tweaks have been made to the Picture, Music and Video players/viewers with all three refined for the small screen. Though the improvements are all minor, they all actually improve the experience, though the video player is pretty limited both due to the slow processor and lack of format support. 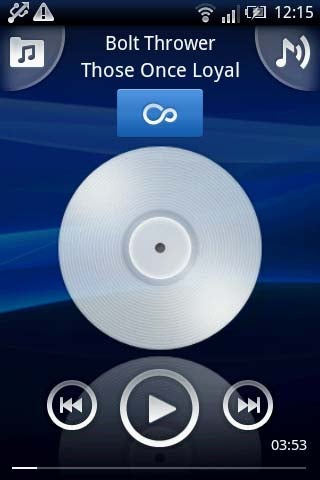 All the other usual Google features are present and correct with GoogleMaps and GoogleNavigation again appearing surprisingly responsive. 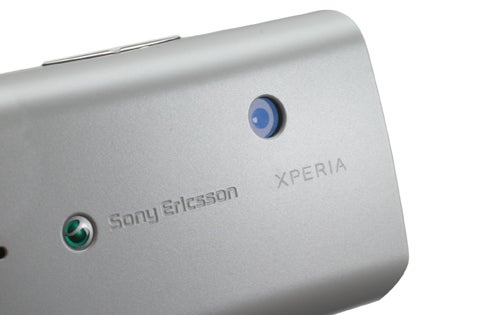 It may well have a shutter button but otherwise the 3-megapixel camera is something of disappointment. It lacks autofocus, has no flash, struggles to pick up much detail, and is not up to much in dark situations. In its favour, it does at least produce reasonably natural looking colours with no obvious lens distortions. Again, it’s worth noting that this is technically a budget camera, though, so one can’t be too disappointed. 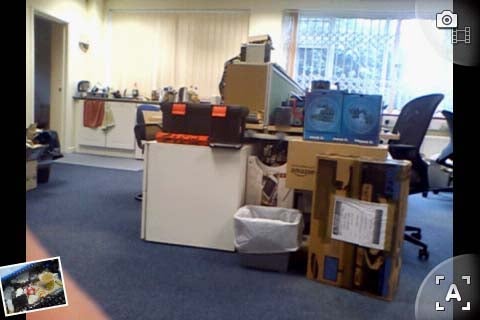 As for video, it’s standard definition only and suffers the same general limitations as stills but otherwise it produces smooth looking video that is perfectly watchable thanks to its 30fps.

One thing you may not expect to find in such a cheap phone is a microSD slot but find one you do here. It will take cards up to 16GB with a 2GB card in the box, and with only 128MB of onboard memory you’ll probably want to upgrade this sooner rather than later. Also under the backplate is the 1200mAh battery, which we found somewhat lacking, at least when using the phone in its default state. Going into the settings and turning off automatic updates for Timescape meant we could get two days use out of a single charge, up from a day or less with automatic updates left on.


Finally we come to call quality and you probably won’t be too surprised to here this smallish phone doesn’t set any new records. It’s simply adequate for both earpiece and speaker calls.


The Sony Ericsson Xperia X8 is in some ways quite an impressive device. It has all the features of a fully-fledged smartphone yet is smaller and considerably cheaper than most. However, it somehow doesn’t quite all come together with it being compromised on performance yet not small enough to justify being so. It’s not bad, just not brilliant, and there are better cheap Android smartphones out there. 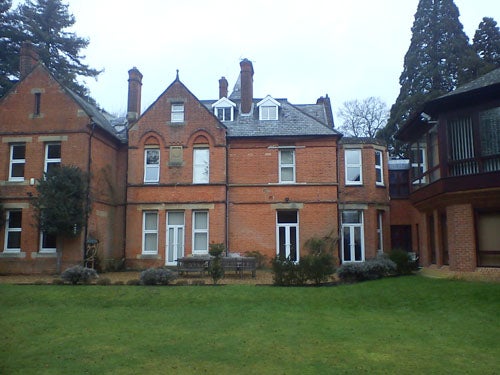 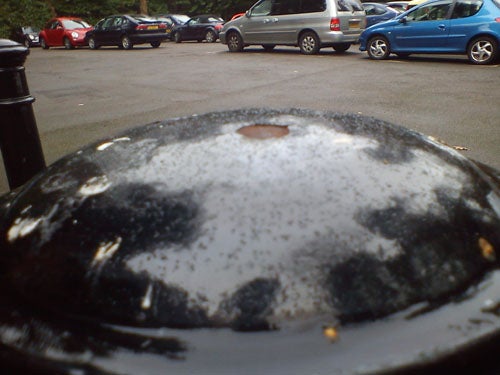 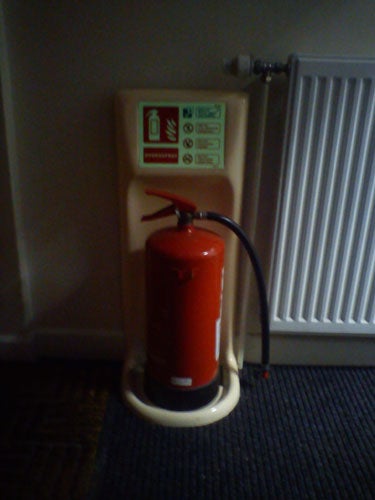