The W960i is, on the face of it, the mobile every smartphone fan should want. Stylish to look at, full of data rich capability with a Walkman button, camera and strong on-paper specifications, it packs in the features.


Now, I’m a smartphone user, but I’ve never been that big a fan of UIQ, at least as it is implemented by Sony Ericsson. I know the operating system is powerful and I know it is capable of a lot. I know there is oodles of supplied software, and I know that it has plenty of fans. But quite simply, I just don’t find the user interface intuitive, nor the insistence on using sometimes teeny touch buttons very user friendly.


This goes right back to first principles. I’m a great believer in mobile phones that are easy to use, and that goes for phones aimed at every level of the market from those that just want to make a voice call and send the odd SMS to those that want mobile email, music, the Internet, video calling, handwriting recognition and the whole shebang.

Long-time readers will recall that this time last year I looked at Sony Ericsson’s W950i, this phone’s predecessor. It got a six out of ten overall score and the reason for that was the user interface. What has the W960i done to move things along?


A little bit, but not enough.


Sad to report there are still teeny tiny touch icons which require some precise fingertip control to hit accurately. Sure, you could pull out the stylus from its housing on the phone, but that’s an extra process and one many users will get fed up with quickly.


Sometimes finding what you want is also a challenge. You want to get to the video player? Work out that the touch button with four dots on it takes you to the main menu and cruise around the icons. Find the one marked ‘Multimedia’ and select it. Camera, RSS feeds, PlayNow, Picture Gallery, More applications. More applications takes you to the Web for downloading. No video playback, though. OK, let’s try the Entertainment group instead. Aha! FM radio, Online media, MusicDJ, Sound recorder, two games, and Video.


I don’t understand why these two groups aren’t conflated into one, and no, you can’t alter the structure. Once you are experienced with the phone it’s probably not a significant point, but there is a definite learning curve.

I also happen to think there is too much of a mish-mash of controls on the phone. There is a very good number pad under the screen which is made up of large keys that are easy to hit. Well done there, Sony Ericsson.


But above the number pad is a single row offering the Walkman button, Back and Clear keys. Then, above this, is a set of touch buttons that pop up when you are using the music player, and allow you to pause, play and go backwards and forwards. Finally there is a row of up to three buttons on the bottom of the touchscreen itself, plus all the various other touchscreen controls. You are going to need to read the manual to take it all in.


Oh, and while I am grumbling, the phone takes ages to boot up. If you like to turn your mobile off overnight to save battery power the slow morning startup is going to annoy you, especially because the boot is two-part. First switch on, wait a while, then choose between ‘Phone On’ and ‘Flight mode’ and wait some more. 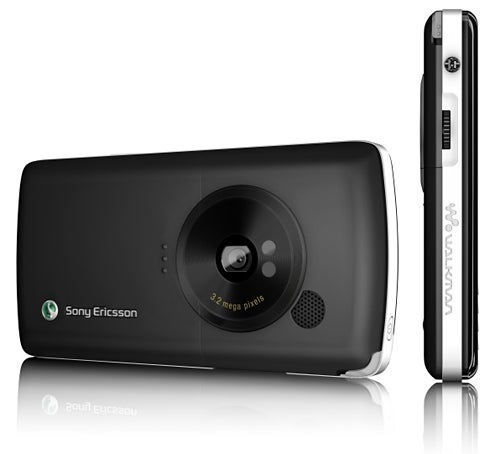 On the plus side the screen is fitted flush to the outer fascia, so hitting the tiny icons that lurk on a row along the top of the screen is a little easier than it was on the W950i as that phone had a recessed screen. This is really important as the small ‘buttons’ offer delights like quick Bluetooth activation, use of the built in Wi-Fi, task manager for switching between running apps and closing any you don’t need, and a really useful ‘new’ menu for creating SMSs, appointments, emails, contacts, tasks, notes, voice recordings and more.


The scroll wheel that sits on the left edge of the phone is great for moving around and I like that it scrolls off the bottom of any list and then automatically moves back to the top again.


The music player is superb. Well, except for the miniscule tappable icons for repeat and shuffle modes and getting to the equaliser. The scroll wheel gives you neat control of playlists, and I got a very impressive 12 hours seven minutes of music from a full battery charge.


I’m miffed that Sony Ericsson still insists on its proprietary headset connector, which uses the port you also need to use for charging the battery. There is a 3.5mm connector past the microphone so you can use other cans if you prefer, but I really want Sony Ericsson to go 3.5mm on the handset in future mobiles – perhaps even to build the FM antenna into the device itself, rather than rely on the headphone or mic cable doubling up as the antenna (listening to the radio over speakerphone could then be a cable-free prospect too).

The screen is large – I measured it at 2.6in diagonally, and its 240 x 320 pixels make it easy to read, though I did find it a little difficult to see clearly outside in bright sunlight.


There is a front-facing camera for making video calls, and the main camera shoots stills at 3.2-megapixels. It has a dual LED flash, which I found better than a single light for indoor shooting, but there is no auto mode for the flash – it is either on or off. There is a macro mode and auto focus. 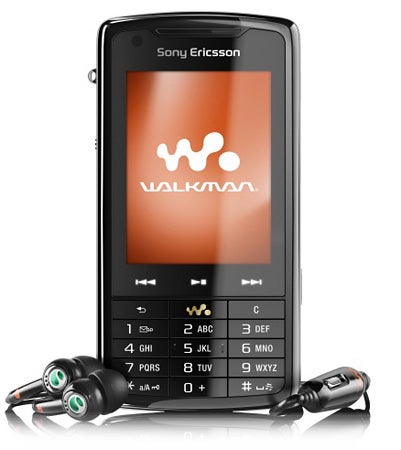 The camera performance was variable under testing. The coloured dish shot as usual under normal household lighting conditions with no flash is a little dull but the colour reproduction is good. The pink flowering plants are overexposed though, which doesn’t bode too well for generic outdoor photography, and I noticed a bit of shutter lag which doesn’t inspire confidence when taking action shots.


However the macro modes shots I took were superb. I got very close to the plants with frost on them and the quality of the image is really quite good with plenty of detail captured.


You could argue that because of the flat screen and the cameras I should give the W950i a slightly better score than its predecessor, the W950i. But I don’t think this is enough of an improvement. I wish Sony Ericsson would take the very capable UIQ and seriously overhaul the user interface. Please… 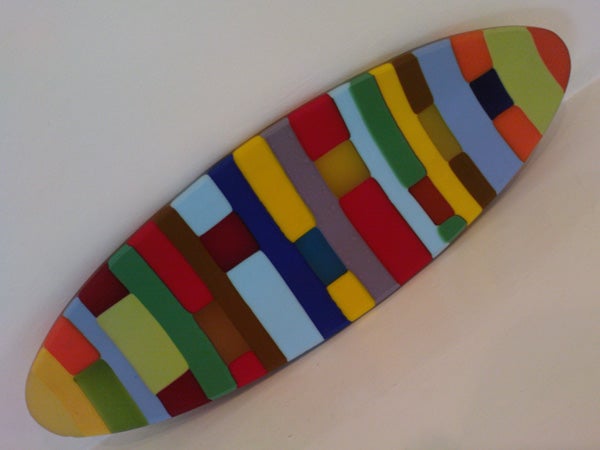 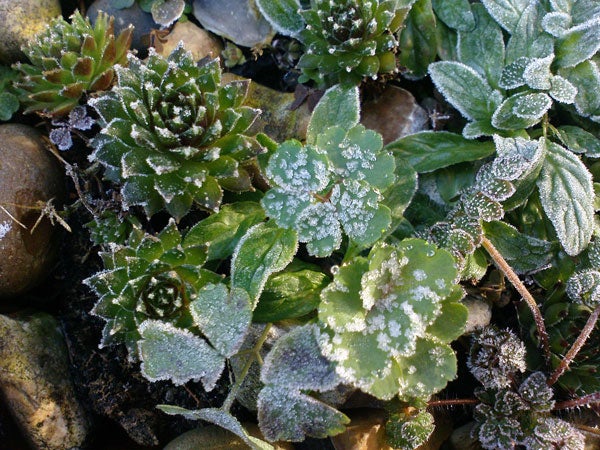 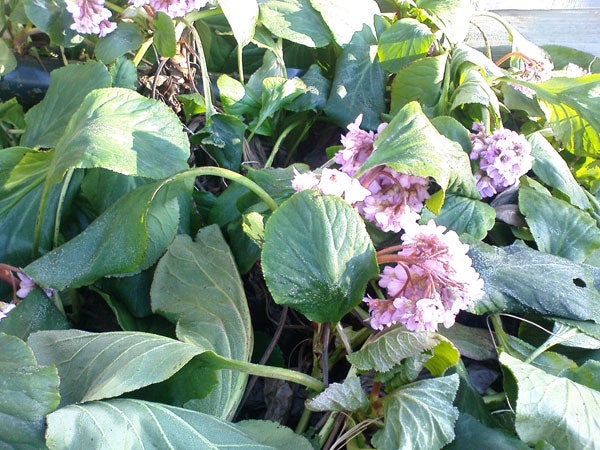