Sony Ericsson’s K660i is available in several places. However only 3 has the lime white version I have here. You can get it for free from 3 on a range of contracts.


I rather like the look of this mobile. With the exception of pink, which I won’t go on about again, and brown, which I just don’t think is a good colour for a mobile phone, I’m pretty hospitable to a flash of colour on a handset.


Some might say that the lime green and white does look a bit ‘sweet-shop’, but others might call it ‘spring-like’. Either way, if it is to your taste, it is certainly different.

Most of this candybar phone is actually white with silver borders, with the lime green coming into play as a band all around the edge as well as the background to the buttons which sit between screen and number pad. The lime green is also used in the various backlights, which I’ll come to later, and as the colour scheme for 3’s theme. All in all, then, this is a bright and happy handset for bright and happy people.


There is a little haptic response when you move around in the main menu. It is so subtle you could almost not notice it, but actually I rather liked it. I can’t say the same for the number pad buttons which are small and round. They are easier to use than some I’ve seen on Sony Ericsson handsets, but more difficult to use than others, and I found it challenging to get text into the handset at my usual speed.


It is hard to fault the screen with its 240 x 320 pixels, 262 thousand colours, 2 diagonal inches of display area, and bright and crisp rendition of information.


The size and weight of this mobile meet with my approval too. At 95g the K660i is light to tote, and its 104mm of height, 47mm of width and 15m of thickness shouldn’t challenge many pockets.

With so many handsets doing the rounds at the moment Sony Ericsson has to find a differentiator for each one, and colour is not enough on its own. In this case the differentiator is all about the web and this is where I get onto the backlights.


There are four of them, to the right of the 3, 6, 9 and # keys. They are lit up when they can be used, which means you are in the web browser. Hit the relevant one and you can enter text into a Google search bar, slip quickly over to your bookmarks, go back to the 3 home page, or use the zoom and pan feature. 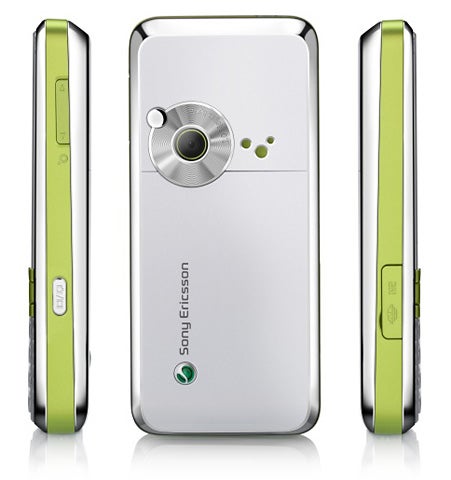 If you hit the zoom and pan button you can then use the navigation button to pan around a thumbnail of a web page, and zoom in by clicking the central select button.


Another web browsing plus is what Sony Ericsson calls ‘horizontal web browsing’. This doesn’t refer to browsing the Web when you are lying down, though that is absolutely doable. No, it means you can turn the screen into landscape format. Hardly a novel idea, but it does make browsing through more complex page that bit easier with a few more pixels of width to play with. 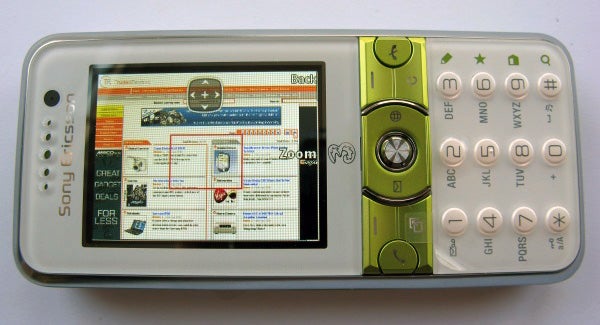 If you are really into the online stuff, you get your own Blogger site with the phone and can upload pics and vids to it direct from the handset. The upload process is available as soon as you’ve captured an image or some footage.


Now, actually, there isn’t a great deal more web stuff going on here in comparison to the W890i I reviewed recently. The shortcut buttons are a differentiator, though, and I did find them handy at times.


To make the most of all this web browsing you are going to need reasonable data speeds. And you get them. The K660i is an HSDPA handset. When you can’t get that kind of connection it’ll drop through the spectrum till you hit GSM, at which it supports quad-band access. There is a front-facing camera for two-way video calling too.

Of course, this being a Sony Ericsson mobile it plays music. While it lacks the Walkman branding it still has a decent enough music player built in, and there is an FM radio too. There is 32MB of internal memory and a 256MB Memory Stick Micro card provided. That’s rather measly in my view, and Sony Ericsson should have considered going the whole gig with the card.


As ever, the problem with music playback is Sony Ericsson’s insistence on using a proprietary headset connector, and this time round there is no 3.5mm jack past the microphone for you to switch over to your favourite headphones. At least the connector is in a pocket-friendly location on the bottom end of the phone rather than being on one of the long edges. 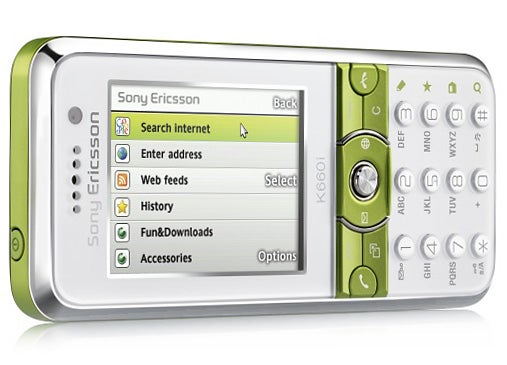 As for battery life, I can tell you that it lasted for a couple of days between charges with a bit of music playback and some web browsing as part of my usage pattern.


There is a camera which shoots stills at 2-megapixels and lacks auto focus or flash. It is definitely not one of Sony Ericsson’s better offerings and produced nothing I’d really be happy to do much with apart from look at on the phone itself or upload to the Internet.


The coloured dish, photographed under normal household lighting conditions has good colour tones though its background is not the uniform white it is in reality. Outdoors the detail on the chair is fuzzy, and the white is not uniformly reproduced.


I shot the same photo of blossom as I had taken with the 3-megapixel lens of the W890i, and on a very similar kind of cool, blue skied, bright spring day. If you compare the two you will see that the K660i’s camera doesn’t fare as well with regard to colour reproduction and detail.


When it comes down to brass tacks, all that really marks the mid-range K660i out from other mid-range Sony Ericsson handsets is the quick access web buttons on the front fascia. And if you fancy 3 as your network then the distinctive colour scheme on offer is different too. 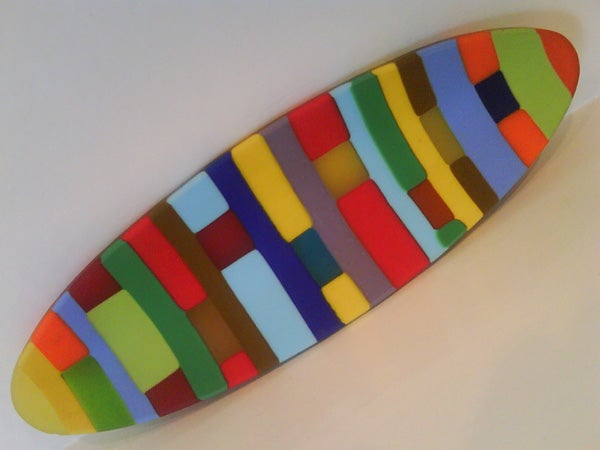 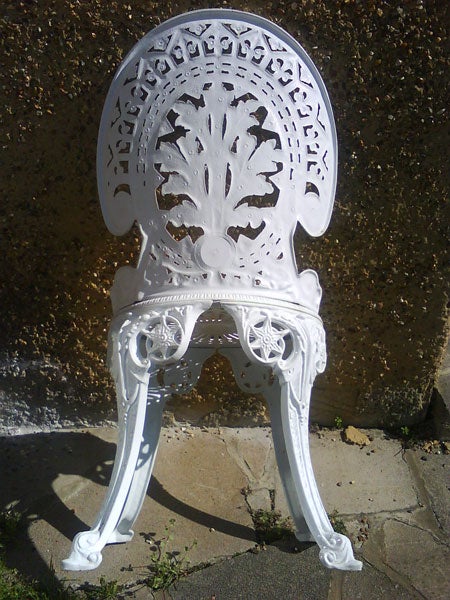 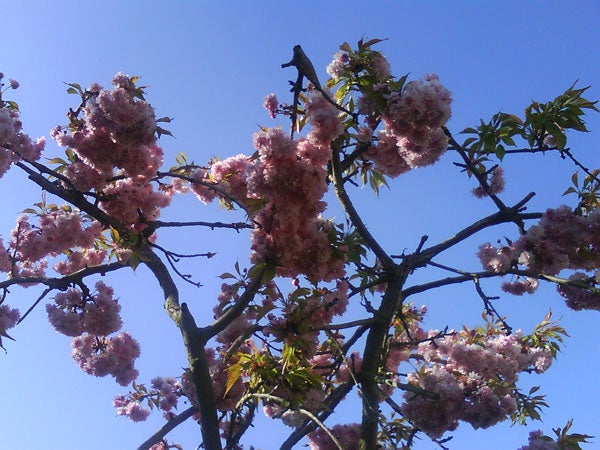