Back in October last year I reviewed the Cyber-shot T700, an expensive but stylish and well-specified 10.1MP camera and one of the top models in Sony’s prestige ultra-compact T-series. Today I’m taking a look at another T-series camera, the Cyber-shot T500. Like the T700 it is loaded with advanced features, ultra-slim and very expensive. 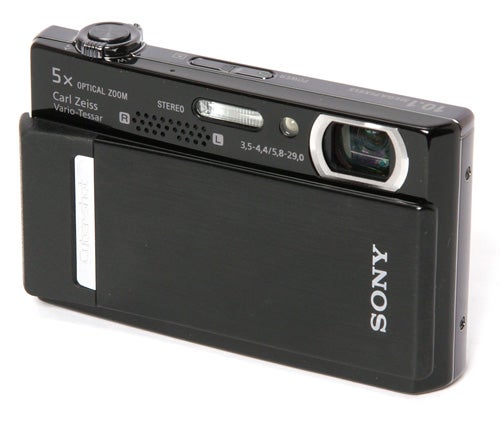 The T500’s basic specification is impressive. It has the same 10.1-megapixel 1/2.3-in Super HAD CCD sensor as the T700, a high quality 5x optical zoom Carl Zeiss lens equivalent to 33-165mm, and a big 3.5-inch widescreen touch-sensitive monitor. It has a strong all-aluminium body with a clever two-part slide-down front cover, and is available in silver, red or the gloss black shown here. At just 21.4mm thick it is one of the slimmest cameras on the market, and weighing 180g including card and battery it’s small and light enough to slip unobtrusively into your pocket.


The body design is attractive without being too flashy. The details on the front panel are arranged so that the camera looks good when hanging vertically from its wrist strap, and the overall shape is easy to hold and operate. There is a small but useful rubberised finger grip on the front, while the strap lug on the back doubles as a thumb grip. Since it is operated almost entirely via the touch-screen interface the T500 has very few external controls, so the whole of the back of the camera is taken up with the large LCD monitor. 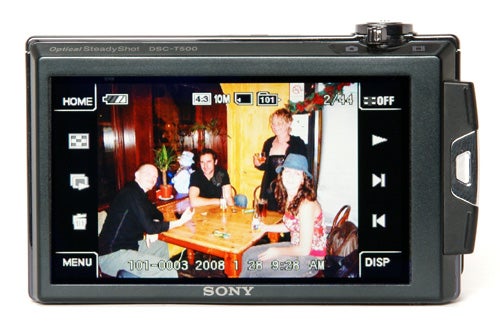 The camera is well designed and generally pleasant to use, but there is one annoying feature. The switch to select between still and video shooting is located on the back of the shutter button bezel, and while this does make it very easy to switch from one mode to the other, it is also prone to being switched accidentally while the camera is in your pocket. There were a number of times while testing the camera that I went to take a picture only to find that I was shooting video instead.

The T500’s main selling point is its high-definition 1280 x 720 pixel video mode. HD video is the latest must-have feature for digital cameras, even finding its way onto DSLRs, but it’s still relatively rare on an ultra-compact. The T500’s video mode is excellent, offering a smooth 30fps frame rate, full optical zoom, image stabilisation and good quality stereo audio from twin microphones located just below the flash on the front of the camera, although the built-in playback speaker is a bit tinny. A 2GB Memory Stick Duo card provides just less than 25 minutes of shooting time, with no limit on clip length. 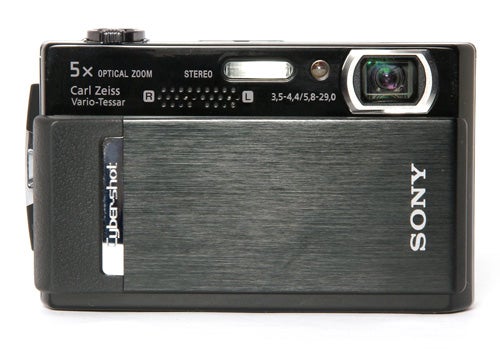 I’m not a big fan of touch-screen interfaces for cameras, since they tend to result in a lot of greasy finger marks all over the monitor, but even I will admit that Sony has got it just about right on the T500. The screen is responsive without being over-sensitive, and the button areas are large enough to operate even with my shovel-like paws. The menu system is well designed and reasonably intuitive, and most of the commonly used functions are located conveniently around the screen when shooting. There are a couple of touch-screen operated features including focus point selection and re-sizing in playback mode.


The monitor screen itself is nice and bright with good contrast and sharpness, a nice fast refresh rate and has an effective anti-glare finish, making it easy to see even in bright sunlight. It’s not as sharp as the fantastic monitor on the T700, but it’s certainly sharp enough.

The T500 does suffer from a problem that is common to sliding-front cameras, in that the lens is very close to the top edge of the body. Consequently it’s very easy to get your finger in the shot, and also to accidentally touch the lens when shooting, especially in a busy social environment such as a pub or club, which is just the sort of place where the T500 should be most at home. Some cameras of this type have an easy-to-clean glass cover over the lens, but the T500 does not, which means that the front element of the lens is very vulnerable to finger marks and other dirt. I found that I had to clean the lens far more often than with other types of camera.

Although the T500 is very similar to the T700, it can’t quite match that models fast performance. It’s a little slower to start up, taking around two and a half seconds, although it does shut down almost instantly. In single-shot mode the shot-to-shot cycle time is a fraction over two seconds, which is respectable but not exactly fast, while in continuous shooting mode it can manage a shot every 0.6 seconds, which is pretty quick by any standard.

The autofocus is also identical to that of the T700, an advanced nine-point system which is both fast and accurate, with a very effective face detection system that can distinguish between adults and children. The AF works well in low light, with a good focus assist lamp for really dark conditions, although it automatically switches to wide-area AF in low light which isn’t as good at coping with moving subjects.


The T500 has Sony’s Optical Steady Shot image stabilisation, but I’ve seen more effective systems. I found camera-shake blurring on some shots taken at shutter speeds as high as 1/40th of a second.


The built-in flash seems to be a different unit to the T700, and unfortunately it isn’t as good. The claimed 3.5m maximum range is rather optimistic, frame coverage is poor at wide angle and it is also very prone to red-eye, although this can be corrected later in playback mode. 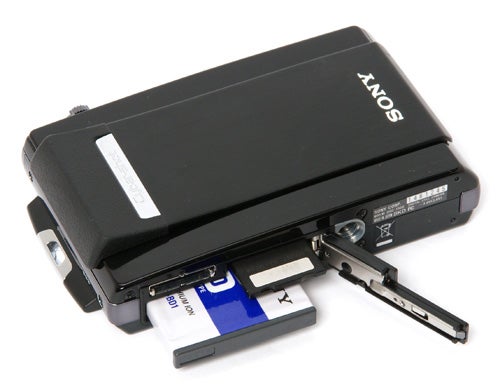 In terms of final image quality, the T500 performs well under most situations, but it is not without a few problems. The lens is nice and sharp, and the level of recorded detail is excellent, but it does suffer from both barrel distortion at the wide end and quite significant pincushion distortion at the telephoto end of the zoom range. Dynamic range is better than most ultra-compacts, with a good balance between shadow and highlight detail in high contrast shots, and colour reproduction is also very good, but the real problem is image noise. Shots at the lowest ISO settings are relatively good, but noise appears at 200 ISO and gets progressively worse as sensitivity is increased. Shots taken at 400 ISO are useable, with good colour balance and detail, but beyond that the image quality deteriorates rapidly and shots taken at 1600 and 3200 ISO are extremely poor.


The Sony T500 it is an extremely well-made and attractively styled ultra-compact snapshot camera with good handling, superior performance and some useful features. The HD video mode with stereo sound is superb, and the touch screen interface is one of the best on the market. Image quality is good under most normal situations, although it does suffer badly from high-ISO image noise, and its hefty price tag will limit its appeal in these straitened times. 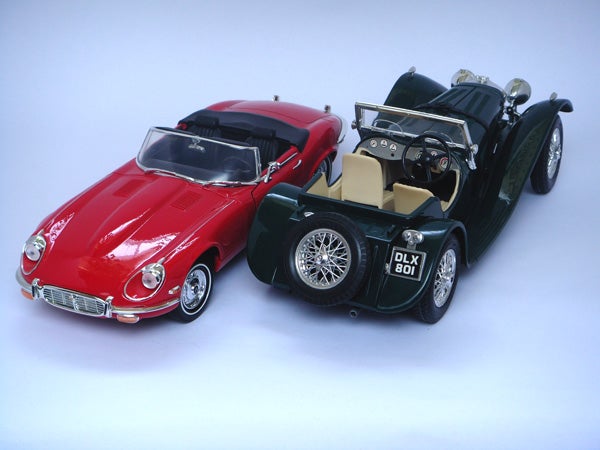 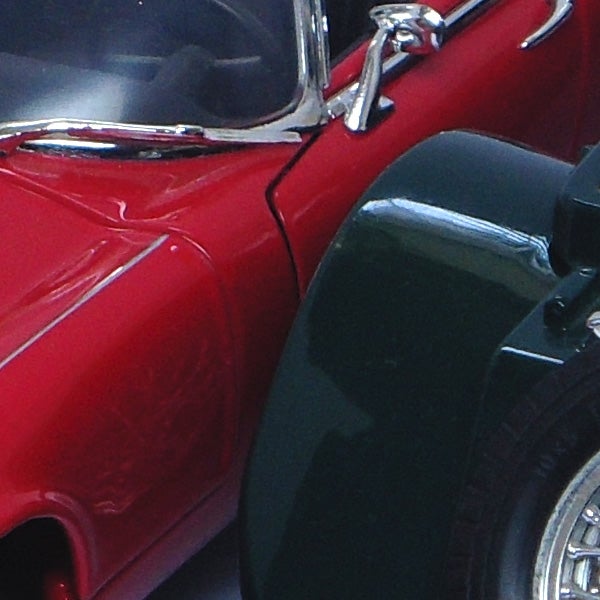 Image quality is good at the lowest ISO setting, with smooth tones and plenty of fine detail. 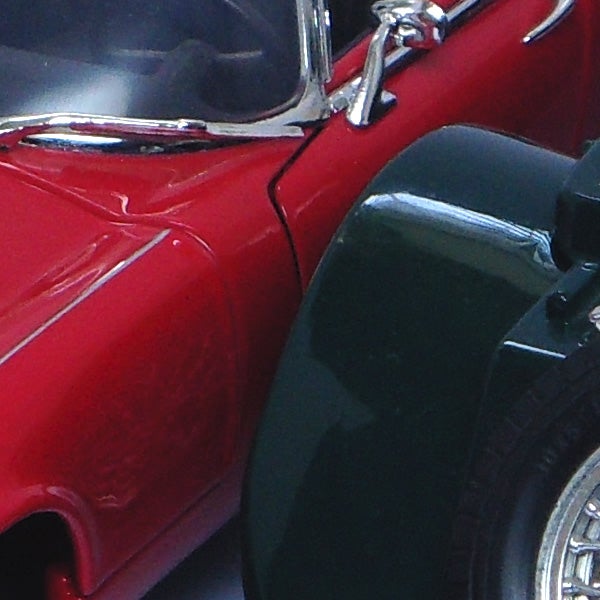 There’s not much difference at 100 ISO. 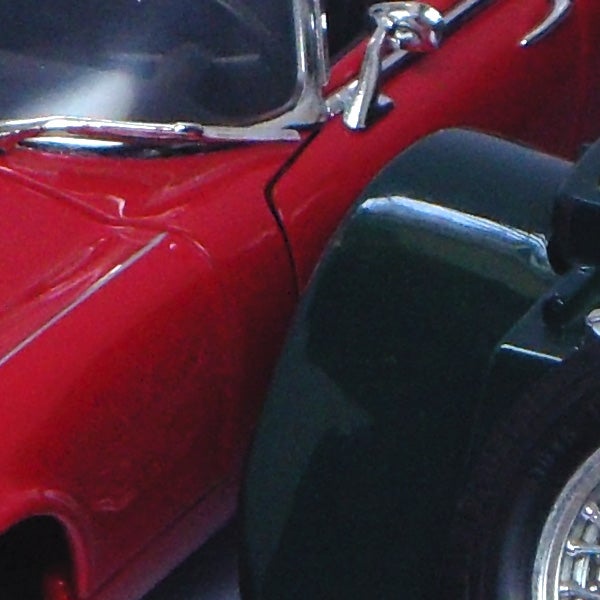 Noise is plainly visible at 200 ISO, expecially in the red channel, but there is still a good level of detail. 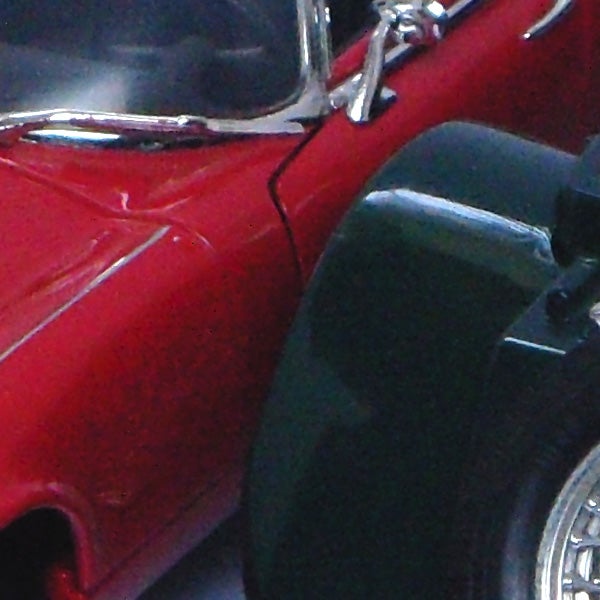 Although quite noisy, this 400 ISO image is still just about usable. 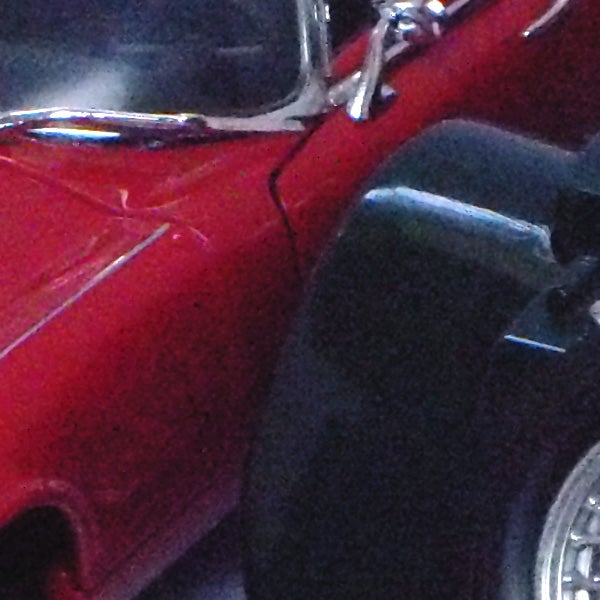 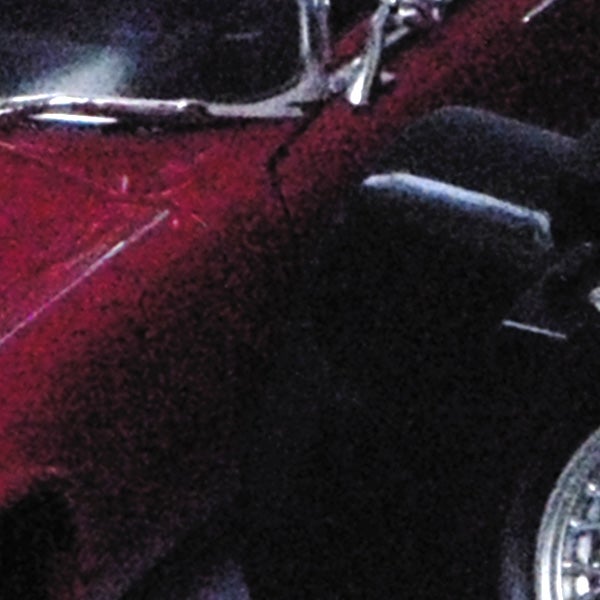 1600 ISO and the image quality is terrible. 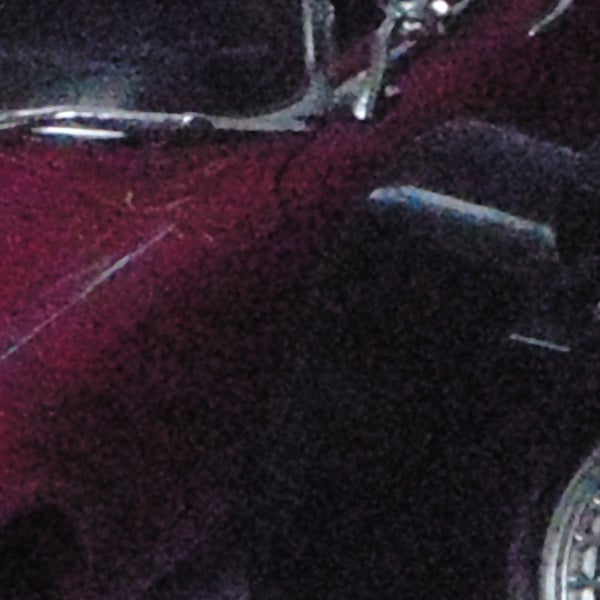 When the results look like this, why bother having a 3200 ISO setting? 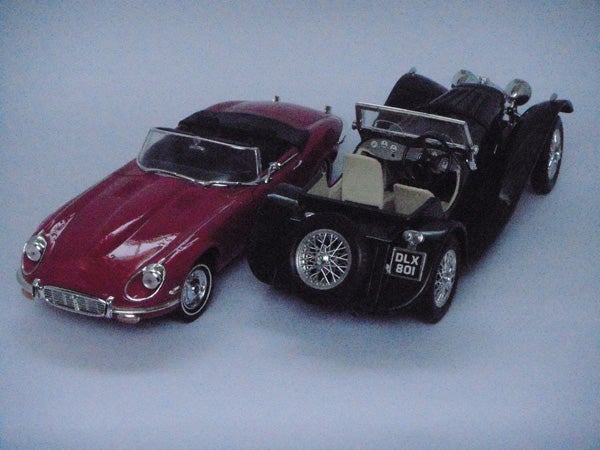 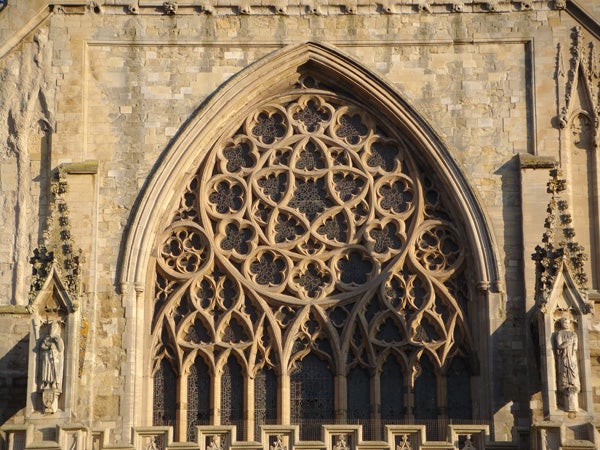 Here’s the usual test shot of the west window of Exeter cathedral to compare detail and sharpness with other cameras. See below for a full-res crop. Also note the pincushion distortion in this zoomed-in shot.

The sharp Carl Zeiss lens provides a level of fine detail that is as good as any 10MP compacts on the market. 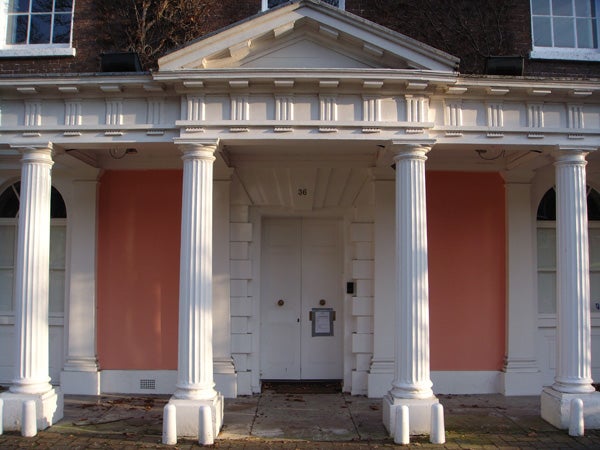 There is some barrel distortion at the wide-angle end of the zoom range. 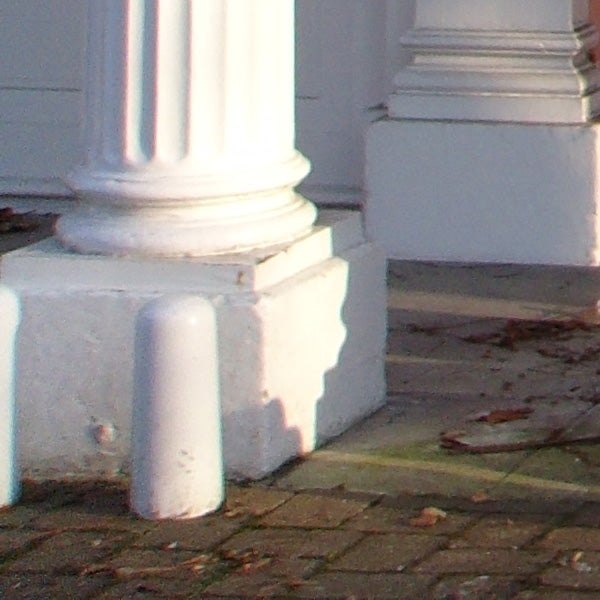 Corner sharpness is good, although there is some chromatic aberration visible. 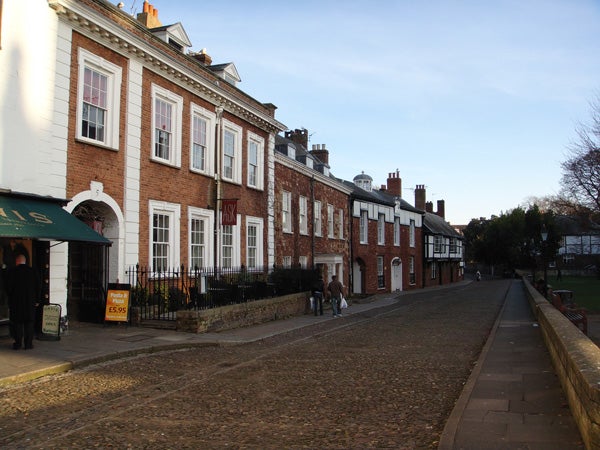 The wide angle end of the zoom is equivalent to 33mm. 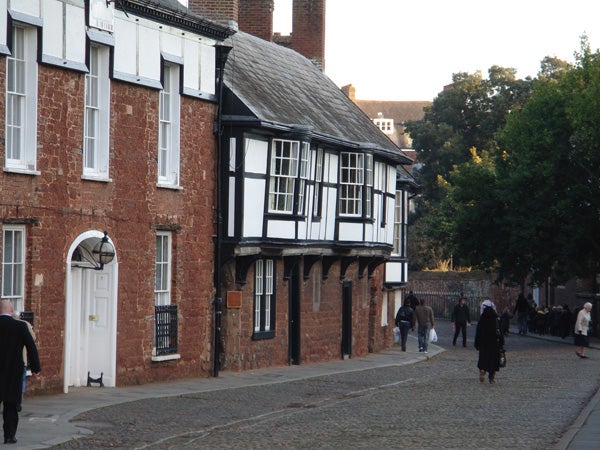 The telephoto end is equivalent to 165mm. 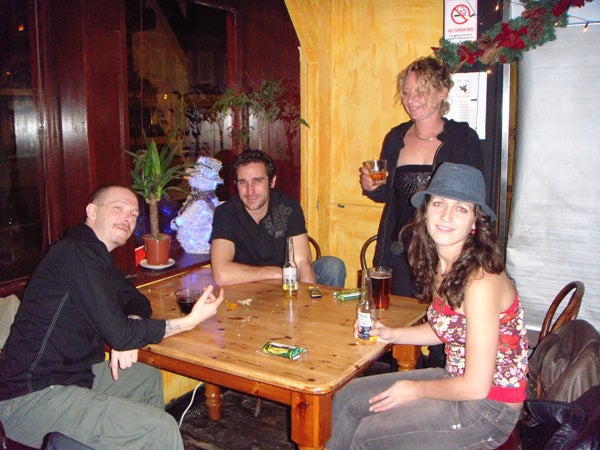 Flash range is a bit limited and it is prone to red-eye. 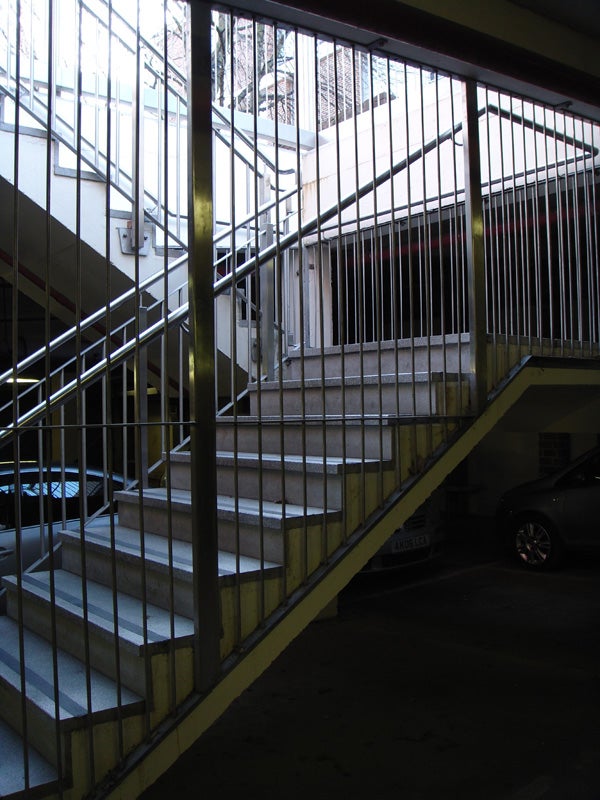 Dynamic range is good for a compact, with a balance of shadow and highlight detail. 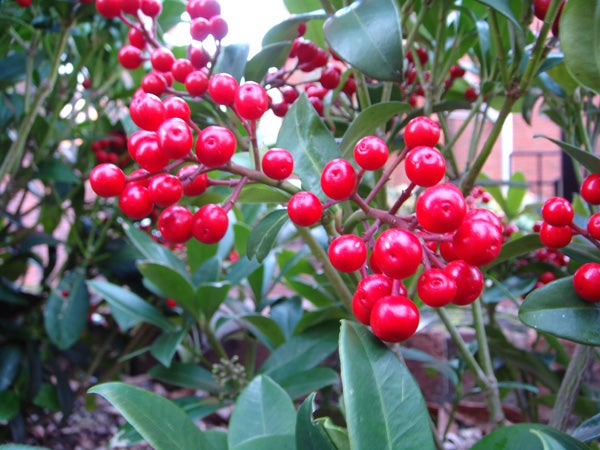 Colour reproduction is a little muted, but not at all bad.