The Sony HX200V is the company’s latest superzoom bridge camera and comes with a 30x Carl Zeiss branded optical zoom and an 18.2MP Exmor R CMOS sensor. Other notable highlights include Sony’s own SteadyShot optical stabilisation technology, full manual control over the camera’s shutter speed and aperture settings, an expanded sensitivity range of ISO 100-12,800, a range of built-in digital filters alongside backlight correction HDR and Sony’s Sweep Panorama, plus 1080/50p Full HD movie recording and built-in GPS functionality. Sadly though, one thing that’s missing is Raw shooting with the HX200V only offering JPEG capture – albeit in a variety of resolution and aspect combinations. 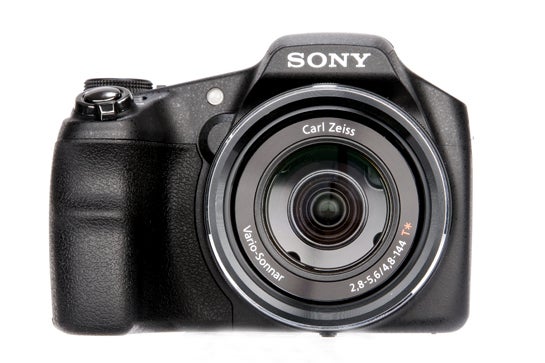 The HX200V is built around an 18.2MP, 1/2.3in Exmor R CMOS sensor, which is paired with a Sony BIONZ processor. Sensitivity ranges from ISO 100-1600 in Program mode, although this can be extended up to ISO 3200 in iAuto mode and ISO 12,800 in Superior Auto mode. If you’re shooting in dark conditions then the camera also offers a Handheld Twilight mode – whereby the camera takes a rapid burst of images and then combines them into a single shot.

On the front the HX200V is fitted with a 30x optical zoom that provides the 35mm focal range equivalent of 28-810mm, and which can be further extended up to 60x using Sony’s Clear Image Zoom technology. This works in a slightly different way to a regular digital zoom; rather than simply crop and then enlarge the image in the centre of the sensor, the HX200V analyses the scene and then repopulates the image area with the ‘missing’ pixels to produce an image with a higher resolution than would otherwise be the case. This approach, Sony claims, enables the HX200V to produce sharper, less pixelated results at zoom settings beyond its maximum telephoto reach. The HX200V also comes with Sony’s proprietary Optical SteadyShot technology, which uses sensor shift technology to compensate for image blur at extended telephoto settings and slower shutter speeds. 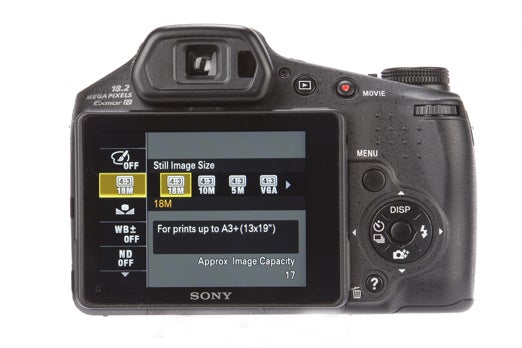 In terms of exposure modes the HX200V is equipped with the full complement of PASM controls for semi and full manual control over shutter speed and aperture, along with the fully automated Intelligent Auto and Superior Auto options mentioned above. For those looking for a quick explanation of the difference between the two, the easiest way to explain is that Intelligent Auto is more of a straightforward scene recognition mode, whereas the Superior Auto mode opens up a range of more advanced multiple capture and image blending options that can sometimes prove useful in tricky light.

In addition to still photography the HX200V also offers 1080p Full HD video recording capture at 50fp, with a dedicated one-touch video record button on the rear of the camera offering instant movie capture. Sound is recorded in stereo although there’s no built-in microphone jack. High definition movie files are stored in the HDTV friendly AVCHD format, with the camera offering an HDMI port for direct connection to a compatible TV – you’ll need to buy the required lead though as its not supplied in the box.

This being a Sony camera, the HX200V also comes with a host of extra features. As well as the Clear Image Zoom technology and Handheld Twilight modes we mentioned above, the HX200V also features a GPS sensor that allows you to geotag your images with along with 2D and 3D Sweep Panorama modes. Add to that an ‘Artistic Picture Effect’ shooting mode, a new Digital Level Gauge for checking level horizons with, and the HX200V’s feature set undoubtedly stacks up well against the competition. 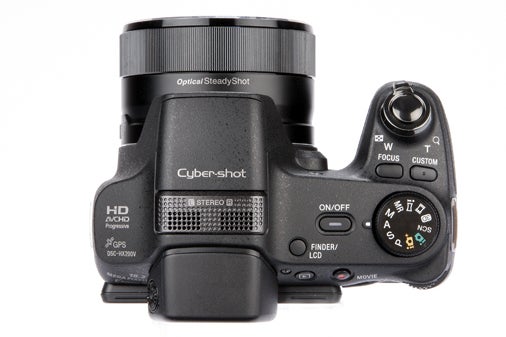 A 3in, 921k-dot TFT LCD screen sits on the back of the camera, and this can be tilted up and down through about 150 degrees. Should you want to hold the camera to eye level then the LCD screen is complemented by a 0.2in electric viewfinder with a resolution of 201k-dots.

In terms of design the HX200V doesn’t break any superzoom conventions and takes on a similar appearance to many of its competitors. As with other superzooms the HX2000V isn’t a particularly small camera, with much of the bulk attributable to the large optical zoom and protruding hand grip. Build quality is certainly on a par – if not slightly better – that rival superzooms, with the tough plastic outer casing and rubberised handgrip giving the HX200V a quality feel. 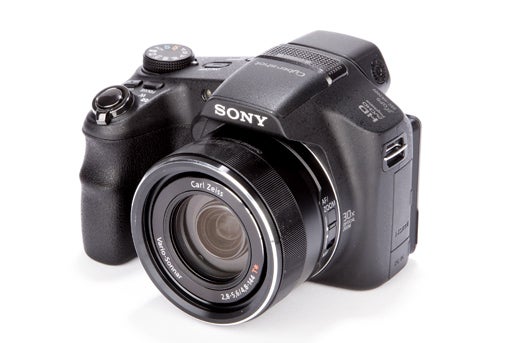 The moulded, rubberised handgrip has been treated to a bit of a redesign from the HX100V to make it more comfortable and this translates well when holding the camera. The lens grip has also been rubberised, which provides extra grip and allows it to sit more comfortably in the hand. Despite its bulk, the HX200V is a very comfortable camera to hold and use overall.

In use, the shooting experience is enhanced by several design tweaks, including the addition of an adjustable ring around the lens barrel that can be used as an alternative to the camera’s zoom toggle or, at the flick of a switch, to set to control manual focus. A ‘custom’ (or ‘function’ button) button has also been conveniently placed just behind the shutter release button, while the main control wheel can be pressed down to alternate between shutter and aperture control when the camera is being used in Manual mode.

One area where the HX200V falls down slightly is in its menu system. If you’re shooting in any of the PASM modes and want to make any changes to general settings, a press of the Menu button brings up a large range of options down the left side of the screen. The problem here is that because only four (out of some 25) options are displayed at any one time, meaning it can take too long – and seemingly endless menu scrolling – to change the required setting. 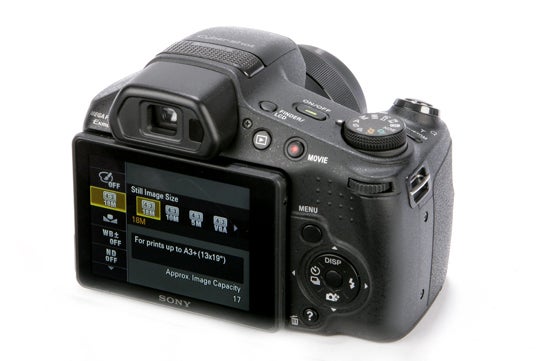 On the whole, there isn’t much to complain about in terms of performance. The more than generous feature set of the HX200V results in a fully featured bridge camera, with the majority of the features living up to what they promise.

Autofocus is swift in its basic form, with the camera offering a good range of options that allow you to choose a focus mode befitting your situation. The focus tracking focus mode is generally quite effective – at least with slower moving subjects –should you be attempting to shoot action or moving subjects; simply press the main command button to bring up a focus box, lock it on to your target, tap it again and the HX200V will track the selected subject. That said, it can struggle to keep up with fast moving subjects.

The zoom control ring that surrounds the lens barrel offers smooth travel through the focal range, although performance when using it to manually control focus could be better. Used in this way we found the ring to be unresponsive, with far too much turning required to get the desired change in focus. The HX200V would also greatly benefit from having a magnification box to aid manual focus.

The 3in/921k-dot LCD monitor is eminently useable, with Sony’s proprietary XtraFine TruBlack technology producing deep blacks and good levels of contrast. While the screen can be tilted horizontally for easier overhead and from-the-hip shooting, the camera would doubtless benefit from the extra flexibility afforded by a side hinge as seen on the Canon SX50 HS. Aside from that though, it’s an impressive LCD screen.

The HX200V’s electronic viewfinder measures in at 0.5cm and offers a resolution of 201,600 dots. In practical terms, it performs well and is certainly one of the better implementations of the technology within the current crop of superzooms. In addition to being clear and displaying shooting info there’s also a dioptre adjustment.

As with other higher-end Sony compact models, the HX200V comes with the full compliment of proprietary shooting modes, namedly Sweep Panorama, Backlight Correct HDR, Handheld Twilight and Portrait modes. Although these are primarily aimed as convenience tools for the less experienced user they all perform quite well in use and offer a straightforward and much more time-efficient alternative to capturing your images manually and then having to spend more time at the post-processing stage to tidy things up.

Image quality is, on the whole, quite impressive, albeit with a few exceptions. Starting with the positives, the HX200V’s sensor is able to capture an impressive dynamic range for a camera of this type, with plenty of shadow and highlight detail retained even in high-contrast situations. Metering is consistent too, with the camera delivering even exposed and thus requiring very little work at the post-processing stage.

On the flipside however, the HX200V’s 18MP Exmor R CMOS sensor struggles to deal with ISO noise even at its lowest settings. Although grain doesn’t make itself instantly known, the HX200V’s built-in noise reduction technology smudges fine detail even at the lowest ISO settings. Thankfully as the camera moves up through the ISO settings, grain remains well controlled and is largely absent, however fine detail continues to degrade.

Considering the HX200V’s extensive focal range, the 30x optical zoom performs well. Sharpness is well maintained through the majority of the frame, although the edges can appear softer than the centre. During testing we encountered the occasional issue with lens flare, however this is mostly avoidable and can even be used for creative effect in certain situations.

Verdict
With a current market price of over £400, the HX200V is pricier than some of its competitors. That said, it’s still an impressive camera. It not only features a full specification, but also comes with a host of proprietary Sony technology that marks it out as a premium product. That said we do have a few gripes with the HX200V – given the price the lack of Raw capture is a glaring omission, and the noise issues that plague the camera throughout it’s ISO range also come as something of a disappointment. On the whole, however, the HX200V is a worthy purchase, which is quite an achievement given the stiff competition within the superzoom market at present. 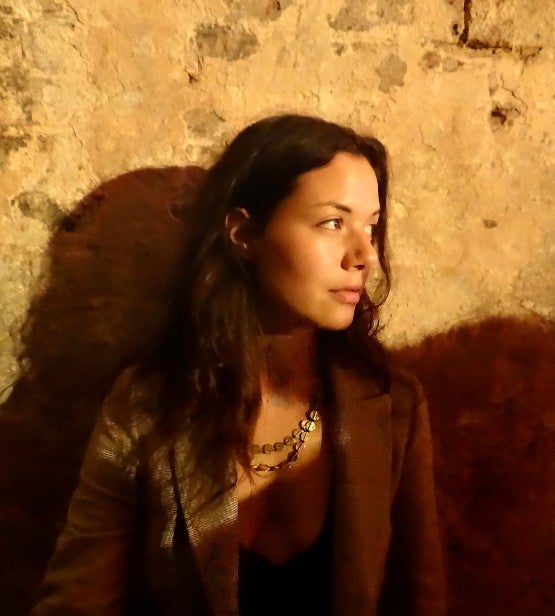 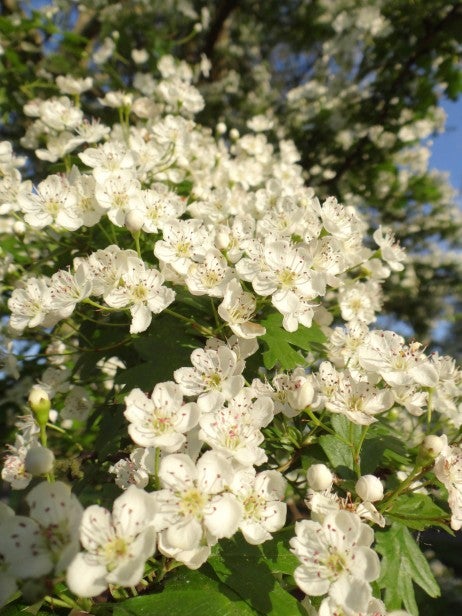 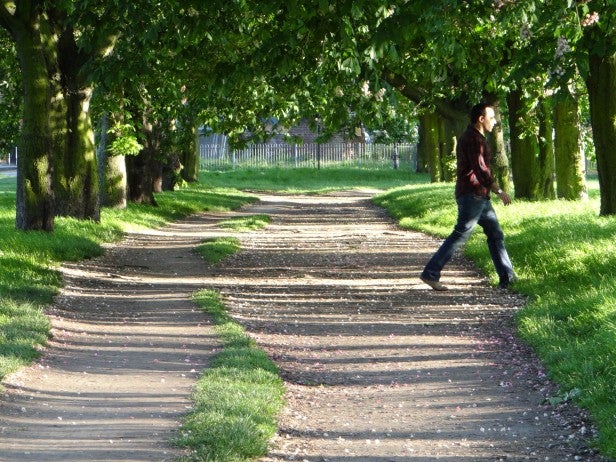 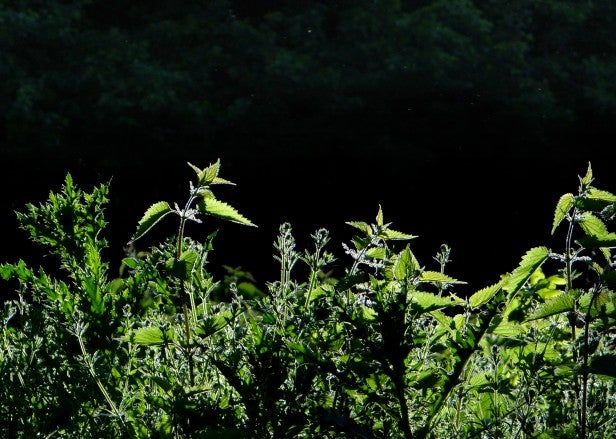 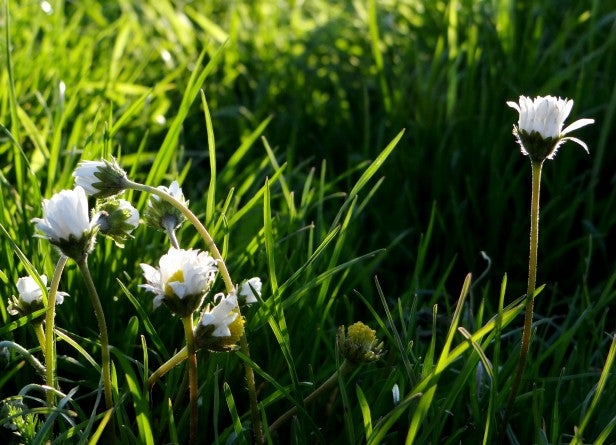