Many people seem to be under the impression that digital cameras came along out of the blue about 10 years ago, but in fact the roots of portable electronic still cameras can be traced back to the original Sony Mavica, a still video camera launched as long ago as 1981. With its pedigree in broadcast-quality video cameras, Sony has continued to be a leader in both innovation and worldwide sales of cameras ever since. It currently has one of the largest ranges of digital cameras of any of the leading brands, with 27 models in the Cyber-shot range of compact and super-zoom cameras, plus two acclaimed digital SLRs and huge range of video cameras for both domestic and professional use. The model I’m reviewing today is the Cyber-shot DSC-W80, a mid-range 7.2-megapixel pocket compact featuring a 3x zoom, a 2.5-inch LCD monitor plus optical viewfinder, and image stabilisation. 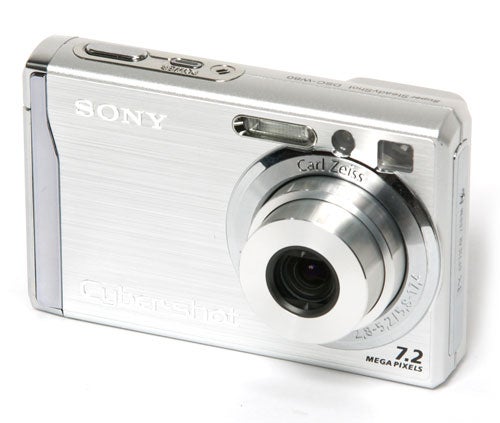 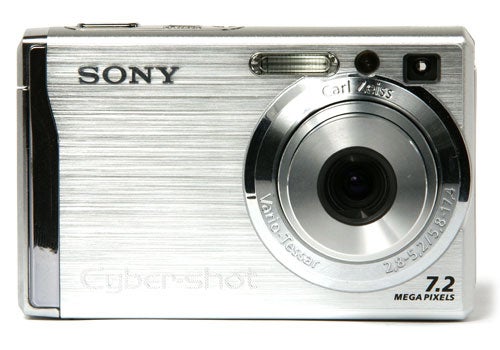 In overall style the W80 is fairly conservative and understated. The body is predominantly aluminium, with a matt finish on the back and a brushed effect on the front, with chrome trim. In some markets it is also available in either black, white or pink, although these alternative finishes appear to be unavailable in the UK. The camera is physically quite small and light, measuring 91 x 58 x 22.9mm and weighing 155g including battery and memory card. There are smaller and lighter cameras on the market, but the W80 is certainly in the “shirt pocket” category.

Build quality is generally good and the camera does feel nice and solid, although the large card/battery hatch, mounted unusually on the side of the camera, does feel a little flimsy when open. Apart from the shutter release and the power button, the main controls are all on the back of the camera. Main shooting mode is selected via a small but easy to operate dial, the selections of which are accompanied by an on-screen display and a tool-tip explaining what the mode is used for. The D-pad is rather small, but operates smoothly, again with an on-screen notification and audio cue. The three buttons, for the main menu, playback mode and something called “Home” are quite small and fiddly, being mounted almost flush with the camera body. The labelling on the D-pad and mode dial are either too small or are silver on a chrome background, making them difficult to see. I’m also not too fond of the zoom control, which is a small and rather unresponsive rocker switch. 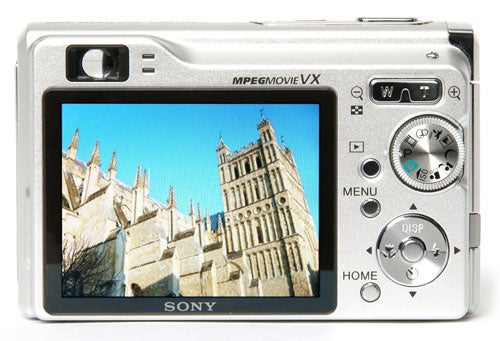 The camera uses two menu systems. It has a fairly normal main menu with the usual options including picture quality, recording mode, drive mode, colour options, ISO setting, metering mode and focusing mode. It also includes exposure compensation, which I would have preferred to see having its own button. The “Home” button leads to another menu with a smaller list of options, including print tagging, memory card formatting and a couple of playback mode settings. I don’t see why these options need their own menu, when they would have been more sensibly located on a page of the main menu; it just adds a superfluous button. That said, the menus are beautifully designed and very easy to use, not surprising considering Sony’s expertise in computers, game consoles and the like.


The range of options is about what I’d expect for a camera in this class. It has no manual exposure control of course, just program auto exposure and a limited number of scene modes, selected via the main dial. It has spot, centre-weighted and multi-zone metering with exposure bracketing, and wide, centre and spot AF as well as several pre-set distances and an infinity focus setting. Colour adjustments are limited to high-saturation, natural, sepia or monochrome. Face detection is also available. Playback options include a HD slideshow with music feature for use with a HD TV set. 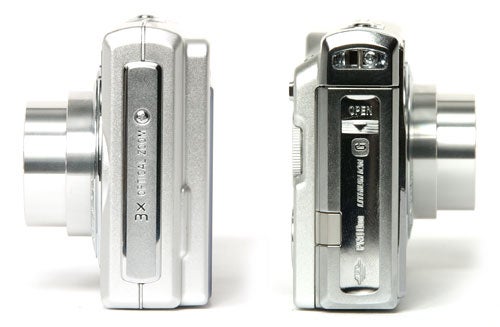 The W80 has an optical viewfinder, which will no doubt please some people, but it is very small and tunnel-like, with rounded frame corners and only about 70 percent frame coverage. If you really don’t want to use the monitor then it’s better than nothing, but not by much. The monitor screen is a little grainy at only 115k dots, and it isn’t one of the brightest I’ve ever seen either. It also has a shiny reflective surface, so using it in bright sunlight could be a problem.

Of course a big selling point for the W80 is the Super SteadyShot image stabilisation system, but a little explanation of this is in order. Although it has the same name as the extremely effective moving-sensor IS system used on Sony’s DSLRs, what the W80 has isn’t quite the same technology. The actual details are a little hard to come by, but as far as I can discover it still uses tiny gyroscopes to detect camera movement, but the actual image stabilisation is electronic, derived from the system used in Sony’s digital camcorders. (”’UPDATE: I was wrong; in fact the W80 uses optical image stabilisation”’) However it does work very well, and I was easily able to take shake-free hand-held shots at maximum zoom at shutter speeds as low as 1/8th of a second, which is pretty impressive.

In spite of its plain exterior, limited features and relatively low price, the W80 performs well. It starts up in approximately 2.2 seconds, and shuts down again in just under three. In single-shot mode the shot-to-shot cycle time is an impressive 1.6 seconds, but it is continuous mode that it is most surprising. It is able to maintain a shooting speed of nearly three frames a second, apparently until the memory card is full. It is worth noting that I was using a high-speed Sony MemoryStick Pro-HG Duo card for my test shots. Slower cards may limit this performance, but I don’t have on available for testing. The autofocus system is fairly quick in normal conditions, and works well in low light, although with a noticeable speed reduction. It is also a little slower in macro mode, although this is the case with most cameras. Battery performance is good, with the 940mAh Li-ion cell providing enough power for 340 shots. The built-in flash is very effective, producing good exposures even at close range, and full frame coverage at longer ranges, although it’s not terribly powerful, with a maximum range of 3.3m at wide angle. 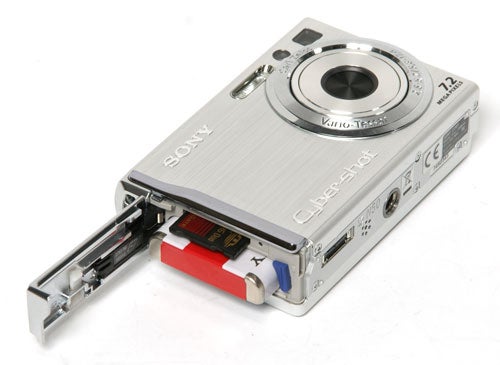 The W80’s only real weakness is its overall image quality, and even then it’s not all bad news. Focusing, exposure and colour reproduction are very good, and the f/2.8-5.2 Carl Zeiss-branded lens is excellent, producing a high level of sharpness from edge to edge, with only a little barrel distortion at the wide angle end. Unfortunately the image files, averaging around 2.2MB for a typical scene, are quite compressed, and there is a general smudging of fine detail. However the worst problem is that of image noise, with effects visible even at the lowest ISO settings, particularly in the darker areas, which robs images of a lot of shadow detail. The noise quickly gets worse at higher settings, with images barely printable at 400 ISO and totally unusable at the maximum setting of 3200 ISO. I don’t see the point of including such a high maximum ISO setting when the results are so bad.

The Sony Cyber-shot DSC-W80 is a very reasonably priced camera considering its build quality and specification. Although it is a bit lacking in style and elegance it makes up for it with very fast continuous shooting performance, good low light ability and effective image stabilisation. Overall image quality is a bit disappointing, but for general snapshot and social photography it performs as well as most other models in its class. 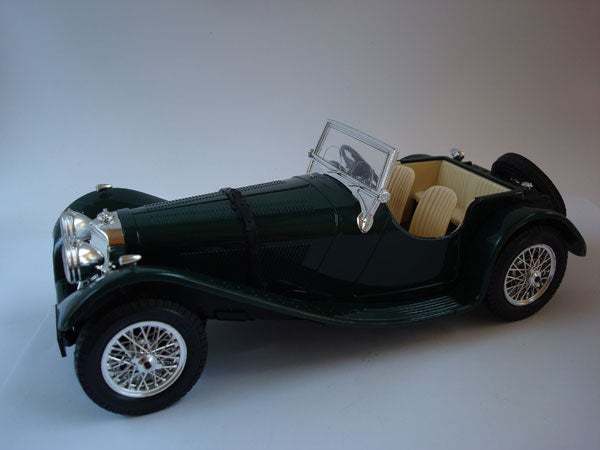 There is some colour speckling visible in the darker areas even at 100 ISO. 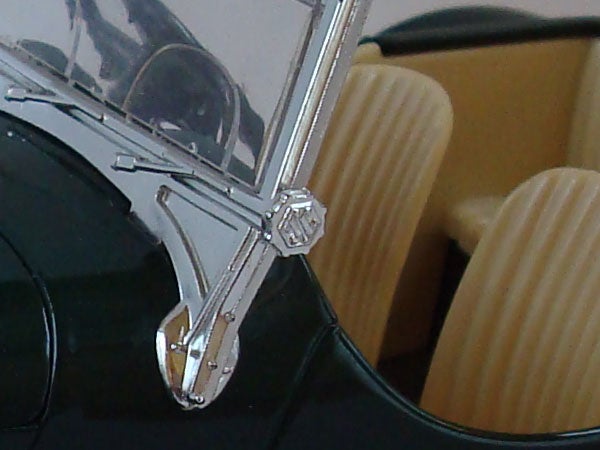 At 200 ISO there are a lot of colour irregularities in the darker areas, and some loss of detail to noise reduction. 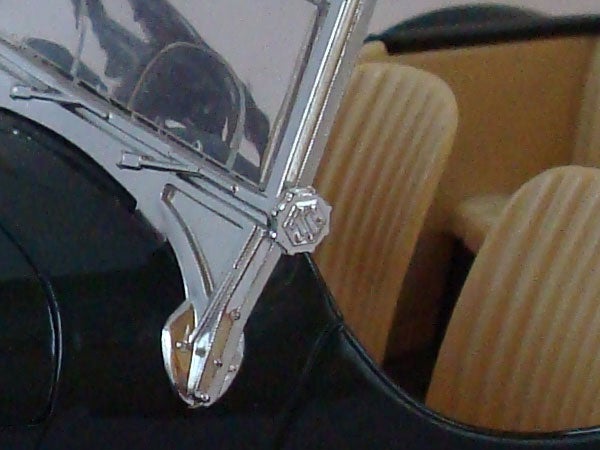 Darker colours are very blotchy and the image is barely usable at 400 ISO. 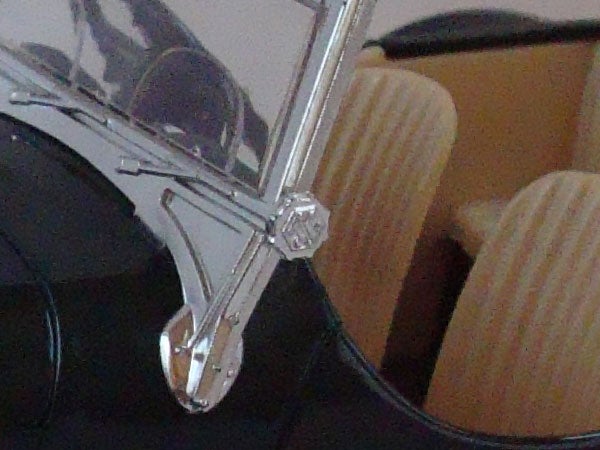 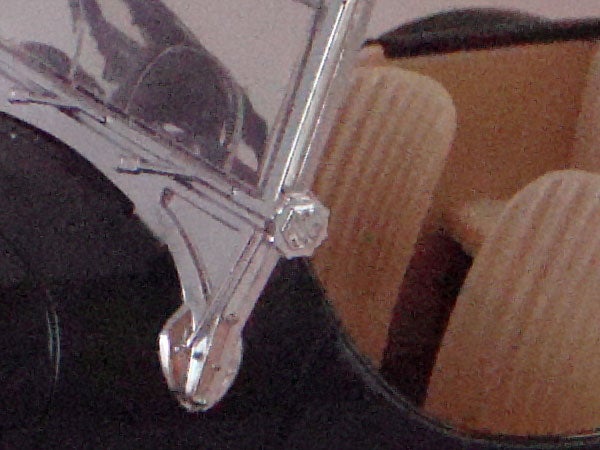 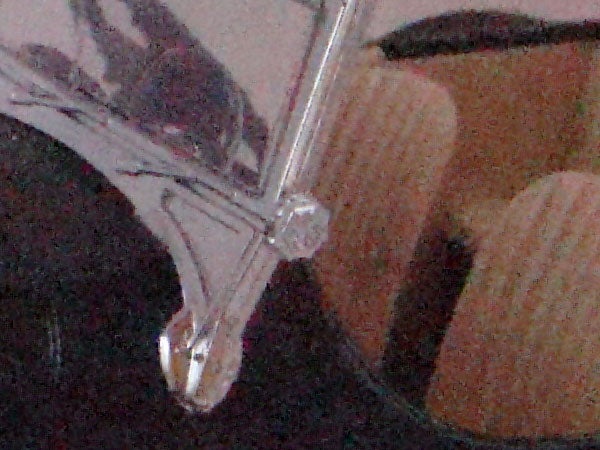 The maximum 3200 ISO. Why bother to even include this setting? 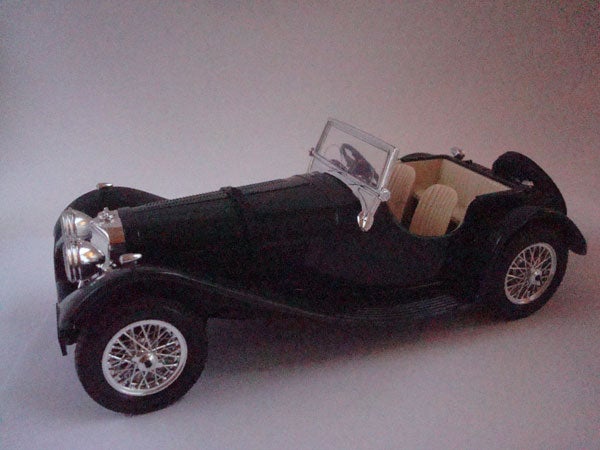 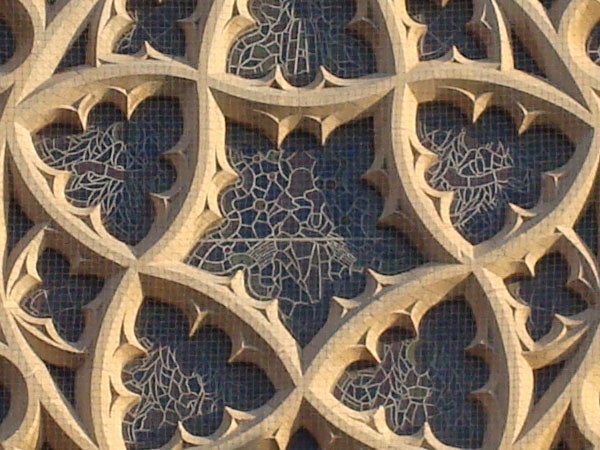 The picture is nice and sharp, but the overall level of detail isn’t great. 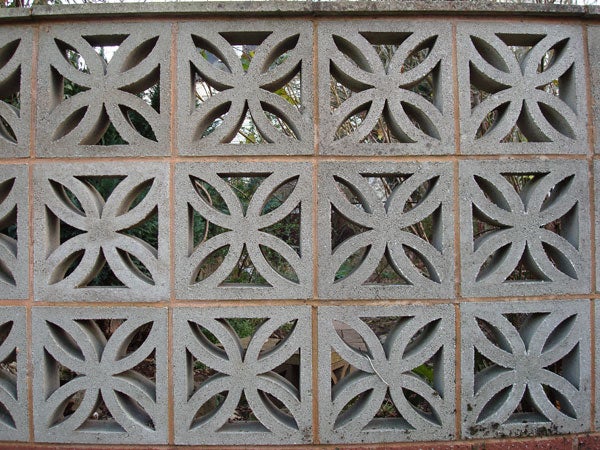 The Carl Zeiss lens produces some barrel distortion at wide angle, but it isn’t too severe. 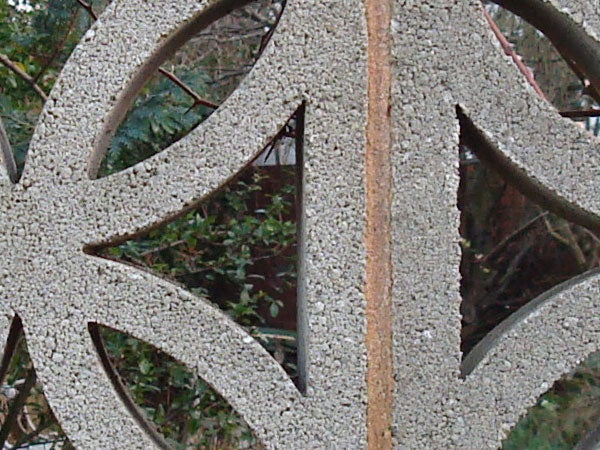 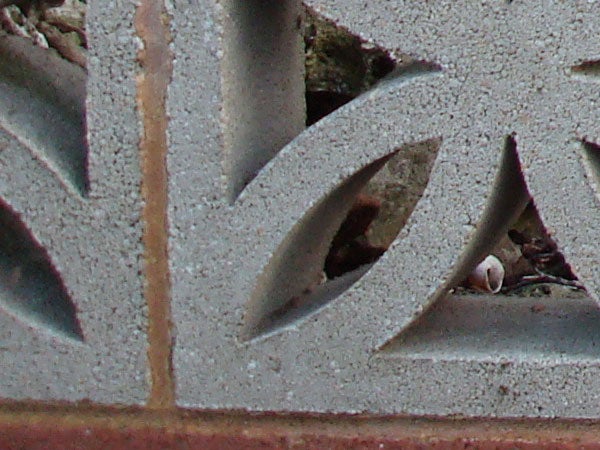 The sharpness at the corner of the frame is also very good. 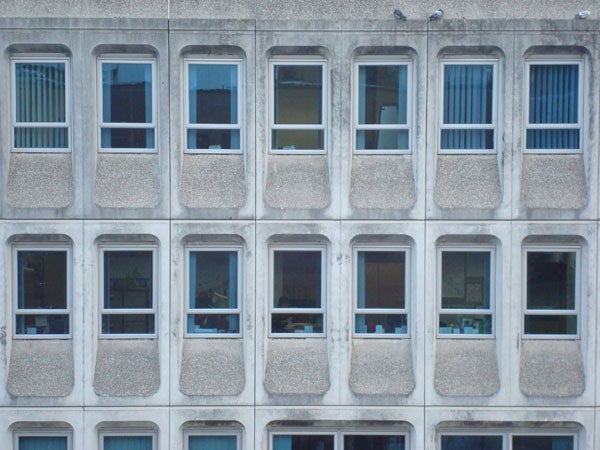 The lens produces minimal picushion distortion at the telephoto end. 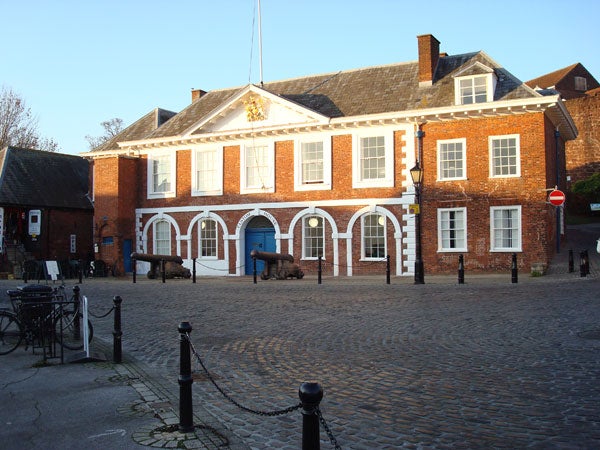 The 3x zoom lens has a wide angle end equivalent to 35mm, a little wider than average for a pocket compact. However the shot is a bit over-exposed, with blown out highlights. 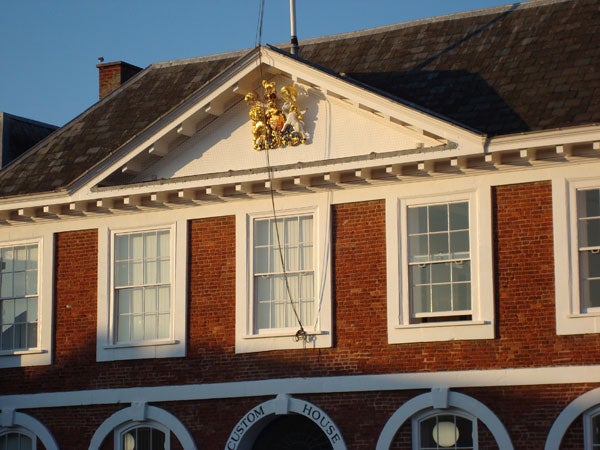 The telephoto end is equivalent to 105mm. The exposure on this shot is much better. 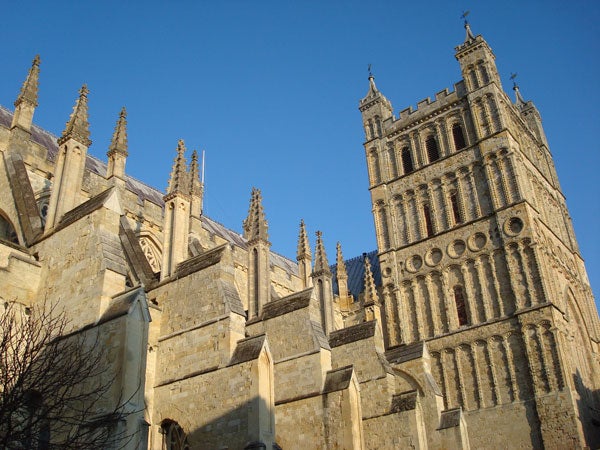 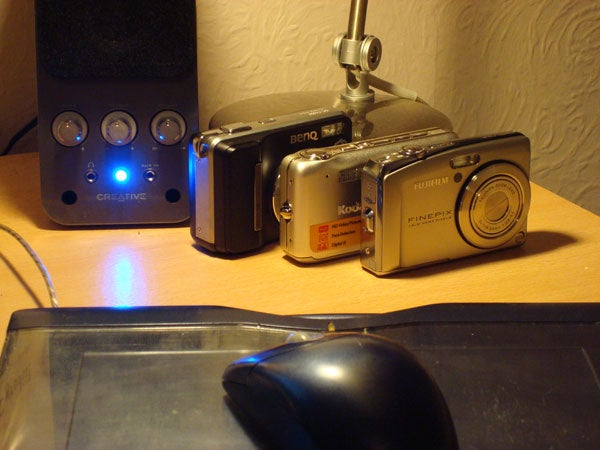 This was shot hand-held at full zoom at a shutter speed of 1/8th of a second, but is shake-free thanks to the Super SteadyShot electronic image stabilisation system.