Several camera companies make variants of some of their models that are sold exclusively through particular retail chains. Today’s review camera, the Sony Cyber-shot DSC-W290, is an example of this. It’s a variant of the DSC-W270, and is sold in the UK exclusively through the Jessops chain of high-street photographic retailers. It differs from the W270 in only one respect; it has a 3.0-inch 230k LCD monitor in place of the W270’s 2.7-inch screen. 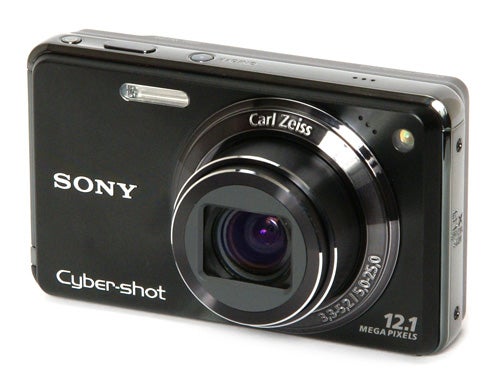 I have to confess that I’ve been a bit remiss in my coverage of Sony’s W-series cameras. The last one I reviewed was the W200 two years ago, a good but expensive camera significant as one of the first pocket compacts to feature a 12.1-megapixel sensor. The W290 also has a 12.1MP sensor, but these days this is far from uncommon, and the Sony is competing in quite a crowded market. It also has a 5x zoom Carl Zeiss lens with a wide-angle end equivalent to 28mm, something which is also becoming a more common feature. Direct rivals for the W290 include Canon’s impressive Ixus 110 IS and 990 IS compacts, currently selling for £230 and £277 respectively, as well as the just-announced Panasonic DMC-FX60, the Nikon S620 (£200) and Samsung’s IT100 (£170). The W290’s £200 price point doesn’t look too expensive by comparison. 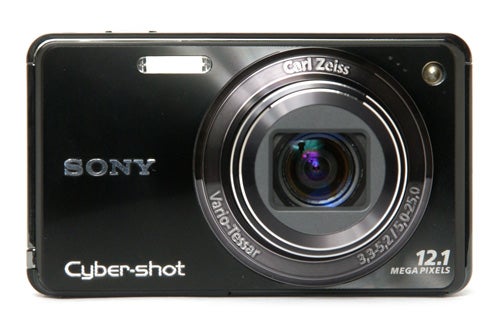 Like all of Sony’s compacts the W290 is a good looking camera, and is solidly made. It has a strong aluminium body, and is available in black, blue or silver. The W290 isn’t a particularly small or lightweight camera by modern ultra-compact standards. It weighs a substantial 164g including battery and memory card, and the 97.6 x 56.6 x 22.6mm measurements quoted in the spec sheet aren’t entirely accurate. They ignore the lens surround, so in fact the camera is 26.5mm thick. I have no idea why so many camera companies do this. It’s like saying that I’m 5ft 2in tall, if you don’t include my head. It makes no sense at all.

Despite the camera’s size the very large three-inch monitor screen doesn’t leave a lot of room on the back for all the controls, which include a tiny and rather awkward rocker-switch zoom control, a relatively large but sparsely populated mode dial, three buttons and a very small D-pad. I did find the controls somewhat fiddly to operate, requiring the edge of a fingernail to push the buttons; however people with smaller fingers than mine may not have a problem. 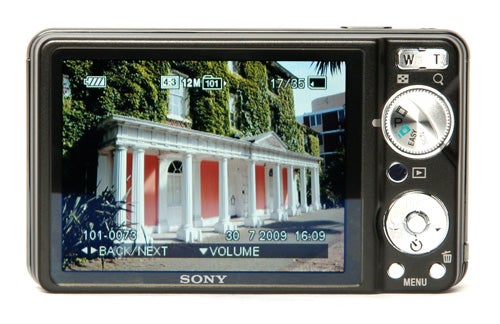 The W290 is an all-auto point-and-shoot camera, albeit a fairly sophisticated one, so it doesn’t offer too much in the way of direct creative control. The standard shooting mode is Intelligent Auto, in which optical image stabilisation, face detection, red-eye correction, auto white balance and ISO, dynamic range optimisation and automatic scene recognition are all activated, and it has to be said that armed with that battery of automation there’s not much the camera can’t cope with on its own, and all the user has to do is press the shutter button.


Even so there are a few options in the main menu, such as a range of image sizes, continuous shooting mode, face detection sensitivity and a nice option to bias the face detection to focus on either children’s or adults faces. You can also set the scene recognition to automatically take two shots instead of one when shooting in twilight or backlighting situations, although in my experience this simply results in either two good shots or two bad ones.


Program auto mode adds menu options for white balance, ISO setting, metering mode and autofocus mode, including some pre-set focus distances, and focusing on infinity. Flash intensity, red-eye reduction, DRO mode and image stabilisation can all be either adjusted or deactivated, and there are also a monochrome, vivid and sepia colour options. 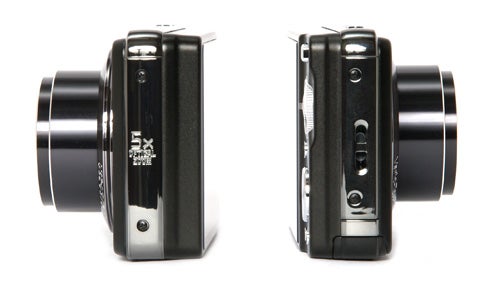 The W290 also has a Scene mode. There are only ten scene programs including the usual Landscape, Night Portrait, Snow, Fireworks etcetera. The only unusual one is a poolside scene mode, which enhances blue water. There’s also an Easy shooting mode, which takes away every option but picture size (large or small) and flash (on or off), but that’s so ridiculously simple it’s almost taking the


The W290 has a good video mode, shooting in 1280 x 720 resolution at 30fps. It starts recording very quickly, saving files in MPEG4 format, but the optical zoom cannot be used while recording and despite what it says on Sony’s website the audio is mono only. Both the video and audio quality are excellent for a compact camera, but bear in mind that within a few months every new compact over £100 will have video at least this good.

Sony’s Bionz image processor, and its compact cameras in general, have a solid reputation for performance, and the W290 is very quick in every respect. It starts up in just over 1.5 seconds, and in single-shot mode it has a consistent shot-to-shot time of approximately 1.6 seconds, which is very fast. In continuous shooting mode it can maintain a little under two frames a second, which for a 12-megapixel compact costing £199 is exceptional performance. 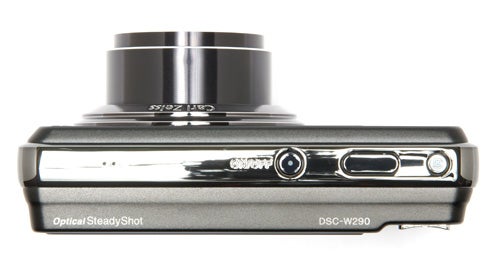 Sony’s nine-zone compact camera autofocus system just keeps getting better. The W290 focuses quickly and accurately in virtually any lighting conditions, and it has possibly the best low-light focusing of any compact camera I’ve recently encountered. It has a fast and very bright AF assist lamp with a useful range of at least four metres, and focuses quicker in total darkness than some other compacts do in daylight.


The W290’s built-in flash is also very good, with excellent coverage and easily surpassing its claimed three metre range. Close range metering is excellent, and the recycle time after a full-power shot is approximately seven seconds.


Image quality is generally good, thanks in no small part to the Carl Zeiss lens, which provides outstanding detail resolution, with excellent corner sharpness and no trace of chromatic aberration, although it does suffer from quite distinct spherical distortion at the 28mm end of the zoom range. Exposure metering and focusing are both reliably accurate, and the Dynamic Range Optimiser (DRO) feature ensures good shadow detail and a minimum of burned-out highlights. 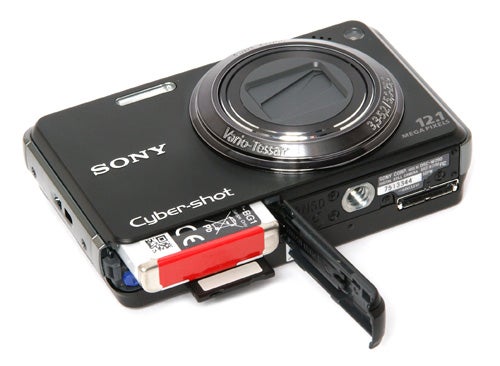 The only image quality problem the W290 does have is associated with image noise, but it’s a bit unusual. Images appear slightly noisy even at the minimum sensitivity setting of 80 ISO, with a faint grain right across the image. It does reduce the level of fine detail slightly, but it doesn’t really get any worse until 800 ISO, and it’s only at 1600 ISO that detail is lost in the darker areas of the frame. Even shots at the maximum 3200 ISO still retain quite good colour reproduction.

While it may not have the best picture quality in the world, and some of the controls are a little fiddly, if you want a camera that will take a good photo quickly and reliably in virtually any lighting conditions then the Sony W290 is very hard to beat. Excellent build quality, lightning-fast performance and the additional versatility of the 5x wide zoom and HD video recording make this camera outstanding value for money. 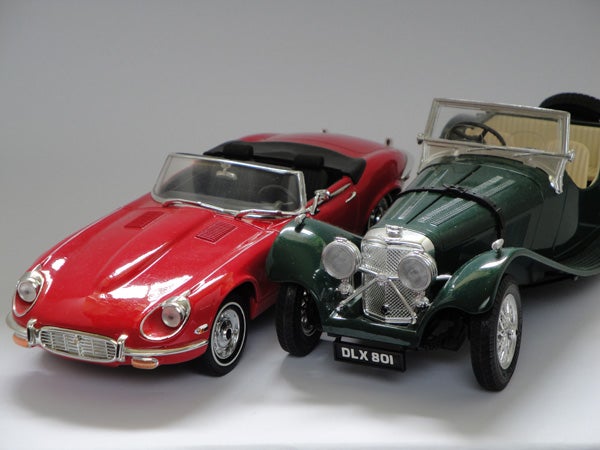 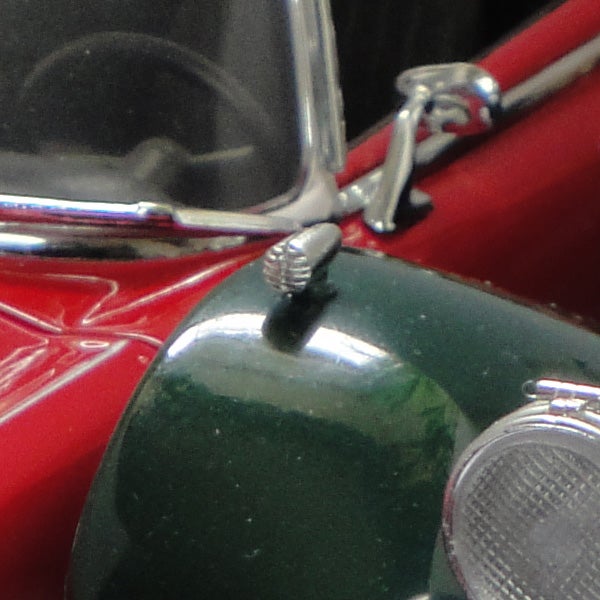 Although the image quality is very good, there is a slight grain right across the image. Unfortunately it doesn’t show up as much in this compressed JPEG. The white dots are dust on the model, not from the camera. 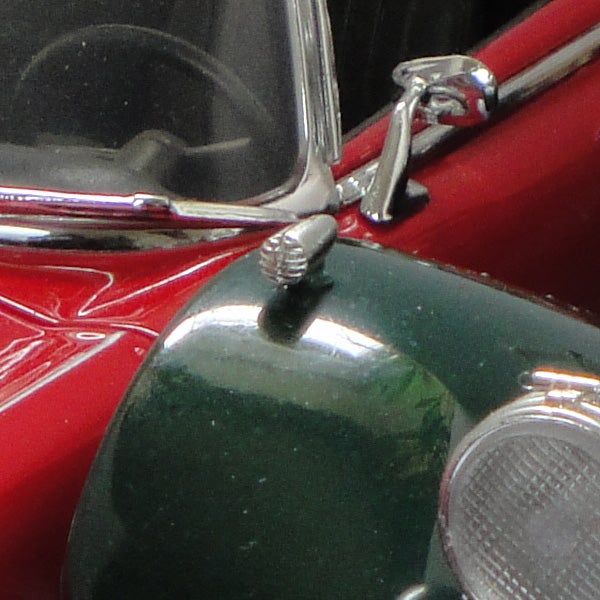 Slightly more grainy at 100 ISO, but no real noise problems. 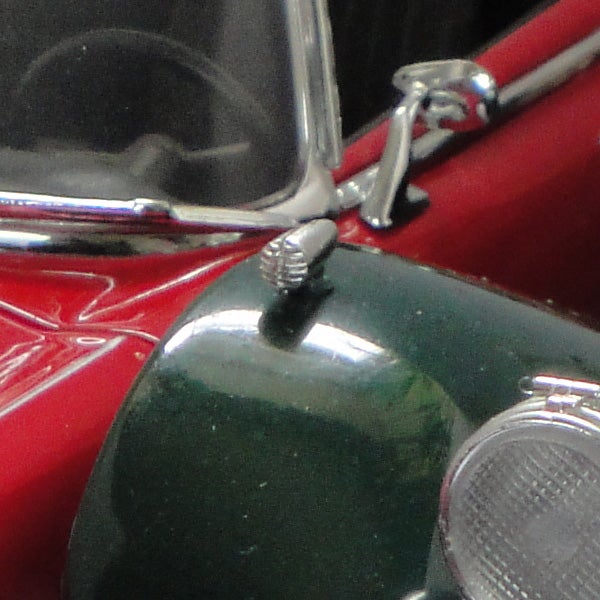 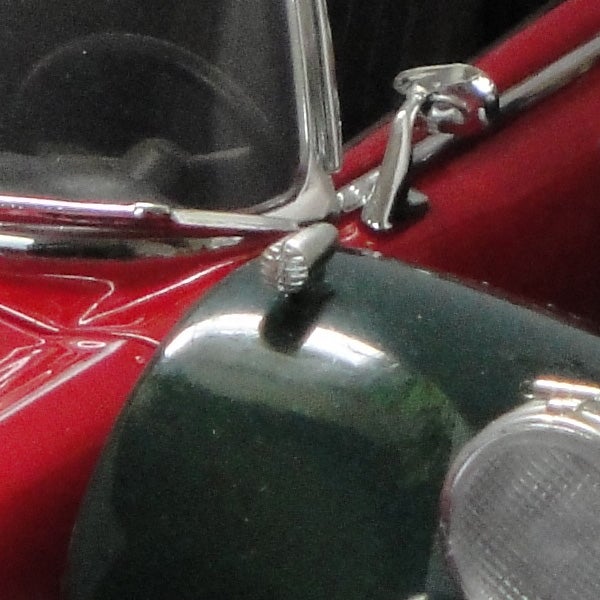 400 ISO is usually make-or-break for image noise, but the W290 is still doing well. 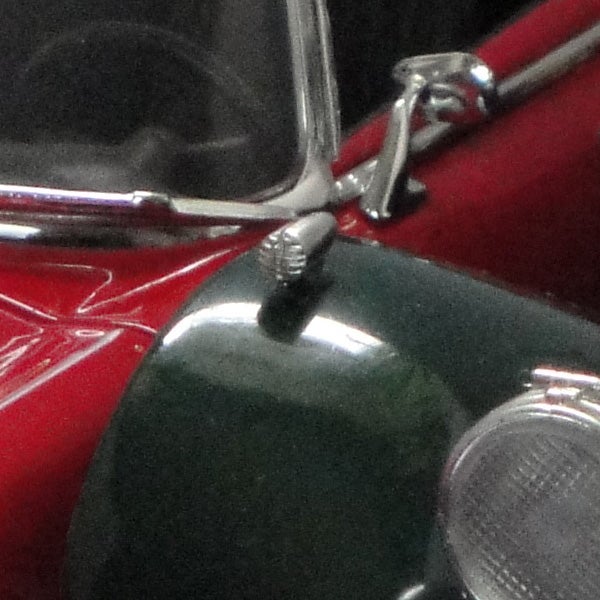 Noise is starting to be an issue at 800 ISO. 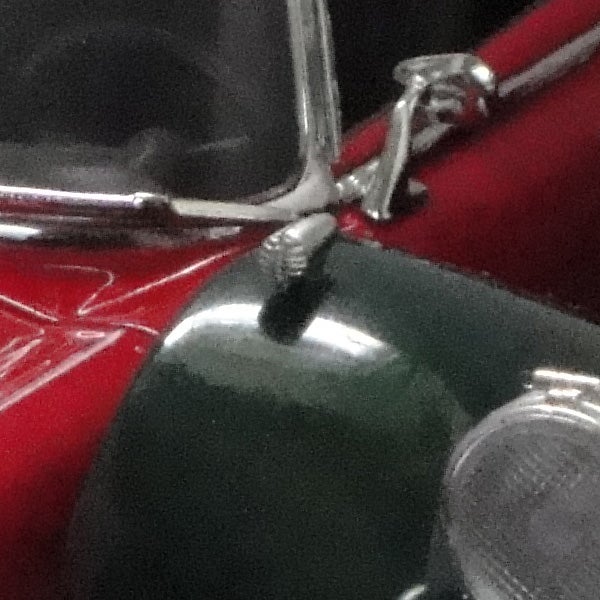 1600 ISO and a lot of darker detail has been lost to noise. 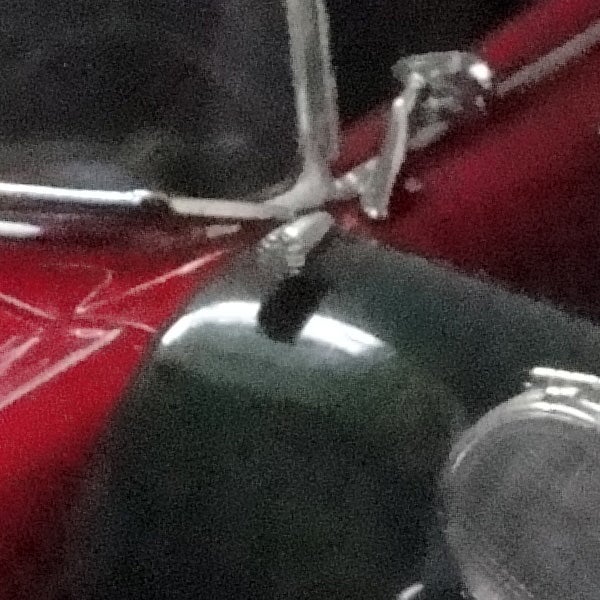 Image quality is poor at 3200 ISO, but the colour balance and saturation remains quite good. 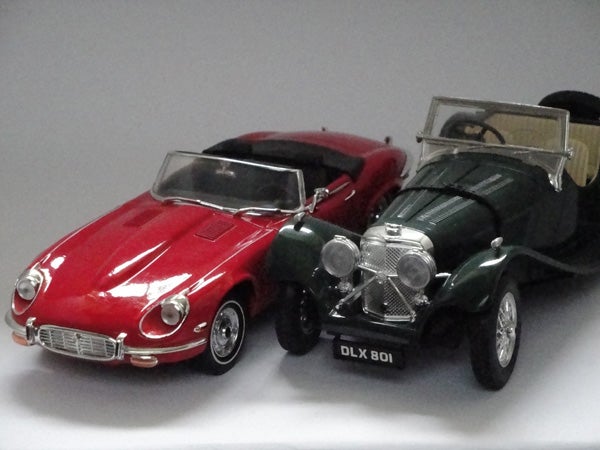 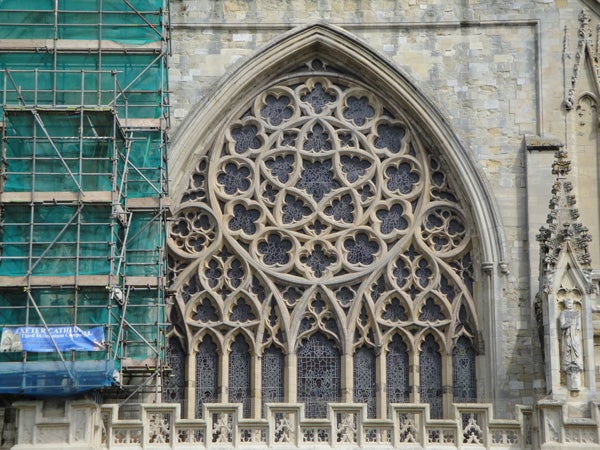 Here’s the usual detail test shot of the West Window of Exeter Cathedral for you to compare with other cameras. See below for a full res crop, or click to see the whole picture. 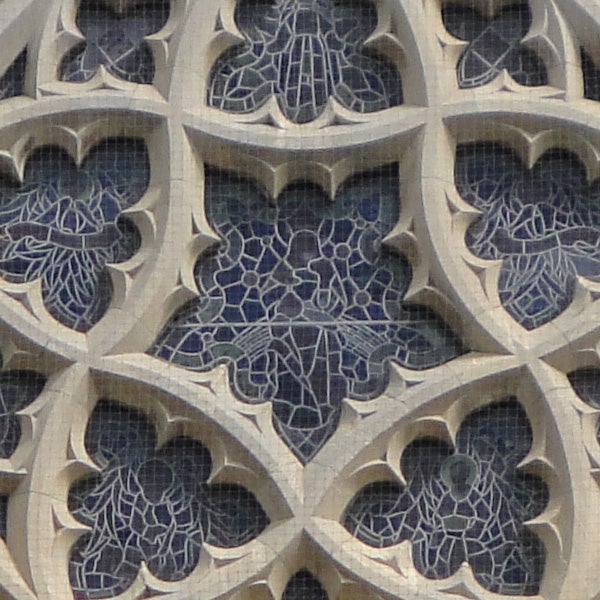 The Carl Zeiss lens provides tons of sharp detail, but some of it is lost in a general graininess. 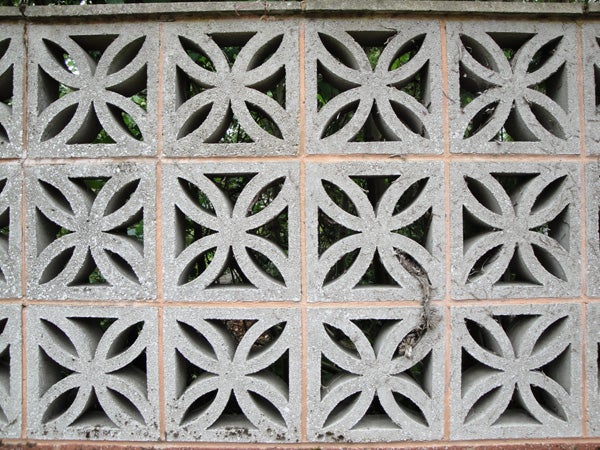 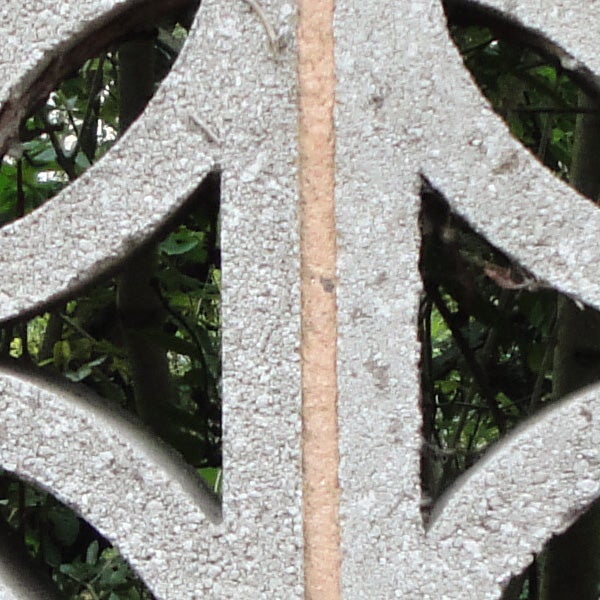 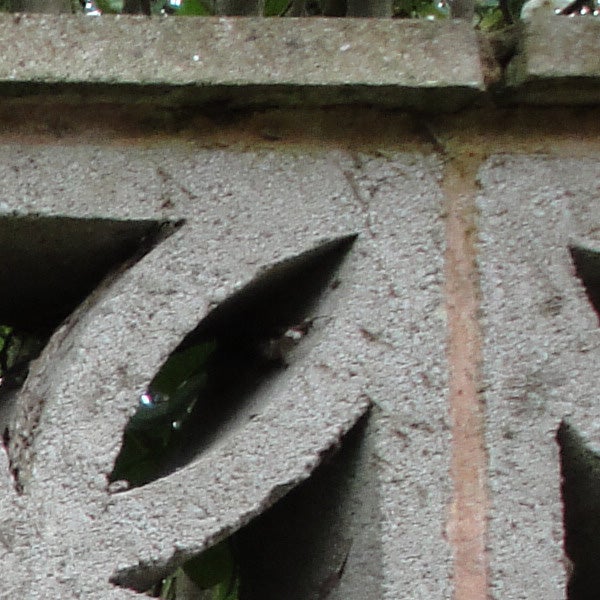 Corner sharpness is also excellent, with no chromatic aberration. 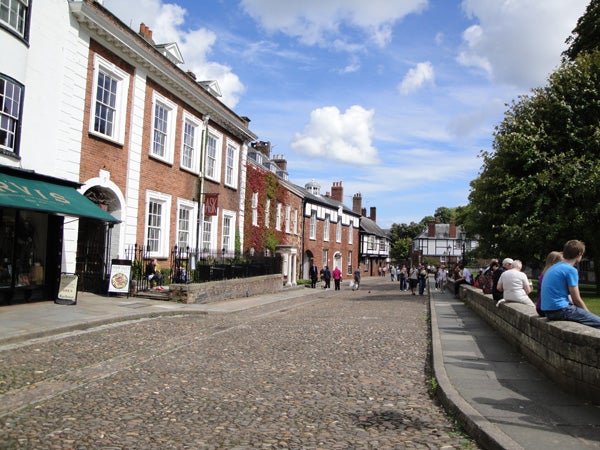 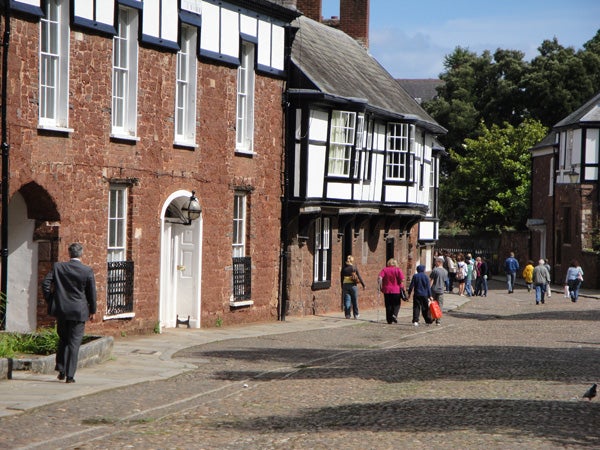 The long end of the 5x zoom range is equivalent to 140mm, a useful short telephoto. The DRO system gives good results, with both shadow and highlight detail. 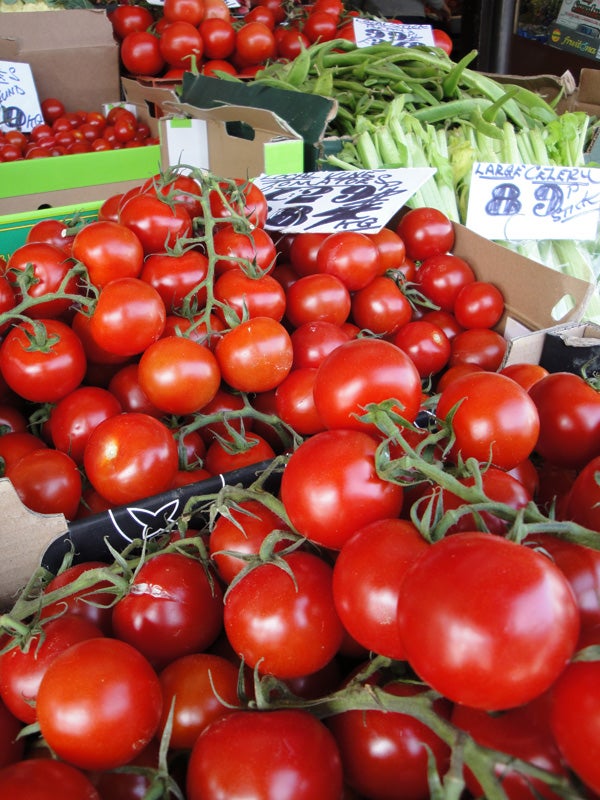 Colour is rich and well saturated.