It’s not unusual for camera manufacturers to maximise returns on their R&D expenditure by launching several different models that share almost all of their main features, to the point where in many cases the specifications of several models in a given range are virtually identical, differing only in a few minor details. A few weeks ago I reviewed the Sony Cyber-shot DSC-T77, a 10.1-megapixel sliding-cover ultra-compact with an internal 4x zoom Carl Zeiss lens and a touch-screen interface. Today I’m taking a look at the Cyber-shot DSC-T700, which as you may have guessed has the same sensor, the same lens and most of the same major features as the T77. 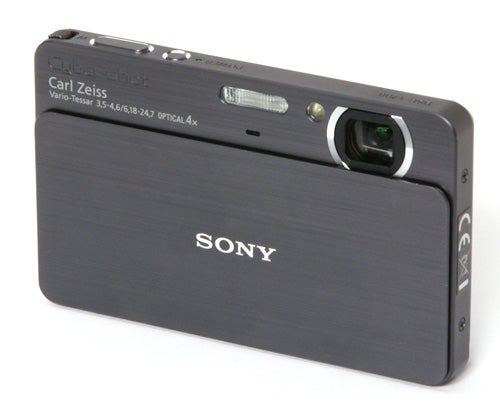 There are some differences of course, the main one being the monitor. Where the T77 has a decent three-inch screen with a resolution of 230,400 dots, the T700 has a bigger 3.5-inch screen with a massively sharp resolution of 921,600 dots, making it one of the highest resolution compact camera monitors on the market. Whether that is enough to justify the rather exorbitant price is a matter of opinion. The T77 is pretty expensive at £210, but the T700 thumbs its nose at the credit crunch with a recommended retail price of £299. Even from online retailers I couldn’t find it for less than £258. This is breathtakingly expensive even in the rarefied atmosphere of luxury compact cameras. The new Panasonic Lumix FX37, with its 5x zoom ultra-wide lens, is currently selling for around £190, the Canon IXUS 970 IS is £205, and the Nikon CoolPix S610c (review next week) is around £214. 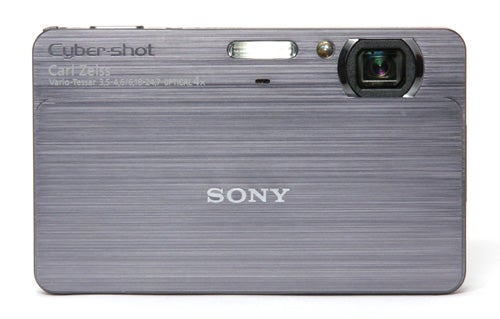 So apart from an unfeasibly sharp monitor, what does your £258 buy you? Well for starter it buys more cool style than you could ever possibly need, because there’s really no denying that the T700 is a great looking camera. With the sliding cover closed, from the front it is just a flat, sharp-edged slab of brush-finished aluminium, with a nicely understated Sony logo in the middle. Turning the camera over, virtually the whole of the back is taken up by that huge black monitor screen, with only a few discreet controls on the top panel to spoil its “fell though a time-warp from the future” appearance. The whole thing is just 16.4mm thick and weighs just 160g including card and battery, just heavy enough to feel satisfyingly expensive. Like all good style-oriented products, it is available in the titanium-grey shown here, as well as silver and, of course, pink.

There is, unfortunately, a downside to all that cool style. It’s difficult to make a camera that both looks good and handles well, and in this case style has won out over handling. There are a number of problems, and the first of them is that huge monitor. As I mentioned, it covers virtually the whole of the back of the camera, leaving only a 5mm-wide strip down the right-hand edge to act as a thumbgrip. Combined with the style-over-practicality positioning of the zoom and shutter controls this makes the camera very awkward to hold. There’s simply no easy way to grip it without your thumb obscuring part of the monitor view, and that brushed-finish front panel is very slippery. Fortunately the touch-screen controls are sensibly positioned so that you don’t accidentally operate them while trying to take a shot, but it’s still not the most ergonomic of designs. 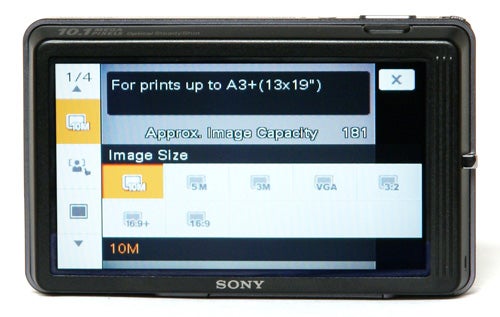 The touch-screen itself is certainly one of the better examples of the breed. The screen is large enough that even my oversize paws had no difficulty operating the controls, and the interface is well designed for fast and easy operation, while still looking slick and stylish. However the text on the screen, both in the menus and on the main display, seems to be designed for a different native resolution, and is very poorly anti-aliased. Letters have jagged edges and look slightly blurred, which can make them a bit hard to read. Considering how much effort has been expended to make the T700 look as good as possible this seems like an uncharacteristic oversight.


Like most Sony cameras the T700 is loaded to the gunwales with clever technology. It features Super SteadyShot optical image stabilisation, an enhanced face detection with automatic child and adult optimisation, and Sony’s Smile Shutter mode, in which the camera will wait until your subject is smiling before taking the picture. All of these systems appear to work as advertised, although as usual they do have their limits. Face detection works most of the time, but is baffled by hats, beards, sunglasses, poor lighting and people who aren’t looking straight at the camera. Smile detection also works, but it is so unreliable that you’re unlikely to use it in most social situations. The optical IS system is very good however, providing pin-sharp shots at shutter speeds as low as 1/10th of a second. 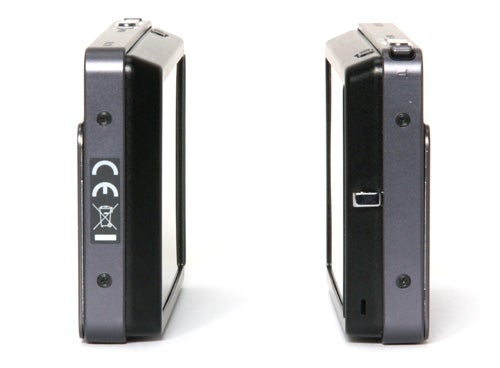 The T700 has one unusual selling point, which is its 4GB of internal memory, enough for just under a thousand shots at maximum image quality. Considering the relatively high price of Sony’s Memory Stick cards this is a welcome feature, and means that you can comfortably use the camera without ever having to buy a memory card. You can download your pictures by connecting the camera to a PC either using the supplied cables or via the optional CSS-HD2 docking station.


The T700 has some fun features in playback mode too, including touch-screen controlled image editing and special effects options, such as a fish-eye lens effect, radial blur, starburst filter, and even an appallingly creepy option to adjust people’s faces to make it look like they’re smiling. You can also paint directly onto the image, using either an adjustable-size brush or pre-set stamp tools, although this feature is best used with some sort of stylus. Other playback features include automatic red-eye removal, frame composites and of course a slideshow.

Overall performance is usually Sony’s strong suit, so it’s no real surprise that the T700 starts up in under two seconds. Using maximum image quality, in single-shot mode its shot-to-shot time is approximately 1.8 seconds, which is pretty respectable, while in continuous shooting mode it can comfortably maintain almost two frames per second. The movie mode performance is nowhere near as impressive, shooting in the now standard VGA resolution at 30fps with mono audio.

The built-in flash has excellent range and frame coverage, but seems to be very prone to red-eye, which the automatic red-eye correction feature was only partially effective at removing.


Sony claims a battery duration of 200 shots, which appears to be accurate. I was also impressed with its duration over time. I’ve had this camera for a couple of weeks now, and fully charged it when I first received it. Only today while shooting the final few test shots did the battery indicator finally drop to the last of its four bars.


The T700 has a sophisticated nine-point autofocus system which is both fast and accurate in good light, and also works well in low light, although since it automatically switched to wide-area AF in low light it doesn’t cope particularly well with moving subjects under these conditions. It has a good AF assist lamp with a range of a couple of metres.


Finally we come to image quality, and here the T700 delivers results that are indistinguishable from the T77, with exactly the same problems. The Carl Zeiss lens performs as well as one might hope, producing good edge-to-edge sharpness and minimal chromatic aberration, and less barrel distortion than most other periscope-type lenses. At low ISO settings and normal lighting conditions the sensor produces good results, although higher ISO settings produce major image noise problems. High-contrast scenes run into problems with the sensor’s limited dynamic range, producing burned-out highlights and murky shadows. Colour rendition is generally very good though, with plenty of detail even in very bright saturated flowers, and overall exposure metering is very accurate, even in unusual lighting conditions. 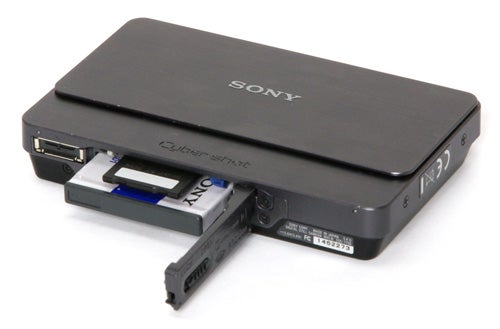 The Sony Cyber-shot T700 has excellent build quality, respectable performance and image quality that will be more than sufficient for most casual snapshot situations. It has some useful and entertaining features, but its primary feature is its style. It is designed to appeal to a very specific kind of person; someone who would happily buy a Bang & Olufsen hi-fi. It’s not the best camera on the market, but it looks like it should be and has a price to match, and for some people that’s what really matters. 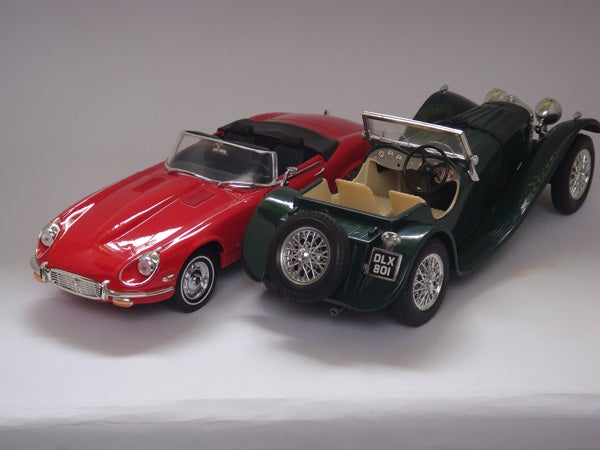 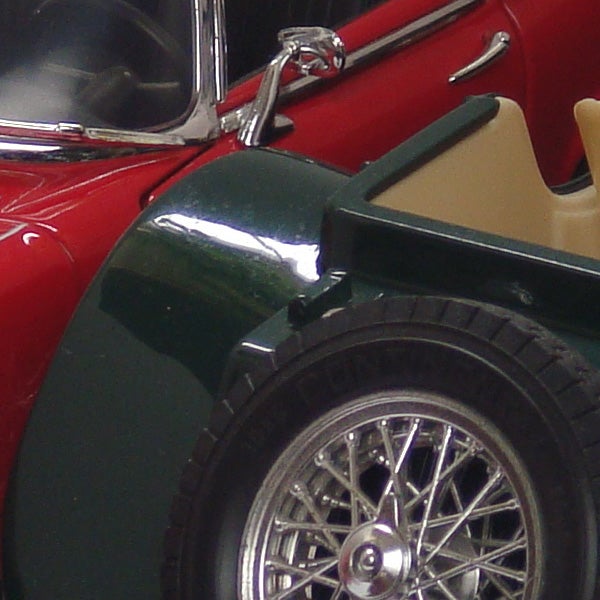 At the minimum ISO setting of 80 the image is mostly noise-free, but does look a bit over-processed. 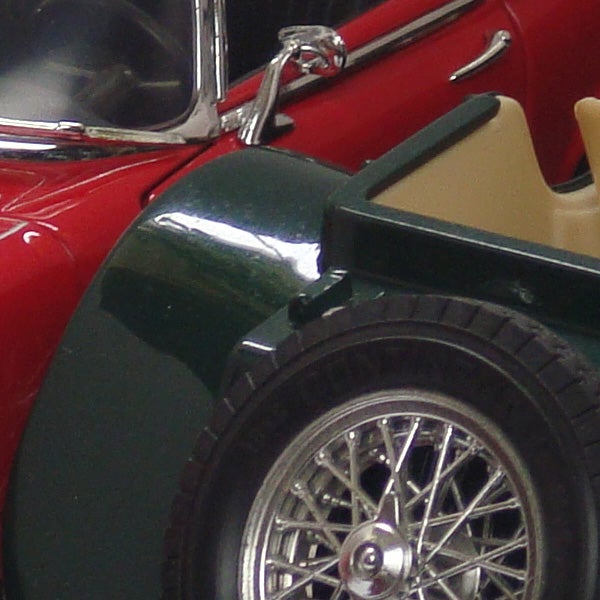 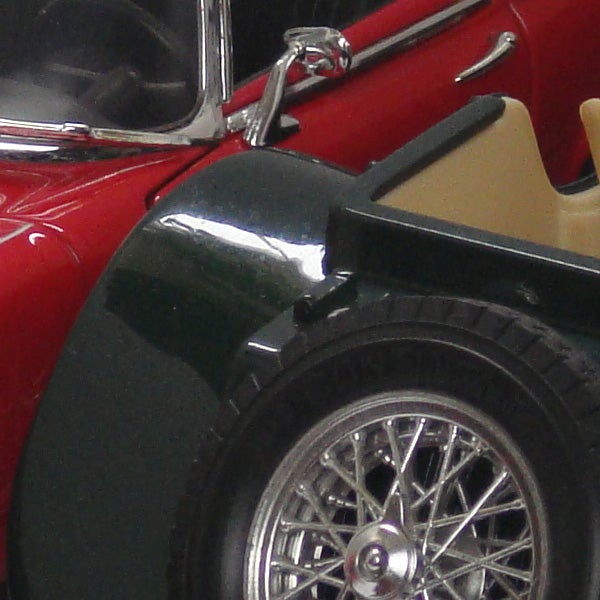 Colour saturation in the green channel is starting to fade at 200 ISO. 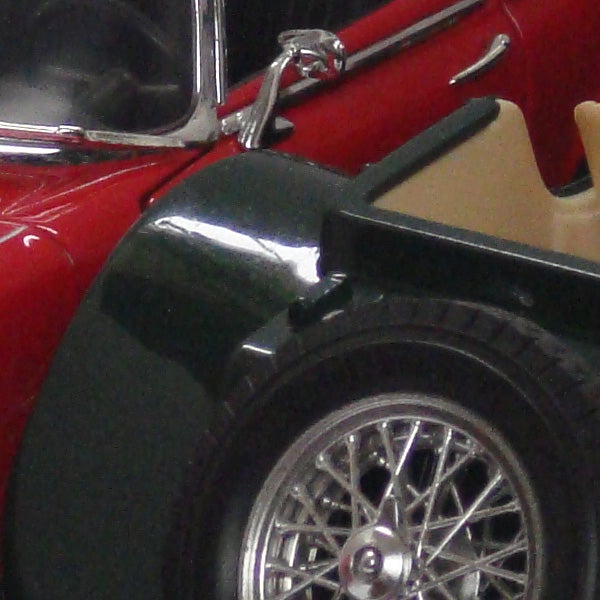 A sudden drop in image quality at 400 ISO, with very heavy noise reduction. 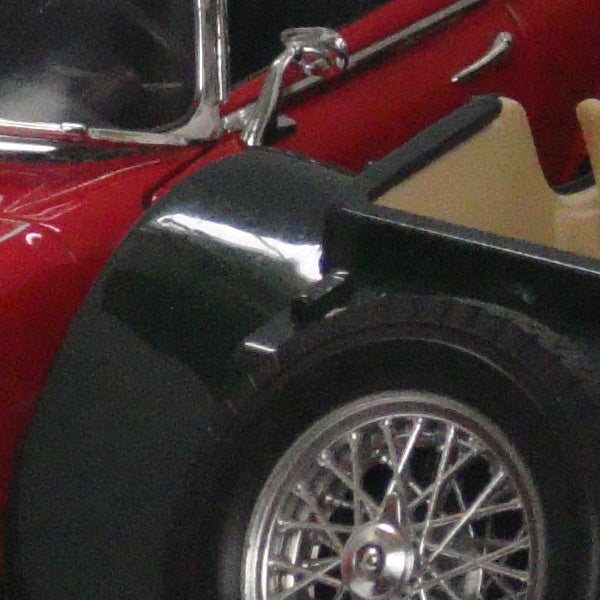 Even more noise at 800 ISO, with little fine detail remaining. 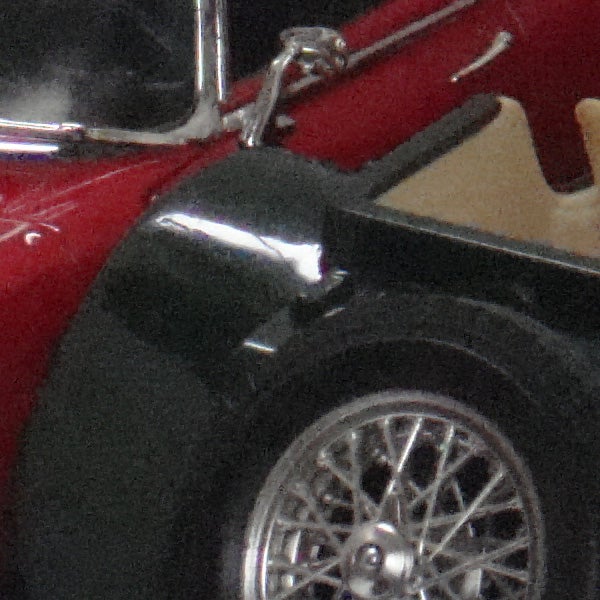 At 1600 ISO you can barely tell where the green of the car body ends and the black tyre begins. 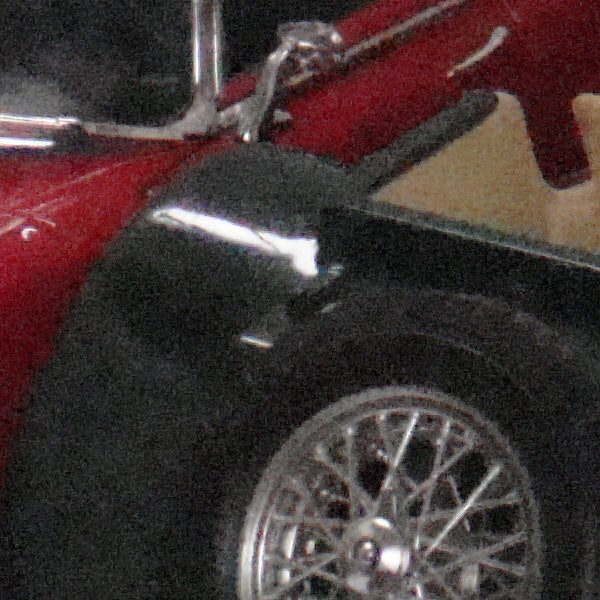 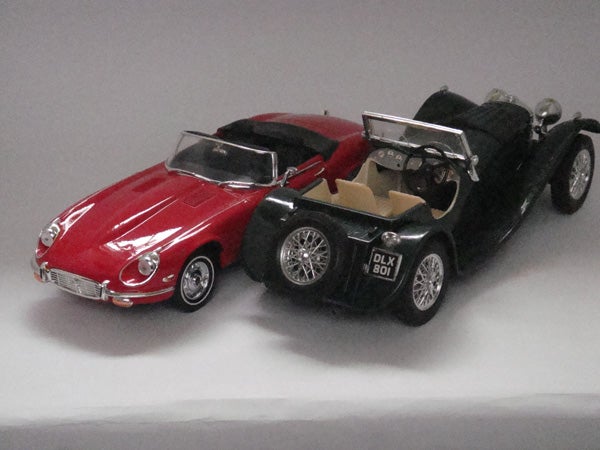 This is the full frame at the maximum sensitivity setting of 3200 ISO. 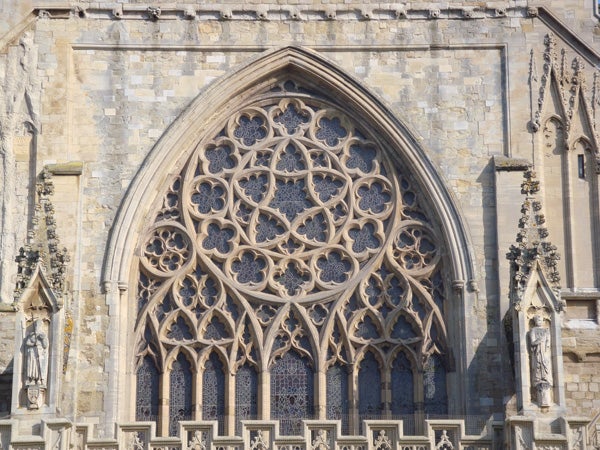 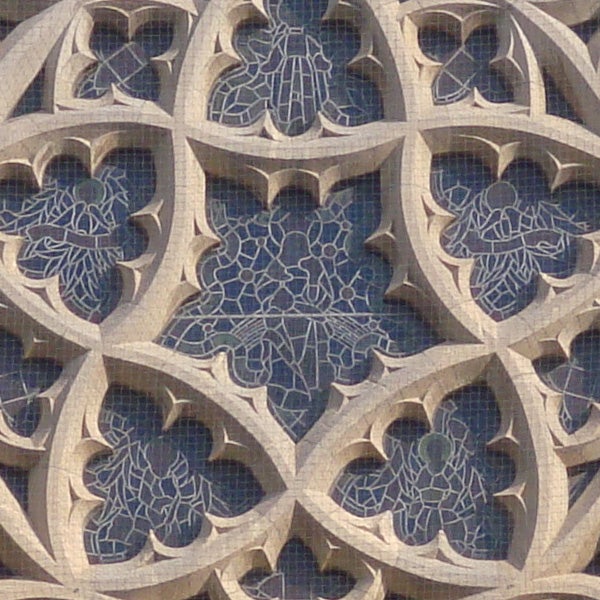 The image quality is virtually indistinguishable from the Sony T77. 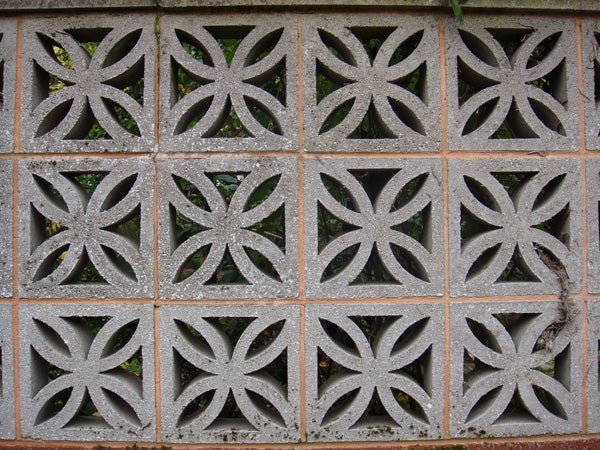 The tiny periscope lens produces less distortion than most others of this type. 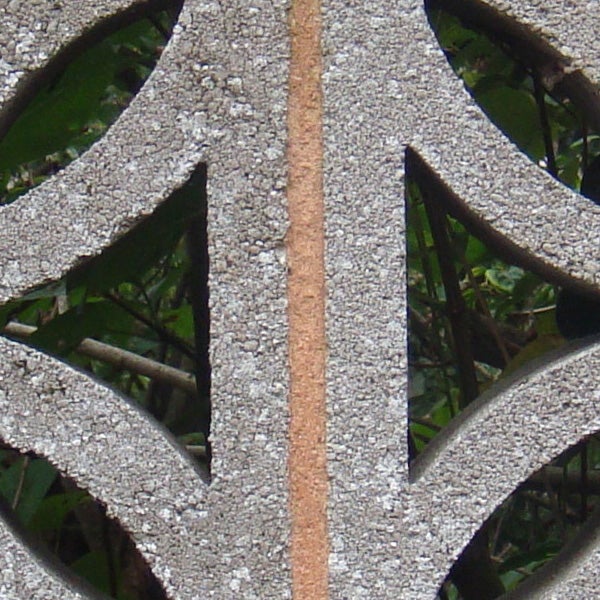 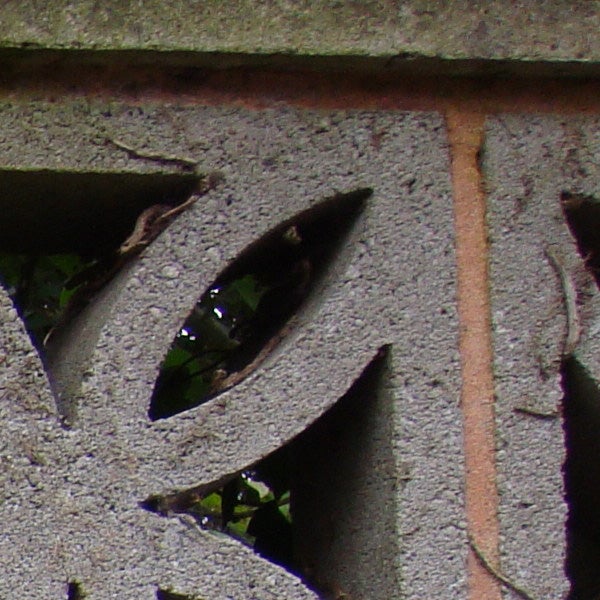 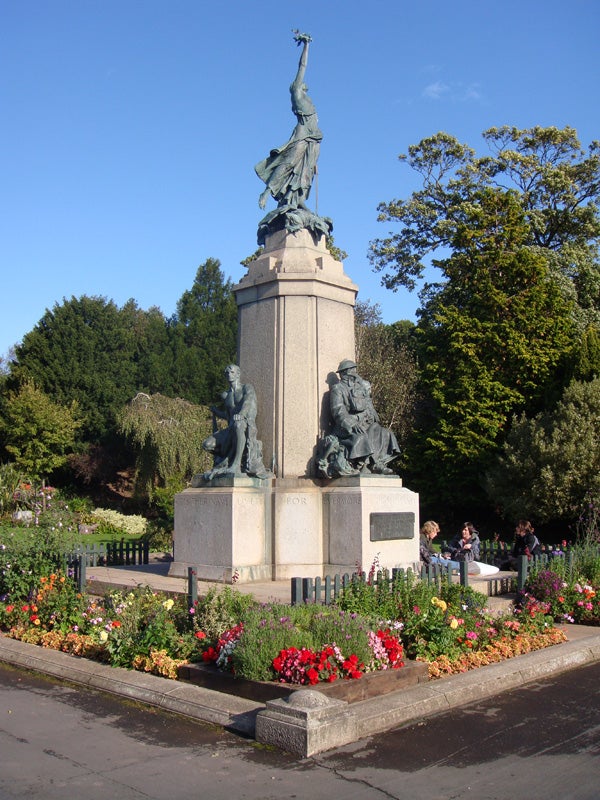 The wide-angle end is equivalent to 35mm on a 135 film camera, adequate for most purposes. 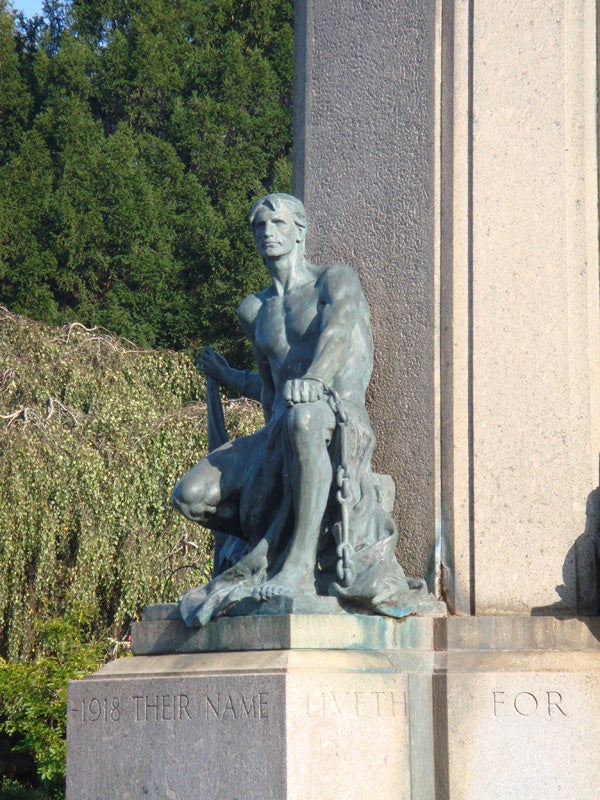 The telephoto end of the 4x zoom lens is equivalent to 140mm. 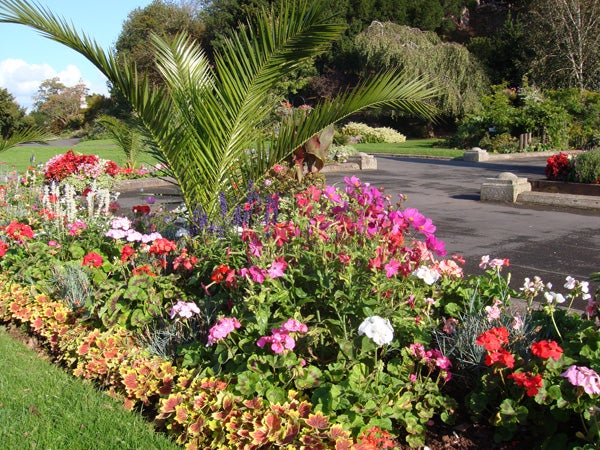 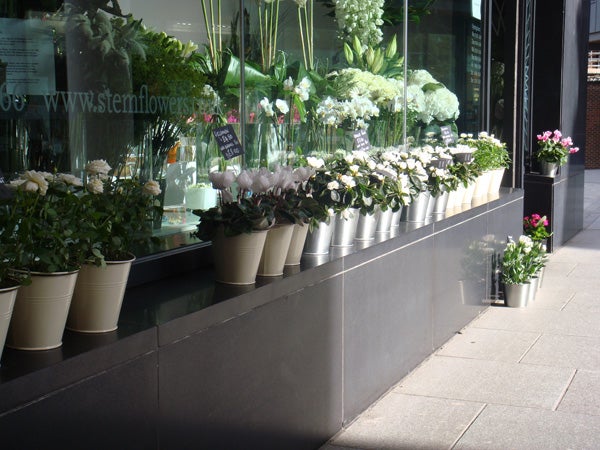 There are some black shadows and burned-out highlights on this high-contrast shot. 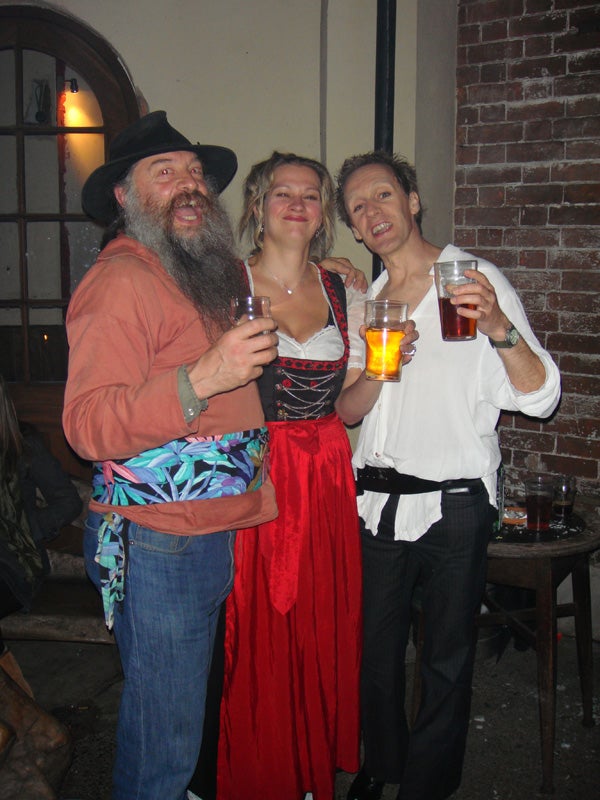