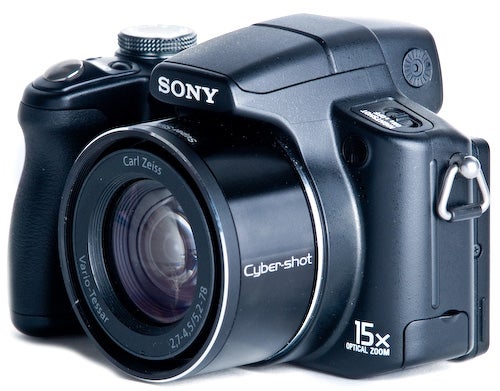 The most obvious of these is the large 3-inch LCD monitor set on a tilting hinge to allow waist level or overhead shooting. For those that prefer eye-level shooting the camera also features an electronic viewfinder (EVF). The camera’s autofocus system uses a 9-point flexible spot system with single and continuous focus modes. Sony has also included face detection and smile detection, which fires the shutter when the camera recognises the curve of the mouth.


There’s also Sony’s Night Spot mode offering black and white photography in pitch black conditions, a lá Big Brother. Macro focusing is possible down to 1cm at the wide end of the lens.


The H50 offers a full complement of shooting modes, including Manual, Shutter and Aperture Priority AE and Program AE, as well as an ‘Easy’ mode and a set of scene modes. These cover the usual set of common photographic subjects such as Landscapes, portraits and action, as well as subject such as beach, snow, twilight and fireworks. 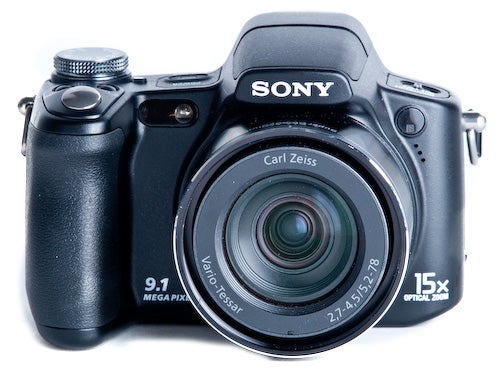 As I mentioned previously the camera offers a fast shutter speed of up to 1/4000sec, matching that of most entry level Digital SLRs. This combined with the burst speed of approximately 1.5 frames per second at highest resolution over 100 shots makes the camera an attractive proposition to those looking for a sports or wildlife camera, though it still fails to match the speed of a DSLR.


On top of that the cameras highest ISO setting of 3200 allows low-light shooting, fast shutter speeds in brighter light or with the lens at full extension. As is common with most Sony cameras these days, the H50 also has Super Steady Shot optical image stabilisation to counteract the effects of camera shake.

The H50 has a 49-zone multi area metering system backed up by centre weighted and spot metering. There’s also ±2EV exposure compensation, with exposure compensation bracketing over 3 frames. As with its DLSR range, the H50 has a Dynamic Range Optimise function, which is useful in high contrast conditions to save highlight and shadow detail. This has two settings, standard for shadow retention and D-R Plus for highlight and shadow retention. 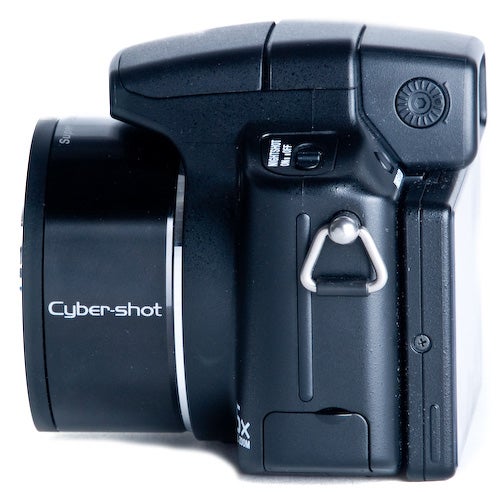 
The camera records in JPEG only, with images saved to a Sony Memory Stick Duo format media and Sony’s decent movie mode, VX-MPEG is included allowing recording to the capacity of the card is also on board.


A useful remote control is included with the H50, allowing remote shooting and playback options, which is useful if images are being played back via the A/V output to a TV for example.


Considering the amount of features, and the lens and LCD, the camera is remarkably small and herein lies its main problem. The back of the camera is dominated by the large screen, which sits away from the back due to the tilting hinge. This leaves little space for other controls and I found my thumb continually forced to rest on the zoom control. The hair trigger of this button means that I repeatedly zoomed in when I didn’t want to. Repositioning my thumb forced it to press the menu button, also an inconvenient outcome, not to mention making the camera less comfortable to hold. 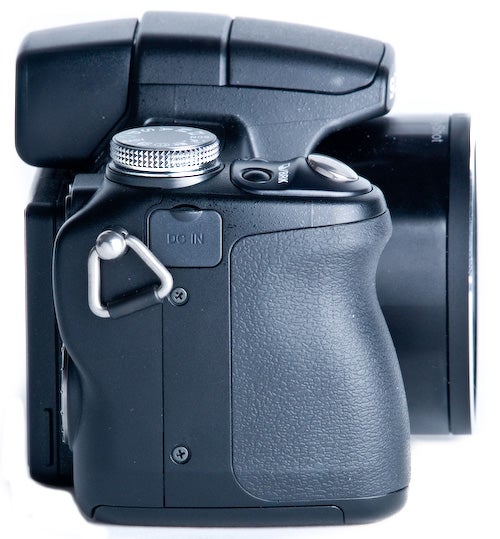 The camera’s deep grip is more comfortable however and when held normally (despite the zoom control) the camera does sit nicely and securely. Ease of use continues to be a misnomer when it comes to using the manual and AE modes. I had to resort to using the manual to work out how to change shutter, aperture and ISO – which after eight years of testing digital cameras is frustrating to say the least.

Once I knew how to change the settings, I was still frustrated by the system. You need to press the central OK button in the middle of the control pad and use the surrounding scroll wheel to move a yellow arrow on the screen to the desired setting – i.e. the ISO, shutter, aperture, EV compensation or AF point. Then press the OK button again to adjust that setting, again using the scroll wheel. Apart from the AF point which uses the four way control buttons to move the AF point and the scroll wheel to adjust the size of the AF area. 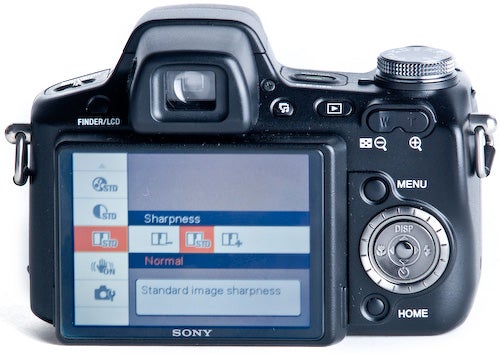 I found myself continually trying to use the four way buttons, so I constantly changed the macro or flash mode. With practice you get used to the system but it’s still too slow and if you want to keep your eye to the camera it requires a level of digit and memory dexterity only achievable by Derren Brown. It was easier to take the camera from my eye, turn the viewing from EVF to LCD, make the changes, turn back to the EVF and continue shooting. Hardly the fastest operation I think you’ll agree.


On the other hand the camera has some more speedy handling habits. There’s a button by the shutter release button for changing the drive mode and another for hanging the metering mode, for example and a switch for quickly changing to Night Shooting. Handy as these may be, I’d prefer faster access to aperture and shutter – the fundamental controls of any camera. Sony seems to have got its priorities (pun intended) just plain wrong. 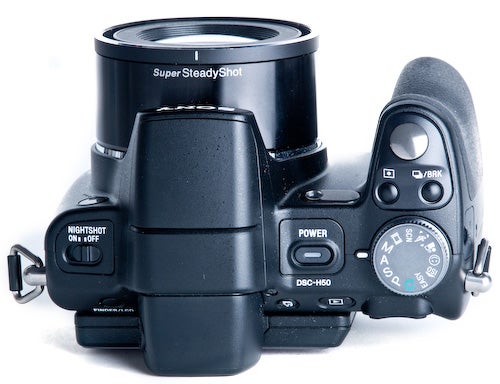 Another cause of consternation is the large lens hood that’s included with the camera. Whilst this important accessory is very welcome, it’s two part design is not. There’s a large adapter that screws onto the filter thread around the lens, with a rotating ring around the front. A second petal hood is then placed onto the front of the adaptor. However you can’t rotate the petal hood/front ring with the hood in place, so you have to align everything before you attach the petal hood. With a lack of clear alignment marks, this process is a puzzle. I like puzzles, when I have time to kill, say on a long train journey, but not when I want to go out and take some pictures. Very bad design, Sony!

Despite the problematic handling, the Sony H50 churns our reasonable results, once you’ve spent most of the morning setting it up. Colours and exposures are generally pretty good and Dynamic Range Optimiser makes a good job of evening out contrast in more extreme conditions.


At times the sharpening algorithms can be a little over enthusiastic though, with some halo effects occasionally appearing. The effects of fringing further compound this, which is slight but noticeable when images are viewed at 100% on screen, especially at the image edges. However central sharpness is good and images look crisp and respectable at normal viewing size. 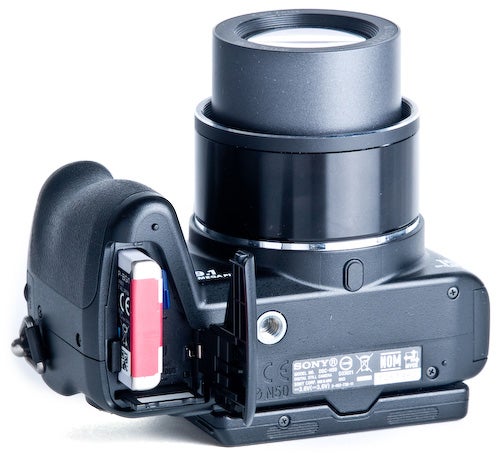 Noise is okay at the lower ISO settings, but even by ISO 200, images begin to look a little gritty, while by ISO 800 noise is noticeable but acceptable. ISO 1600 and 3200 have more noticeable image noise, which I would state as average for this type of camera and those speeds.


The combination of all of this is that although the images look okay, they have a slightly unreal digital look to them. It’s not they are bad, just not as good as some other cameras, and certainly don’t measure up as an alternative to a DSLR with larger sensor and better processing.


On paper the Sony Cyber-shot DSC-H50 looks promising. It’s got good resolution, a long lens and a really nice LCD. The viewfinder is better than most and the high ISO and fast shutter are eye grabbing. Its feature list is impressive too with pretty much every headline making technology included.


However the images are average, and the handling is horrible. If the camera was just slightly larger and had better manual controls it could probably pass muster but as it is, it doesn’t. 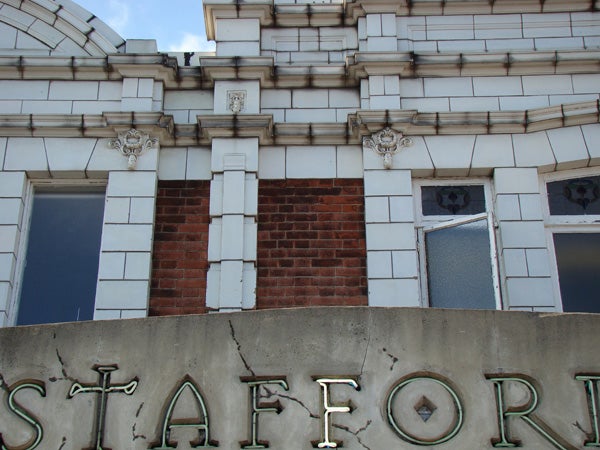 (centre)”’This is the full frame image at the minimum sensitivity of ISO80.”’(/centre) 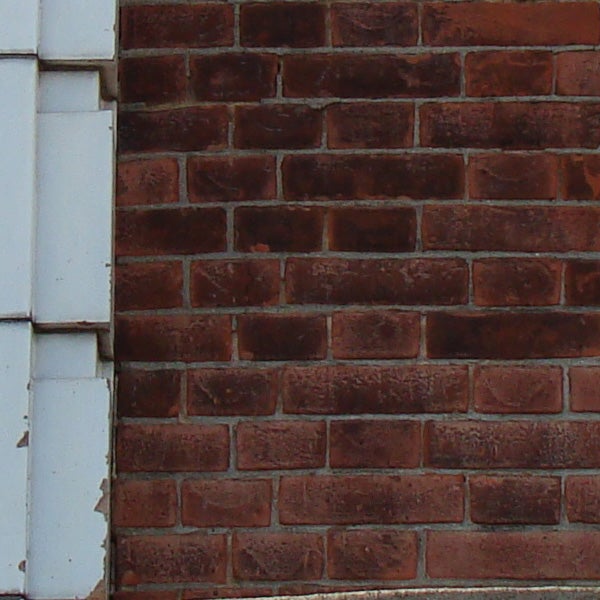 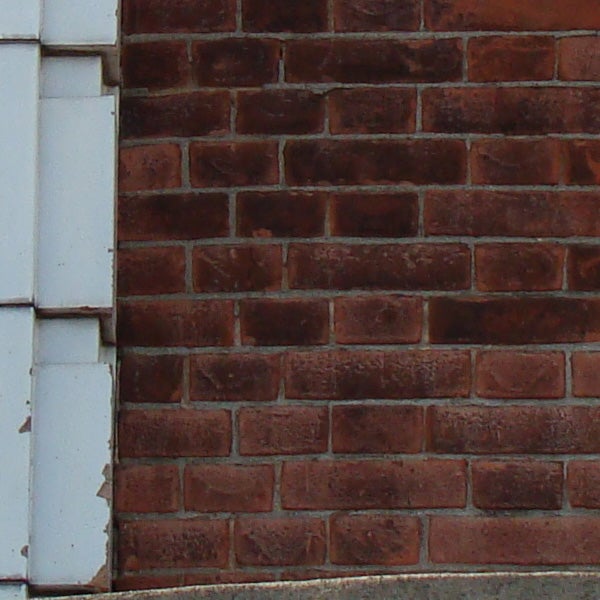 (centre)”’ISO 100 maintains the same level of noise control as above.”’(/centre) 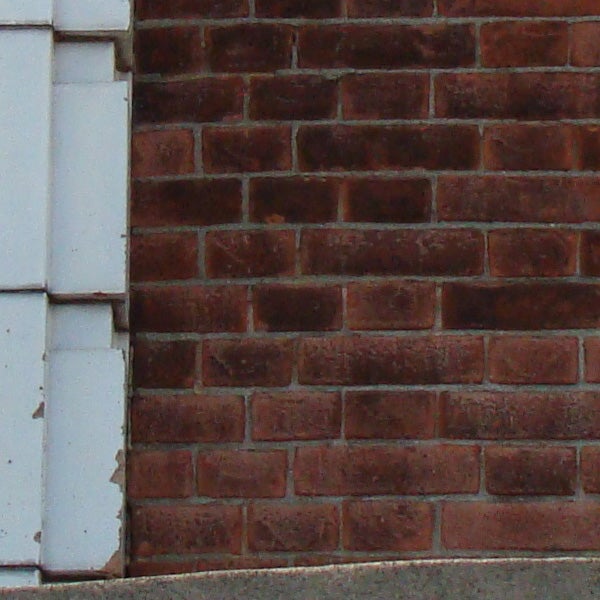 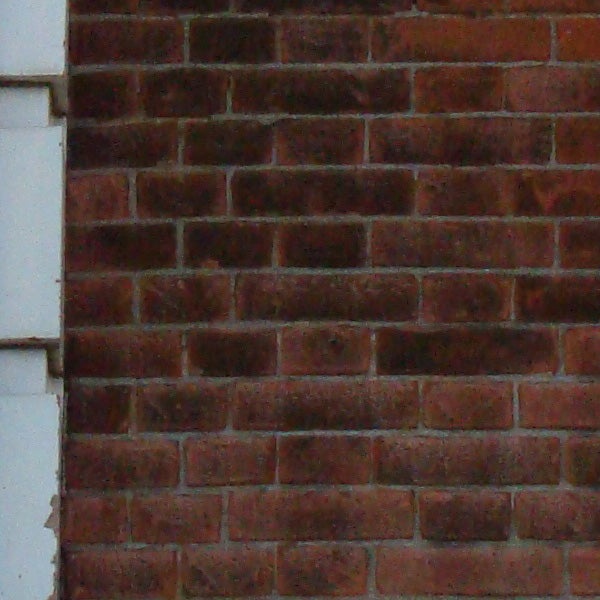 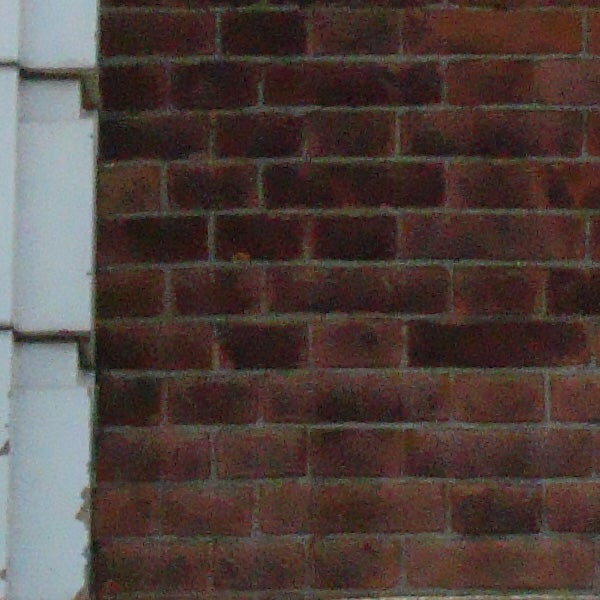 (centre)”’SO 800 shows plenty of chroma noise but is okay for this speed.”’(/centre) 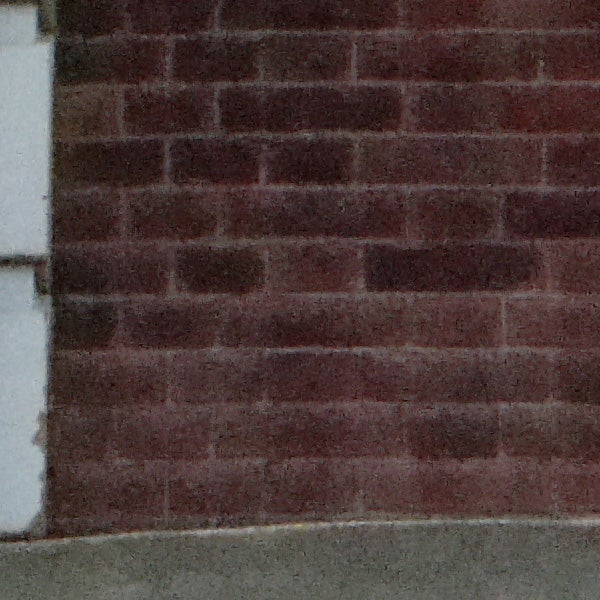 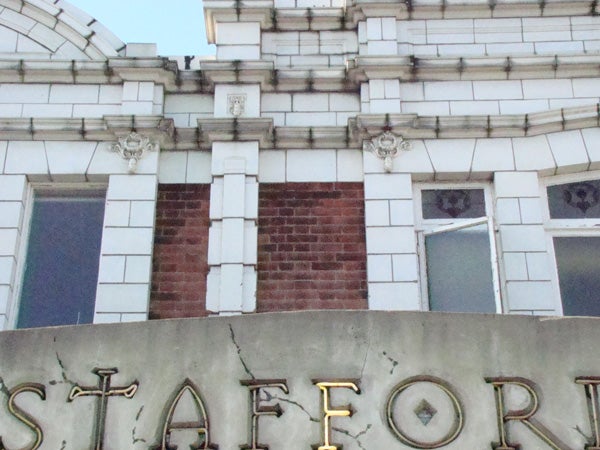 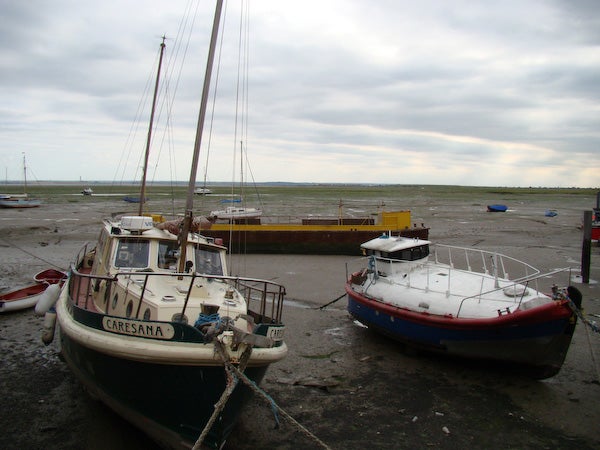 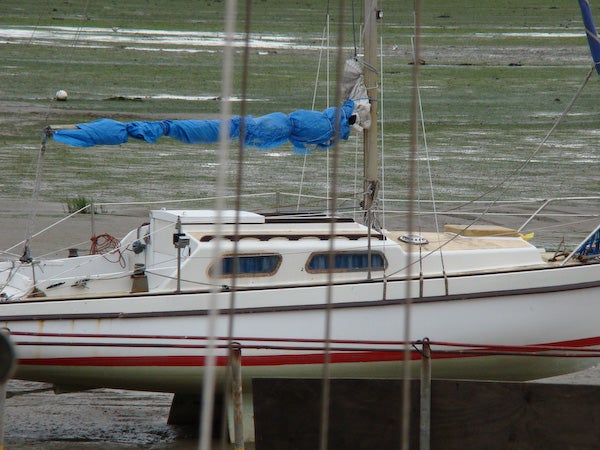 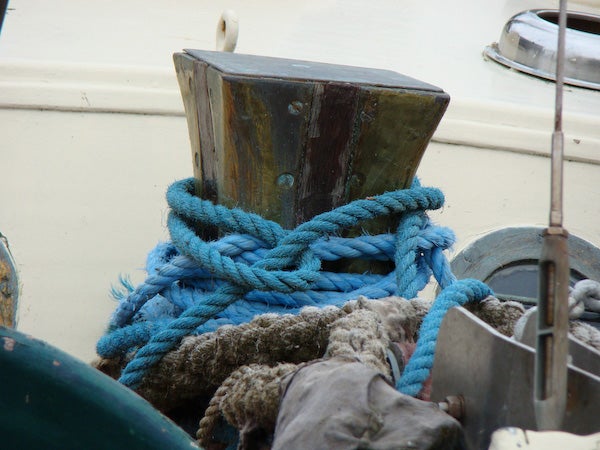 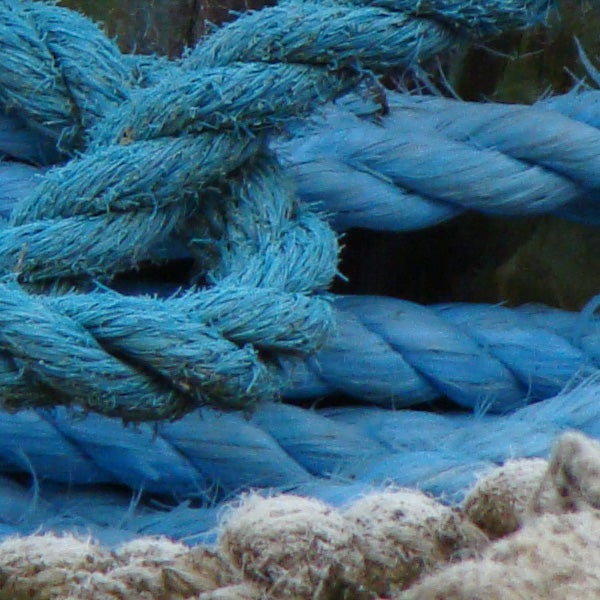 (centre)”’This is the central portion with good sharpness but notice the purple fringing on the white ropes.”’(/centre) 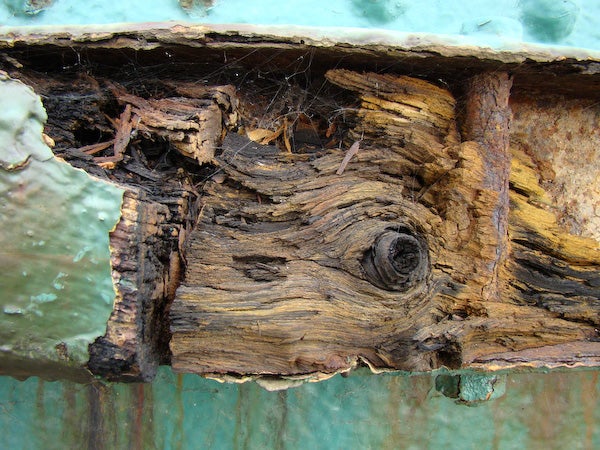 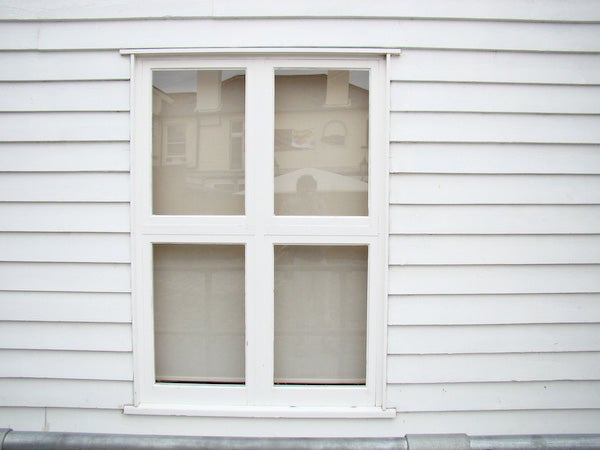 (centre)”’The wide end of the lens has some barrel distortion.”’(/centre)

”Here are some general test shots to help evaluate the camera’s overall image quality, including the zoom range of the lens.” 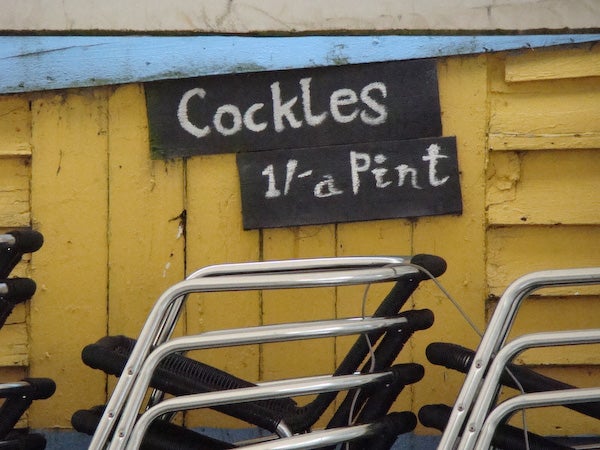 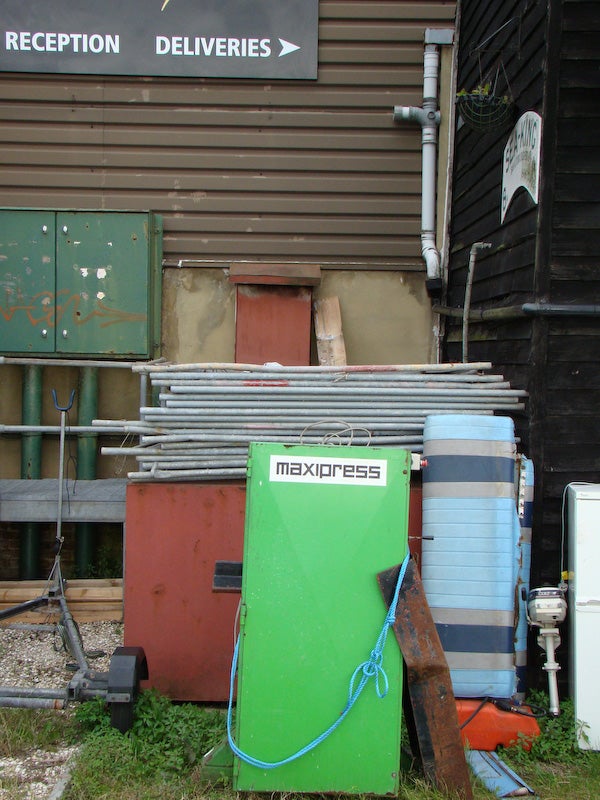 (centre)”’Another example of decent colour but the purple fringing can be seen at the top of the frame in the lettering.”’(/centre). 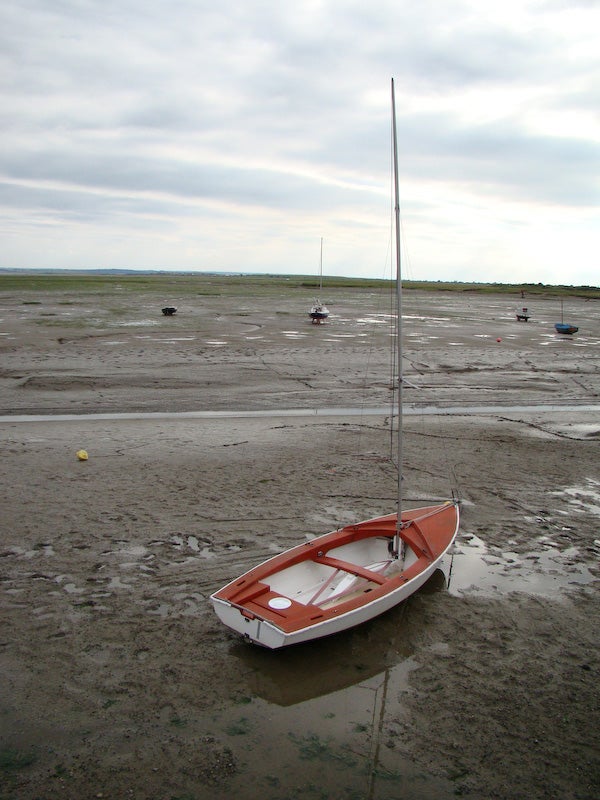 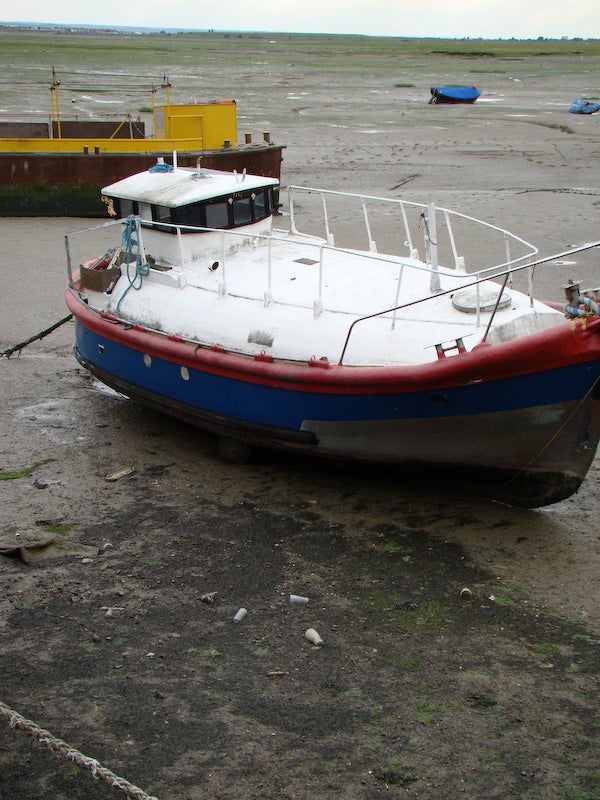 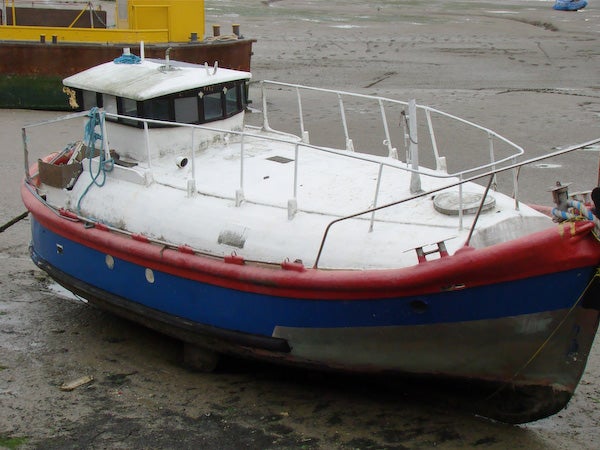 (centre)”’A similar image as above, this time using the Dynamic Range Optimiser Plus function,

which opened up the shadows more and kept more of the highlights.”’(/centre)