A couple of months ago I found myself seriously wowed by Sony’s first LED TV: the KDL-55X4500. In fact, I even dared to mention the TV in the same breath as Pioneer’s KURO plasmas, and you can’t say fairer than that.


However, the 55X4500’s massive 55in screen size is hardly going to suit the majority of UK living rooms, and its north of £3k price tag is intimidating to say the least. So people desperate for a truly outstanding hunk of Sony quality – while we wait for the brand to sort out the recurring backlight consistency issues with its standard LCD TVs – the 46in KDL-46X4500 could be just what the doctor ordered. 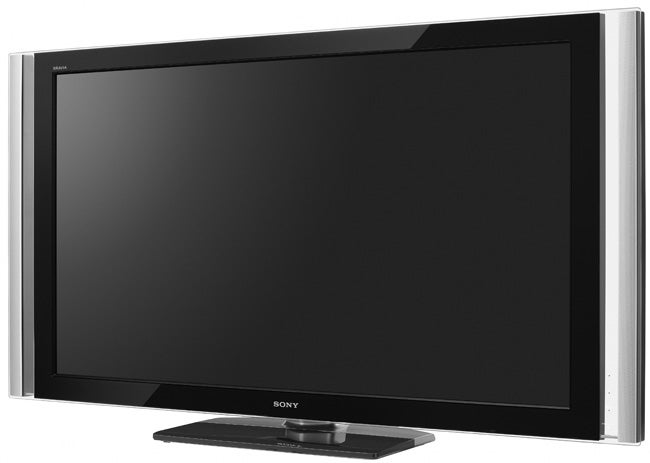 Erm, not that it’s particularly small or cheap, mind you! As it’s name suggests, it’s got a still-considerable 46in screen, and a price of £2,482.50 – still a pretty ‘princely’ sum when you consider that 46in TVs can now routinely be found for under a grand.


The key to the 46X4500’s price, of course, is the LED acronym mentioned in the first line of this review. For the X4500 range is the first from Sony to use LED backlighting, where the traditional single, always-on LCD light source is replaced by an array of separate LED light clusters, all of which are individually controllable so that they can reproduce completely independent light levels. 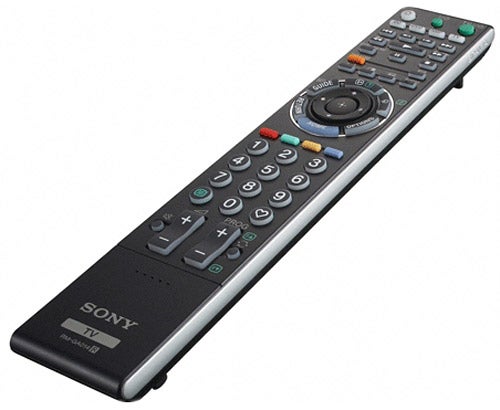 In other words, one cluster of LED lights can shine forth with maximum brightness while the cluster right next to it can be switched off to deliver near-total darkness. Not surprisingly, this ability to combine extreme brightness and darkness within a single frame has the potential to massively improve contrast versus what’s possible with standard LCD TVs.

The 46X4500 also does its damndest to justify its price with its connections. And so a very respectable four HDMIs are accompanied by two component video inputs (one more than we usually see), a USB port for playback of multimedia files, an Ethernet port for streaming in multimedia files from a connected PC, and even a Digital Media Port through which you can play music files from portable audio players (via a suitable and not included adaptor).


The Ethernet port doesn’t support ‘Internet’ access like Sony’s new V5500 and W5500 ranges. But with Sony’s AppliCast online system still very much in its infancy, if forced to pick between a handful of online features or the picture quality boost gained from LED technology, I’d go for the X4500’s LED lighting every time. 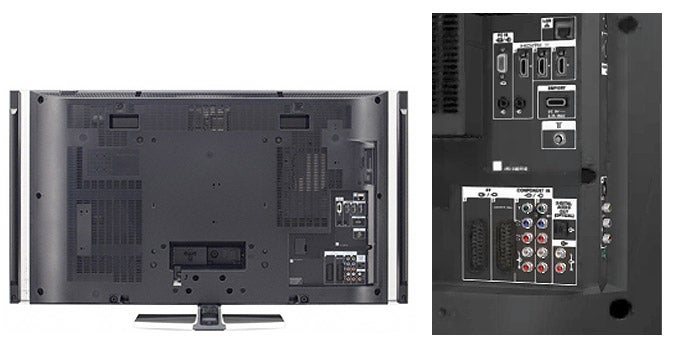 
Even the 46X4500’s design might fairly be considered a ‘feature’, thanks to the extravagant way it builds its snazzy silver strip speakers into transparent glass extremities sticking out beyond the inner black bezel. 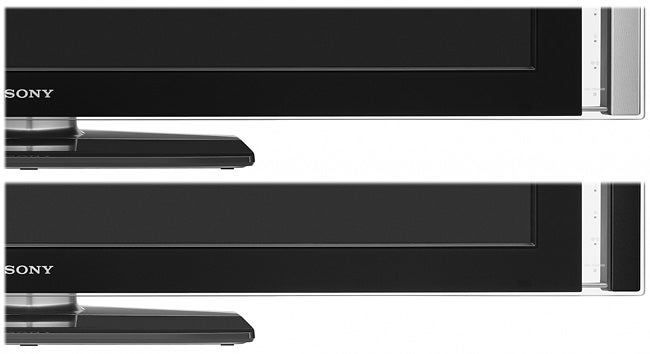 Perhaps inevitably the 46X4500’s pictures aren’t quite as eye-poppingly impactful as those of its much larger 55X4500 sibling. But they’re still outstanding – and arguably even slightly easier to hang out with when it comes to standard definition. Regarding this latter point, the smaller screen simply means that you’re not quite so aware of any failings in a digital standard definition source that haven’t been ‘processed away’ by the 46X4500’s video systems.


Not being so aware of residual noise leaves you freer to appreciate the decent sharpness with which the 46X4500 presents standard def sources, and the rather good job its processing generally does of suppressing standard def noise.

Of course, though, while standard definition still accounts for a depressingly large amount of our telly viewing, a TV like the 46X4500 is really all about high definition. And with this, as with the 55X4500, it’s easily one of the very finest TVs I’ve ever had the pleasure of reviewing.


Its most compelling picture strength is the extreme depth of its black level response. There’s none of the greyness that affects all normal LCD TVs to some extent, and the deep blackness on offer is also completely stable, since there’s no need for the sort of dynamic backlight adjustments required by serious single-backlight LCD screens.


Even better, the apparent ease with which the 46X4500’s LED technology produces its deep blacks means that there’s plenty of subtle shadow detailing visible amid the blackness, ensuring that dark scenes look just as three-dimensional and solid as bright ones.


This being a Sony TV, I also can’t resist pointing out that the 46X4500’s LED system also avoids the irritating backlight inconsistencies of Sony’s normal LCD TVs.

The 46X4500’s black levels provide HD films with a perfect cinematic springboard, but are by no means the set’s only strength. Also getting your attention with HD fare is the picture’s extreme sharpness, as the set’s Full HD resolution enables it to effortlessly pick out such picture niceties as dust on the bonnet of the Range Rover that Bond deliberately crashes in a car park in ”Casino Royale”. This sharpness isn’t forced at all, either, meaning that there’s no sign of classic problems like harsh edging and excessive grittiness.


Colours are mostly excellent on the 46X4500 too, at least using the Cinema preset, with remarkably astute skin tones enhanced by stripe-free, seemingly immaculate blends, impressively believable primary colours, and that key combination of subtlety and vibrancy that frequently eludes lesser LCD TVs. 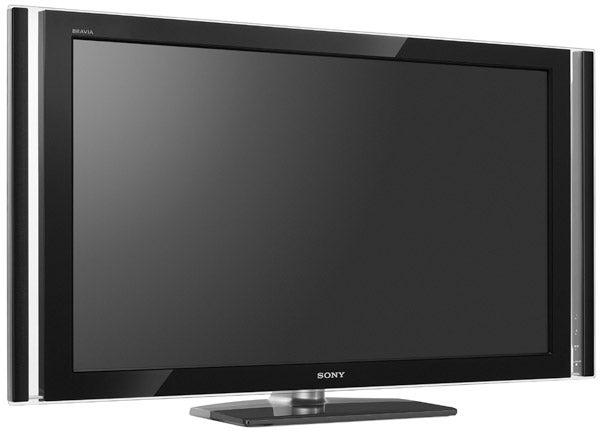 Motion also looks very good indeed on the 46X4500, provided you leave the MotionFlow system set to its Clear mode, with remarkably little evidence of either resolution loss or judder.


If I had to pick fault with the 46X4500’s pictures I might point to a very subtle green undertone to one or two extremely dark scenes, even after colour calibration. Plus some of the picture presets are really pretty dire – almost deliberately designed to make colours look strange and emphasise noise. Weird. Really, the only preset I particularly enjoyed using was the Cinema mode.


I also urge caution with a) the 46X4500’s noise reduction routines, since they can make the picture look a little soft; and b) the MotionFlow system, since setting this to Standard or especially Smooth rather than Clear can result in a few distracting processing glitches. 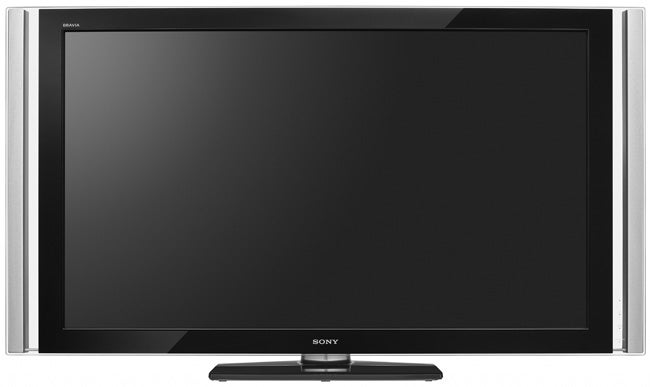 Finally, with pictures calibrated to look their sensational best, I guess the results might be just a touch low on brightness to satisfy viewers with really bright rooms. But then for me this TV is all about recreating the magic of going to the cinema, and no cinema screen I know of is made to be watched in bright light…


Given how magically cinematic the 46X4500’s pictures can look, the set’s audio is perhaps a touch disappointing – though only to the extent that it sounds merely like a decent telly audio performance rather than something approaching a home cinema system. But then I guess I’m probably letting my unreasonable expectations get in the way of fairness yet again!


The 46X4500 confirms in no uncertain terms that the jaw-dropping pictorial glories of the 55X4500 were no fluke. Sony really has hit the ground not just running but sprinting with its debut LED sets, delivering HD pictures so good that they actually make their premium prices look like bargains.