While we wait impatiently for all the main brands’ upcoming 2010 TV ranges to hit our high streets, there’s quite a bit of fun to be had trawling through TV-selling websites looking for bargain prices on current models. Well, maybe ‘fun’ is overstating things a bit, but I think you get where I’m coming from.


One such ‘bargain’ that’s recently been brought to my attention by a few interested readers is Sony’s KDL-40S5500 – a 40in TV complete with Bravia Engine processing going for a mere £590 or so in some places. Admittedly the ‘S’ part of its name immediately reveals the TV to belong to Sony’s entry-level range. But surely there’s a chance that even an entry-level Sony will have more than enough quality to pummel rivals at such a low price point? 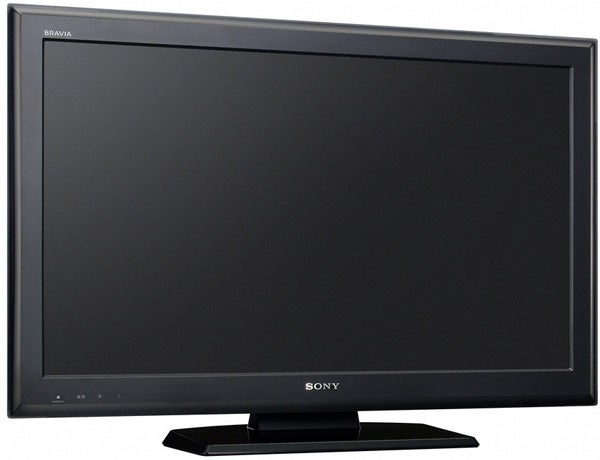 Trying to find clues as to whether this will be the case from the 40S5500’s exterior proves inconclusive. At first glance the set looks quite dramatic and stylish with its highly angular, split-level bezel and shiny gloss black finish, but the longer I looked at it the more the design started to look a bit messy to me. Almost distractingly so, in fact – especially given the way the angles within the bezel have a nasty habit of bouncing your room’s light sources back towards you when you’re actually watching the TV.


This set feels a little off the pace with its connections, too, chiefly on account of it only having three HDMIs when we’re starting to expect our TVs to have four these days. There’s no sign of the Ethernet port found on the brand’s step-up V5500 models either, meaning there’s no means of streaming files from a DLNA PC (though there is a D-SUB port for straight PC connection) and no means of accessing Sony’s currently rather lame Applicast service.


But then let’s remind ourselves again that this is an exceptionally affordable TV by Sony standards. Plus it manages to retain one handy multimedia port in the shape of an MP3/JPEG-capable USB socket, so all it is not lost.

Delving deeper into what makes the 40S5500 tick, though, there are further price-based compromises to swallow. For instance, although the screen does manage a Full HD resolution, its claimed contrast ratio is just 33,000:1 – a relatively meagre figure in these days where contrast ratios of hundreds of thousands or even millions to one are becoming commonplace.


Such figures always have to be taken with a hefty pinch of salt, of course. But it’s hard not to feel concerned when this is the highest figure Sony itself can muster for the set, no matter how optimistic its measuring techniques might be.


Then there’s the Bravia Engine processing. While every Sony 5500/5800 model from the V5500 up carries the latest and comfortably greatest Bravia Engine 3 system, the 40S5500 only has Bravia Engine 2. It will thus miss out on the advances BE3 had brought to the table, such as much-refined noise reduction processing. There’s also no 100Hz processing, raising concerns over potential motion blur. To be fair, though, it would be very unusual indeed for an entry-level TV to have 100Hz built in. 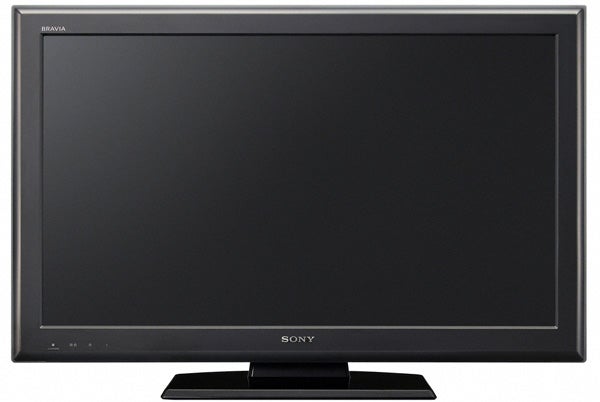 Does the 40S5500 have any interesting features up its sleeve? Well, it carries Sony’s nice 24p True Cinema processing for enhanced 24p Blu-ray playback, so that’s something. Otherwise, though, there’s nothing to stop me from getting stuck into the main testing phase.


During which it takes around 50 seconds for me to get seriously, seriously aggravated. For as soon as I get to one of the night-time car-nicking sequences in Gone In 60 Seconds (showing in HD on Sky), I can’t help but notice how the darkest shots are plagued by patches of inconsistent backlight.


This problem has been reported with various Sony TVs in the brand’s current generation, but actually, the 40S5500 suffers from it arguably worse than any other Bravia to date.


It seemed to me that there are no less than five distinct areas where dark scenes look slightly brighter/greyer than their surrounding bits, throwing up an immediate wall of distraction between you and any dark scene you’re watching.


I tried following Sony’s advice regarding these light patches and cranked the backlight well down – to two, as suggested by Sony’s own built-in Cinema preset. But if anything this merely made the bright ‘pools’ more obvious! Turning the brightness way down as well as the backlight did improve things a bit, but then, of course, the image was starting to look a little duller than most people would be happy with.


What’s worse is that the 40S5500’s black level response isn’t actually all that great anyway. There’s a definite pall of grey hanging over even the parts of the picture that aren’t affected by the pools of light. And to wrap up a distinctly underwhelming contrast performance, the 40S5500 also loses contrast if watched from an angle (like most LCD TVs), and suffers with a rather over-aggressive dynamic contrast engine that can make the picture’s overall brightness level jump around a bit too obviously at times.

Unfortunately, the 40S5500’s backlight/contrast issues weren’t its only flaws, motion blur was also very evident – thanks no doubt to a combination of the old BE2 processor and no 100Hz. It could even be that the 40S5500 uses an older panel design than Sony’s higher-grade models, too.


Thankfully the 40S5500 isn’t wholly immune to the Sony picture qualities that have won us over with at least some of its latest Bravia range. HD pictures look clean and crisp, not to mention very bright and punchy provided there’s not too much blackness to cope with (and that you haven’t pushed the backlight and brightness levels down too far in a bid to get rid of the backlight inconsistencies!). 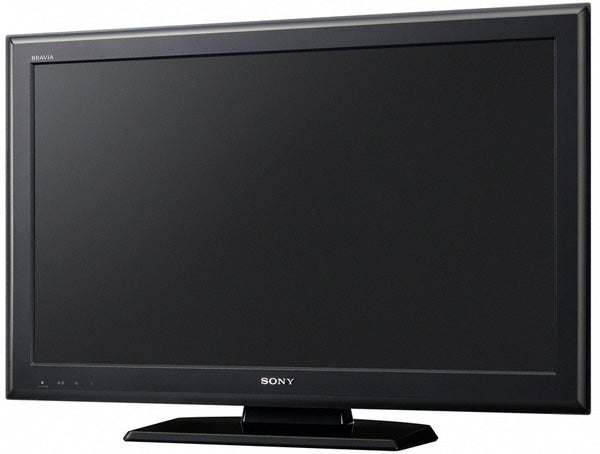 Standard definition pictures are rescaled reasonably well to the Full HD resolution too, leaving a slightly soft overall tone but not exaggerating source noise in the same way some rival Full HD TVs do.


Considering what a battering I’ve given the TV for much of this picture testing section, you might be surprised to hear me say that there are times when the 40S5500’s pictures actually look pretty superb for its money. But if you think about it, there are actually plenty of times when you find yourself in the course of normal TV viewing watching bright, colourful, relatively static images – just the sort of content, in other words, behind which the backlight and motion blurring problems can hide.


However, I’m pretty sure that anyone reading this website will want to get a bit more picture consistency for their £570 than the 40S5500 is capable of offering.


The 40S5500 completes a disappointingly average day at the office by carrying a fairly bland audio system to accompany its patchy pictures. The speakers just aren’t powerful enough to cope with the biggest explosions and raucous car chases of Gone in 60 Seconds, leaving such scenes sounding muddy and flat. The speakers even distort if pushed really hard.


Despite the harsh tone of much of this review, if considered purely in the context of other £500-£550 40-42in TVs, the 40S5500 isn’t an unmitigated disaster. It’s just hugely average. Its backlight issues are a massive problem for any discerning film viewer, while the likes of the far superior step-up from this model, the KDL-40V5500, has been seen for just £20 more than this set and the Samsung LE40B550, another very capable performer, for as little as £520. Thus the 40S5500 isn’t the bargain it first appears.