To say that Sony’s TVs have had a chequered track record with us recently would be an understatement. They’ve confused us no end with a dizzying combination of extremely good bits, extremely bad bits, and both competitive and over-expensive prices.


So in true Forrest Gump fashion, as I started unpacking Sony’s KDL-37V4000, I had absolutely no idea what I was going to get. But clearly I’m really hoping it’s going to be Dr Jekyll Sony rather than Mr Hyde Sony.


One thing that’s abundantly clear right away is that the 37V4000 is remarkably cheap for a Sony TV. In fact, its £500 price tag is pretty damn cheap by any manufacturer’s standards. Indeed, the 37V4000 seems so cheap that Sony appears not to even want to admit to selling it. There’s certainly no mention of the V range on Sony’s UK website right now.


The 37V4000 doesn’t look like something Sony needs to be ashamed off, though. For although inevitably not quite as glamorous or well-built as the Sony W4500 or Z4500 models we’ve looked at recently, the glossy ‘piano black’ finish of its bezel and the attractive way it contrasts with the grey speaker bar along the TV’s bottom edge make it an aesthetic cut above most similarly priced 37in TVs. 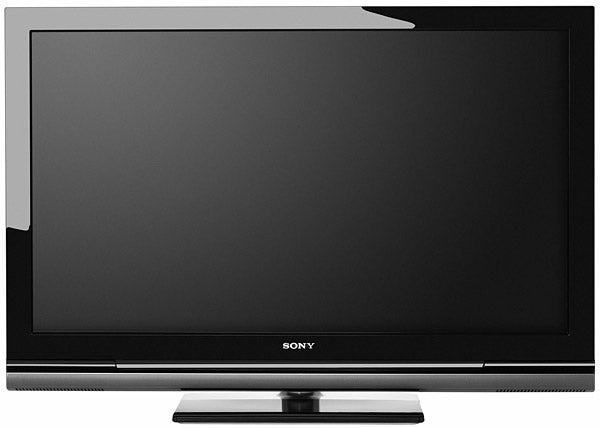 Connectivity is perfectly satisfactory for such a cheap telly too. Which is to say you get three HDMIs and a dedicated PC port alongside all the usual suspects bar a dedicated four-pin S-Video input and digital audio output. There’s none of the extreme multimedia connectivity found on Sony’s high end TVs, but that’s exactly the sort of stuff we’d expect to see trimmed away by any manufacturer seeking to make a TV to a tight budget.


Of potentially more concern is the amount of image processing Sony has had to strip away in its pursuit of an aggressive price point. For the 37V4000 only uses Sony’s Bravia Engine processing, not the new, improved Bravia Engine 2 system found on the W4500 and Z4500 models. Even more worryingly, it doesn’t even manage to provide 100Hz processing, never mind the 200Hz sported so proudly by the Z4500 models. Given the problems experienced with motion blur on one or two previous Sony LCDs, this lack of advanced motion processing on the 37V4000 has to be a serious concern.


With relatively little video processing, it’s not exactly surprising to find that the 37V4000’s onscreen menus are much less extensive than those of its costlier siblings. Also, with less features to handle, the 37V4000 exhibits no sign of Sony’s likeable Xcross Media Bar twin-axis GUI. But the 37V4000’s more straightforward GUI still shouldn’t trouble even the most technophobic of users, and the remote control is perfectly neat and tidy, if not exactly inspired in its layout.


Quickly covering the key features tucked away within these onscreen menus, there’s a noise reduction system; the option to deactivate the 37V4000’s dynamic contrast arrangement; a backlight adjustment; and the facility to set up Sony’s Bravia Theatre Sync system – a fancy name for the quite common ability to control compatible devices connected via HDMI using just the TV remote.

Casting an eye down the 37V4000’s remaining specifications reveals some good news and some bad news. The good news is a claimed contrast ratio of 22,000:1 that looks pretty high for such an affordable TV. The bad news is a non-Full HD native resolution of 1,366 x 768, and an apparent lack of support for the ‘pure’ 1080p/24 feeds now delivered by pretty much any Blu-ray player you care to mention.


A quick double check of this with my resident Blu-ray player – itself a Sony model – proves that the 37V4000 will indeed not handle 1080p/24 material. Instead, when the Blu-ray player’s output is set to ‘automatic’, the handshake between the TV and the Blu-ray player results in a 1080i/60 playback mode being selected. 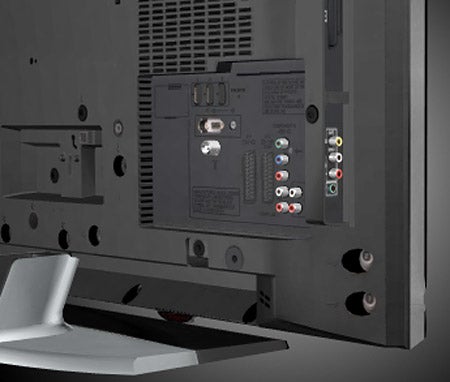 The combination of the mere HD Ready resolution and lack of 1080p/24 support will doubtless alarm many AV enthusiasts. But even though I count myself as just such an enthusiast, I’d say that neither issue need be the end of the world provided the TV’s ‘engine’ does a good enough job of both handling motion and downscaling the UK’s predominantly 1,920 x 1,080 HD sources to the 1,366 x 768 pixel count.


So let’s start our tests by looking specifically at these two issues. When it comes to the downscaling, the news is very good. For the 37V4000 manages to ‘resize’ Full HD Blu-rays and broadcasts remarkably well for such an affordable set, delivering bags of fine detail and sharpness, without seemingly any of the common colour noise or general image softness side effects associated with the downscaling process. 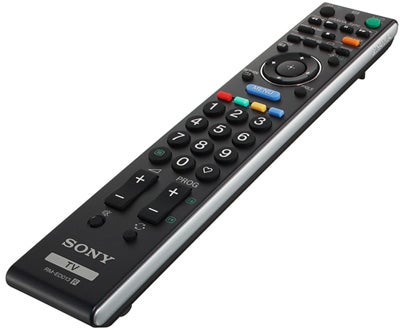 Obviously a really good Full HD set can deliver HD images with even more delicious detailing and a little more subtlety when it comes to fine colour gradations than the 37V4000. But that doesn’t alter the fact that, to put it as inelegantly as possible, the 37V4000’s HD pictures not only look HD, but impressively HD. Indeed, I’ve seen many full HD TVs reproduce HD material less effectively than this Sony.


Actually, the surprising sharpness of the 37V4000’s HD images offers up a clue to its motion handling performance, too. For I’m mightily relieved to say that there’s far less trouble with LCD’s traditional blurring and smearing issues than I’d expected. In fact, I was scarcely troubled by blurring at all during HD viewing, and seldom felt truly distracted by it with standard def either – even after watching all sorts of tough-to-handle footie and cricket coverage.


As is quite often the case where a relatively low-spec TV avoids motion blur, there does seem a price to pay in the form of some gentle judder, especially with movie sources. But the key word here is ‘gentle’; even the most action-packed of Blu-rays still plays through onto the screen with in emphatically watchable fashion. In fact, I would even anticipate that some people will find the Sony’s marginal judder to look more natural than the ‘liquid smoothness’ delivered by some high-spec rival TVs.


It’s true to say that more expensive Sony sets deliver a slightly more expansive colour range than the 37V4000. But compared more fairly with other £500 or so 37in LCD TVs, this Sony’s colours are nothing short of excellent. What’s more, this colour refinement even extends into dark scenes, as a very impressive black level response enables the screen to portray dark hues with an authority that’s rare indeed at the entry-level end of the market.


Again I should stress that the 37V4000’s black levels aren’t as deep or greyness-free as those of Sony’s premium Z4500 models; there’s certainly a little less shadow detail on show, for instance. But the difference is far less pronounced than you’d expect given the vast gulf between the prices of the V4000 and Z4500 ranges. 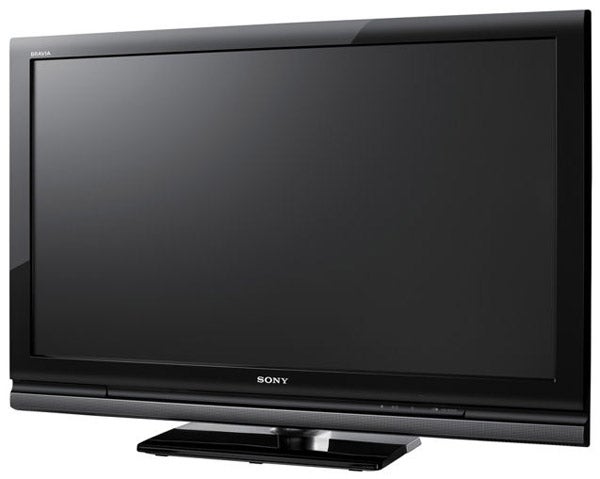 It’s well worth stating, too, that thankfully our 37V4000 review sample didn’t suffer at all with the nasty backlight pooling problem witnessed on not one but two different members of Sony’s W4500 series.


The only real issue I have with the 37V4000’s pictures, given how little it costs, is a slight tendency to exaggerate MPEG block noise in poor-quality standard definition digital broadcasts. You can limit this via the TV’s noise reduction option, and by making sure the backlight is set no higher than six while the contrast is no higher than 80. But it’s certainly not something you can ever completely escape.


Enabling me to finish the review on a high note, though, is the 37V4000’s audio. This sounds nearly as powerful, dynamic, open, and clean as that produced by the Z4500 range, and has comfortably enough breathing room to expand to meet the challenge of a decent action movie. In other words, it beats the puny, bass-free, thin-as-paper soundstages produced by most budget TVs to a broken and bloodied pulp.


Sony has done its level best to impress us lately with groundbreaking features, fancy operating systems, arch designs and madcap marketing campaigns. Yet the first of Sony’s current TVs to unequivocally make our day turns out to be an entry-level model deemed so ‘cheap and cheerful’ that Sony seems almost embarrassed to be selling it. Now if that’s not the very definition of AV irony, I don’t know what is.