With the Japan earthquake disaster causing delays to Sonyâ€™s new range of TVs, sets like its 32in KDL-32EX403 are enjoying a longer shelf life than they might otherwise have expected. Which is starting to look like good news in one way, as the prices kicking around for the 32EX403 now look eye-catching to say the least. 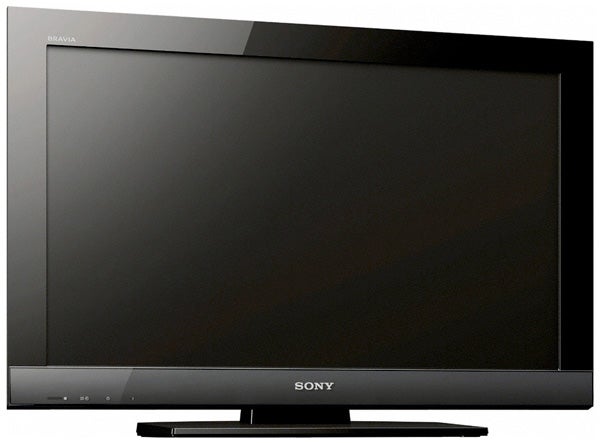 In fact, weâ€™ve found one selling online for just Â£354. Thatâ€™s the sort of price you might fairly find attached to 32in TVs from third-tier brands like Goodmans or Bush, not Sony. In other words, itâ€™s so cheap that if it lives up to its Sony branding, it has the potential to be one of the biggest TV bargains ever.


It starts nicely, thanks to a glossy finish and an attractive two-tone black and grey colour scheme. The glamour only works if youâ€™re looking straight at it, though; turn it to an angle or pop your head down its side, and youâ€™ll be quite startled by just how far it sticks out on its rear compared with the increasingly svelte LCD models that dominate the TV world now.


This fact reveals right away that the 32EX403 uses standard CCFL lighting rather than the more fashionable edge LED lighting – but this is no more than we would expect of such a cheap TV.

Any slight disappointment you might feel at the size of the 32EX403â€™s rear quickly dissipates when you see how many connections that rear carries. In fact, itâ€™s here that the Â£354 price starts to look scarcely believable.


For starters, there are four HDMIs – the same amount you might expect on 32in TVs costing three times as much. Thereâ€™s also a USB port for playback of music, photo and a few video file formats. But even better is the discovery of a LAN port which permits you to either access stuff stored on a networked DLNA PC or receive Sonyâ€™s Bravia Internet Video platform.


Actually, the DLNA compatibility proves to be a touch disappointing, with no AVI or MKV support. But really any sort of multimedia capability should be considered a bonus for Â£254. Also, the Bravia Internet Video platform still holds up surprisingly well considering weâ€™ve recently seen swanky new 2011 online TV services launched by Panasonic and Samsung.

The key to BIVâ€™s success is simply that it focuses so much on stuff you actually want to watch on a TV as opposed to a PC. So there are all sorts of weird and wonderful video sources to explore including YouTube, Sky News, the BBC iPlayer, the Demand 5 Channel 5 catch up service, and LoveFilm. Plus, of course, thereâ€™s Sonyâ€™s own Qriocity movies-on-demand platform, and the â€˜powered by Qriocityâ€™ Music Unlimited audio subscription service. 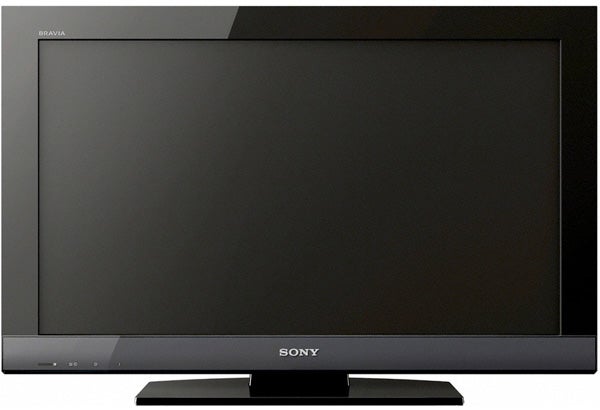 Admittedly the interface for accessing all the BIV content is starting to creak under the strain, but this doesnâ€™t stop BIV from being a ridiculously good thing to find on a Â£354 TV.


Having just mentioned an interface issue, we might as well add here that we also found the remote control a little unresponsive, and oddly limited in effective range. This might cause some irritation if youâ€™ve got a particularly large room you want to use the 32EX403 in.


Getting back to the good stuff, we were very pleased considering the 32EX403â€™s affordability to find it carrying a Freeview HD tuner, and a healthy set of picture adjustment options that includes a black corrector, a small amount of gamma correction, and a degree of fine tuning for the setâ€™s â€˜advanced contrast enhancerâ€™. 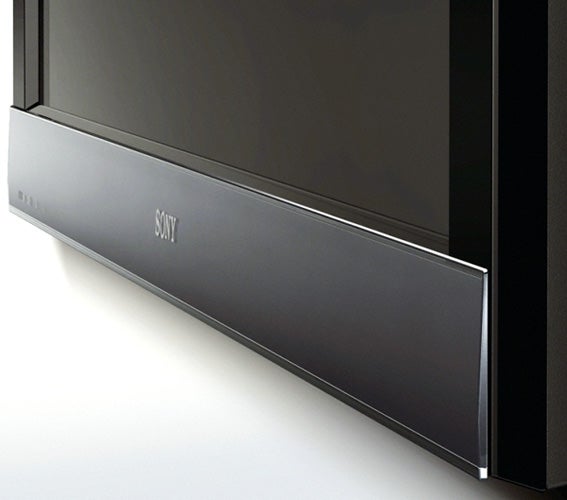 
For if whatever youâ€™re watching has any significant amount of motion, especially if it involves a camera pan, then there is clear evidence of resolution loss as the objects or the whole image slides across the screen. Itâ€™s hard to be too judgmental about this given the TVâ€™s price, though. And actually the set performs better than expected when it comes to keeping a lid on judder. The blur is not necessarily a problem that bothers you much when watching â€˜normalâ€™ TV programming either.


But it certainly affects films and action packed dramas, so it would be remiss of us not to highlight it as the sort of picture compromise you have to take on board when spending as little as Â£350 on a 32in TV.

When the resolution loss connection with motion isnâ€™t in play, the 32EX403â€™s pictures actually look surprisingly sharp for its money. HD footage enjoys good detailing and clarity, and thanks to the set carrying Bravia Engine 3 processing – another impressive discovery on such a cheap TV – standard definition sources are upscaled to the screenâ€™s full HD resolution surprisingly effectively. Which is to say they look sharper than they would in their normal resolution while simultaneously having any noise they might contain carefully and astutely suppressed.


Another strength of the 32EX403â€™s pictures is their colour. Images look surprisingly rich, vibrant and dynamic, and even better, they enjoy generally highly credible tones. This is a far cry from the usually over-egged colour palettes routinely found on budget TVs, which often look like theyâ€™ve been optimised more for PC than video use. 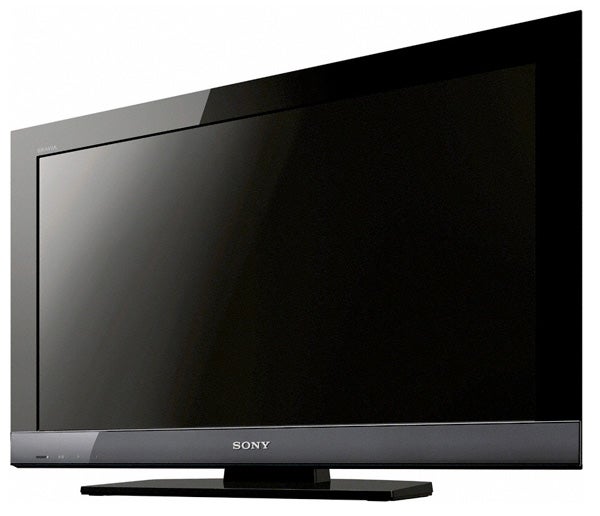 The combination of rich colours and a decently high brightness output initially creates a sense of some good black levels from the 32EX403. Push the screen harder with some predominantly dark footage from your typical Hollywood movie, however, and the black level situation becomes a little less satisfying. Mid dark areas occasionally take on a curious silvery tone, and very dark parts of the image look a touch short of shadow detail.


We werenâ€™t troubled by any patches of backlight inconsistency, though, at least with contrast and backlight levels set sensibly. In fact, while spending more could get you superior black levels, we canâ€™t actually think of any other similarly priced 32in TV that even gets close to the black levels the 32EX403 can achieve.


Maybe the 32EX403â€™s sound quality falls squarely into budget disaster territory? Actually no. Perhaps benefiting from the large chassis, its speakers prove quite sensitive to subtle details in even quite dense audio mixes, and thereâ€™s enough breathing room in the power handling to allow the set to produce at least a sense of the changing scales of soundstage used throughout a typical Hollywood film. Though inevitably thereâ€™s a limit to the volume and sound density the set can handle before starting to sound cluttered and muddy.


At its original price level of Â£550-Â£600, the 32EX403 might have appeared a likeable if unremarkable all-rounder chiefly notable for its Bravia Internet Video capabilities.


Now that you can get it for just Â£354, though, itâ€™s frankly a bargain of almost unbelievable proportions, giving you a TV capable of doing main living room duties for a price that would normally be attached to some bit of TV tat only good for casual second- or third-room use.