It feels like we’ve been waiting for Sony’s ‘proper’ new Bravia LCD TVs for an eternity now. We’ve tried to fill the time by checking out various upgrades to Sony’s previous Bravia range, but all the time we’ve been secretly holding a flame for the real second generation deal. So it’s a darn shame that now the first of the true ‘Bravia Mk IIs is finally with us, in the shape of the 32in KDL-32D3000, we’ve come away from it feeling just a teeny bit let down…


The reasons for our slight disgruntlement aren’t immediately obvious, however. For the set is quite attractive in its uncompromisingly robust, no-nonsense black finish. It looks and feels like it means business and that’s exactly the sort of impression we like our AV kit to exude. 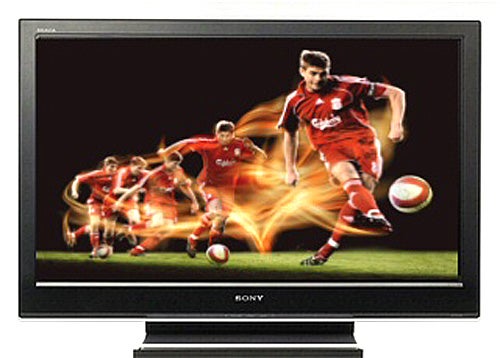 It scores a major hit with its connections, too, by including a heartening three HDMIs – just the job in these days of Sky HD boxes, HD disc players and digital games consoles. These HDMIs are joined by, among other things, a D-Sub PC port, SCARTs, a component video feed, and a digital audio output for passing surround sound tracks, received via the HDMIs, onto an AV receiver.


The HDMIs are also equipped with something called Bravia Theater Sync, which is basically a fancy name for the AV world’s CEC functionality, whereby the 32D3000’s remote can control any connected CEC-enabled source gear. 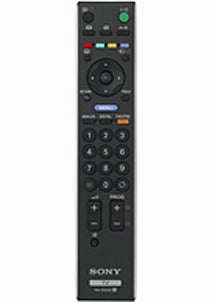 A rather more interesting trick of the HDMIs is their ability to take in 1080p/24fps feeds output from one or two HD disc players, such as Pioneer’s BDP-LX70 Blu-ray deck and Sony’s own new BDP-S1E. Most films are mastered onto HD discs using the 1080p/24fps format, so the thinking behind a TV also being able to receive this format is the increased possibility for a cleaner final picture, as there’s less need for fancy scanning-rate processing. To further this end, the 32D3000 features a proprietary ‘24p True Cinema’ system that doesn’t require the TV to process the picture up to the usual 25fps (for PAL).


We’re not done with the HDMIs talents yet, either. For we’re mighty pleased to report that they’re HDMI 1.3 compliant, enabling such extra tricks as auto lip synching and compatibility with the ‘Deep Colour’ enhanced colour palette system (should any HD discs start to be mastered with Deep Colour onboard).

Another key new feature of the 32D3000 is something Sony likes to call Motionflow +100Hz. As its name suggests, this is effectively a sophisticated example of the 100Hz idea whereby doubling the image’s scanning rate from the usual 50Hz enables it to show moving objects with far greater resolution, smoothness and clarity than LCD technology is usually capable of.


One final really big potential picture booster is the screen’s step up to 10-bit processing, which should radically increase the number of colour shades the set can deliver. 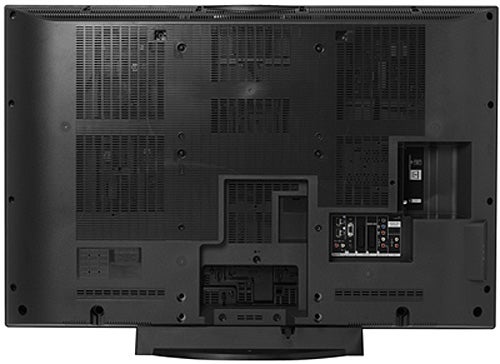 All these new bits and bobs come on top of the picture processing Bravia Engine seen on Sony’s previous Bravia TVs, with its focus on improving colour response, black levels, detailing and, above all, video noise suppression.


What’s abundantly clear from all the high tech cleverness Sony has thrown at the 32D3000 is that the brand really has made its true second-gen Bravias a very substantial step forward from their predecessors. But are all the various processing refinements ‘up there on screen’ in the TV’s final picture quality?


Frustratingly, our answer can only be ‘kind of’. For while the 32D3000’s picture quality is indeed very good for a 32in LCD TV, and at times outstanding, it doesn’t stand out from the 32in pack quite as clearly as we might have hoped. 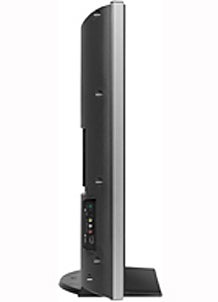 Perhaps the biggest single improvement the 32D3000 makes over its forerunners concerns its black level response. The darkness of the Berlin factory assault sequence in Mission: Impossible III on HD DVD looks far inkier and less greyed over than on many 32in LCD rivals, giving the scene much more immediacy and scale than we typically see. The TV’s black level depth also seems impressively natural, in that rather than just looking like empty black holes torn from the picture, the darkest corners still contain signs of the subtle shadow detailing that makes them appear properly integrated with the picture as a whole.


The Motion Flow +100Hz system, meanwhile, is one of the better such efforts around. The rapid camera movements and fast-moving space ships at the start of Star Wars Episode III are shown with impressive smoothness and with noticeably less resolution loss than seen with previous Bravias. Feeding the set a 1080p/24fps source like Casino Royale on Blu-ray shows the judder-reducing benefits of Sony’s 24p True Cinema system, too. Impressive stuff.

Also markedly improved over previous Bravias are the 32D3000’s colours. They’re marginally richer and cleaner, and tend to look more natural thanks to a wider palette – even during tricky dark scenes like those in the Precog’s sleep chamber in Minority Report. Furthermore, colour blends seemed to be fractionally finer.


The last big performance ‘tick’ registered by the 32D3000 concerns its HD detailing, as it produces as crisp and textured an image as we’ve seen on a 32in TV. Or at least that’s the case when things aren’t moving around too much…


For while the Motionflow +100Hz system markedly improves upon the quite blurry motion seen on the first Bravia range, objects still noticeably lose resolution if they start travelling at a real rate of knots. What’s more, although the effect is nowhere near as defined as with the disappointing Sharp 100Hz TV we reviewed recently, we also spotted signs of shimmering noise around the edges of moving objects too, as if the Sony processing engine can’t always keep up with the action. 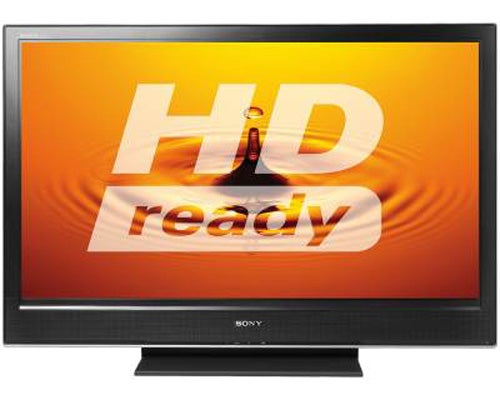 There’s another, slightly more controversial reason why we haven’t given the 32D3000 a higher overall mark than eight, too, namely that the TV isn’t big enough to get the most out of all the picture processing finery it contains.


In terms of features and specifications the 32D3000 is a huge step forward from previous Bravia LCDs – and there are definite picture performance benefits too. Yet we just can’t shake the feeling that with some of the features appearing somewhat wasted on a set as small as this, perhaps the 32D3000’s slightly premium price is more than you really need to pay for a good 32in TV.