Internet content comes courtesy of the Sony Entertainment Network (SEN), which at one time offered the best selection in the business – until Samsung came along with its full complement of free-to-air catch-up TV services.

There’s also a built-in web browser to peruse any site you like (within reason), but it’s a chore to operate with the remote because you have to skip from link to link.

The deck’s DLNA certification means you can stream music, video and photos from servers on your home network. You can even use your smartphone or tablet to orchestrate playback of server files on the Sony.

The deck can stream a decent range of formats – we were able to access XviD, WMV, AVCHD, MP3, AAC, WMA, WAV, JPEG, GIF and PNG. These files can also be played from flash drives and external HDDs (NTFS and FAT32) connected to either USB port. DivX and FLAC aren’t supported at all, while MKV can only be played from USB.

Download Sony’s TV Side View app and you can use onto an Android or iOS smartphone to control the player and view real-time details about the movies and shows you’re watching. You can view tweets and look up related YouTube videos too. The slick, fun design makes it a joy to use.

Sony has kept faith with the Xross Media Bar home menu on this year’s players. In itself that isn’t a bad thing – the system of two intersecting axes works as smoothly as ever and makes everything easy to find. Each section (Setup, Photo, Music, Video, Network and SEN) is denoted by a cute icons and legible text. 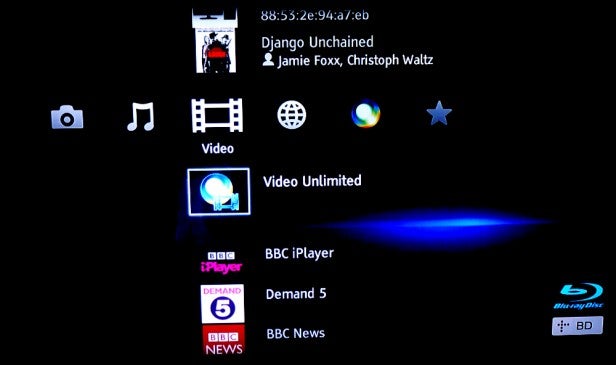 The only downside is that Sony’s extensive range of video services makes the vertical axis very long, and it can take ages to scroll down – poor old Tagesschau and DW at the bottom probably won’t get a look in. 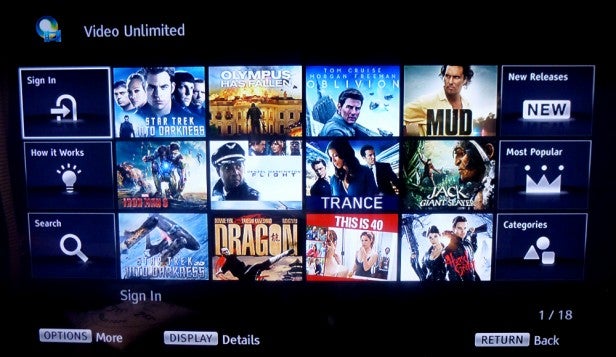 There are, however, separate SEN screens that lay out Sony’s video and music content in more engaging manner. The Video Unlimited service brings you the latest blockbuster movies (you’ll need to link an account first), and titles are presented in a grid of thumbnails. Music Unlimited looks similar, using full colour cover art. 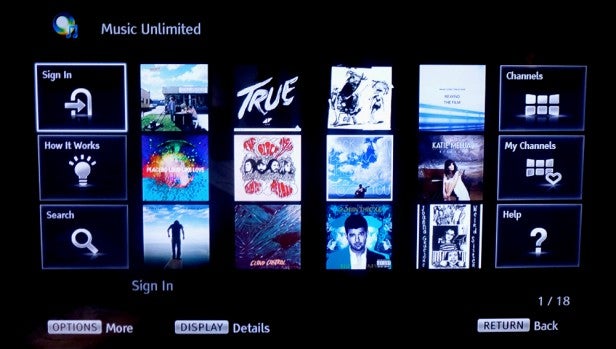 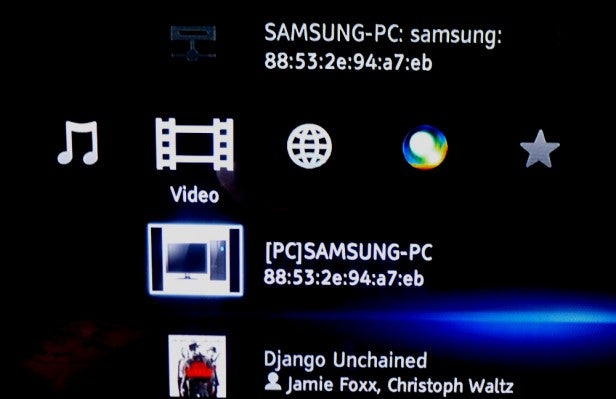 And when browsing content on DLNA media servers, we’re really impressed by the slick, easy navigation. Find your server in the home menu’s music, video or photo sections, then glide through the various steps until you reach the file you want – all our folders were listed immediately, with no annoying pauses while it loaded up the next screen. When playing a music file, the full screen display shows all available metadata and cover art.

Press the Options button on the remote while playing a Blu-ray disc and a menu slides in from the right of the screen offering quick access to a range of disc functions. It’s also home to the Video Settings menu, where you can choose from three presets – Standard, Brighter Room and Theatre Room – and activate noise reduction modes.

We really can’t fault the remote – its compact size fits snugly in the hand and its buttons are all in the right places. The bright blue Home and SEN buttons really stand out, while the centrally placed direction pad makes menu operation seem intuitive. The deck is super responsive to commands too.