The design of the Alpha 77 wasn’t broken, so the
Alpha 77 II doesn’t try to fix it. If you’ve seen an Alpha 77 before
you’ve pretty much seen an Alpha 77 II, with the only major aesthetic
differences being the restyling of the Alpha branding to silver
(previously red) and the removal of the front AF assist beam (AF assist
is now controlled by the flash).

The Alpha 77 II eschews a D-pad
in favour of a joystick to navigate menus, and has a scroll wheel on
both the front and the back. Like the A77 previously, the design of the
A77 II is button-heavy, with an abundance of individual buttons that
control specific settings, as well as a few that are customisable. 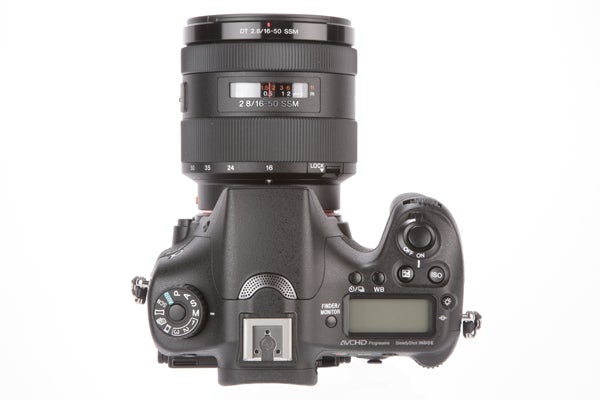 Solid
magnesium alloy construction gives the A77 II a good deal of heft in
the hand. At 647g it’s not what you’d call light, but nor is it
especially heavy, which is pleasing.

It’s not a small camera
either; with dimensions of 142.6mm x 104.2mm x 80.9mm it’s comparable in
size to a Nikon D800. The body of the A77 II has been extensively
weather sealed and is resistant to moisture and dust, making it a good
choice for outdoorsy shooters.

Cribbed from the Sony Alpha 9000
is a Quick Navi Pro menu set-up, a customisable menu setting that allows
the user to assign preferred functions to be quickly accessible. You
have to invest a bit of time in it to get the most out of it, but once
you do it’s a useful little tool.

We’ve already gushed a fair bit about the Sony Alpha 77 II’s autofocus, but we’ve got the room for it so we might as well do so again. Sony claims to have spent a period of six months designing, building and refining the AF system, for the Alpha 77 II and their efforts have paid of.

The combination of the new algorithm and the new phase-detection AF sensor module allows the AF to track moving subjects with sophistication and ease, while the 79 AF points cover a good spread of the frame.

The continuous phase detection AF also extends to video, which can be shoot in Full HD 60p or 24p. 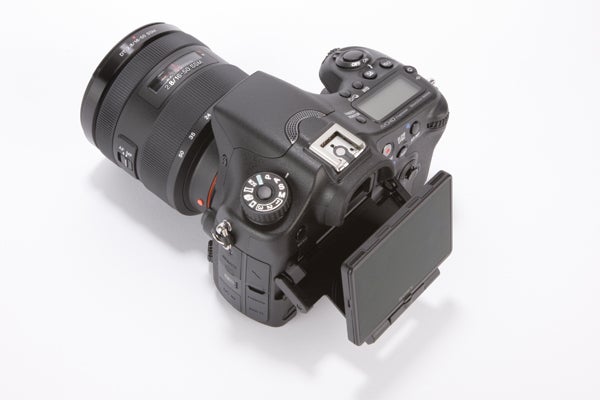 When tracking fast subjects with the AF the focus stays pleasingly accurate. Even when shooting at maximum burst speeds of 12fps, it still holds up accurately.

You can control how tight the tracking of the continuous focus is via the settings menu. The sensitivity is set on a scale of 1 to 5, where 1 will allow the AF to switch to a new object that appears in the frame and 5 will not.

Precise focusing can be made even easier thanks to the abilities of the OLED TruFinder EVF. With 2.3-million dots of resolution, 100% coverage of the frame and an exemplary refresh rate, this EVF is also capable of manual focus enlargements for absolute precision. 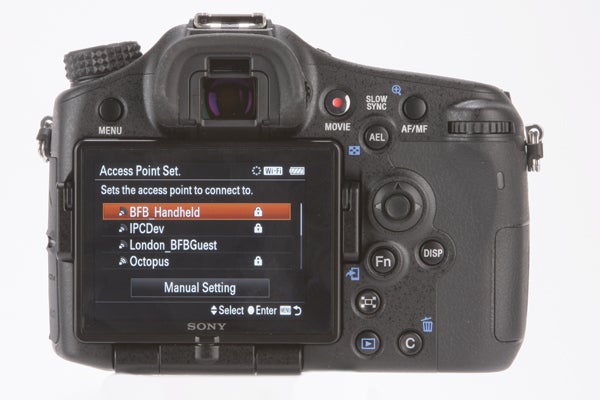 Although the 3-inch LCD and its 3-way tilting capacity may appear to have been ported over from the Alpha 77, the iteration on the Alpha 77 II actually boasts an upped resolution of 1.23-million dots and new WhiteMagic technology.

WhiteMagic is the addition of a white subpixel aslongside standard RGB pixels. This bolsters brightness level while reducing the power drain of the LCD.

This helps especially in bright sunlight. It doesn’t work any miracles – the screen still isn’t totally easy to see –¬ but it definitely helps.