It costs a lot of money to develop a new digital camera, especially a digital SLR, and so having invested in the design and development, there are a number of methods by which the manufacturers will ensure the maximum return on that investment. One such method is to launch a range of models that share several major components, but differ in one or two respects. This is what Sony has done with the three consumer models in its Alpha DSLR range. The A200, the A300 and the A350 all share basically the same body, as well as many of the same features. 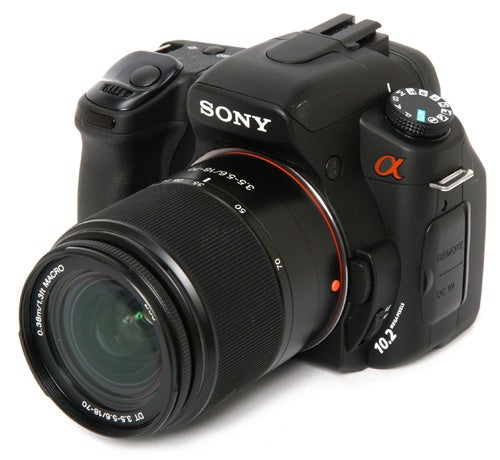 As the in-between model, the Alpha A300 shares some features with both the models to either side of it. It combines the fold-out 2.7-inch LCD monitor, live view mode and nine-point autofocus system with centre cross-type sensor of the A350 with the 10.2-megapixel APS-C sensor from the A200, the same sensor as previously used in the A100, Sony’s first digital SLR. 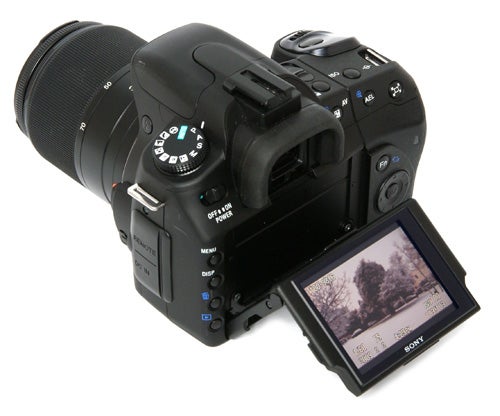 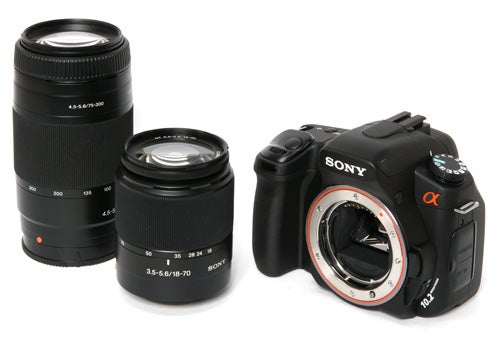 In terms of direct competition, the closest matches for the 10.2-megapixel A300 are the Nikon D60 (£379 for 18-55mm kit), or the newer Pentax K-m (£328 for 18-55mm kit), although the Olympus E-420 (£305 for 14-42mm kit) is also worthy of consideration. This does make the A300 look a bit expensive, but it has a number of features which all three competitors lack, specifically live view mode and the tilting monitor. The Pentax has sensor shift image stabilisation too, but only has a five-point autofocus system.

In terms of build quality and design, the A300 is, not too surprisingly, pretty much identical to the A200 and A350. The body is made of plastic, and while it is well made with good fit and finish, it has to be said that in places it feels like it could be a bit stronger. It’s not going to fall to bits in your hand, but I wouldn’t want to drop it. Then again, there aren’t many DSLRs that I would want to drop. The A300 is larger and heavier than average for an entry-level DSLR, but it is by no means bulky. It measures 130.8 x 98.5 x 74.7mm and 582g body only, not including battery or card. For comparison the Nikon D60 weighs 495g and the Pentax K-m weighs 525g. 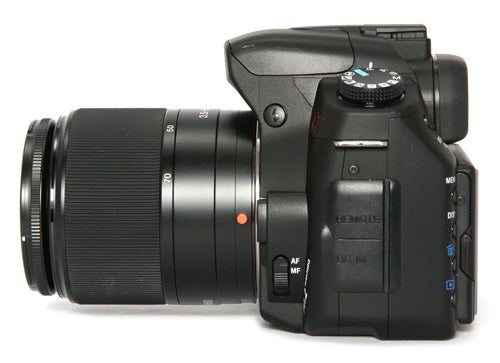 The body design is derived from the Minolta Dynax 5D by way of the Alpha A100, and is very pleasant to handle. The big rubberised handgrip is comfortable and secure. The controls are mostly sensibly positioned, although the row of four buttons on the left of the monitor are a little hard to access due to the raised edge of the monitor. 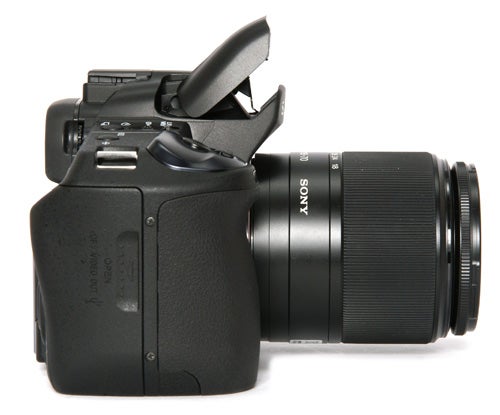 The A300 is aimed at much the same entry-level market as the A200. It has a relatively simple control interface, with a large main mode dial on the left of the top panel that carries the usual exposure modes (program auto, aperture and shutter priority, and manual) as well as full auto and six commonly-used scene modes. Most of the frequently-used options have their own buttons, including ISO setting, self-timer/drive mode, exposure compensation and exposure lock. Adjustments to exposure settings are made using a control wheel located just in front of the shutter button. A Function button on the back accesses a brief menu with six adjustable shooting parameters, including flash mode, metering mode, autofocus mode, autofocus area, white balance and the D-Range Optimiser (which boosts shadow detail in high-contrast shots). Other options are relegated to the main menu, including the Creative Style option, which provides a range of contrast, saturation and sharpness control.


Sony’s live view mode differs from that offered by most other manufacturers in that the full nine-point phase-detection AF system (with cross-type centre spot) is available while using the monitor. This is much faster and more accurate than the contrast-detection live view AF systems used by Canon and Olympus. The same wide-area, centre zone or selectable AF point modes are available in both live view and viewfinder modes. The autofocus system is the same as the A350, and is fast and accurate, with good low light performance. 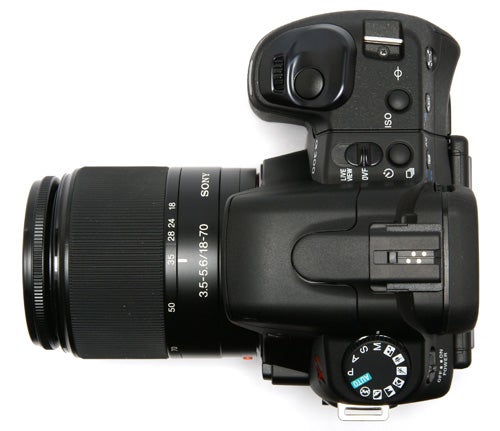 On the subject of the viewfinder, it’s hard to say definitively without having an A200 or A350 side-by-side for comparison, but it seems to me that the A300’s viewfinder is slightly smaller with lower magnification than either of its siblings, giving it a rather tunnel-like appearance.

In terms of performance, the A300 is about average for an entry-level camera. Like most DSLRs it starts up almost instantly, and shuts down again nearly as fast, although there is a slight delay for the sensor cleaning routine. Shooting performance varies depending on the image quality setting. In single shot mode and fine JPEG quality it can keep up pretty much as fast as you can press the button, and in continuous mode it can average approximately two shots a second, although the rate is uneven, with a faster burst of three frames at first. Adding Raw mode into the mix slows things down considerably. In single shot mode and Raw + Fine JPEG quality setting it can only manage a shot every 1.2 seconds, which is a bit slow by recent standards, while continuous shooting is limited to a three-shot burst. 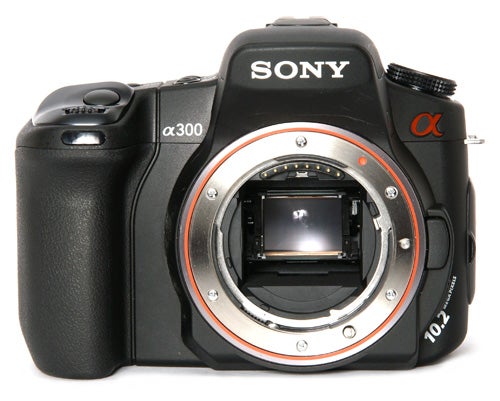 Image quality is pretty much identical to the A200, so no surprises there. The same 10.2-megapixel APS-C sensor has been used in the A100 and A200, as well as the Nikon D60 and D80, and it is a well-proven piece of kit. Overall image quality is very good, with excellent colour reproduction and plenty of fine detail. Image noise is reasonably well handled, with excellent quality as 100 and 200 ISO, a little noise at 400 and 800, and progressively worse quality ate 1600 and 3200 ISO. Dynamic range too is quite good, and the D-Range Optimiser feature does a good job of preserving shadow detail without compromising image quality with shadow noise. 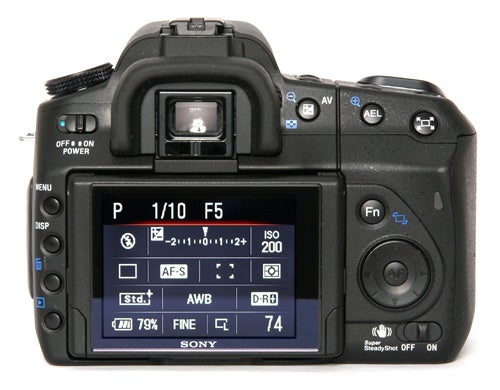 The only real problem I encountered with the A300 was some slightly questionable metering while shooting in the snow we’ve had this past week. With the camera set on auto it was inclined to under-expose, although this was not entirely unexpected under the circumstance and was easily corrected by using exposure compensation. 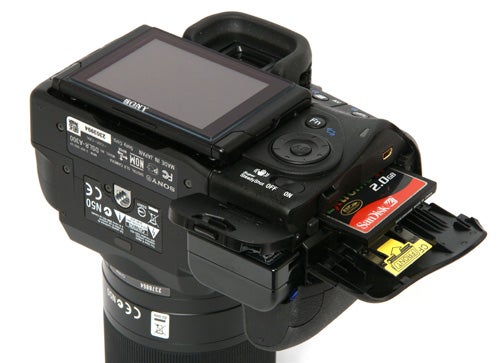 The Sony Alpha A300 represents good value for money, offering virtually the same features as the more expensive A350 with only a slight reduction in overall picture quality. It stands up well to the competition, offering a excellent handling, reasonable performance, a good range of features and decent image quality for a competitive price. If you’re looking for an entry-level DSLR for under £350, the Sony Alpha A300 should definitely be on your short list. 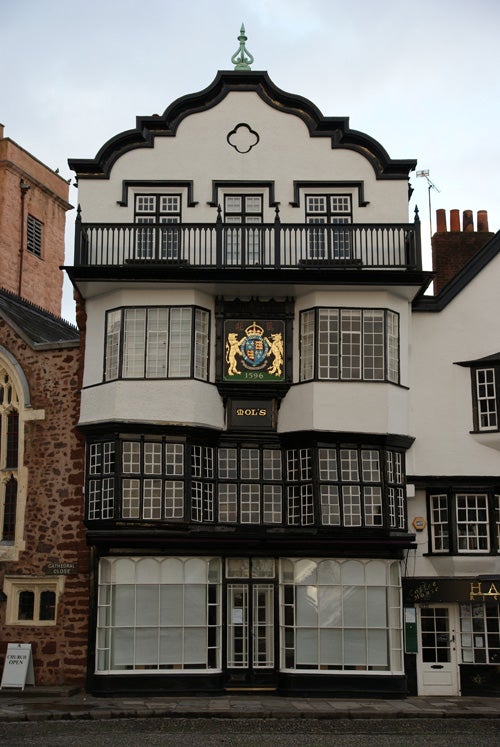 
At the lowest sensitivity setting the image quality is very good, with sharp detail and no image noise. 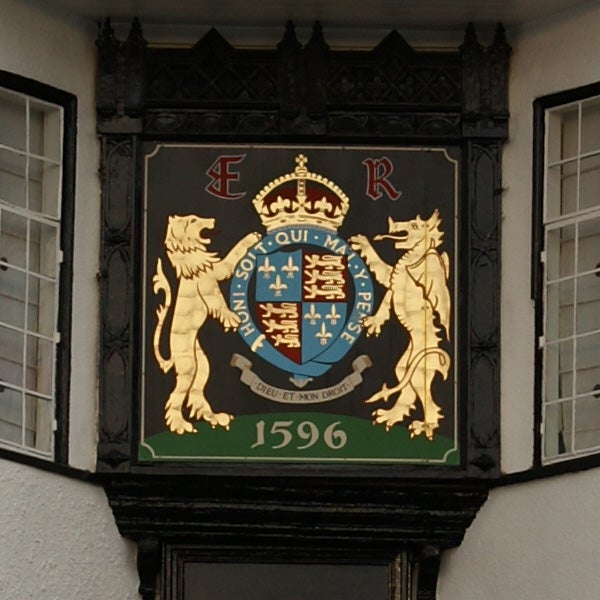 
Not much difference at 200 ISO, image quality is still good. 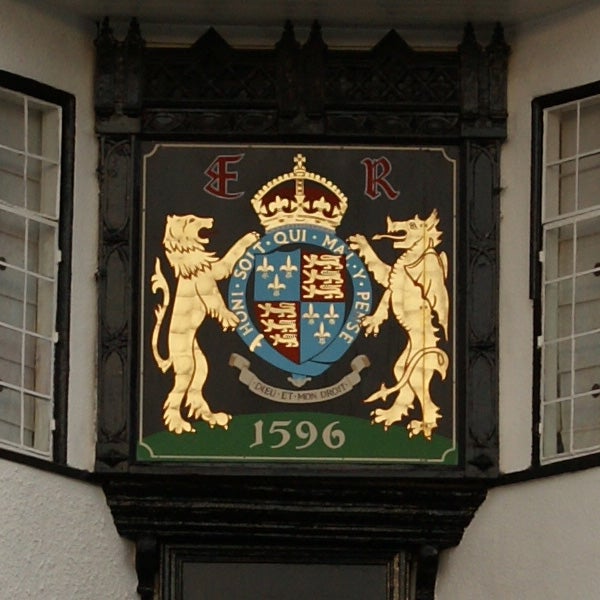 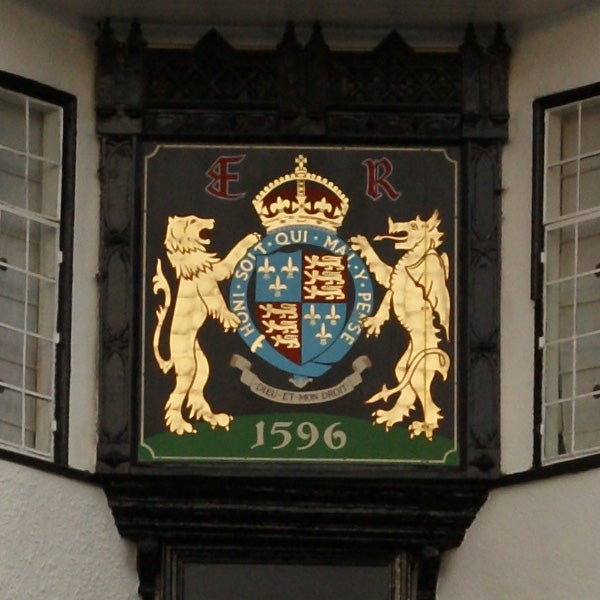 There is some noise visible in the darker areas of the frame at 400 ISO, but the overall level of detail remains high. 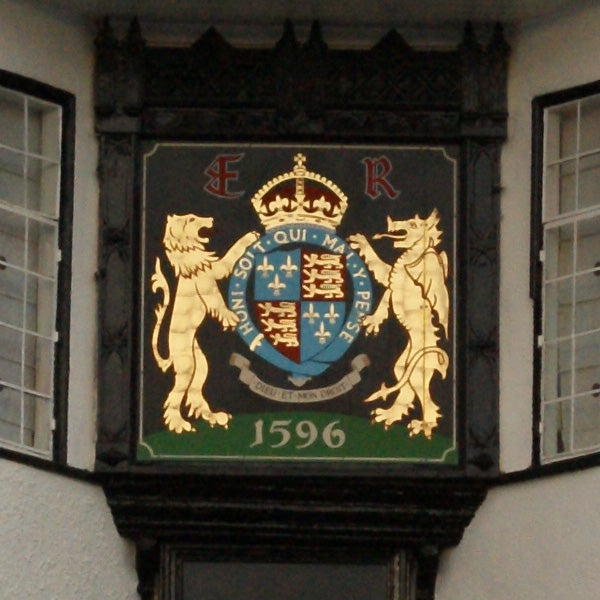 There is pronounced colour mottling in the darker areas, and some detail is lost at 800 ISO. 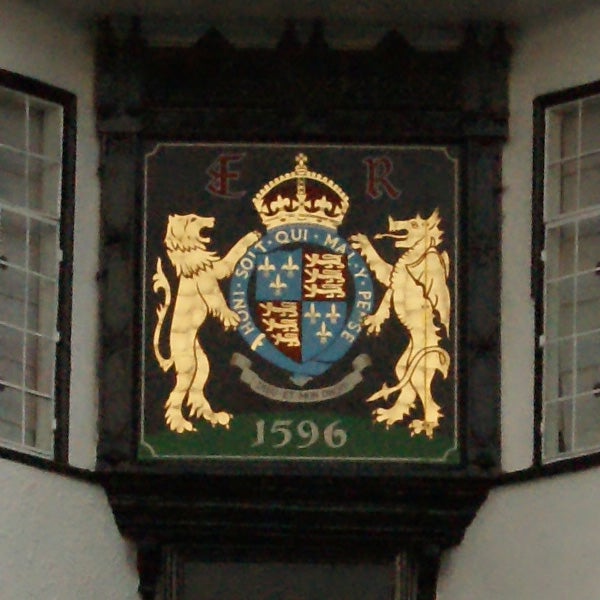 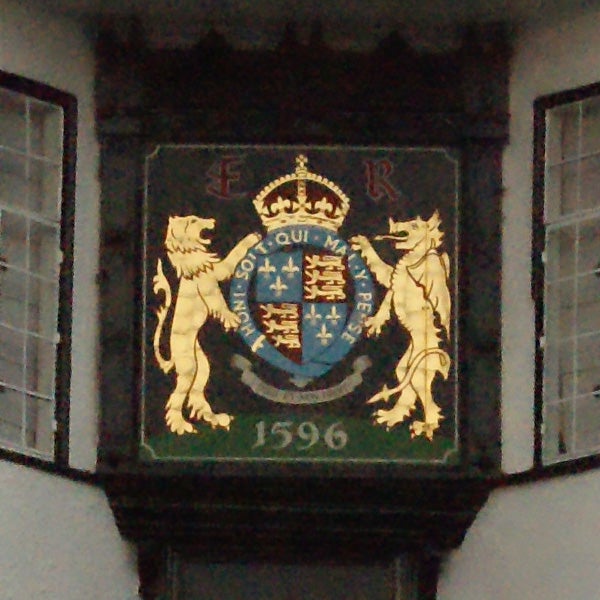 At 3200 ISO most fine detail has been lost and image quality is quite poor. 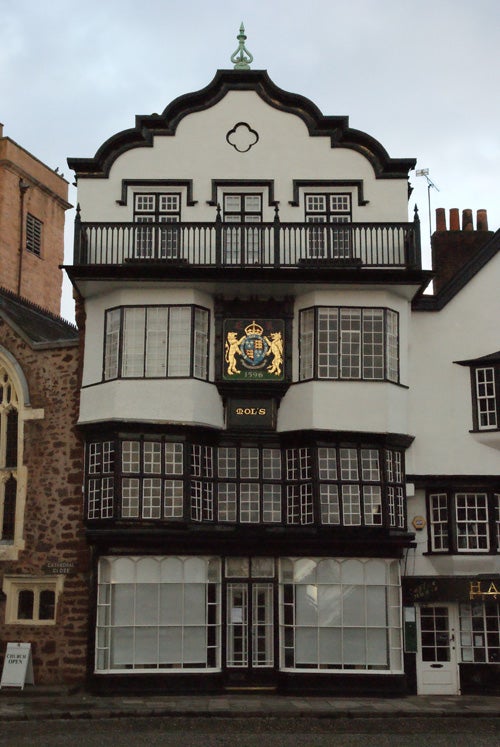 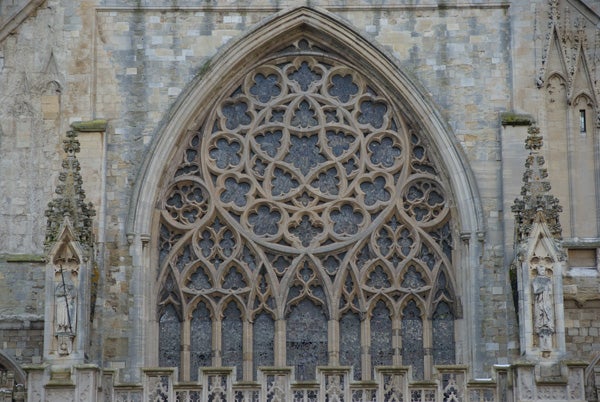 I don’t usually use the cathedral window shot for DSLRs, but there’s no way I was driving to Sidmouth in this weather. 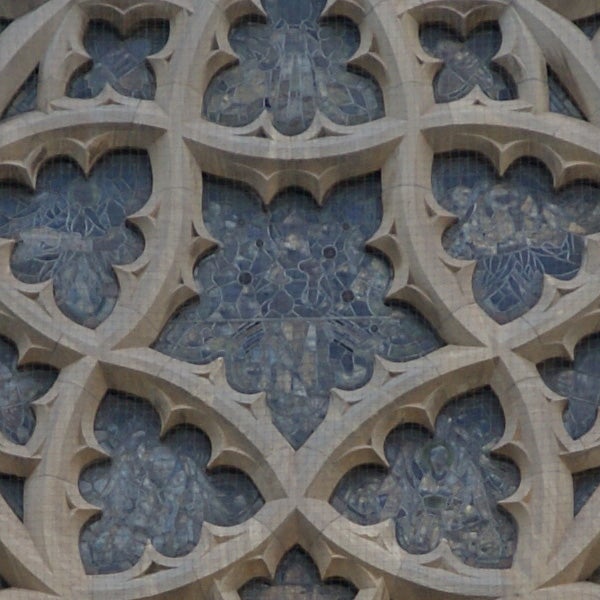 Despite the very dim light, the level of detail in this shot is very good. 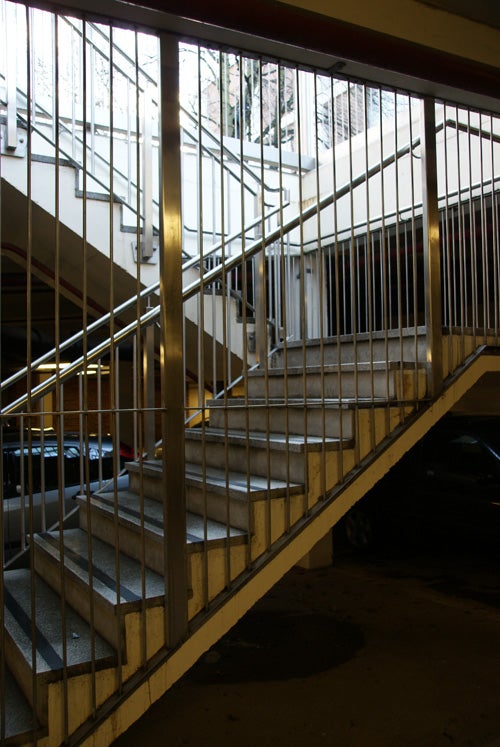 With the D-Range Optimiser switched off the shadow details are a bit murky. 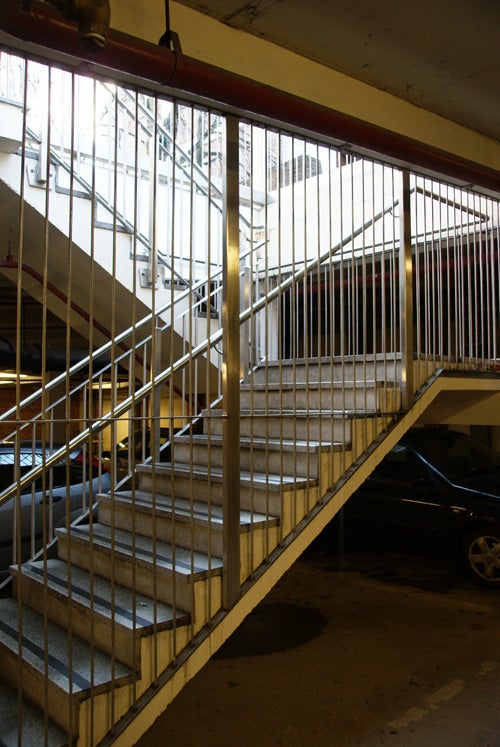 With D-Range Optimiser switched on the effective dynamic range is increased. 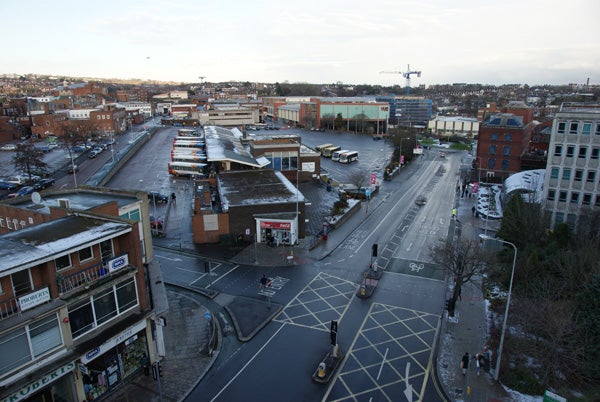 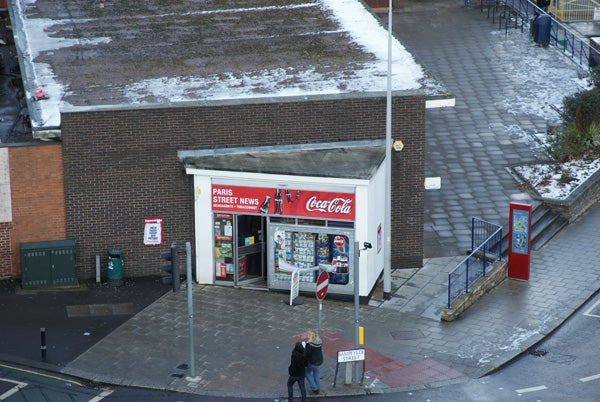 105mm isn’t much, but it’s a useful short telephoto and ideal for portrait shots. 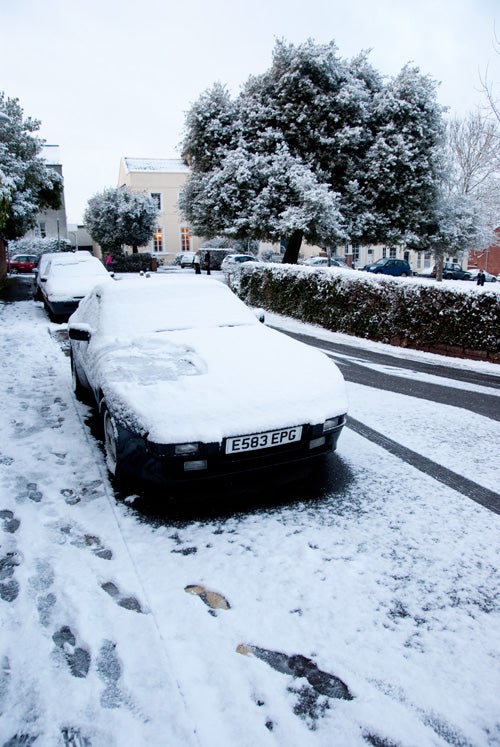 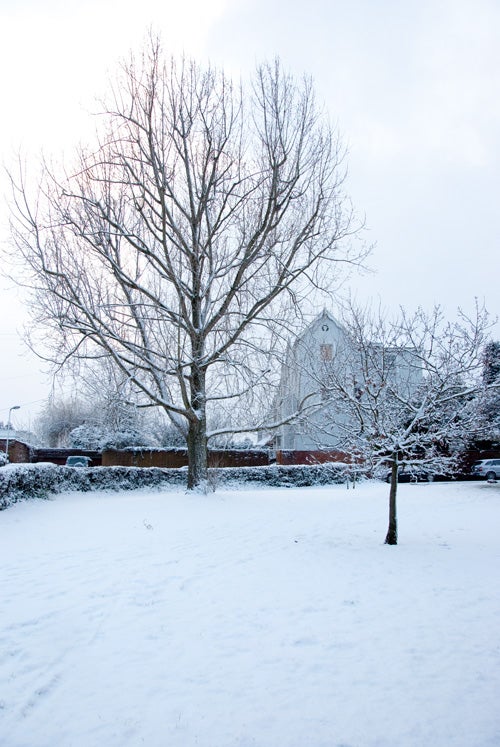