Security has and always will be a concern for us all. Even if you double lock all your doors, put six foot walls round you house, and have three starved Rottweilers patrolling your garden, sometimes you just can’t get that niggling feeling of doubt out of your head.


For businesses, or the rich, CCTV cameras have always added that extra layer of security. However, the cost, hassle, and unsightliness of installing bulky CCTV cameras around our homes is too prohibitive for most of us to bother. Fortunately, Solwise has come up with a solution that just might be what we all need. 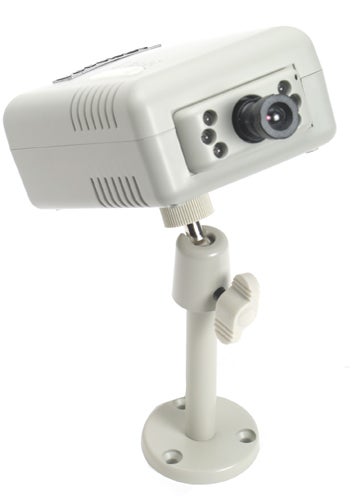 The Solwise Vesenet Home-Plug camera is a VGA web camera that uses Home-Plug technology to transmit video data to your network. From there you can view the stream on your computer or set it up so you can view it from anywhere round the world via the magic of the Internet. Of course you can get wireless cameras that do this, like the Axis 212PTZ IP Camera and the Linksys WVC200 Wireless IP Camera but they still need power and they’re expensive. With this you get an all-in-one box that, at only £62.46, is very cheap as well.


We’ve covered Home-Plug before, in our review of Solwise’s and Devolo’s 85Mbps network adapters. It’s a version of Ethernet Over Power, a technology that uses your home’s existing power cabling to transmit data. It’s faster and more reliable than wireless networking and, of course, you don’t need to rewire your whole house – unless your power cabling really is that bad! It’s not often all the TR staff have exactly the same opinion about a product but, well, let me put it this way. Currently every one of the review staff now uses some form of Ethernet Over Power in their own homes.


The camera itself is 128mm long (175mm with the power cable plugged in), 74mm wide, and, 49mm high (165mm with the stand). This, although hardly small enough to conceal in a flower pot or door bell, is a lot smaller than a full blown CCTV camera.


The case is made of a light grey plastic that strikes me as being potentially quite conspicuous. This isn’t helped by the inclusion of status LEDs on the top of the unit which flash away constantly. Of course, not everyone will be concerned by the visibility of the device, in which case the status LEDs are quite useful. Also, the case isn’t waterproof so, if you do plan on using it outside, you’ll need to house it in something else. 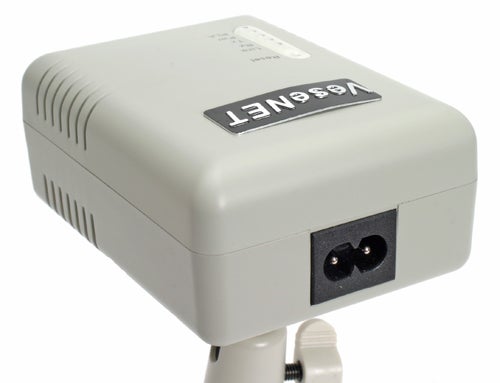 On the back of the camera you’ll find the power socket which is a two-pin figure-of-eight type. The incorporation of the power supply into the camera goes a long way to explaining the devices size. Maybe a future iteration could separate the camera from the rest of the device, for truly hidden camera antics.


On the bottom is the mount for the stand and a sticker which, along with the usual jargon, lists the unit’s MAC address. On the front are the lens and an array of what look like LEDs but are in fact, as the chap from Solwise put it, “pretty holes”. The explanation given was the housing is the same as that used by other products which use IR LEDs for night-vision, so its just filled in the blanks for this version. It’s a bit cheap, to say the least, but this is a budget product so I certainly wouldn’t begrudge Solwise that much. 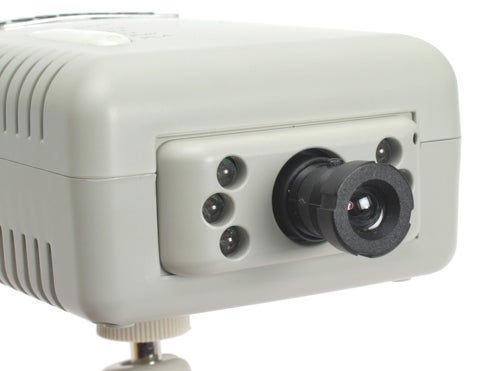 The stand is articulated by a ball joint that enables you to point the camera in any direction, it also has screw holes for mounting on a wall.

As with all Home-Plug products, setup is a cinch. Just plug the provided power cable into the camera and into the nearest mains socket. Then, using a Home-Plug network adapter, take the signal from the mains to your router. Wait a few moments for the devices to establish communication and you’re ready to go.


By default the device is set to accept a DHCP assigned IP address so, once plugged in, you should be able to access the web interface straight away – just type the IP address into your browser. Otherwise you will need to run the included IP CAM utility which will detect your HomePlug devices and help you configure networking options for them. DNS and email settings for Internet access and auto emailing can also be setup from this software.


To start viewing images you simply open a browser and put in your devices IP address or, if you’ve setup DNS, the camera’s domain name. 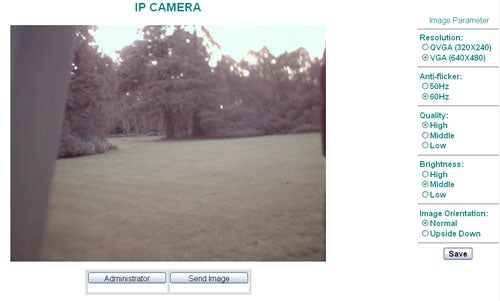 Once you’ve opened the web interface you can either logon as a user or an admin. As a user you can view the video stream, email an image and adjust image settings. As an administrator, you can adjust network, email, and security settings as well as do everything a user can. 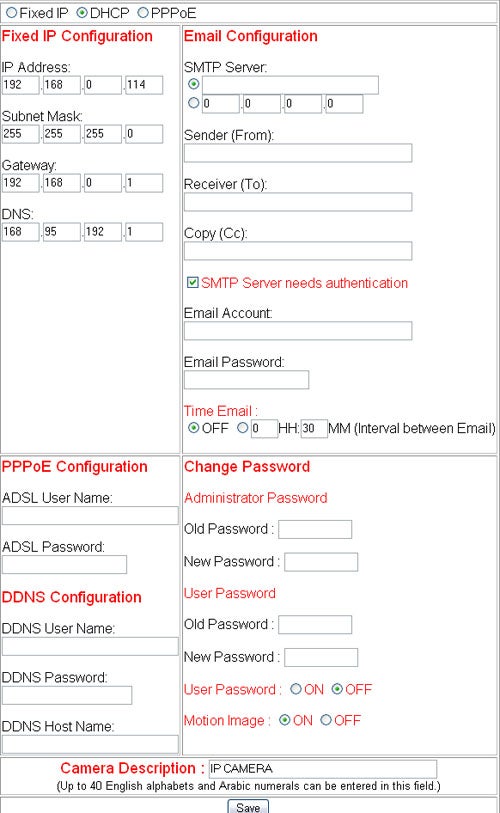 Image quality settings include resolution, compression quality, and, orientation – in case you’ve had to mount the camera upside down. A particularly useful setting is anti-flicker which enables you to synchronise the video sample rate with monitors, fluorescent bulbs, and any other non-continuous light sources. The video streaming is powered by Java and enables you to take screenshots which is very useful.


Image quality isn’t brilliant but, for general surveillance use, it is more than capable. I would’ve liked to see some remote (or automatic) lens adjustment so that you can zoom in or refocus but this would likely have added a lot to the cost. 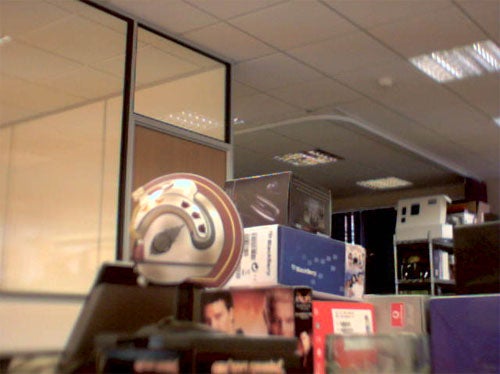 As it stands there isn’t much you can do with this device, except maybe use it to see who’s at the front door. You really need to combine it with the recommended DVR software which has motion detection and scheduled video recording to take full advantage – then you may stand a chance of actually catching that thief.


Solwise has added some great functionality into a very innovative product and offered it a price that would appeal to anyone. However, image quality and lens remote control issues mean the Solwise HomePlug Camera is more of a novel toy than a serious surveillance device. However, if all you need is to recognise someone at the front door before you open it then maybe this is the device for you.