The Solidigm P41 Plus is a capable, if unexceptional, Gen 4.0 NVMe storage drive that’s competitively priced and available in the three most popular configurations. While there are much faster drives available, the P41 Plus holds its own where it matters most in-game.

Less concerned about delivering on the bleeding-edge, the Solidigm P41 Plus was born out of the ashes of Intel’s NAND and SSD business, with heavyweight storage giant SK Hynix taking this model under its wing.

True to its budget nature, the Solidigm P41 Plus is a DRAM-less Gen 4.0 NVMe SSD, which largely holds its own in the current climate of games right now. Gaming isn’t at the forefront of this drive’s functionality, though, but instead it leans more towards productivity and file storage.

Read on to find out whether this wallet-friendly NVMe SSD has what it takes to be considered one of the best SSDs on the budget end of the market.

The Solidigm P41 Plus is about as basic as you can get for your everyday DRAM-less Gen 4.0 NVMe SSD. Aesthetically, the board itself is single-sided and on the thinner side as far as M.2 drives are concerned. A pleasing white and purple sticker is placed over the aforementioned Silicon Motion SM2269XT and in-house 3D QLC NAND Flash.

While looks aren’t particularly important as far as such devices are concerned, build quality is – and, thankfully, the P41 Plus is durable enough.

Our particular review unit is the 1TB variant, arguably the sweet spot for most gamers and content creators. However, the Solidigm P41 Plus is also available in 512GB and 2TB configurations. In the twilight of Gen 4.0 NVMe technology, with Gen 5.0 right around the corner, the asking price here is incredibly competitive all things considered.

One thing that’s respectable about this drive is the write endurance, of which both my 1TB review unit and the 2TB model 400 TBW is solid. The lack of DRAM here means that this unit is lightweight and thin enough to be slotted into both a desktop and a gaming laptop with minimal fuss, too.

On the software side of things, there’s the Solidigm storage tool that provides access to firmware updates as well as a performer booster tool and health diagnostics. Like many Gen 4.0 SSDs, this one comes as standard with a 5-year warranty, offering peace of mind that it will be ticking for a long time to come – provided you don’t stress test to the max without cooling every day.

The Solidigm P41 Plus performs well but doesn’t set the world on fire. Given that this model’s whole deal is bang for your buck, the value for money it offers is undeniable – even if there aren’t many fireworks. The 1TB is quoted by the company as delivering up to 4125 MB/s reads and 2950 MB/s write. Admittedly, these are humble numbers by Gen 4.0 standards, and my testing did confirm these rates to be accurate.

CystalDiskMark matched the sequential read and write figures, clocking 4180.15 and 2980.31 MB/s respectively. This is a hair over the maximum cap of what was possible with the previous generation – so the numbers are expected but uninspiring when taken in isolation. Anvil Pro backed these rates up and resulted in a total score of 16,965.15 all told. A comfortable middle ground.

As far as 4K random reads are concerned, things are fine; but nothing great. Official branding claims up to 225K IOPS Random 4KB read, but I was only able to verify 168K – which isn’t too far off, but a little disheartening given the potential prowess of which Gen 4 is capable. Still, as a production drive made for light gaming, it’s serviceable.

The Solidigm P41 Plus holds up fairly well from a purely gaming perspective, too, doubly so if you’re thinking of making the switch from a traditional SATA or Gen 3.0. Loading times are light even in demanding titles such as Pavlov VR, and almost non-existent in older games such as Guilty Gear Xrd: Revelator. The file transfer times of said titles aren’t too bad, either, if the rates aren’t consistent when scaling up the file sizes.

The latter title, at 11.87GB, took only 2mins 11secs to make the jump from a considerably faster Gen 4.0 SSD for a rate of 90MB/s. However, things begin to slow down a little when file sizes become considerably larger. The former, totaling a mammoth 90.12GB, transferred across in 20mins 35secs, with an average rate of 73MB/s.

You want great value for money with a decent-performing, current-generation drive

Given that we don’t see many Gen 4.0 drives selling this cheaply, you’re getting solid performance here for the asking price.

Bleeding-edge sequential performance is a necessity for you

Gen 5 launches with the release of AM5 socket motherboards, which will replace this generation of drives as the new standard. Compared to existing models, the Solidigim is slower off the line to start.

The affordable asking price of the Solidigm P41 Plus in its various configurations allows me to give this budget drive a lot of credit. Simply put, priced at $89.99 / £87.99, this is one of the better-value propositions on the Gen 4.0 platform. We don’t see many storage models straight out of the gate at this competitive price point, so this unit achieves its humble goals.

Ultimately, though, you need to remember that Gen 4.0 is about to be phased out. With the latest processor generation from AMD and Intel around the corner, both able to take advantage of Gen 5 speeds, an entry-level drive of this spec is far from exciting.

There’s also an argument to be to be made for waiting for all the top-performing SSD models – such as the Samsung 980 Pro, the Kingston Fury Renegade SSD, the SK Hynix Platinum P41, and the WD Black SN850 – to drop in price towards the end of the year before you buy.

I used the Solidigm P41 Plus as one of my main drives inside my machine for the better part of two weeks. During this time, I tested the NVMe SSD with industry-standard tools such as CrystalDiskMark and Anvil Pro as well as conducted my own real-world performance tests. 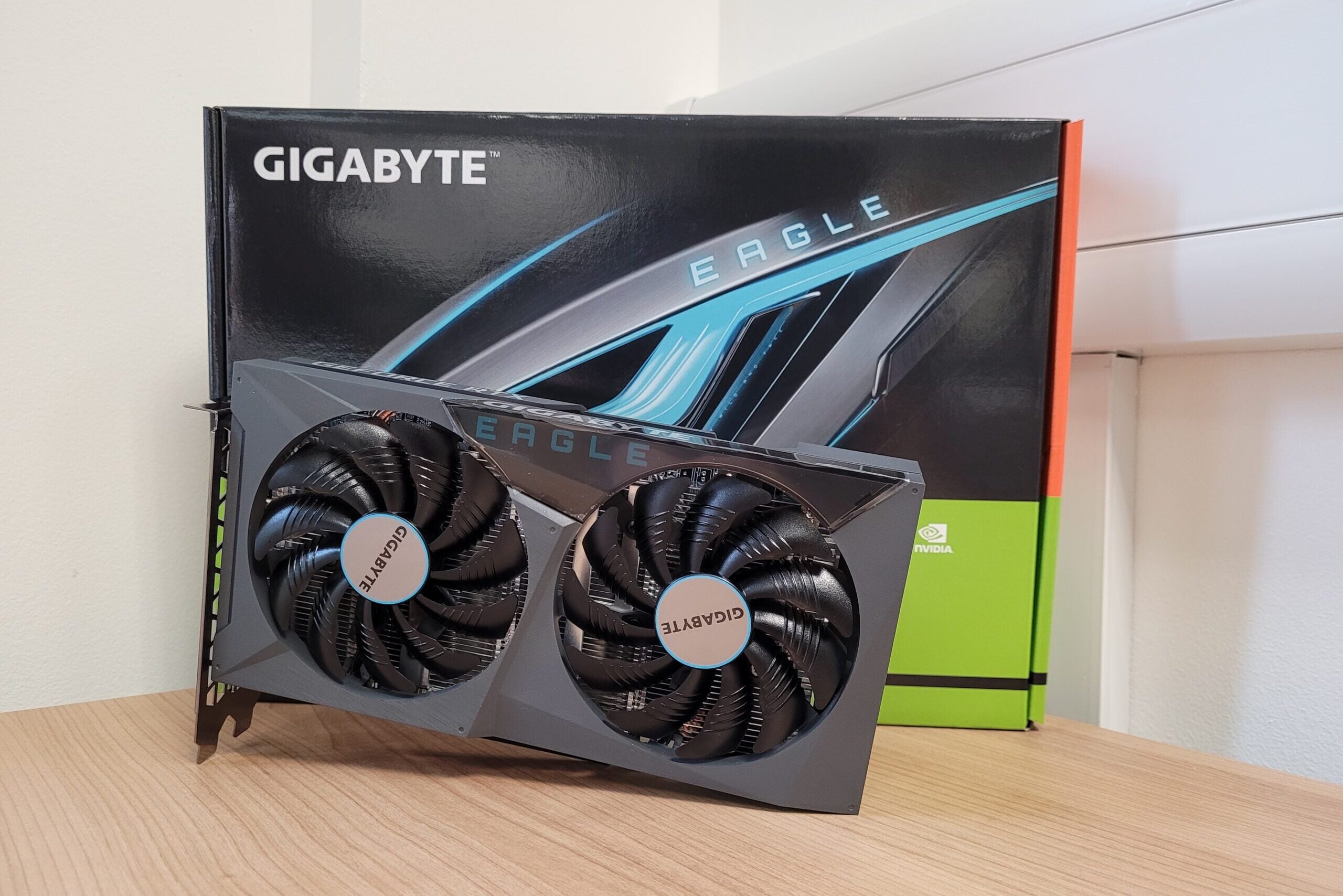 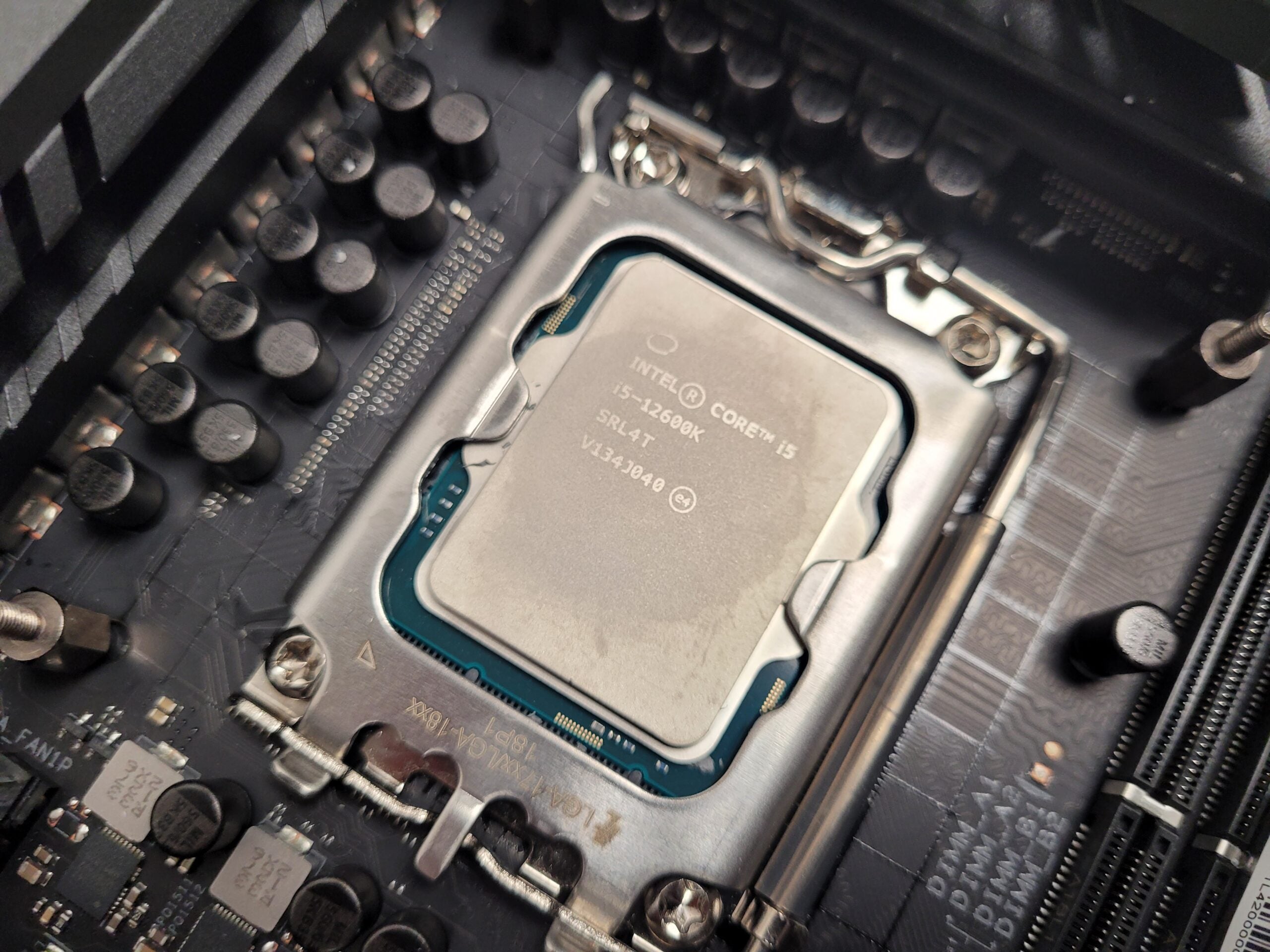 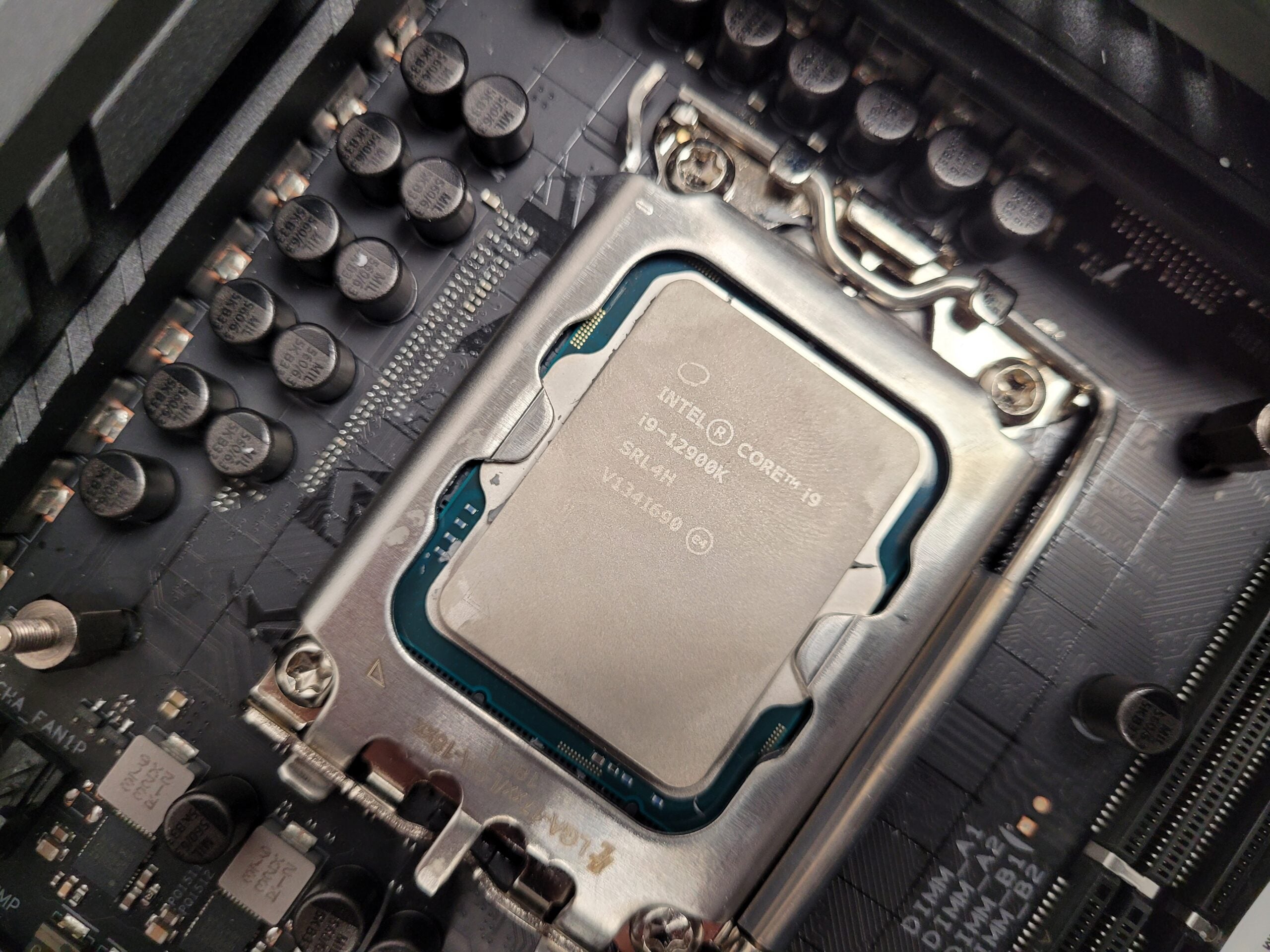 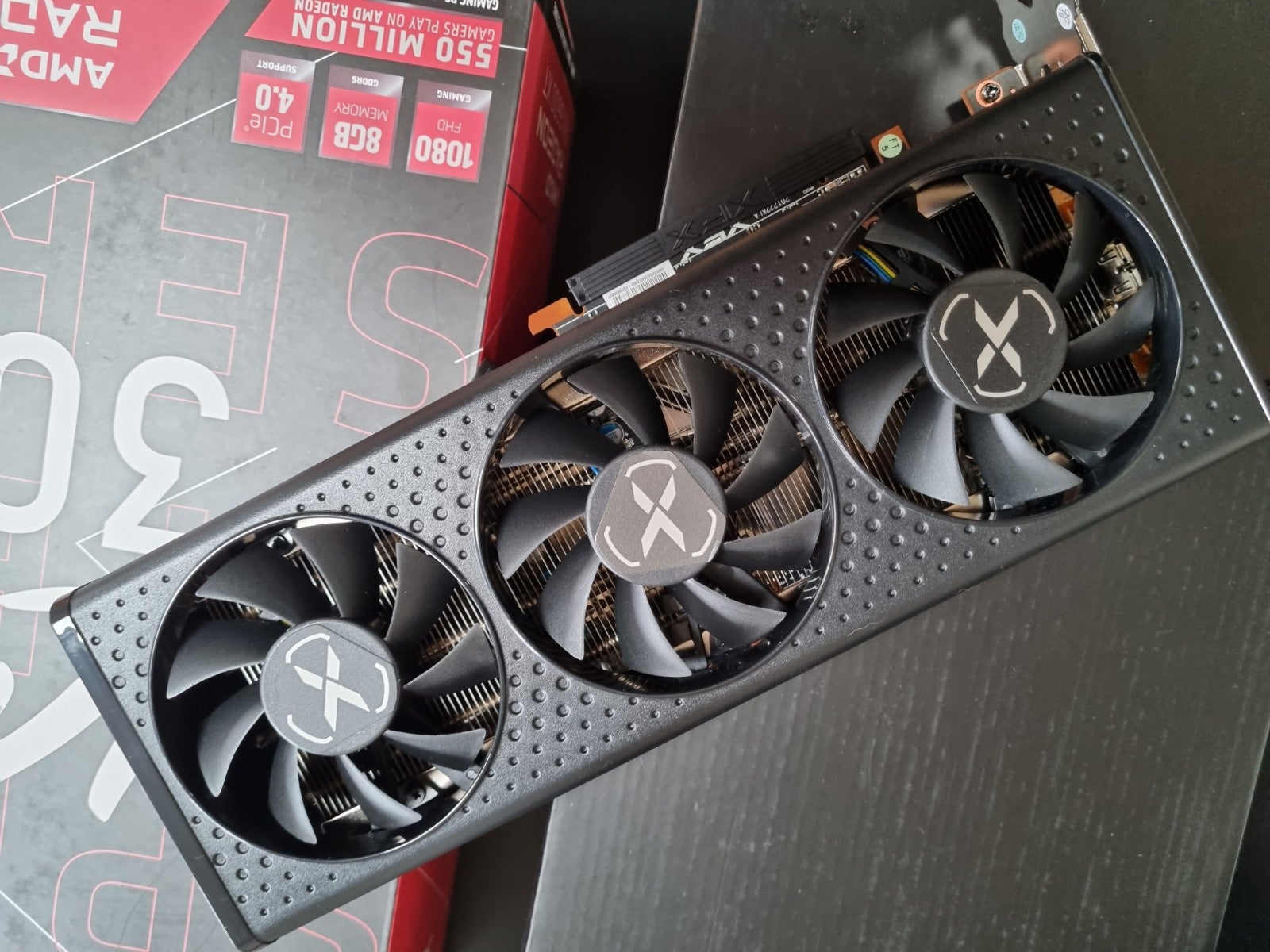 Gen 4.0 SSDs are the current fastest NVMe drives on the market, delivering up to 60% stronger performance than the previous generation. Gen 4.0 drives are capable of read/write speeds exceeding 7000MB, depending on the controller and DRAM in use. Most average Gen 4.0 drives hover around the 4500 – 5500MB/s mark.

Installing an NVMe SSD, such as the Solidigm P41 Plus, onto your motherboard is fairly straightforward. You’ll need an M.2 screwdriver to take off your motherboard’s heat shield or heat spreader, if applicable. Then, you line up the right-side notch of the drive at a 45-degree angle, slowly press down until you hear a click, and then gently screw down to keep it in place.

How much faster is NVMe than SATA?

The tried-and-true SATA SSDs are showing their age nowadays, with most capping out at around 550MB/s sequential. However, current Gen 4.0 NVMe models are capable of rates upwards of 10x for gaming, storage and other tasks.