There’s no question that the market for PDAs has shrunk over the last few years and is shrinking further. On the one hand, smartphones can do the same basic jobs and handle all mobile communications. On the other hand, the new wave of mini-notebook gives you access to PC level applications in a highly mobile form. All the same, there are still plenty of people out there who just want a simple, powerful device to take care of business, and plenty of companies who want to deploy mobile computers but want something more robust, less flashy and less open to abuse than the average smartphone. This is the target market for mobile computing specialist Socket, and its SoMo 650 is aimed directly at it. 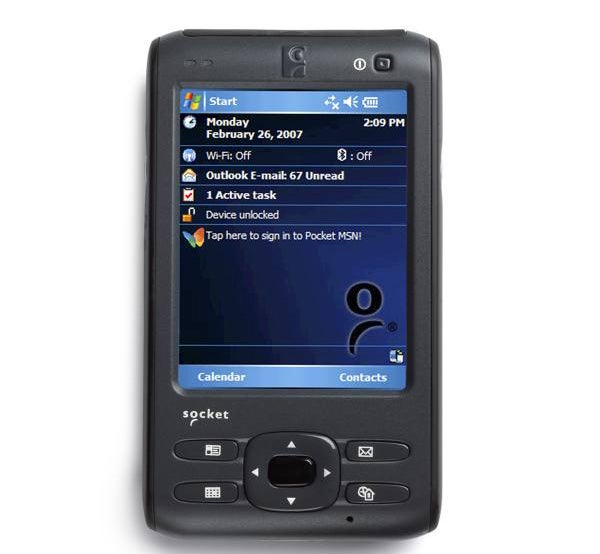 To be more specific, Socket is pushing the 650 at an area that sits between consumer/enterprise PDAs like the HP iPaq 214 and fully ruggedised devices like the TDS Nomad 800L. The SoMo isn’t designed to weather monsoons or survive freezing temperatures, but it is designed for ‘grey-collar’ workers who spend their time between the office, the road and the labs, factory floor or workshop.


The body is made of a tough dark grey plastic, with rubberised sides to improve handling and durability and rounded corners designed to minimise wear and tear. All the sockets, bar the proprietary PDA to USB connector at the bottom, are covered in tough flaps of the same material, and the whole thing feels extremely solid.


The specs claim that you can drop the SoMo from 1 metre onto vinyl-covered concrete multiple times, and our tests would certainly confirm this. Given that it’s not a proper ruggedised PDA we’ve held off the abuse we might normally employ for such devices, but this is certainly a PDA you could lug around with you from workspace to workspace without worrying about the odd knock. 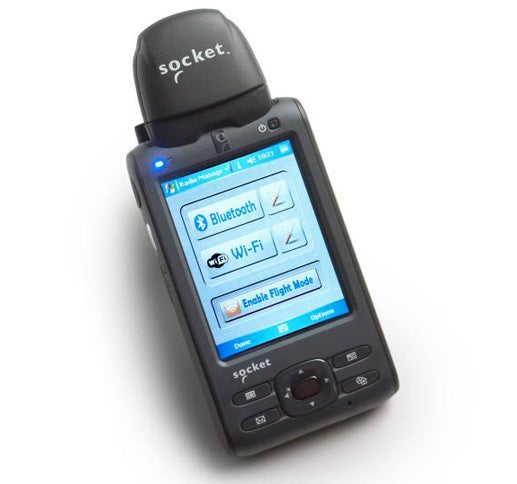 Otherwise, the physical design is generally fine without being particularly innovative. The proprietary USB connector is a bit of a menace and it would be nice to have a standard 3.5in headphone connection, but given the industrial leanings of the device the SDIO SD and CompactFlash memory card slots at the top and the 2.5in hands-free headset socket should suffice. The SoMo also ships with a nice, weighty desktop charging cradle, complete with a spot to charge a second battery. The wall-wart power adaptor can plug straight into the PDA itself, but most users will probably be leaving this one in the dock at the end of every hard day at work.

In terms of wireless connectivity, we get 802.11g WiFi and Bluetooth 2.0 with EDR. As Socket partly designed the SoMo to work within its own product line of add-on laser scanners, RFID readers and magnetic bar scanners, some thought has clearly gone into getting all this stuff to work properly, and Socket has installed its own WiFi and Bluetooth management software to help make sure that remains the case.


Certainly we had no issues hooking up the SoMo to our wireless network or Bluetooth devices, and connections were perfectly stable. As the unit also supports fast roaming, it can switch between connections within seconds. 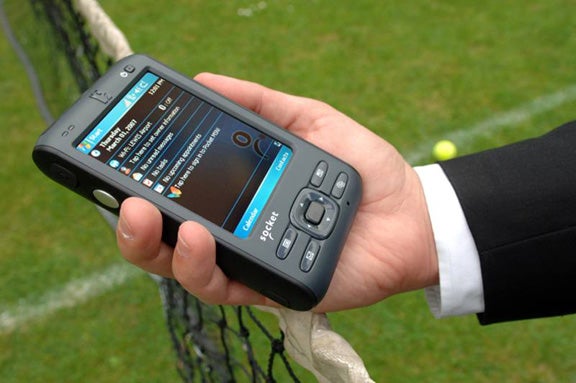 The screen is a little less impressive. At 3.5in its a decent size and perfectly bright and clear, but it’s also limited to a rather basic 240 x 320 resolution, which seems a bit old-school after the iPaq 214 with its 4in, 640 x 480 display. I’m sure Socket would argue that it’s perfectly functional and fine for the intended market, but given that this isn’t exactly a budget PDA, it seems a little miserly to me. After all, big, high-resolution screens aren’t just for video playback – they also make a range of business tasks easier.


Our test unit came installed with Windows Mobile 6 classic installed. A set of pretty straightforward navigation buttons, calendar, contacts, email and today hotkeys and two customisable buttons – one on each side – help speed up everyday use. 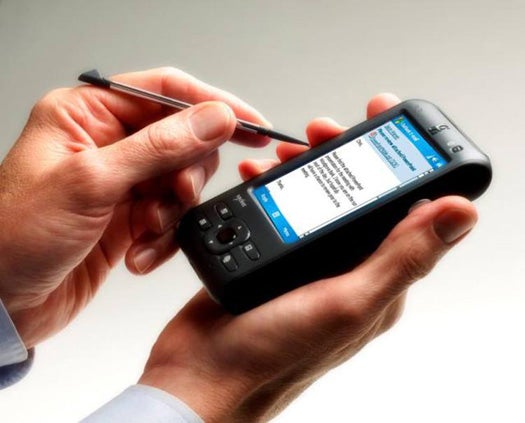 The good news is that the SoMo 650 is an excellent performer. With an Intel PXA270 processor running at 624MHz and 128MB of SDRAM it powered through contacts, spreadsheets and emails, but also coped extremely well with more intensive – if less business focused – applications like video playback and (ahem) the Pocket PC version of Guitar Hero III.


Despite the power, battery life from the 1200mAH Lithium Ion cell is pretty good. Socket claims the battery should be good for a day of solid use, but having had the unit in reasonably regular usage for three days I think they’re not doing it justice. And that’s with WiFi and Bluetooth switched on much of the time.

One of the primary uses of a device like this is stock, delivery or inventory control, and Socket sent along its wireless and compact-flash based laser barcode scanners to give them a try. You can scan directly into Excel Mobile spreadsheets and I can see how, were I in need of this sort of feature, this implementation would be very easy to setup and manage. As is so often the case, buying a properly integrated solution from one supplier is an awful lot easier than trying to roll your own from different manufacturers. If you don’t need this sort of thing, however, it’s not going to swing things in the SoMo 650’s favour. 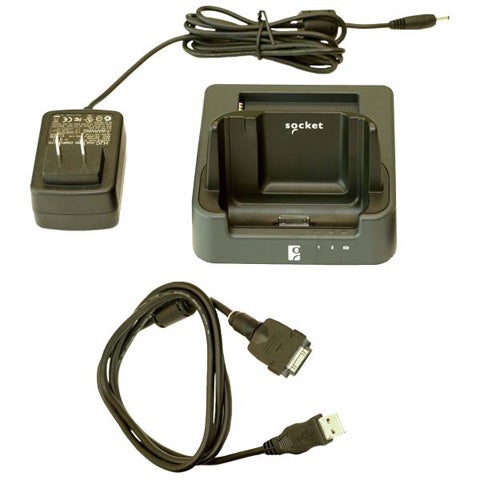 And it must be said that the SoMo really does need something to swing things in its favour, because while this is a very well-built, tough and speedy PDA, it’s also a very expensive one. Compaq’s excellent iPaq 214 is available for half the price, and while it’s not as rugged, it has a better screen, a very similar specification and its own strong suite of communications and connection management applets.


What’s more, at £400 the SoMo is also pricier than most smartphones, and as one of the few arguments in favour of separate devices is price, this could have an impact on small business buyers. If durability, a long product life and close integration with Socket’s scanning devices make sense for you and your company, then the SoMo might still be a worthy investment. If you’re just looking for a good, straight PDA, the iPaq is the better business-focused buy.


A well-built, semi-rugged Pocket PC that offers several advantages in specific technical, warehouse or industrial applications, but the high price means it’s a no-go for the average business user.