What is the Snooper My-Speed XL?

The Snooper My-Speed XL is a device designed to help you stay inside the speed limit. It looks like a 4.3-inch satnav, but doesn’t include visible maps or navigation. Instead, you’re told the prevailing limit and your current speed, so you can keep on the right side of the law. The My-Speed XL also notifies you of the location of safety cameras, so you can make absolutely sure your driving licence remains free of any endorsements.

The My-Speed XL fits inside your car just like a satnav. There’s a suction mount for the windscreen and a cradle to into which you install the device. This isn’t a quick-release cradle, though. In fact, it’s downright fiddly. Not only does the device fit so snugly into its mount that it requires some force to remove, but there are also two cables to plug in. 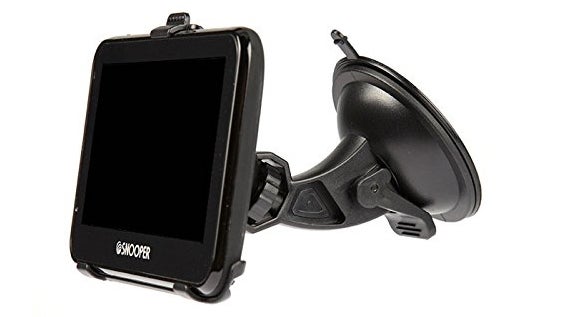 One is a mini-USB connection for the power, and the other is a 1/8th-inch micro-jack for a traffic service, which isn’t enabled on the My-Speed XL; only on full satnavs that share the same hardware. But at least the snug fit will mean the My-Speed XL won’t be falling out of its mount in a hurry.

On the plus side, the power cable isn’t permanently attached to its associated car power adapter. Instead, it ends in a standard USB connection. So if your vehicle has USB power then you can use this and save the car power adapter for something else.

The name of the road is detailed in a bar on the bottom. The speed cameras are indicated by a smaller circle between the other two. The camera positions come from Snooper’s own AURA database. This uses a dedicated team to investigate the locations of speed cameras, and aims to include new cameras within 48 hours of their arrival. It also includes most types of speed camera currently in use in the UK, including mobile and variable ones. 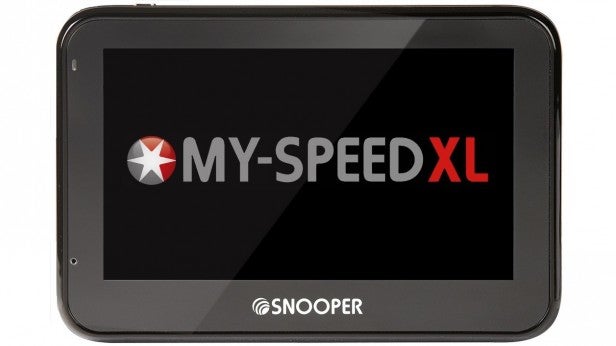 The current speed is green when you’re within the limit, and red when you go beyond this. However, although the My-Speed XL displayed the speed limits accurately for most of the roads on which I was travelling, including some temporary motorway road works, it missed some 20mph zones that had been around a year or two as well.

So it’s good, but not infallible. The speed limit data comes from a different database to the camera locations. It is supplied by Here, which is the current name for Nokia’s mapping system (it was known as Ovi Maps some years ago). It’s a well-respected database with a lengthy history.

The warning of an impending safety camera is hard to miss, with a noticeable beep as you approach, and a verbal warning as well. The database was very up to date in the areas I tested, and included new cameras that had appeared only a few months earlier.

However, the safety camera system doesn’t appear to include average speed cameras, which is unfortunate now that this form of enforcement is increasingly prevalent in the UK. On the one hand, you won’t go faster than the average speed if you ensure you’re always below the average.

On the other hand, in stop-start traffic, you can occasionally exceed the average limit a little and still keep your own average speed legal. TomTom’s satnavs have a great system that shows your calculated average dynamically between camera points, so you can keep this within the limit precisely. 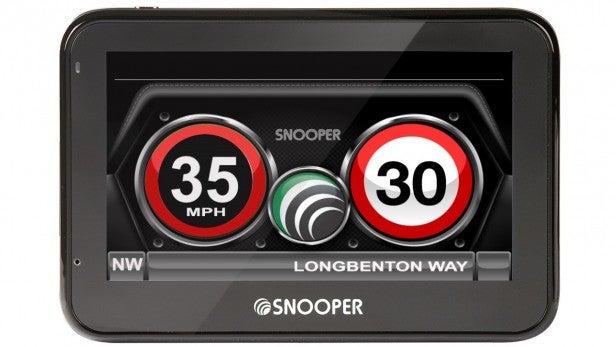 Once you have registered your My-Speed XL’s serial number online, you can download updates to the database as frequently as you like. This uses a special utility that checks the serial number of your device against the database of registered devices, and if it matches, the 6MB database will be downloaded and installed automatically. To make the most out of the My-Speed XL, it’s best to do this regularly.

Apart from the speed limits and cameras, the My-Speed XL doesn’t perform any other functions, and there aren’t any optional upgrades to add on extra features. This is very much a single-function device.

Should I buy the Snooper My-Speed XL?

The Snooper My-Speed XL does its main job well. While there are a few minor discrepancies in the database, these are no worse than satnavs I’ve tested. It’s also worth noting that most satnavs will charge you a subscription to keep the speed camera database up to date, whereas here it is included in the purchase price of the My-Speed XL.

The question is, do you need speed limit notification in a standalone device? If you already have a satnav with speed limits and safety camera locations, there’s little here to warrant yet another object on your windscreen. There’s a bit more of a reason if your car’s built-in satnav doesn’t offer these features, and more so if you generally know where you’re going and don’t generally use electronic navigation aids.

Overall, however, you’d be better off having the features of the My-Speed XL built into a fully fledged satnav that also provides navigation and traffic. Considering the £100 price of the My-Speed XL, that would offer better value, too – as good as the AURA and Here databases might be.

The My-Speed XL does its job of warning you of speed limits and cameras well, but for £100 it could do a little more.