What is the Snooper DVR-4HD?

The Snooper DVR-4HD is a dashboard camera with added safety features, including speed camera alerts. The frequency of cameras on cyclists’ heads and inside vehicles is increasing, to match those the authorities and commercial interests have proliferated our cities and roads with. The DVR-4HD is designed to give you your own forward-facing surveillance system, so you can capture your own evidence of any incidents that occur ahead.

The DVR-4HD is much smaller than a sat-nav, with a 2.7-inch screen. This is a good halfway house, because you do want a decent screen to make sure the camera is pointed in the right direction. But you also don’t want a screen so large that it distracts you from the road, or vies with your sat-nav for attention.

The mount is designed to be installed near the top of your windscreen. You could place it to one side, but I found the best position was just beneath the rear view mirror, although I did have to get used to not looking at it when checking out what was behind me. However, the power adapter comes with a very long cable, so you can route this around your windscreen so that it doesn’t dangle across your visible area. 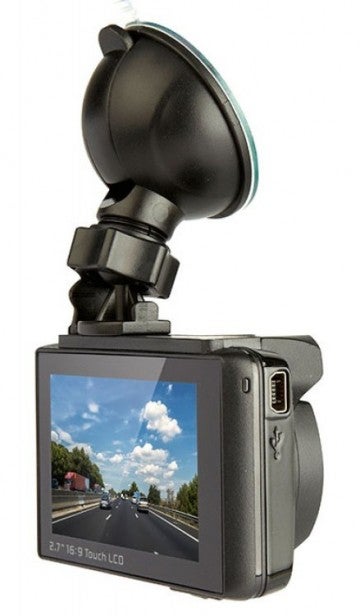 This brings me to my first criticism of the Snooper. The power cable is fixed at the car adapter end, and there is no extra USB socket on that end either. So if you want to use the Snooper alongside a sat-nav, you will need to invest in another cable and a dual-USB connector, or a socket splitter. That is, unless you are lucky enough to have a car with dual power sockets.

Once the DVR-4HD is installed and the MicroSD card inserted (it comes with a 16GB module), initial operation is pretty simple. Just slide the switch on the bottom of the unit over, and the video recording begins. The switch also partially covers the MicroSD card slot, so the media can’t be knocked out accidentally.

Video is recorded by default at Full HD 1080p, with a 17Mbits/sec data rate, although there is also a 720p option available. To switch to this you can use the menu or a WiFi-connected smartphone, of which more later. In 1080p mode, the supplied 16GB card will be enough for a little over two hours of footage, and once the storage is full the space will be recycled by deleting the oldest files to make way for new ones. However, any footage considered to be an “event” will be saved. 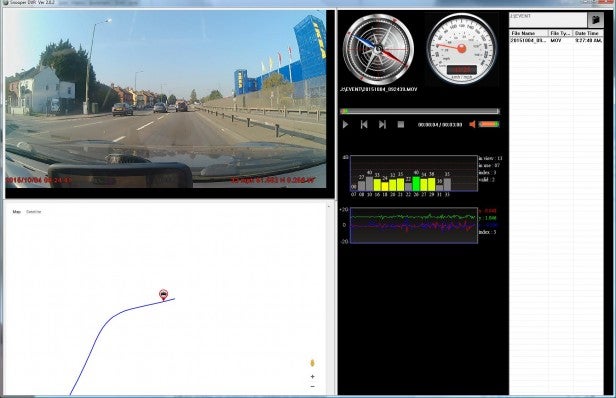 Despite its tiny 80 x 30 x 51mm proportions, the DVR-4HD still packs in a sizeable 1/2.7-inch CMOS, which combined with a F2.0 lens promises decent image quality even in relatively low light. Our testing covered both bright daylight and night-time (illuminated with street lights). The video quality was decent in good lighting, albeit not a patch on a dedicated camcorder. It is certainly possible to make out the number plates of other vehicles, although you have to be pretty close to do so. 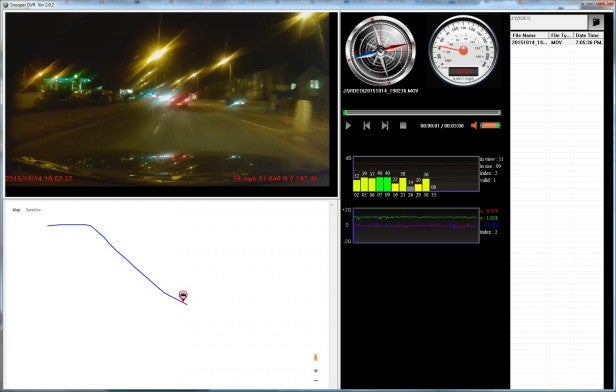 The video is rather fuzzy at night, however. A well lit number plate is visible very close up, otherwise it’s just a blur. There’s still enough detail to show what really happened in events, though, so the Snooper just about delivers on its promise of capturing your journey in every driving condition. So far so good.

The DVR-4HD is much more than just a handy car-friendly camcorder, however. There’s an accelerometer to detect collisions or emergency stops, which is how the DVR-4HD detects an incident. It will then protect the video files being recorded at the time by placing them in a separate “Event” folder, or you can do this manually by pressing an onscreen icon.

Although there are no sat-nav capabilities, the DVR-4HD has a GPS receiver built in, so your position is recorded alongside the video. In fact, the Russian GLONASS network is also supported, although you can’t use both at the same time. The GPS is also used with Snooper’s database of safety camera locations to let you know when you are approaching one and have accidentally strayed over the limit. 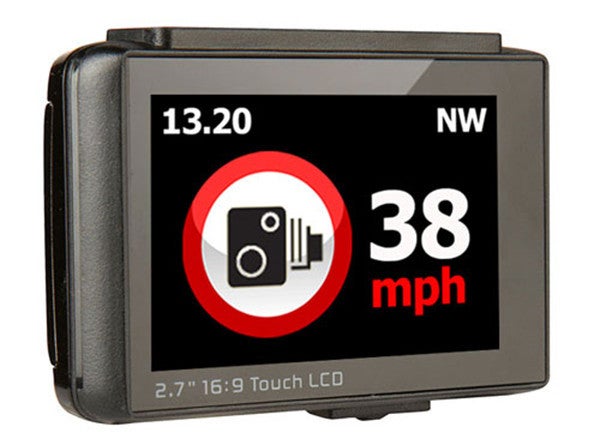 In this mode, a strip along the top half of the screen provides the necessary information, or you can touch what looks like a zoom icon on the right-hand side of the screen to have a full-screen speed readout. You are then shown a display of your current speed, which switches to a speed camera icon as you approach. I found Snooper’s Aura database was as accurate and up-to-date as others I have used, making this a useful additional feature for the DVR-4HD.

The remaining plethora of safety features are a little more hit or miss. There’s a lane departure warning system, which requires you to align onscreen guide marks with the road and eye level. The forward collision warning tells you when you are closer than 20m from the car in front when driving over 60km/h, again requiring the same calibration as lane departure.

Front Vehicle Go tells you when the car in front has begun moving again in a traffic situation. The headlight warning tells you to put your headlights on when the conditions warrant it. You can set an alert for a specific speed limit, although this won’t vary with the road you are on – there is just one setting available. There’s a fatigue alert, which is a simple timer-based warning. There is motion and collision detection, and notification of when you are braking or accelerating too fast. Turning on all these functions can get a little distracting, though, so I found I stuck with a few of the most useful.

You can enable all these safety features via the menu, but only when the device is connected to external power. You can also enable WiFi and use the smartphone app to turn on all these features, alongside all the other settings. The smartphone app is available for Android and iOS, and is thankfully quite easy to use. 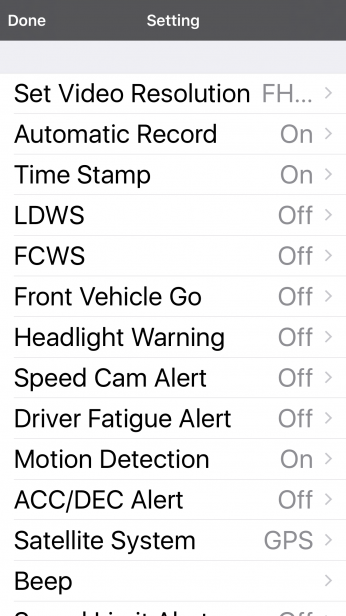 Although you can view your videos on a smartphone, the best view comes via the Snooper DVR app. However, the desktop application is a little rough and ready compared to some dash cams I have tested. You have to navigate manually to where your video files are located (alongside their supplementary information), and open each file individually.

You then get a readout of compass direction, speed, GPS signal strength, and G-force, alongside the video. There is supposed to be a map as well, but I found this didn’t load. If I zoomed out it would appear for a split second and then disappear. There is clearly a bug with the way Snooper’s software connects to Google Maps, which needs to be fixed.

Should I buy the Snooper DVR-4HD?

The Snooper DVR-4HD’s desktop software may lack a little of the polish of some competitors, and it’s a little more pricey than alternatives such as https://www.trustedreviews.com/garmin-dash-cam-20-review Garmin’s Dash Cam 20. But it also sports quite a few more safety features, in particular the speed camera warnings. If you don’t already have a sat-nav with this feature, or don’t tend to drive with one, the Snooper makes decent economic sense.

It’s also worth noting that the DVR-4HD is one of the dash cams that qualifies for up to a 15 per cent price reduction on Adrian Flux insurance. So you could save as much as the device costs. There are a few rough edges, but it does its main job well, making the Snooper DVR-4HD worth considering if not a total slam-dunk winner in every respect.

The Snooper DVR-4HD is a dash cam packed with so many safety features you will find it hard to use all of them.