If you need more confirmation that things are getting better and better at the budget end of the earphone market, here it is. Back in September 2008 we looked at Sleek’s debut IEM, the clever, customisable SA6. Audiophile-grade, single driver earphones, their modular design enabled them to be taken apart and refitted with a selection of treble tips and bass ports, giving you the opportunity to tinker and tweak until you achieved the perfect sound for each ear. Our own Edward Chester had his reservations about the overall audio quality and price point, but liked the sound, and the Sleeks have since won a sizeable following with headphone enthusiasts around the world. What’s more, when partnered with Sleek’s W1 wireless adaptor, the SA6 is arguably the best wireless headphone product we’ve seen yet. 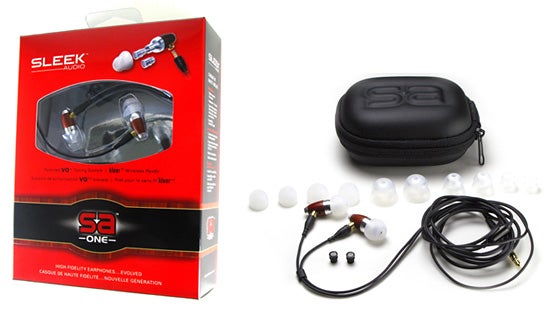 Now, however, Sleek has thrown us a bit of a curve-ball. The SA1 is the company’s new entry-level model, designed to bring some of the SA6’s audio quality and customisability to a wider audience. Furthermore, the SA1 is compatible with the W1 adaptor, making Sleek’s wireless setup that bit more affordable. The surprise? The price point. These look and feel like reasonably expensive earphones, but Sleek has brought them in at an aggressive £70, putting the SA1s in the same sort of space as Klipsch’s Image S4s, Etymotic’s HF5s and Shure’s SE115s (and even undercutting them by a vital tenner). 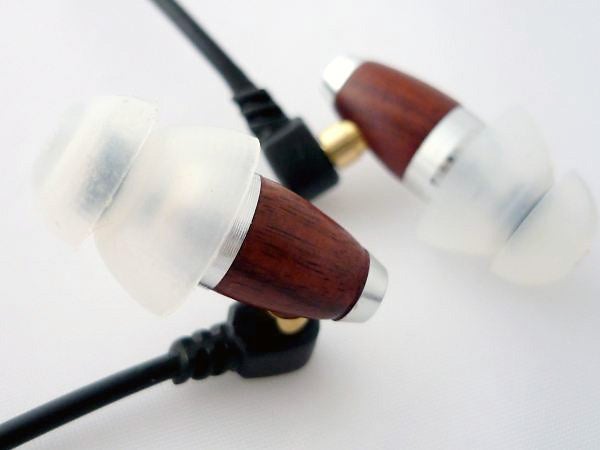 Let’s make it clear: these do not look or feel like budget headphones. There are give-aways – the cable feels a bit thin and plasticky and the surprised tough zip case isn’t particularly luxurious – but the SA1s share more than you might think with their more expensive siblings. As highlighted earlier, one thing we liked about the SA6s was their modular design. Rather than being hard-wired, the cable plugged into the earpieces, meaning a disastrous yank didn’t necessarily mean a breakage, and that if something did damage the cable, you could always replace it. The SA1s have exactly the same thing, meaning you can replace or change the cables should you need to (and Sleek are promising alternative cable colours later on this year).


What’s more, the earpieces themselves are manufactured, not from plastic, but from a combination of brushed metal and Rosewood, giving them a solid feel and a classy, retro vibe. I’m not usually one to wax lyrical about IEMs – while full-sized cans can be a thing of beauty, I just want an IEM to sit unobtrusively in my ear. However, I have to admit that I really like the style of these ones.

While the SA6s could be modified to trail the cables over your ears or drop straight down, the SA1s just sit in the conventional drop down style. Sleek provides a selection of regular and double-flanged silicon tips in three sizes, so you should be able to find something that maintains a secure fit without giving you the dreaded IEM sore ears. The SA1s are bulkier and heavier than most of the IEMs I use regularly, particularly the Etymotic HF5s and Phonak PFEs that are my current favourites, but they’re actually not as uncomfortable as I feared. The tips don’t protrude too far into your ears, and the earpieces don’t feel as big or obtrusive as I thought they might. They’re not lie down and drop off to sleep IEMs, but I can comfortably wear them for a couple of hours without irritation. 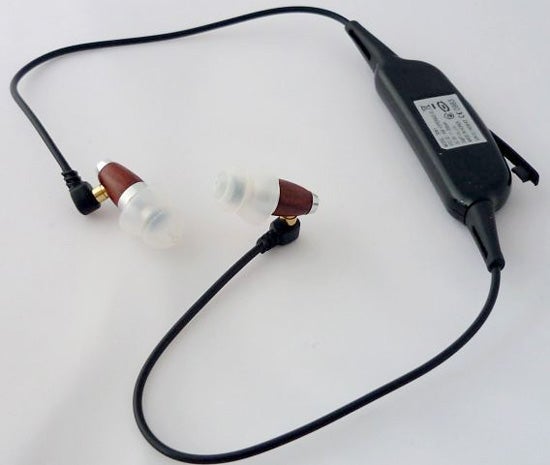 Now we come to the SA1’s two major selling points. Firstly, by disconnecting the regular cable and connecting the W1 adaptor (£99) you can instantly convert them to a set of wireless headphones, at a total cost some £80 lower than the equivalent SA6 bundle. Admittedly, it’s a bit weird to be spending less on your IEMs than the adaptor, but if you want the convenience of a wireless system and can live with the drop in audio quality, you can probably see the appeal. It’s a comfortable setup, with the body of the adaptor resting gently on the back of your neck, and the combination of a decent range (walls and floors permitting) and a 10 hour battery life works well.

Secondly, the SA1s are still customisable, though not as customisable as the SA6. There’s no separate tweaking of the treble and bass via treble tips and bass ports any more – instead a choice of two interchangeable filters allows you to choose between a brighter sound with a clearer, more balanced mid-range, and a more bass-heavy, punchy alternative. Changing filters is as simple as removing the silicon tip, unscrewing one filter and replacing it with another, and no tools are needed (or provided). You can also use different tips in different ears, so if your left ear is more sensitive to certain frequencies than your right, then you can – to some extent – compensate. This works, and there is an easily recognisable distinction between the two sounds. And while there are other IEMs around that have a similar feature – the Phonak PFEs, for a start – I can’t think of any that do at this kind of price point.

All the same, I have to admit that I’m only 90 per cent convinced by the SA1’s output. On the plus side, there’s a depth and warmth to the sound that I don’t get with the Etymotic HF2s or SoundMagic’s value-packed PL50s. The soundstage is wider than you’d get from a lot of budget IEMs and – with the black, bass-heavy filters installed – the low-end has a powerful rich rumble which does wonders for electronica, hard rock or small group jazz. Firing up Justice’s bassy dancefloor anthem, ”DVNO”, it’s hard not to be impressed by the sheer beef and low-end welly of the sound. Indeed, when those big bass notes come in or the pseudo slap-bass solo arrives, it’s a challenge not to grin from ear to ear. When you consider that we’re talking about a single 6mm driver per ear, this is really, really good stuff. 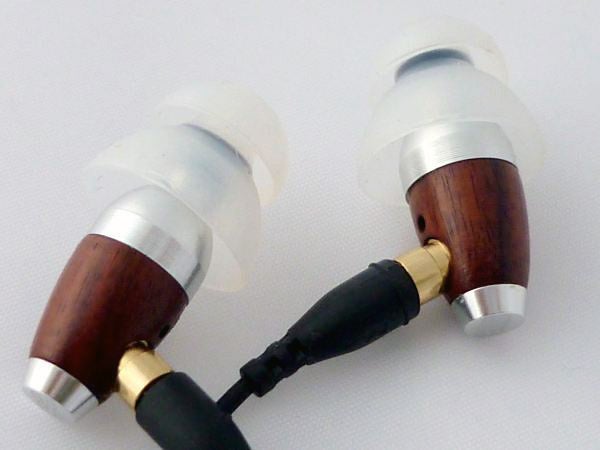 On the downside, however, they’re not so great for clarity or detail – even with the more balanced, mid-range focused filters installed. There’s good separation and a lovely, creamy tone at the mid-range, but the low-end lacks definition, while there’s none of the top-end sparkle you might get from Etymotic’s IEMs, or the SoundMagic PL50s, for that matter. Listening to an orchestral version of the ”Liebestod” from Wagner’s ”Tristan und Isolde”, I found whole lines of harmony and counterpoint buried in the mix, with the SA1s struggling to resolve and separate different string instruments. And while the sound suits rich vocals and acoustic guitar, you can’t help note that high electric and lap-steel guitars sound slightly muffled.


Let’s not get too negative. The SA1s almost – almost – do an amazing job of convincing you that you’re listening to a pair of IEMs costing twice as much, and if you like your music meaty and bass-heavy, then you’re in for a treat. Kudos to Sleek for bringing in such a strong, no compromises product at such an affordable price, and while the SA1 isn’t the last word in budget IEMs, it’s a worthy rival to the Klipsch, Shure and Etymotic competition.


Luxury IEMs at a not so luxury price, with a warm, lovable low-end and a creamy mid-range making up for a slight lack of clarity and definition. The Sleeks don’t stand leagues ahead of the competition, but if you’re on a budget they’re well worth a look.