A few weeks ago I reviewed some optical disc storage cases from the amusingly named company, Slappa. Now I’m casting my eye over a protective iPod case from Slappa, and as Benny will happily tell you while cradling his scratched and deformed iPod, a protective case is definitely a good idea.


Like the disc cases, the iPod case is beautifully tactile, with the whole hard body finished in black suede. Once you put your iPod into the Slappa case, it takes on a solid, smooth and warm feel to it that makes you want to keep holding it. The case is secured by a single magnetic clasp that keeps it snugly closed – the clasp is engraved with the Slappa name. Also emblazoned with the Slappa name is the solid metal, spring loaded belt clip at the rear of the case. 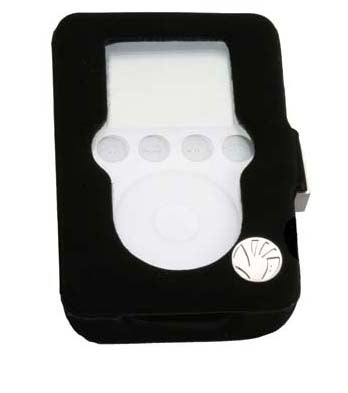 To place your iPod into the Slappa case you simply unclip the magnetic clasp and open the case like a book. The left side has a fabric pocket sewn into it with the Slappa logo embossed onto it – this is where you place the iPod. The right hand side makes up the hard, protective shell.


With the iPod snugly inserted in the fabric pocket, you simply close the case and secure the magnetic clasp. The front of the case has a solid protective bezel surrounding it, but the centre section is made up of clear plastic, so that you can see the controls and the screen. Because this case is for a third generation iPod, there are also four small holes cut in the plastic for the for buttons above the navigation wheel.


At the top of the case you’ll find a section has been left open to give you access to the headphone/remote sockets and the hold switch, while at the bottom is another cut out for the USB/FireWire cable. 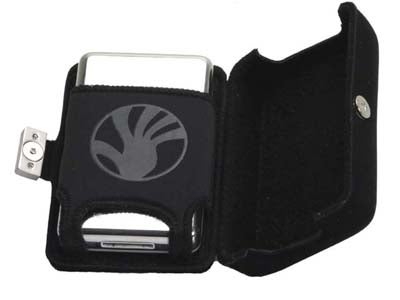 Having used a lot of carry cases for personal stereo devices and mobile phones, I can appreciate that Slappa has done a good job with the design of the belt clip. Not only does it feel very secure when attached, but it doesn’t take a huge amount of effort to open in the first place. There are also no sharp edges sticking in your waist when you’re wearing it, which is a definite bonus.

Slappa has produced a solid, protective case that looks great, but although much of the iPod’s appeal is aesthetic, the fantastic navigation method has also won it many fans. So, does the iPod remain a beautifully ergonomic device when it’s residing in the Slappa case? Unfortunately not. Viewing the screen is no problem through the clear plastic cover, and accessing the four small buttons through their cut-outs is equally as simple, but using the navigation wheel is severely compromised, and this makes the iPod a far less lovable device. 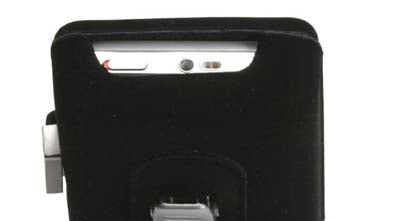 The main problem with the wheel, is that you have to operate it through the clear plastic cover, which requires a significant amount of pressure. This is nothing short of a sin, as using the wheel with your bare thumb is quite simply a joy. The other issue is that I like to control the wheel using the flat of my thumb, but you can’t do that when your iPod is in the Slappa case – if you try to use the flat of your thumb, you end up getting snagged on the hard bezel and end up having to use the tip of your thumb instead.


The other problem with the Slappa case is that it makes your iPod pretty big. What you’re doing is taking a slim and stylish device and putting it in a pretty bulky casing. That said, of all the iPod cases I have seen, this one looks the best and feels equally as luxurious. I’m also pretty confident that if I did drop my iPod when it’s wrapped up in a Slappa, it would come out fairly unscathed. 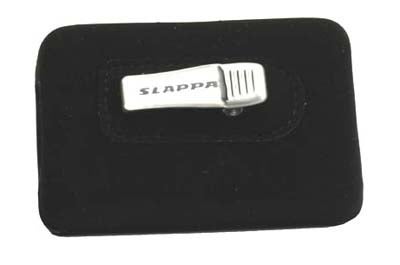 Price wise, the weak dollar helps Slappa’s cause. Using the current exchange rate, the Slappa case comes in at around £16, which is pretty good value considering the construction, design and feel of the case. So, when you take cost into account, the Slappa case is about half the price of an official Apple case, and that doesn’t offer any form of navigation access. Even if you add about £4 for shipping, the Slappa case makes a good, well, case for itself.


Ultimately, if you’ve got an iPod you need to put it in a protective case. If you don’t it will end up looking like it has been attacked by a rabid velociraptor – just like poor Benny’s. But there’s a lot of choice out there, and many of them don’t have the problems with the navigation wheel that the Slappa case does. Personally I think that getting rid of the clear plastic completely, or having just the screen covered could be the answer, but I’ll have to wait and see if Slappa heeds my advice when it releases a fourth generation iPod case.


The Slappa iPod case looks great and has a high quality, tactile feel to it. However it does make you’re iPod far bulkier than it should be, and makes the legendary iPod navigation far less slick. You could just cut the clear plastic out with a sharp knife to improve the navigation, but I’m hoping that the fourth generation iPod case from Slappa will address these issues.