Skype was one of the most requested and eagerly awaited applications for the iPhone and after a considerable wait it finally arrived as a free download on the App Store on 31st March. So how does the software measure up against its desktop cousin and other iPhone ready VoIP rivals? 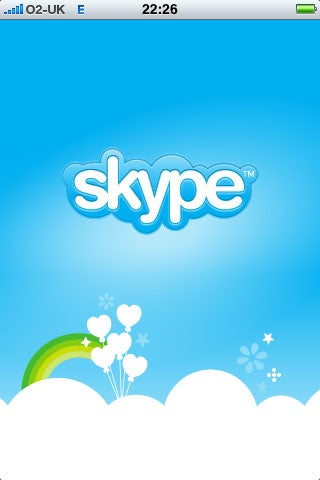 Skype is certainly not the first Voice over IP applications for the iPhone, Truphone beat it to the punch by around a year, but Truphone doesn’t have the brand recognition or the colossal user base of Skype. After all, Skype now reckons it has around 17 million registered users – although not all of these are using the service on a regular basis.


First things first, how does the iPhone app look? Rather than copy the design of the latest desktop version of Skype, the company has sensibly decided to make the iPhone version look much more like a standard iPhone app. As such there are times when you have to do a double take to check whether you’re actually using the iPhone’s standard dialler or Skype’s lookalike version. 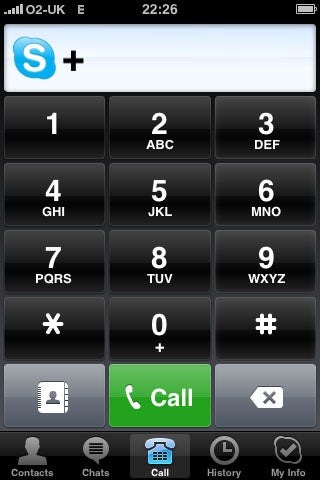 This is because the Skype dialler and in-call menu not only look almost identical to the standard iPhone version, but feature much of the same functionality, too. When you’re on a call you can choose to mute the line, put the caller on hold or switch to speakerphone mode just as you would on a normal mobile call on the iPhone. The iPhone’s proximity sensor is also called into play as the screen goes dark when you put the phone to your ear, just as it does on normal calls. 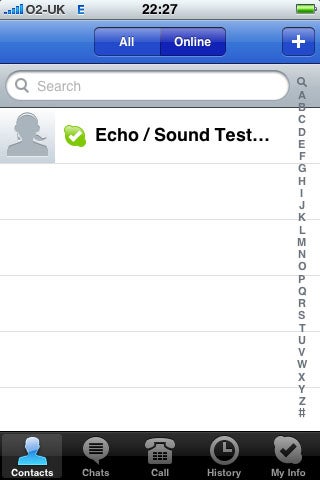 The contacts screen also apes the standard iPhone contact’s book. You can jump to individual letters or hit the magnifying glass icon to perform a search. A neat addition is the ‘Online’ button, which filters the results to show you only those contacts that are currently logged in.

So far, so good, but the bad news is that voice calls are currently limited to Wi-Fi as Edge and 3G are not supported by this version. This may be a limitation of the current iPhone OS as reports from the US say that VoIP services have been shown working over 3G on iPhone’s running V3.0 software. This means it may be possible in the future to make Skype calls over 3G as long as O2 doesn’t veto the idea. 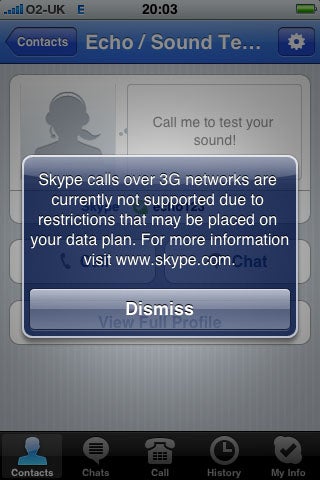 Competitors like Truphone get around the current limitation by providing you with a low cost gateway number that you can call when you’re on the move to then get access to low international rates, but Skype has chosen not to go down this route, so it’s basically Wi-Fi or nothing in terms of making voice calls at present.


The other major issue is that Skype cannot be run in the background ready to pop-up when you receive an incoming call. To be fair this is not a problem of Skype, but rather one of the limitations of the current iPhone OS. At present the iPhone doesn’t support multitasking, so processes like this simply can’t be run in the background. However, the good news is that there will be support for background monitoring in new V3.0 iPhone OS, so hopefully Skype will be able to update the client to support this when the new OS appears later this year. 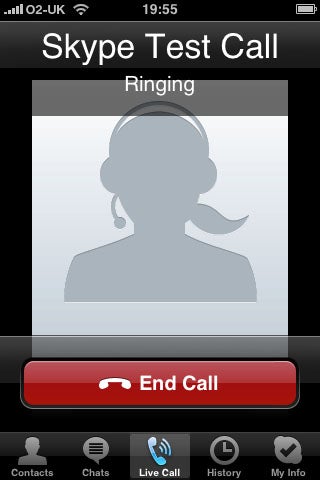 Despite these drawbacks, the actual call quality over Wi-Fi was generally very good with Skype making impressive use of the iPhone’s built-in mic and speaker. A lot of the time it sounded no different than a standard mobile call. However, this does greatly depend on the utilisation of the Wi-Fi network you are using and its associated broadband connection. When there’s a lot of congestion on the network calls can become a bit garbled, but then this is also a failing of the desktop version of Skype.


Calls to other Skype users are naturally free, but Skype also offers low call rates to standard numbers in foreign countries. These have remained consistently competitive with other services despite Skype’s popularity. However, currently when you want to add credit to your Skype account you have to leave the application and start up the Safari web browser to log in to the main Skype website, which is a little bit inelegant.

One current weakness with the call handling abilities of this iPhone client is that you can’t setup multiparty calls. This is a bit bizarre because you can actually join a multiparty call if someone else invites you. Multiparty calling is useful because it allows you to create spontaneous teleconferences with multiple work colleagues or just to get everyone on the line to agree a time to meet in the pub. Naturally you can start a multiparty text chat session, but it’s not quite the same thing is it? 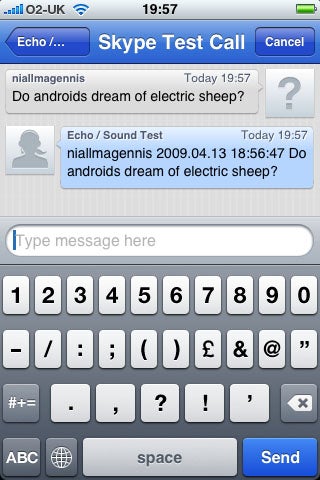 Speaking of the chat feature, unlike voice calling you can use it over the EDGE or 3G network so at least you can chat via text with your mates when you’re out and about. However, one annoyance that we noticed is that the chat keyboard can’t be re-orientated into landscape mode, which would have made tapping out messages a little bit easier. There’s also no support for file sharing at present, which is a tad limiting if you use Skype for work purposes.


On the plus side there are a few features that are currently exclusive to the iPhone version. For example, you can take a picture directly from within Skype and use it as your avatar or alternatively select an image from your existing photo library.


Overall, though, Skype on the iPhone isn’t quite the revelation that we expected it to be. The biggest issue is simply the fact that it can’t be run in the background ready to receive incoming calls. This means that Skype callers will potentially have to email you or call you via the normal mobile network to tell you to run up the application, which kinds of defeats the purpose of the whole thing. It also puts the iPhone version at a serious disadvantage to other versions. However, this is likely to be cured when the new V3.0 iPhone OS is released later this year. 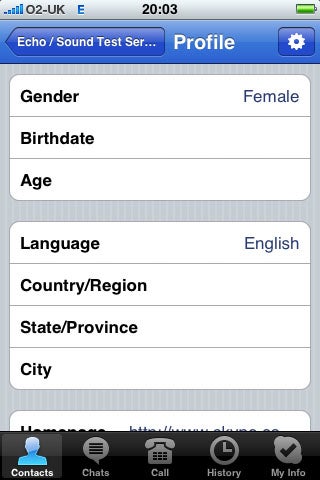 The other major downer is the current lack of support for making voice calls via EDGE or 3G. Again this may change in the future, but it will not just depend on support for it in V3.0 of the iPhone OS, but also the willingness of carriers like O2 to allow the service to proceed unhindered – something there’s no guarantee of because it has the potential to eat in to their core call revenues.


Although this version is very useful when you want to make cheaper calls abroad, and blends in beautifully in terms of design with the iPhone’s own mobile calling features, it’s definitely not the best version of Skype on a mobile phone.