I don’t suppose many people remember Sin, and those that do probably remember it as an okay first-person-shooter with nice scripted moments and an attractive female villain with big breasts. Sadly, this wasn’t enough for a game that came out in the period between Quake II and Valve’s visionary Half-Life. After the latter’s tightly woven narrative, thick atmosphere and brilliant AI, Ritual’s game seemed rather simple and samey – an effective run-and-gun action game, but nothing revolutionary. I doubt it would turn up in anyone’s list of ten-best FPS games. 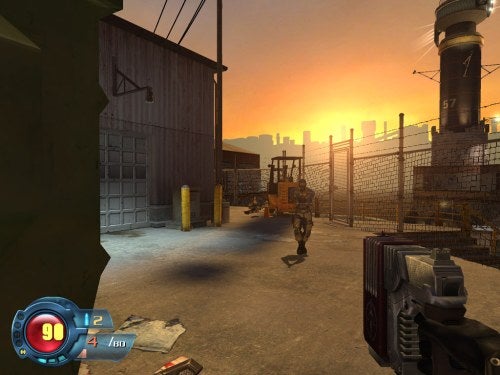 Still, that hasn’t stopped Ritual from getting together a long-delayed sequel, and this time Valve has provided the technology, in the shape of its Half-Life 2 powering Source engine, and also the means of delivery – Steam. The revolutionary thing here is that the game is episodic; delivered in five to six hour sections over Steam for a reasonable $20 asking price. Emergence is the first episode to ‘air’.


And guess what, the breasts are back.


In fact, the breasts are the very first thing you see, only just constrained in a lacy black bra underneath a suspiciously open red jacket. This instantly tells you the sort of game this is. But if you don’t get the hint, another comes five minutes later with a dream sequence featuring the kind of bikini that even a Brazilian might find immodest. Want another clue? Even your spunky female partner seems to be wearing a G-String. In other words, Emergence is interactive entertainment for boys – a kind of Half Life 2 for the Nuts readership. It’s fast moving, thoughtless and woefully linear. It hardly contains a single new idea in its entire running time. After Half-Life 2, F.E.A.R. and Call of Duty 2, it actually seems like a deliberate step backwards. But, goodness me, isn’t it fun. 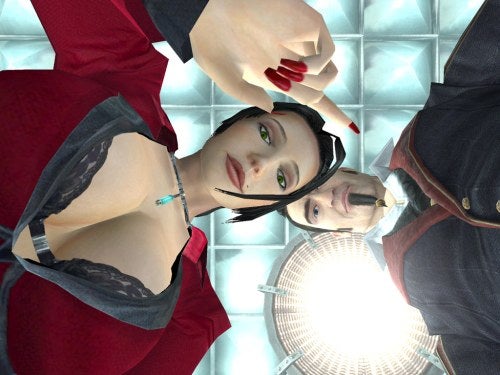 Now, to be honest my first impressions weren’t actually so favourable. Early on, Emergence seemed tired – the kind of second-rate FPS you can just about enjoy, but only on the most basic, mechanical level. The story itself starts off well, with our hero – Blade – at the villains’ mercy and injected with a mysterious substance, but after a rapid rescue it feels too much like business as usual; just another sequence of corridors, industrial facilities and crates, with enemies patrolling mindlessly and occasionally popping out to be shot.

While the use of Source engine meant that Emergence does look beautiful – Ritual seemed to be putting all that visual power to waste, with only the occasional sunlit scene or watery passage to show Valve’s technology to best effect. And though the real-time physics were obvious in the rag-doll death throes of the enemy troops and the occasional moment where a well-placed explosion caused vast chunks of scenery to topple over, I couldn’t see anything special. If anything, Emergence felt like a watered-down version of F.E.A.R. – and one missing badly the bullet-time effects and intelligent adversaries of Monoliths flawed near-masterpiece. Having fought those fiends with their rapid response and emergent tactics, it was hard to get too excited about tackling Ritual’s comparatively dozy armoured goons. 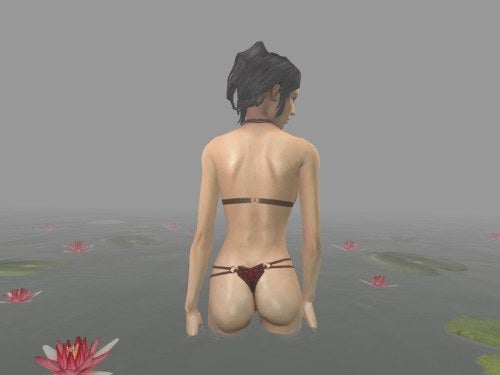 I’m not actually sure when my attitude changed, but some of it might be down to two things. Firstly, the game uses a novel technology that’s designed to adapt the AI and the general difficulty level to match your own skills, the theory being that an FPS novice should be able to enjoy the game as much as a seasoned hardcore player. In practice, this actually seems to work; the enemy forces constantly raising their game the more I made progress. Secondly, this is one of those rare games that really does get better the more it goes on. As Blade infiltrates an enemy ship the game felt more sure-footed in its set-pieces; more capable of creating situations to challenge me and test my skills. The concluding sections in a high-rise corporate block in many ways outclass F.E.A.R.’s similar efforts – partly because the environments are so much more varied, but also because the game starts throwing in the sort of high-tension, daredevil moments that make it feel like the climax of a Die Hard-style action movie. By the end, I found myself well and truly hooked. 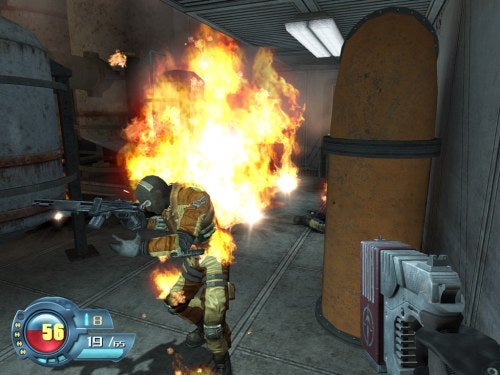 It’s certainly not the case that the action gets any less clichéd. You can expect to say hello to old favourites like the laboratory over-run by mutants, the helicopter showdown on the rooftop, and the last-stand battle where enemies swarm from every opening. Emergence doesn’t even leave you with much freedom; most of the time you can tell which door to go through because it’s the only one that isn’t locked. Most of all, it actually has the temerity to use F.E.A.R.’s trademark slowmo mechanic. It’s just that it a) relies on blasting open canisters of dangerous mutagens, and b) isn’t actually as useful as it sounds. The amazing thing is that somehow Ritual has taken this grab-bag of borrows, steals and stinking clichés and fashioned them into something surprisingly thrilling.

And the more I think about it, Emergence does have a lot of things to like. Certain enemies, like the heavily armoured soldier and the guys who buzz around on Jetpacks, work brilliantly to keep you on your toes. The pounding soundtrack lends the game that appropriate blockbuster feel, and the rest of the audio has a dynamic, action-movie clarity that holds you right in the appropriate zone. Later on, the game even seems to find its own feet visually, with some lovely detailed textures in the skyscraper and some beautiful hallways bathed in light. This isn’t a game of gritty sci-fi realism like Half-Life 2, but one of larger-than-life comic-book characters and glossy futuristic scenery. And on those terms, it actually works quite well. 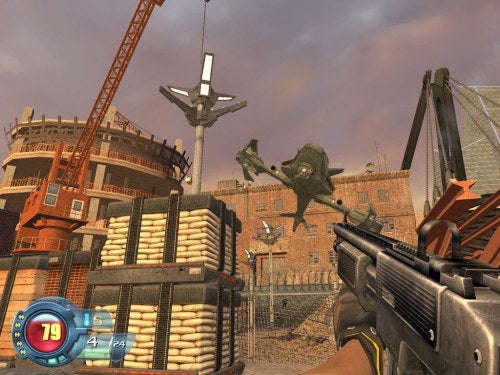 Still, it helps that this first episode doesn’t outstay its welcome; with around six hours of gameplay, you could easily demolish it in an evening, let alone a weekend. However, that’s the strength of the episodic model: you don’t pay much for each episode, and so you actually get pretty good value (particularly as the original game is currently bundled in). It remains to be seen whether future episodes can maintain this one’s momentum, but – for all the game’s crass big-breasted sexism and meagre, unadventurous IQ – I can’t wait to find out where Blade is going next. Perhaps this time Ritual might give us something more to remember than a cleavage….


Hatefully dumb, yet utterly enjoyable, Sin: Episodes is the FPS you’ll be slightly embarrassed to love. This could be a great series, provided Ritual can keep up the pace. 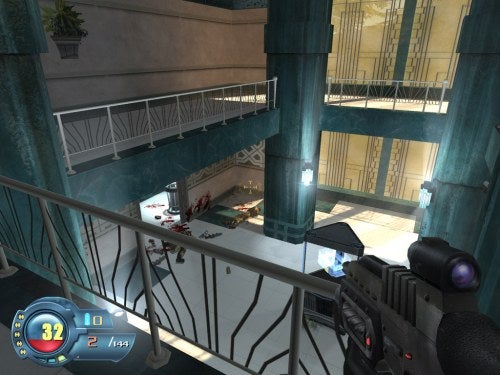