Sigma was the first manufacturer to produce a compact camera with an APS-C-sized sensor and fixed lens, in the shape of the DP1 back in 2006. This used the unique three-layer Foveon sensor, which claimed higher resolution than conventional Bayer sensors. The concept has been through multiple revisions since, including parallel models with different lenses, but the dp0 Quattro is Sigma’s most radical version yet.

The first thing that strikes you about the dp0 is its shape. With its low, flat profile, huge lens barrel and rearward-angled handgrip,  it can only really be described as odd. The 14mm f/4 lens itself is the widest angle ever seen on any fixed-lens compact, giving a 21mm-equivalent view. Finally, the sensor is still a three-layer Foveon design, but now with an effective resolution of 19.6 million pixels, although things are a bit more complicated than that.

For those unfamiliar with the Foveon sensor, it works entirely differently to conventional sensors. Where these gain their colour vision using red, green and blue-coloured dye filters over the light-collecting pixels, Foveon sensors use three stacked layers of silicon. The top layer effectively captures blue light, the middle layer green light and the lower layer red light. However, to complicate things further, the lower two layers have one quarter of the resolution of the top one, at 4.9 million pixels.

This gives Foveon images a unique look, with impressive detail resolution and unusually fine pixel-to-pixel colour gradation. Yet the design has its problems too, with excessive image noise at sensitivities of just ISO 800 and above. The raw images can also only be processed using Sigma’s Photo Pro software, which, while capable of excellent results, is lamentably slow and clunky. 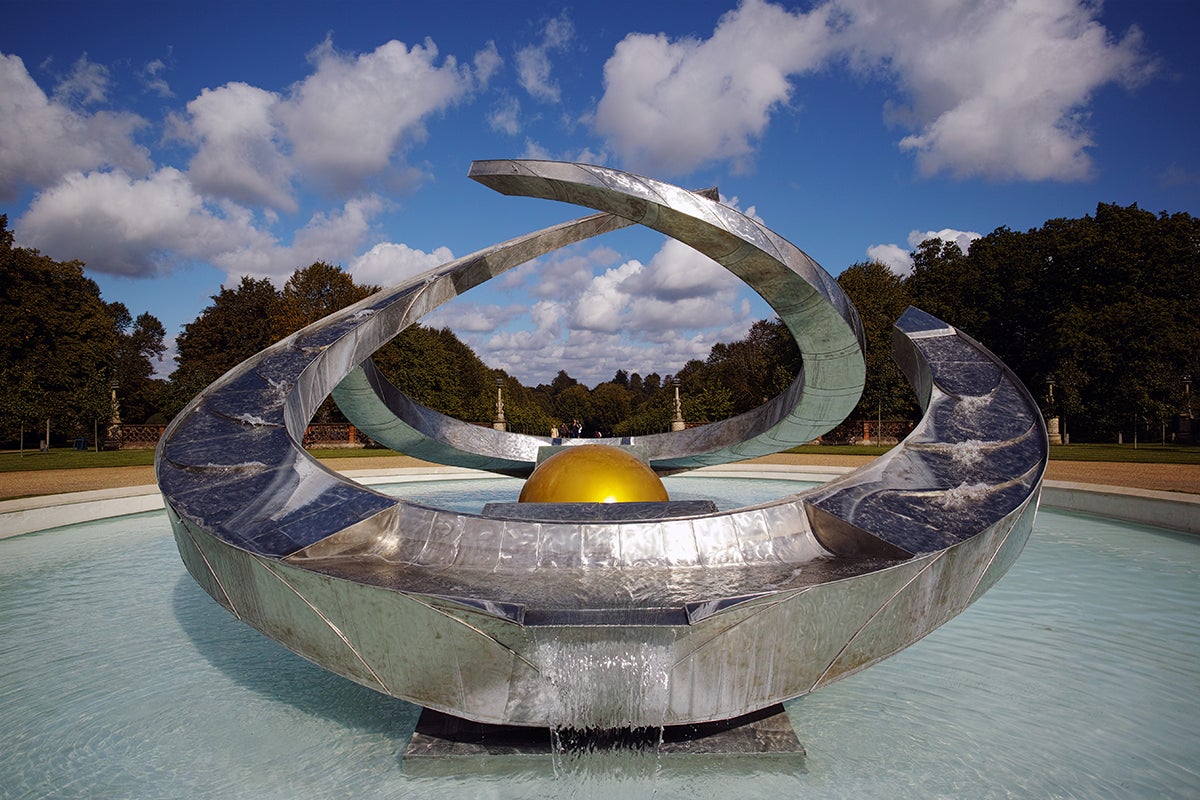 Externally, the dp0’s most prominent feature is its lens. It is physically huge, protruding almost 9cm from the camera body, and has a 58mm filter thread along with a bayonet mount for the supplied petal-shaped hood. With a 21mm equivalent wideangle view, it’s in no way a general-purpose optic, being best suited to subjects such as landscapes and architecture. This makes the dp0 a very specific tool, rather than an everyday snapshot camera.

There’s a top-plate hotshoe for auxiliary lighting, but no built-in flash. Images are recorded to an SD card that lives behind a rubber cover on the camera’s left side, which also conceals a USB socket that can accept a cable release. However, there’s no HDMI port, as the Quattro doesn’t record video.

There’s little to complain about in terms of build. The magnesium-alloy body feels solid, and operation is fast and responsive. Chunky twin dials on the top-plate are used to change exposure settings, and the lens has a large, smoothly rotating manual focus ring. Dedicated buttons are provided for focus mode, focus-area selection and autoexposure lock, and other key functions, including ISO, can be accessed quickly using the user-configurable QS (Quick Set) menu. There’s no exposure-mode dial, but instead a top-plate button allows selection from program, aperture priority, shutter priority and manual modes. 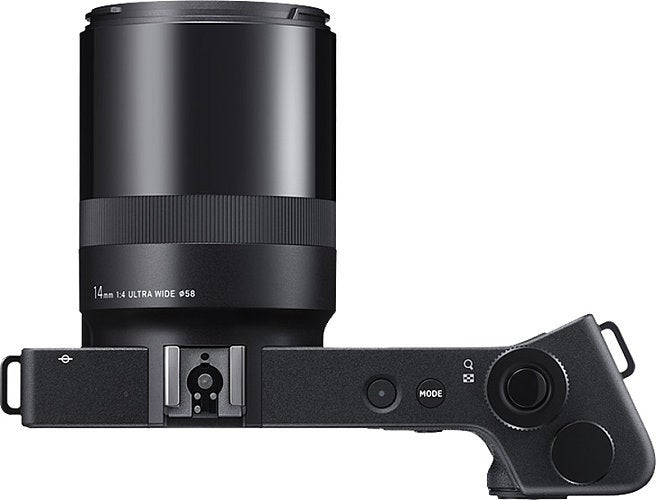 There’s no getting away, though, from the strangeness of that grip. It’s surprisingly good for carrying the camera around, and actually not too bad for shooting, although mainly because you tend to support the camera by the lens instead. Yet it doesn’t really improve anything compared to conventional designs, while adding bulk and demanding an odd-shaped space in a camera bag. It also induces a lot of thumb movement while changing settings, as the rear buttons are at two distinctly different depths.

On the Quattro’s back is a 920,000-dot, 3in screen. It’s sharp and detailed, and can show lots of useful information, including a live histogram and electronic levels display, but it’s neither articulated nor touch-sensitive. 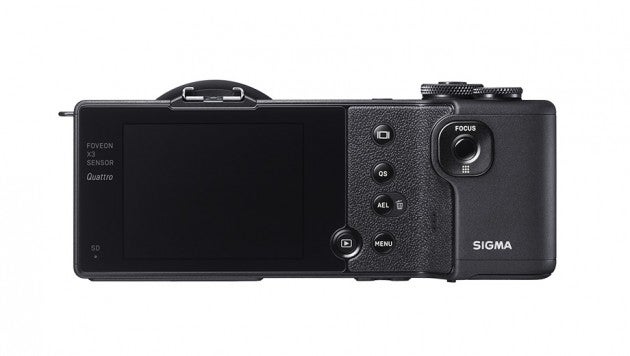 If you want to use an eye-level viewfinder, Sigma’s optional LVF-01 is a hood that bolts onto the camera via the tripod socket and transforms the LCD into a giant electronic viewfinder. This works surprisingly well, but makes the camera even more unwieldy.

Alternatively, you can use an optical viewfinder that slides onto the hotshoe. For this, Sigma provides a display mode that shows all the usual shooting information on the rear screen, just without the live view display. You can also turn the LCD off completely if you like.

In good light, the dp0 focuses pretty quickly and accurately. You can move the focus area freely around the central region of the frame, across about half the image width and height, or use a quicker-to-select nine-point mode. It’s possible to change the size of the focus box in three steps, and face detection AF is available. 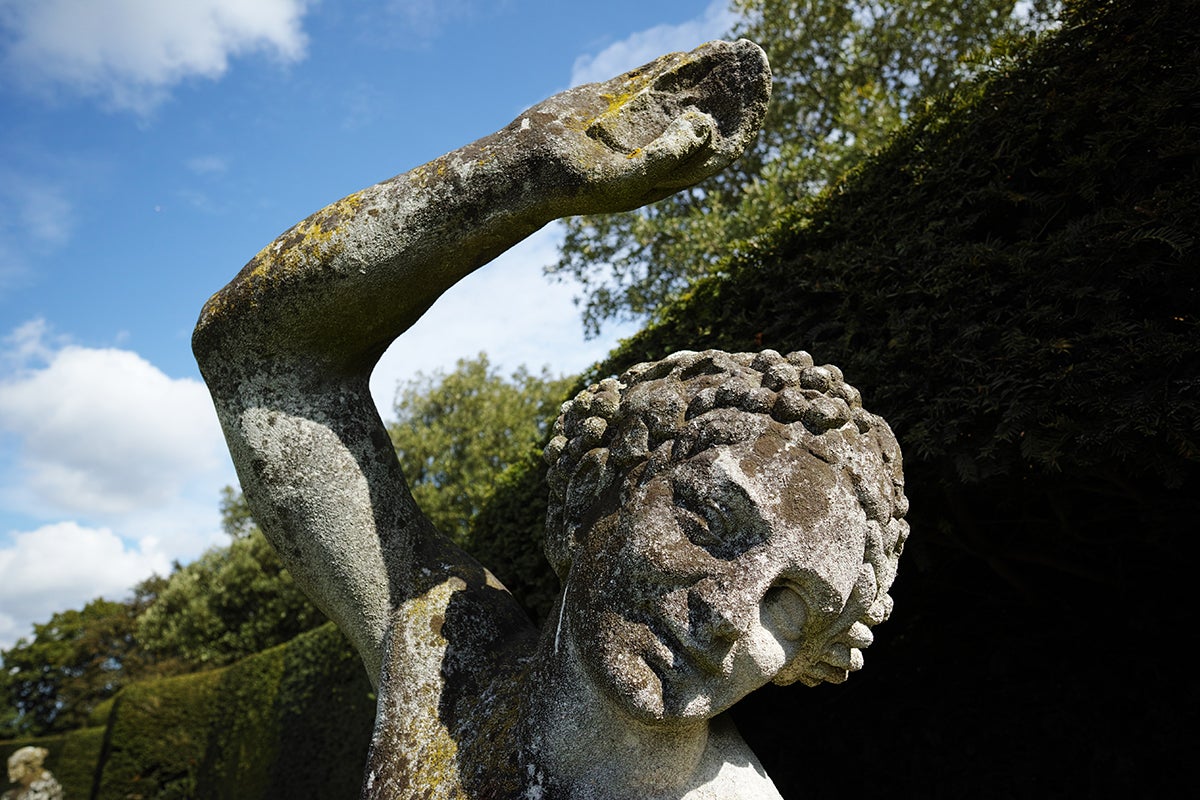 Under low-level artificial lighting, though, the Quattro’s AF starts to falter. In this case, switching to manual focus may well be the most reliable approach. This can be done quickly by pressing the up button on the D-pad, and a magnified view is available for accurate focusing.

When it comes to image quality, there’s really only word to describe the dp0’s output at its best: astonishing. The lens is superb, being stunningly sharp corner-to-corner even at f/4. There’s some green and magenta fringing towards the corners of the frame in JPEGs, but it can be corrected using a single check box when converting raw files. Barely any rectilinear distortion is visible, either.

At ISO 100-200, the camera’s output is very clean and phenomenally detailed Unfortunately, it also has serious noise problems at higher settings, and by ISO 1,600 the camera’s JPEGs become practically unusable. Raw files processed in Sigma Photo Pro give much better results, but ISO 6,400 should really be avoided. 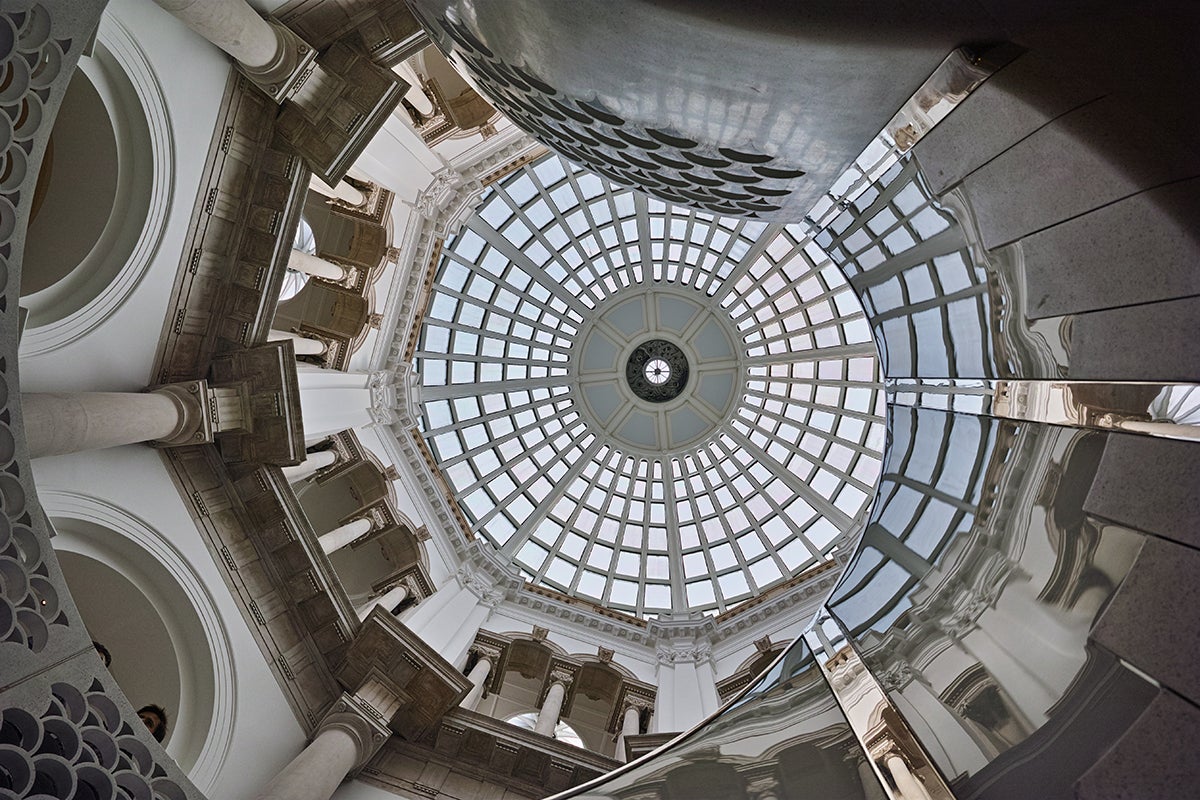 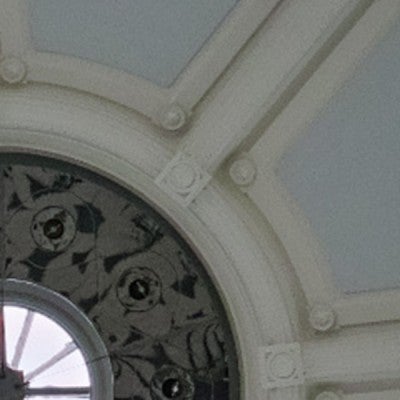 The dp0 tends to give generally well-judged exposures, previewing the exposure on-screen and offering a live histogram while shooting. So when you do disagree with the camera’s opinion, it’s easy enough to apply a touch of exposure compensation using the rear command dial. Alternatively, you can switch to spot metering using the QS menu.

Colour output is generally very attractive, being rich and vibrant without erring towards the overblown. There’s plenty of options for fine-tuning colour output, too. 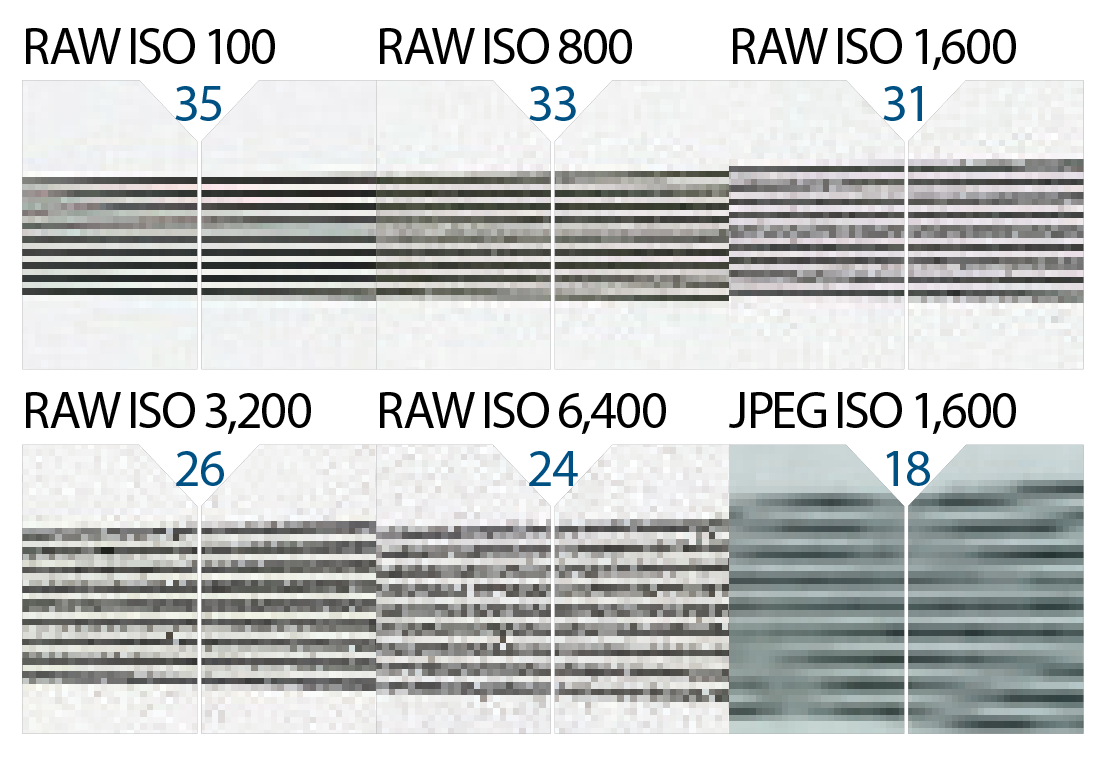 Our Applied Imaging dynamic range tests are designed for use with conventional sensors that use Bayer-pattern colour filter arrays, and we haven’t been able to extract sensible results from the dp0’s Foveon Quattro sensor. This means that we can’t present our usual dynamic range graph here.

In practice, however, the camera gives very acceptable dynamic range at low ISO settings. Sigma Photo Pro also makes it easy to get the most from the camera’s raw files, and routinely extracts noticeably more highlight detail than is recorded in the JPEGs without any user intervention at all. Sigma’s ‘X3 Fill Light’ slider does an excellent job of balancing highlight and shadow detail in converted files, and it’s possible to pull up a couple of extra detail in the shadows without the results looking over-processed.

At sensitivities of ISO 800 and above, though, there’s much less room to manoeuvre, as shadow regions become very noisy indeed.

At low ISO sensitivities the dp0 gives exceptionally clean, detailed images. But things start to go wrong at higher settings, and JPEGs are practically unusable at ISOs of 1,600 and above. Raw images aren’t so bad, but they show exceptionally high luminance noise. ISO 6,400 is very poor indeed, with visible banding and colour blotching. 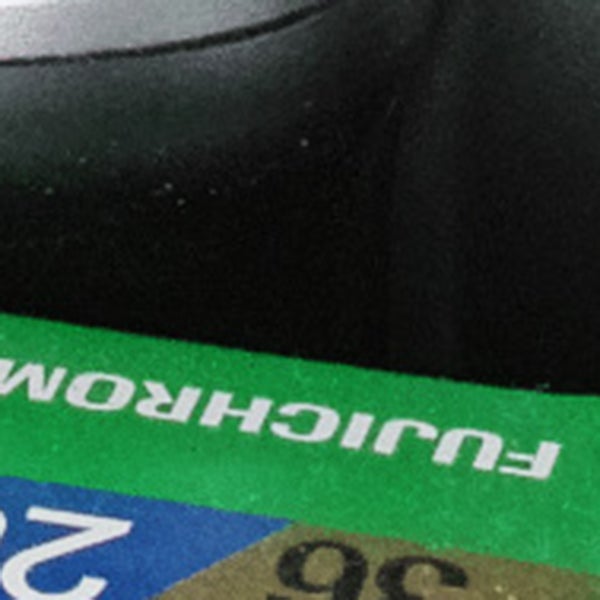 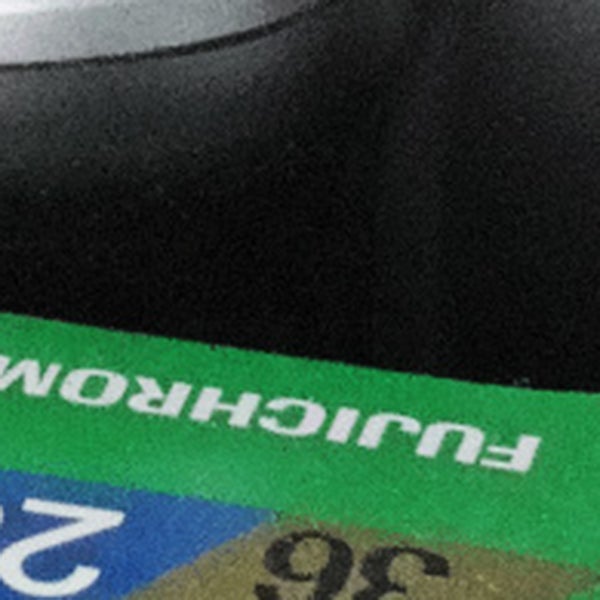 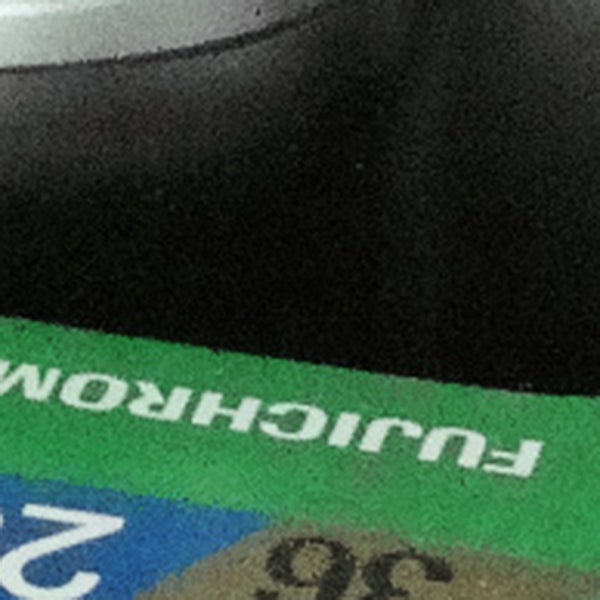 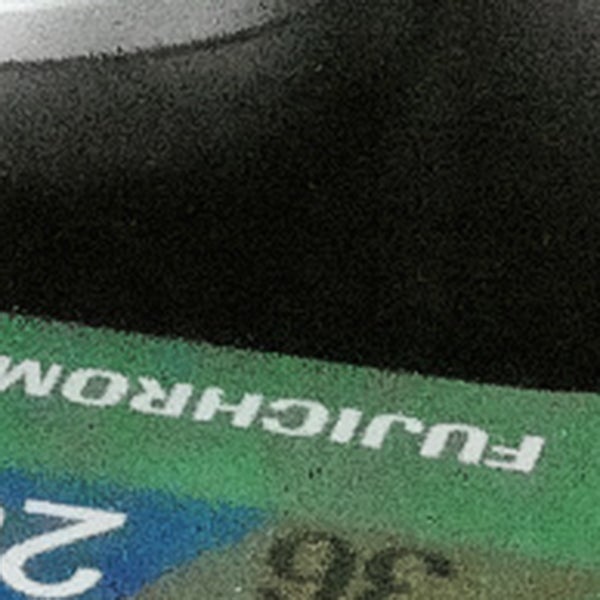 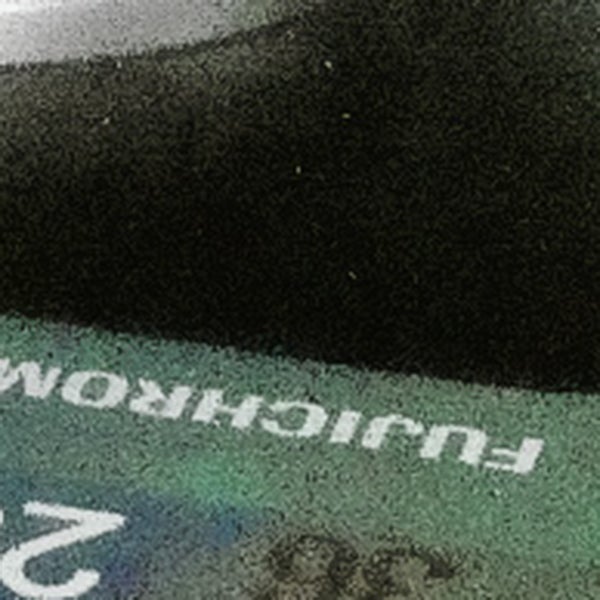 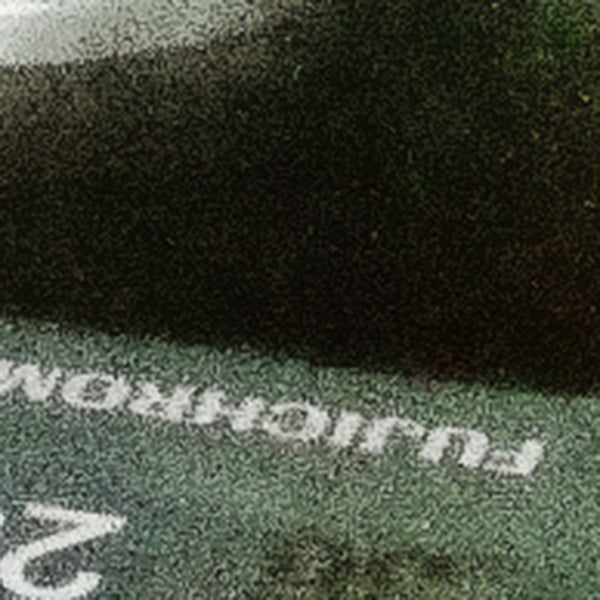 It’s clear that the Sigma dp0 Quattro is no ordinary camera. With its 14mm lens it’s even further from being a mainstream product than the rest of the Quattro range. However, this counts in its favour, because you’ll seriously struggle to find an ultra-wide lens that’s anywhere near as good for the price, with the possible exception of the Fujifilm Fujinon XF 14mm f/2.8R. Indeed, you’d probably have to put the £1,300 Zeiss Milvus 21mm f/2.8 on a high-resolution full-frame DSLR to beat it.

In fact, the biggest problem with the dp0 Quattro isn’t the camera itself. Instead, it’s the slow and awkward Sigma Photo Pro software that’s needed to work with its raw files, which you’ll need to use for best results. If you tend to shoot sparingly this may not be too painful, but if you regularly get home with scores of shots that you want to process, it won’t be any fun at all.

Despite this, if you’re a landscape photographer looking to work with lightweight kit, the Sigma dp0 Quattro becomes an extremely interesting option. The 58mm thread means it works with small, relatively inexpensive filters, and while you’ll often want to use a tripod to keep ISOs low, you can get away with using one that’s doesn’t weigh a ton. You’ll just need to work out how to fit its strange-shaped body into your camera bag.