Few lenses provoke genuine excitement in hardened photo journalists but Sigma’s new 18-35mm f/1.8 zoom is a very deserving exception. Not only does it feature a constant aperture across its zoom range but, for the first time ever, that aperture is a staggering f/1.8 from 18mm right through to 35mm.

A 2x zoom ratio may seem modest but when starting from a focal length as short as 18mm, and with an ambition to deliver optimum quality, this is a more than reasonable limitation. Being confined to APS-C (and smaller) sensors, the effective angle-of-view compared with full-frame capture is 27-52mm, which is less extreme but represents very versatile range from wide-angle to standard focal-lengths. 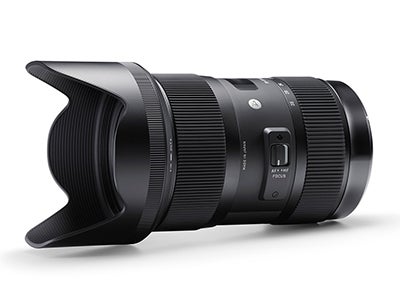 The zoom bears Sigma’s elite new “A” badge to indicate its premium design and as such follows in the footsteps of the company’s 35mm f/1.4 full-frame prime that scored an amazing 97% in WDC’s recent tests. Interestingly, the RRP of the f/1.8 zoom is exactly the same as that of the f/1.4 prime.
As is the case for the ultra-fast prime, the 18-35mm f/1.8 zoom looks a little plain at first glance: there are no gold lines or similar adornments and even the aforementioned “A” badge is distinctly understated. The front third of the barrel is filled with a generously wide manual-focussing ring that rotates through about 135 degrees when tracking from infinity down to 0.28m: the ring also rotates beyond these extremes via a clutch mechanism that has a very nice feel. 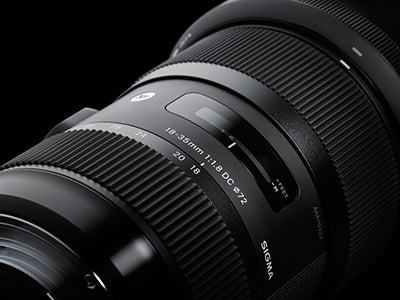 Not only does the “clunk” of the (soft) end-stops resonate to ears that were brought up on mechanical lenses but also it allows users to pre-set their lenses for extreme close-up and far-distant subjects before the camera is even raised to the eye. The manual-focussing ring remains static in AF mode but manual adjustments can be applied at any time and all focussing is internal, meaning that there is neither extension of the lens barrel nor rotation of the front element.

The centre third of the lens is home to a focussed-distance window with markings in both feet and metres, together with an AF/MF slider that displays a white panel when AF mode is selected. This feature was welcomed in the previous 35mm f/1.4 review as it provides an ultra-quick way to confirm the focussing mode without having to read the markings adjacent to the switch. This advantage may not be fully appreciated by readers with perfect eyesight but those who wear glasses for reading, and an even wider cross-section of people when the light level falls very low, would quickly recognise its value when using the lens in the field. This is a little touch that offers no drawbacks but indicates the lens designer’s ambitions to consider the needs of all users, not just the healthiest cross-section of buyers. 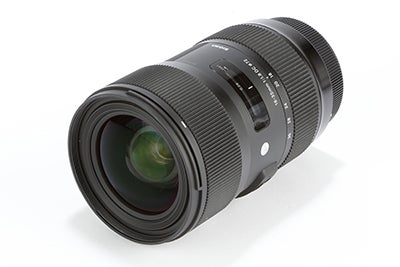 The rear of the lens contains the zoom ring, which sits well clear of the lens hood when the petal-type shade is reversed for storage. Given the modest zoom range, the rotation of about 75 degrees is ample to yield suitable control but the ring is placed slightly too far back to be truly comfortable in use. In addition, the mechanism felt a little stiff on the review lens. 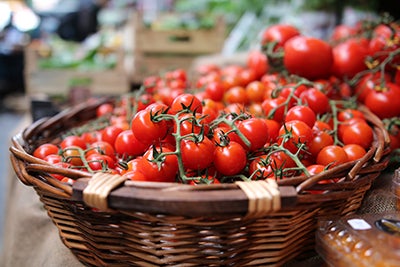 Technical testing produced a very strong set of MTF results that showed the zoom performs best at its longest focal length. That said, its performances at 18mm and 24mm were also very good and should not be taken as being in any way disappointing. It might be said that having lower (but definitely not “low”) resolution at the zoom’s maximum aperture could be a significant failing in a lens that is being sold on its maximum aperture setting but there was no evidence from field testing to suggest that users will detect any visible sign of this slight dip.

Similarly, although technical testing revealed a hint of chromatic aberration at 18mm (and the tiniest residue at 24mm too) there were no signs of colour fringes in any real-world pictures. Distortion was equally well controlled, with just the faintest trace of barrel curvature at 18mm and converting to an equally negligible amount of pincushion distortion at 35mm. 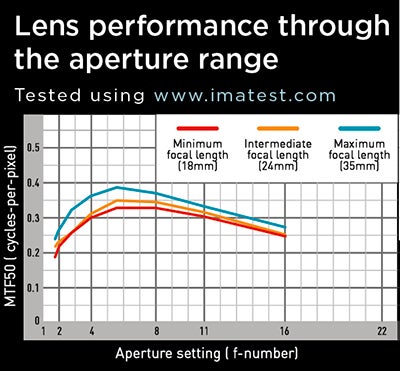 MTF curves for all three focal-lengths sat aboce 0.3 cycles-per-pixel from f/4 to f/11 and only dipped slightly below the important 0.25 cycles per pixel threshold at the widest aperture. Optimum performance is obtained between f/5.6 and f/8, with sharpness improving as the focal-length is increased. Between f/4 and f/11 the zoom’s resolution exceeds 0.3 cycles-per-pixel at all focal lengths.

In the field the biggest plus-points were the ability to take pictures in low-light conditions and the eye-catching nature of the close-range pictures that could be created: the most noticeable drawback was the considerable weight of the lens. There were a couple of occasions when focussing didn’t turn out to be completely sharp, despite the in-focus indicator having been lit, but it is impossible to say whether that was caused by the lens itself or the host camera body used for this test (Canon EOS 50D). Nevertheless, we are only talking here about a slight loss of “bite”: at no stage were any pictures taken that could be described as being specifically unsharp. 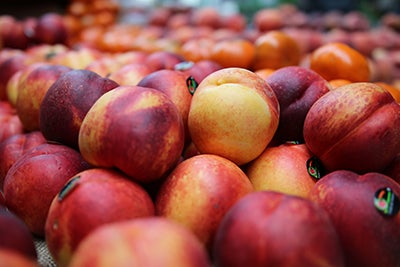 Perhaps the best news of all about this lens is its price. It would be easy to assume that a lens as revolutionary and quality-rich as this would easily tip £1000 but in fact Sigma has positioned it comfortably below this and street prices can be found for a little as £649.

Unless something truly incredible is waiting around the corner, Sigma’s 18-35mm f/1.8 A-series lens will surely be the wide-angle zoom of the year for 2013.