By modern standards, the energy label’s claim of 42dB isn’t actually that quiet – and we thought it would be remiss of a fine German engineering brand such as Siemens to give away a couple of decibels to Korean rivals.

So it came as little surprise to discover that the KG36NHI32’s output was no more than 40.9dB maximum when the compressor was running, with the average noise output sitting at just 40dB.

We undertook the tests over several days, and on each occasion achieved similar results. 40dB is barely audible in a daytime kitchen; you might just hear it running in the kitchen in the still of the night, though. 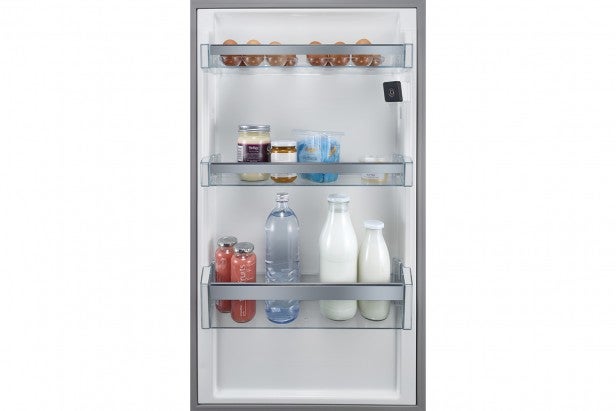 We set the fridge thermostat to 4oC and the freezer to -18oC. The fridge is kept in a fixed ambient temperature of 19oC and the doors are opened six times a day for 20 seconds at a time. Arguably, thanks to the KG36NHI32’s cameras, you could actually stop opening your fridge door simply to check your supplies.

The engineering of this modern refrigerator uses a fairly long 70-minute compressor cycle, relying on the unit’s outstanding insulation to retain the cold air in the “off” part of the cycle. This is an energy-efficient method of keeping your food cool, particularly in the freezer, but it does mean that the fresh-to-frozen time tends to be slower. Sure enough, our room-temperature water sample reached -18oC at the core in exactly 24 hours. This is a few hours longer than the very best, but still respectable.

Otherwise the freezer compartment offers consistent results, with barely any difference in temperature between all three shelves, which is an excellent result.

All three averaged -18oC, fluctuating just +/- 2 degrees either way during the compressor cycle. The frozen food sample maintained -18oC throughout. It was similarly good news in the three-hour fail test. During this period, the internal air temperature went up to -12oC, while the food core rose to -13oC. This would give this Siemens a food safety limit of well over 12 hours without any detrimental effect on your frozen food. Only A+++ (triple-plus) models with thicker or super high-tech insulation would fare better than this. 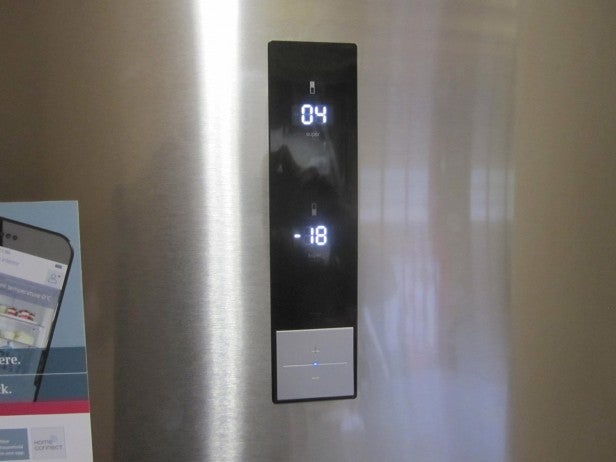 All of the open fridge shelves, save the top shelf, wavered just a degree either side of the average temperature, with the top shelf nearest to the main cooling vent seeing a larger swing of +1.5/- 2.0oC. This remains an excellent result indeed. Both of the storage drawers were even more stable, varying just half a degree either side of their average temperature. Perfect for keeping the contents in tip-top condition for as long as possible.

While the top-line average temperatures of 5 and 6oC sound far from ideal, the actual issue is simply an inaccurate thermostat rather than the abilities of the fridge itself. Nudge the thermostat down a couple of degrees and you’ll achieve an even 4oC throughout the fridge, with the meat drawer averaging 3oC and dipping to nearer 2oC at the coolest part of the cycle. While not exactly zero, it’s fairly close without the danger of frost damaging your food.

In fact, this Siemens turns in an excellent technical performance as long as you ignore the fridge thermostat and opt for a slightly lower temperature than indicated. Add to the cost of this fridge freezer the price of a decent fridge thermometer and you won’t go far wrong.

With the thermostats set to +4/-18oC throughout the main tests, we measured the energy consumption over several days. We calculated running costs to be around 263kWh per year. This compares favourably with the 258kWh claimed by Siemens and stated on the energy label. These figures equate to running costs of around £39 per year using an average electricity price of 15p/kWh – pretty much spot on for an A++ machine of this capacity.

We ran further energy tests with the fridge thermostat set to 2oC (nearer 4oC actual measured average fridge temperature) to see how much difference this made to running costs. The answer is very little. Clearly, the temperature of your kitchen and how you use the fridge will have a far greater effect on energy use than knocking down the thermostat by a few degrees. 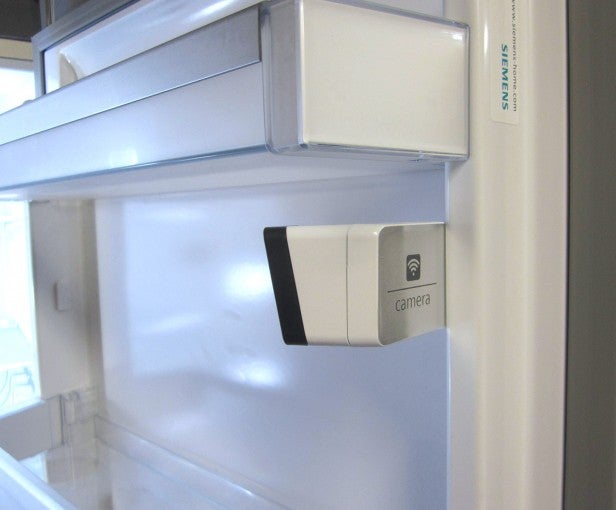 Should I buy the Siemens KG36NHI32?

The KG36NHI32 is a stylish, technically superb fridge freezer with an outstanding – or potentially pointless – key feature. Internal cameras that make your fridge contents visible from anywhere via any smart device may not be essential new tech for everyone, but for those who love gadget-based convenience it’s an absolute winner.

This Siemens model is a comfortable 4.5 star product; it drops the half star for a thermostat that shoots rather high.

A slightly inaccurate thermostat takes the final gloss off what is otherwise a fantastic fridge freezer that has plenty of potentially useful techie tricks up its sleeve.