As we’ve said more times than I can count, bundled earphones supplied with portable media players are (almost) inevitably awful. Sadly, there are too many non-discerning users out there who, frankly, don’t give a damn how good or bad their earphones sound and wouldn’t justify spending £10, let alone £100 on an upgraded pair.


While their argument has some weight to an extent, enjoyment of music isn’t entirely dependant on the reproductive quality, it’s a simple fact that if you listen to a song with a better pair of earphones it will sound better – it really is as uncomplicated as that. It’s pretty much par for the course that the more you pay, the more you get, too.


Luckily you don’t have to spend a huge amount of money to get a decent pair of earphones. Personally, I’d recommend most buyers look in the £70 region because that’s where the best selection, in terms of price versus performance, sits. At this price point you’ll be looking at single-driver stuff, but if you want to be more discerning a £70 budget is a ludicrous proposition. Best of all, in the single-driver ballpark, pretty much the entire crème de la crème of the market sits under £80. 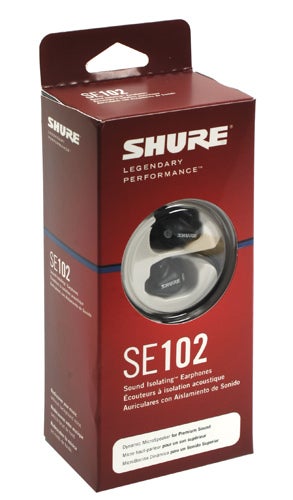 At such a price point, then, we have the Shure SE210s, the Philips SHE9850s, Ultimate Ears super.fi 4s and the comply NR-10s, to name but a few. Between them they offer enough range to suit anyone’s musical tastes. And if you take my word for it, the Philips SHE9850s were probably the pick of the bunch.


The reason I’m using the past tense there, if you noticed, is that Shure has a new set of single-driver earphones. They’re called the SE102s and for the £70-odd you can pick them up for online right now, they are pretty much a must buy. I kid you not, Shure is well and truly back with a vengeance.


It must be admitted that Shure has made a few trade-offs to get this quality of earphone at such a low price. But, and this is a big ‘but’, the compromises that have been made, are applied to the right areas and aren’t likely to be noticed by anyone buying into this price point.

Shure’s first departure from its norm with the SE102s is a pretty obvious one; the design is entirely unlike anything preceding it. The business part of the earphone is a fair bit shorter, a bit fatter and the cable now runs from the middle, not the end of the earphone. As a result, the SE102s actually fit a bit more snugly in the ear, as they more closely mimic its shape. As Shure’s design has you run the cable over your ear and then down the back, setting the wire in the middle means it protrudes less.


More annoyingly this change of design also extends to the ‘sound channel’ than actually protrudes into the ear canal. This is now far wider, meaning that no older Shure model’s tips can be fitted to the SE102s. If you’re replacing a set of SE210s, for example, you’ll be throwing away your old tips. 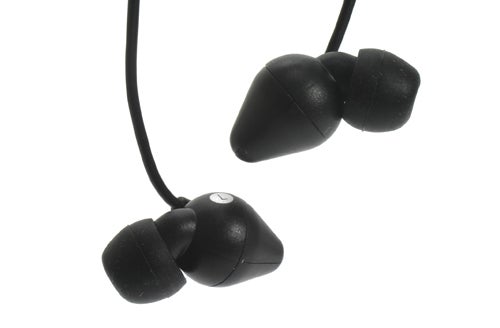 That’s an especially relevant point because Shure only supplies silicone tips in the box, which while pretty comfortable, can never quite rival the fit of a nice pair of foam alternatives. Third parties, such as Comply, will in all likelihood have their own tips on offer in the near future, but as a fan I’m disappointed they’re not available off-the-bat, so to speak.


Having said that, even with silicone tips, the SE102s really are extremely comfortable to wear. The new design seems to enable the SE102s to nestle into the ear in a way even Shure’s previous (very comfortable) range couldn’t manage. Or so I think, asking around there are others whose opinions don’t mirror mine. As ever, if you can try a pair before you buy to see if they suit, all the better. 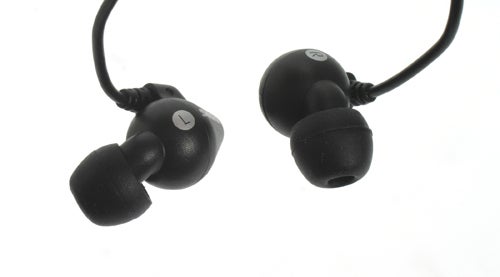 Shure has stuck to its traditional modular design with the SE102s. As ever the longer part of the cable is thicker than the average cable, adding to the general feel of sturdy build quality. Incidentally, the plastic over the 3.5mm jack is cut out to fit a first gen iPhone, in case that’s a consideration.


Overall, the SE102s fully live up to Shure’s established reputation for building quality products. The only real downside of the new design is the move from a two-tone colouring to a single black plastic casing, but aesthetics are such a minor consideration when talking about earphones that it’s hardly a huge problem.

The biggest consideration, obviously, with a pair of earphones is sound quality and here the Shure SE102s excel. It’s been a long-standing fact that Shure’s earphones simply cannot be beaten on clarity and that definitely hasn’t changed. However, the SE102s don’t suffer from the same problem as their predecessors, because this clarity no longer comes with the trade-off of a slight lack of bass.


Having fallen into a spate of Green Day nostalgia recently (and why not?) I decided to fire up Insomniac, probably my favourite album, for a quick listen through. The brilliant Brain Stew proved a great demonstrator of the punch and clarity Shure’s SE102s provide, the main guitar riff blending perfectly with the vocal overlay, without any loss of detail in either, even when the drums kicked in. 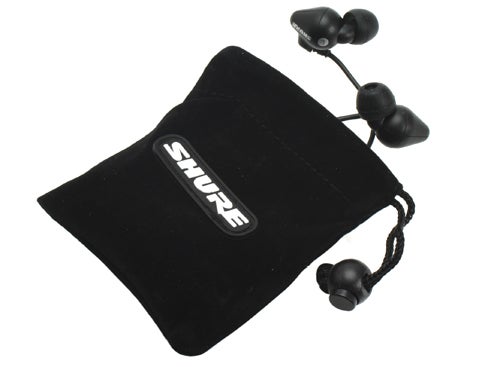 Sticking with Green Day, but moving onto the eminently well known Good Riddance (Time of Your Life) and the SE102s are equally pleasing. Billy Joe Armstrong’s vocals standing out from the acoustic guitar and strings in the background fantastically well for what are, after all, only single-driver earphones. Doubtless, feeding the Shure’s lossless audio files was some help in getting the best from them, although a 320kbps MP3 of the same file sounded pretty darned good, too.

The End is the Beginning is the End by The Smashing Pumpkins, which you’ll probably recognise from either the Batman & Robin soundtrack, or the recent Watchmen trailer is a great track for showing up the deficiencies of lesser earphones. The SE102s performed admirably though, even managing to reproduce the subtle background buzzes, crackles and ticks often lost in the mix with lesser earphones, all of which add to the song’s rich atmosphere. 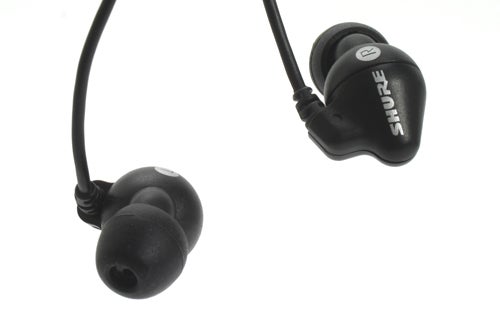 What’s interesting about the SE102s is that despite being a replacement, in principle, of the bottom-end SE110s, they have performance almost on par with older Shure ‘phones which cost almost twice as much. What’s particularly exciting about that is the potential improvements once the rest of Shure’s range sees a refresh, which it is surely due.


Shure was never likely to disappoint us with its new entry-level earphone offering and such an expectation was more than justified. Summing up the Shure SE102s in a single sentence is ridiculously easy. If you have £70 to spend on some earphones, buy the SE102s – it really is that simple.