Weird-looking for sure, and while the market is not short of choice where expensive true wireless in-ear headphones are concerned, the Shure Aonic 215s belong in the ‘really, really good’ category with a splendid audio performance

If you, like me, felt a bit queasy at the sight of the original Apple AirPods – they looked unfinished, didn’t they? Or a bit like they were leaking from the wearer’s ears? – then we have a real treat for you here in the Shure Aonic 215.

I’m not suggesting for a second that Shure’s Aonic 215s – the venerable company’s first stab at a true wireless design – sound anything like as impoverished or unpleasant as those first AirPods. But they’re – how best to put this? – unique lookers. Idiosyncratic in appearance, maybe.

Despite this, though, the launch of some wireless Shure in-ear headphones is a cause for celebration. After all, this is the company that’s spent literally decades turning out some of the flat-out best-sounding headphones (of all types) on the market. If Shure can’t extract winning sound from its first true wireless model, what chance do the bulk of its nominal rivals stand?

Up to a point, it’s Shure in-ear business as usual here. The company’s long favoured a monitor-style ‘twist to fit’ design for its in-ear models and the Aonic 215s are no exception. There is quite a wide selection of ear-tips included in the big circular box the Shures come in, and once you’ve identified the ones that suit you best then the 215s fit snugly and comfortably.

Shure’s wired in-ear models route their cables over and behind the wearer’s ears. The Aonic 215s feature substantial wireless antennae (Shure refers to these as the ‘True Wireless Secure Fit Adapter’), and they follow the same route: over the ear and behind, where each terminates in an unpleasantly bulbous control button.

The Secure Fit Adapter/antennae serve to keep the 215s secure, certainly, and they’re very effective at maintaining a wireless connection to a source player – not once during what has been a pretty extensive test did the Shures even come close to letting go of their wireless grip on the incoming signal.

But for me, at least, there’s altogether too much by way of antennae here. They manage to make the 215s look almost as unfinished as those original AirPods did, but there’s something vaguely medicinal or therapeutic about the appearance of these antennae, which serves to make the wearer look like there might conceivably be something wrong with them. I’ve been out in public wearing some fairly outré headphones, I don’t mind admitting – but I’ve never felt so self-conscious as when wearing the Aonic 215s.

Like Shure’s ‘SE’ in-ear headphone range, the Aonic 215s are a detachable design. That’s to say the earbud itself can be detached from the Secure Fit Adapter – which is good news for a couple of reasons. It means a faulty antenna or earbud can be replaced without having to junk the entire product and start again. That allows any owner of a pair of wired ‘SE’ headphones can transform them into a true wireless design by merely buying the Secure Fit Adapter (£209).

Otherwise, there’s not a lot of ‘design’ worthy of the description going on. The Aonic 215s can be had with earbuds in black, white, blue or clear… and that’s about your lot.

Because it’s simple to fit the 215s snugly yet comfortably in the ear, Shure describes them (as it does the bulk of its wired ‘SE’ models) as a ‘Sound Isolating’ design. And it’s certainly true to say that extraneous sound is much diminished when the 215s are correctly in place – even without music playing.

Of course, with a go-anywhere wireless design, it’s not always ideal to be oblivious to external sound – so a couple of quick presses on either ear’s control button engages ‘environment mode’. This usefully boosts the sound of the outside world, which is handy if you’re going to take advantage of the stability of the Shures’ fit by wearing them while exercising or similar.

The control buttons are also used for power on/off, Bluetooth pairing (the Aonic 215s use Bluetooth 5 with aptX, SBC and AAC capability), play/pause, answer/end/decline call and to summon your voice assistant. Button action is positive, and the Shures prove responsive to commands.

Bluetooth is the most obvious method of getting content into the Aonic 215s, but it’s possible to exert a little more control over the Shures than that offered by your favourite streaming service by using the Shure+ PLAY app (free for iOS and Android).

By the time this review is published, the app will have undergone several updates to allow greater customisation of the headphones’ noise-isolation and ‘environment mode’. However, during the test, it proved handy for importing and administering music stored on a computer and has several EQ presets with custom audio settings also available.

It looks quite nice, too, and is logical enough to navigate. But it proved unwilling to play FLAC files and was prone to crashing (or ‘not responding’) quite a lot more than is acceptable. But, as I say, Shure seems confident that the updates timed for when the Aonic 215s go on sale will result in a better experience.

Once audio content is on board, it’s delivered by a single high definition microdriver in each earbud. Shure isn’t exactly making with the details here, either of driver size or material – but this is Shure we’re talking about. If there’s a company you can trust to do the right thing where critical hardware like transducers is concerned, surely Shure is it.

Battery life is very acceptable at eight hours from a single charge. And there’s a further three full charges contained in the carrying/charging case – this is a hard, zip-fastening case that’s plenty robust enough to keep your headphones safe even if they’re in the bottom of a bag with stuff piled on top. Charging the headphones while they’re in the case happens via USB-C.

Time to put the whinging about oddball looks and flaky apps to one side. The Aonic 215s are more than capable enough to do justice to their manufacturer’s heritage and reputation – which means they’re high among the very best sounding £250-300 true wireless in-ear headphones around.

Power up by pressing the right control button, and then put into pairing mode by continuing to press. Once the right earbud announces it’s paired, press the left control button to bring that ear into play. And then it’s sonic satisfaction all the way.

A TIDAL Masters file of The Raconteurs’ version of Donovan’s Hey Gyp (Dig the Slowness) sounds entirely fulfilling and does enough to demonstrate every aspect of the 215s’ talents.

Bass sounds are deep, rapid and loaded with detail of texture and technique – the difference between a bass guitar string activated by a finger or by a plectrum is made perfectly obvious. The multi-tracked vocal in the midrange is equally informative and sounds equally natural – even though at least one of the voice tracks sounds like it’s being sung through a harmonica microphone.

Treble sounds are bright and substantial, with plenty of shine and bite but none of the hardness that can sometimes accompany characteristics like this. And they’re as effectively controlled as the rest of the frequency range – attack and decay are described fully and in the most convincing manner.

The entire frequency range is skilfully balanced, and sweeping from the deepest notes of The Avalanches’ We Will Always Love You to the highest is smooth and even-handed. The deepest notes are pretty deep in this recording, but Shure’s claim that the 215s can dig down to 21Hz suddenly doesn’t sound as fanciful as it did when simply reading the spec sheet.

Everything that happens takes place on a broad, well-defined and coherent sound stage – the 215s manage to make recordings sound simultaneously intimate and wide open. They pay sufficient attention to low-level dynamics to make timing sound sympathetic and instinctive, and have enough heft to make the broad dynamic shifts from ‘quiet’ to ‘loud’ and back again happen promptly.

Despite a completely unremarkable 17ohms impedance rating, some may hanker after a little more out-and-out volume from the Aonic 215s. But as far as audio shortcomings go, that’s about it. This is a great sounding pair of headphones, with more than enough talent to make every listen last longer that it was meant to.

You want excellent wireless sound: You are not short of choice where expensive true wireless in-ear headphones are concerned – and I’m convinced the Shure Aonic 215 fall into the ‘really, really good’ category.

It looks too weird: The bug-like antennae are weird and will likely put some off considering it makes them look as if they’re unfinished in some way.

Weird-looking for sure, and while the market is not short of choice where expensive true wireless in-ear headphones are concerned, the Shure Aonic 215s belong in the ‘really, really good’ category with a splendid audio performance 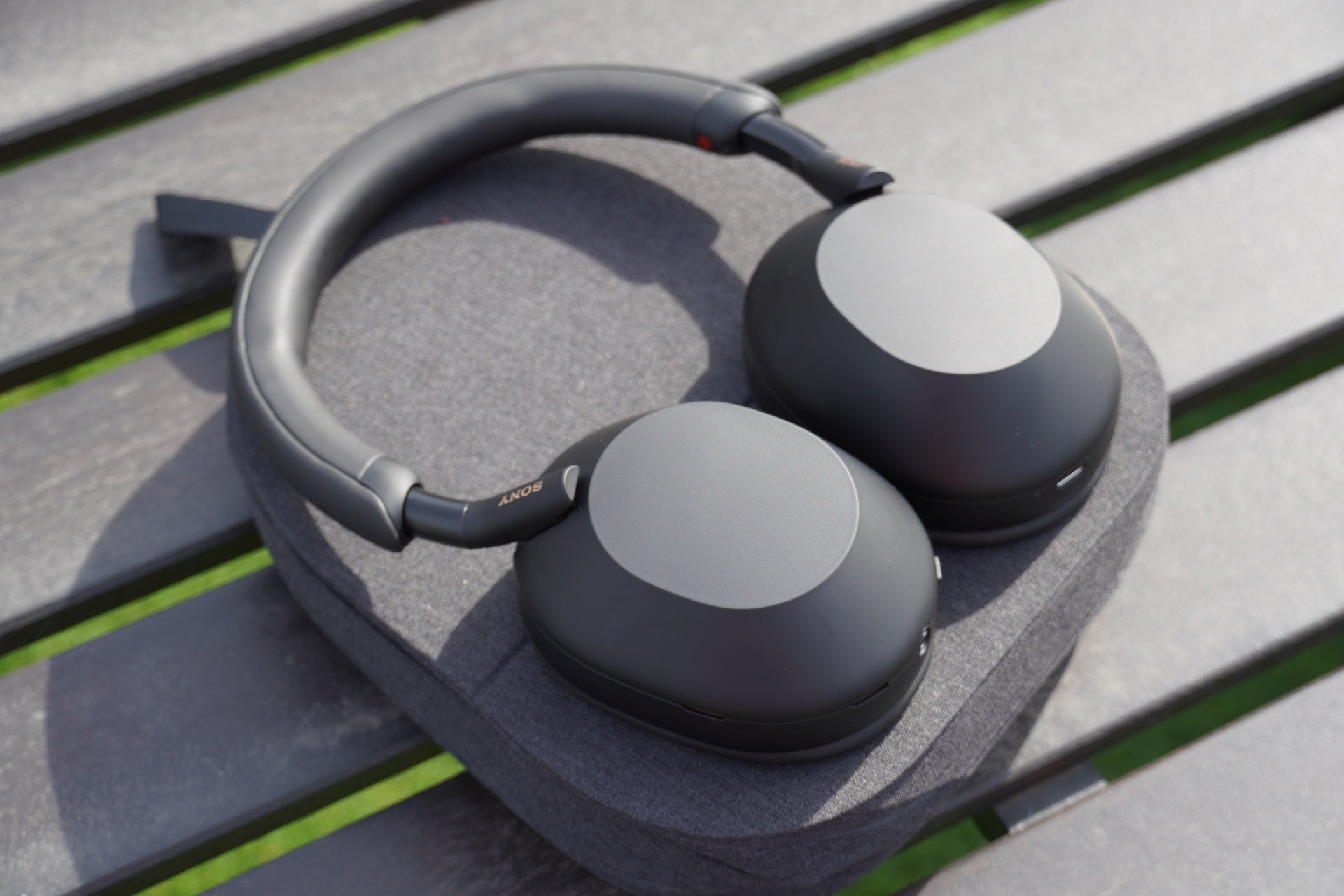