Finding 100Hz processing on an LCD TV is generally a good thing. After all, it’s a premium feature designed to address LCD technology’s oft-reported problems with presenting motion in a picture without losing resolution, suffering smearing, or both.

However, all 100Hz systems aren’t equal. The processing required to double our usual PAL refresh rate from 50 to 100Hz is actually quite complex, and it’s a simple fact that some brands have developed better processing algorithms and apply more powerful processors than others.


Sadly Sharp provided an all-too-obvious display of just how badly 100Hz can go wrong with its debut 100Hz LCD TVs, the RD2E series. To be frank, the picture on these TVs was a mess. For instance, Sharp seemed to have seriously overcooked the 100Hz effect, smoothing motion out to such an extent that it actually started to look unrealistic and even, at times, quite nauseating. 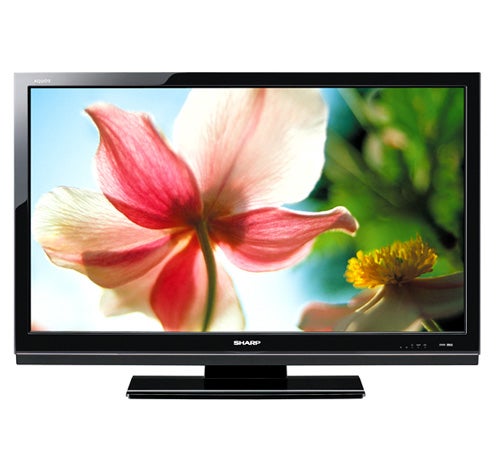 There were also numerous glitches in the processing’s effects, not least a truly bizarre artefact that caused the appearance of no less than three simultaneously visible ‘ghost’ images of small, fast-moving objects like cricket balls. Yikes!


Not surprisingly we advised you to avoid these supposedly premium models like the plague and stick instead with Sharp’s cheaper XD1E models if you really had your heart set on an LCD TV with a Sharp logo on it.


And that lengthy introduction brings us finally – and with some trepidation – to the subject of today’s review: Sharp’s LC-46LX2E, complete with second-generation Sharp 100Hz engine. Will this new 46in TV prove that Sharp has learned from its previous mistakes, or will it be as much of a non-starter as its predecessors?

If we could judge it by its ‘cover’, the 46LX2E would be about as far from being a non-starter as it’s possible to get. For the application of a sultry, slightly raised smoked glass ‘cover’ over the already natty slim black bezel really does make it a sight for sore eyes.


It’s pleasingly well connected, too. Three HDMIs lead the charge, all built to the new Deep Color-compatible V1.3 specification, and all capable of receiving 1080p/24fps feeds from the majority of today’s Blu-ray players. But also of note are a component video input to complete the HD Ready requirements, a D-Sub PC port, an RS-232 port for wired control within a wider AV system, and a digital audio output.

Aside from its 100Hz engine, the 46LX2E’s main specifications find a full HD resolution, and a claimed maximum contrast ratio of 10000:1. This latter figure is, of course, very high by LCD standards. Though it is, as ever, only possible via a dynamic backlight system that reduces the picture’s brightness during dark scenes to limit the amount of greyness that can ‘infiltrate’ the picture’s darkest areas.


Also significant to the 46LX2E’s picture performance is some dedicated anti-judder technology for making motion pass across the screen more smoothly; a Film Mode which tweaks the set’s progressive scan processing to better suit movie as opposed to video sources; and a sensor on the TV that works with on-board processing to adjust the pictures to suit the current ambient light conditions of your living room. 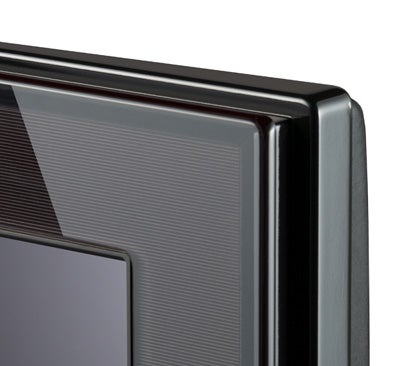 Given that we’re unabashed HD gaming fanatics here at TrustedReviews, we were pleased too to find a dedicated Game preset that keeps the image processing to a minimum to minimise the potential for ‘screen lag’. And finally audio has certainly not been forgotten, with the inclusion of the SRS TruSurround pseudo surround sound system together with a Clear Voice element designed to keep vocals clear even when there’s a maelstrom going on in the rest of the soundstage.


How well the 46LX2E performs depends very much on what you feed it. Which is to say that it’s quite superb as an HD monitor, but only solid as a standard-def TV.

Starting with that HD performance, the Blu-ray of Casino Royale has seldom looked better. For starters the image is pin-sharp, especially if you call in the provided ‘Dot by Dot’ mode which removes all overscanning from the image. You can see individual details in the stone work of St Mark’s Square in Venice, for instance, that just don’t show up on lesser LCD TVs.


Significantly the sort of clarity and texturing just described only drops off a little during action scenes like the opening Free Running sequence, too. This relative freedom from LCD blurring has to be down at least in part to the 46LX2E’s 100Hz engine. What’s more, the 100Hz effect here is for the most part both natural and artefact free, marking a massive improvement over Sharp’s previous OTT 100Hz LCD efforts. Phew!

The 46XL2E also grabs your attention positively with its colours, which are vivid and for the most part eminently credible in tone, even during the extremely vibrant Casino Royale scenes in the Bahamas.


Yet more good news can be seen in the set’s black level response. Numerous previous Sharp TVs have suffered a slightly blue tone to the blackest parts of their pictures, but here Casino Royale’s opening black and white scenes display some of the best blacks seen on any LCD from any brand. Especially as the blackness doesn’t seem ‘forced’, in that dark areas still retain decent amounts of the shadow detailing that helps give dark scenes a sense of depth.


With practically no video noise to speak of in HD images either (except where it comes from a source), I really can’t praise the 46XL2E highly enough as an HD monitor. 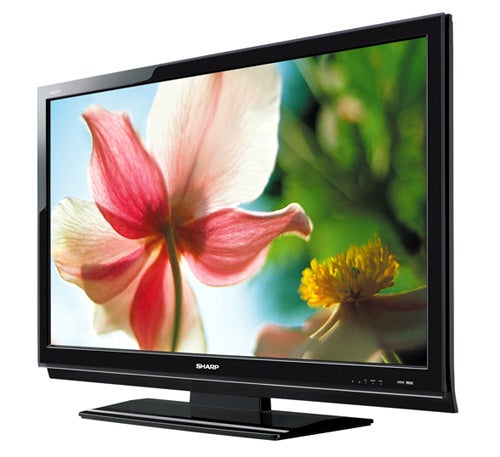 Pity, then, that its standard definition pictures aren’t in the same league. Seriously, switching between a Sky Movies HD and standard def Sky Movies showing of, um, Ghost Rider was like switching between two different TVs. While the HD image looked outstanding, the standard def one looked slightly fuzzy, rather soft, and possessing of one or two quite curious colour tones, especially – though not exclusively – where skin is concerned.


I should also say now that we’re talking negatives that actually Sharp’s 100Hz processing has arguably gone all the way from being ludicrously overcooked last time out to slightly too genteel here. Though there’s no doubt that overall the 100Hz/natural pictures balance is far better on the 46XL2E and is now only a fraction from perfection.


One other area where the 46XL2E didn’t exactly blow me away was with its audio. The whole soundstage appears very cramped within a disappointingly narrow dynamic range, so that trebles can sound over-dominant and sibilant, vocals can sound a little thin, and bass sounds ‘poppy’. On the upside, the set can deliver more volume and soundstage width than you might expect given its dynamic range issues, but it’s still only average overall.


As an HD monitor for, say, a dedicated home cinema room, the 46LX2E is a stunning option. Especially given that it seems an absolute steal with its sub £1200 price tag. But if you’re looking for a more all-round set that’s as happy with standard def as HD, its rather uninspiring standard def performance may just make you pause for thought.