While Sharp’s 60LE925E might not be the first 60in+ 3D TV we’ve seen, it’s arguably the most intriguing. First, it’s Sharp’s very first 3D set, sneaking out months ahead of smaller 3D screens slated for release next spring. So it should give us a perfect first impression of Sharp’s 3D abilities – especially since its extreme size will leave no hiding place for picture weaknesses.


Next, the 60LE925E marks the debut of another potentially critical TV feature first for Sharp: online functionality. Then there’s the fact that, very unusually, the 60LE925E carries an in-built 8GB hard disk drive onto which you can record, in perfect quality, programmes shown on the set’s TV tuner.


Finally and potentially most significantly, the 60LE925E sees the return of an old friend: Sharp’s unique Quad-pixel or ‘Quattron’ technology, where yellow sub-pixels are added alongside the usual red, green and blue ones. We were rather taken with this tech when we first saw it on Sharp’s LC-46LE821E, and we’re really intrigued to see how it translates into a third dimension. 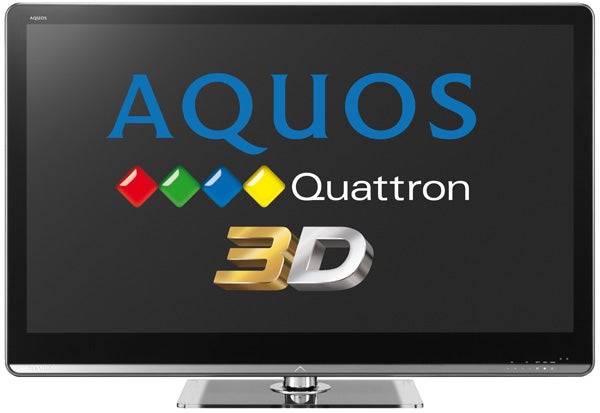 The home for Sharp’s 3D debutante is a very elegant one. The black bezel sits on the same plane as the screen, and a cute metallic outer trim curves round each of the screen’s sides. The finishing touches comes from a seriously cool table-top stand that makes great use of smoked glass and chrome, with the only downside being that the glass sheet across the screen’s front can be reflective of direct light.


Turning to the 60LE925E’s rear, we find four HDMIs built to the v1.4 spec so they’re compatible with alternate frame 3D technology. These are joined among other things by a USB port and an Ethernet port, with the USB able to play JPEGs, MP3s and DivX HD video files or make the TV Wi-Fi ready courtesy of a free, supplied USB dongle.


The Ethernet port provides wired online support, of course, or you can use it to access files on a DLNA-capable PC. One thing the Ethernet port oddly does not support, though, is future Freeview HD interactive features. Why? Because the TV doesn’t actually have a Freeview HD tuner.


This obviously seems like a pretty big oversight for a TV as otherwise cutting edge as the 60LE925E. Indeed, Sharp seems pretty up-front about this, acknowledging that smaller models in the LE925E range aren’t appearing until next year so there’s time to get Freeview HD tuners into them.


Problem is, Sharp felt that it just had to get a 3D TV well established in the market in the run up to Christmas. So they took the philosophical view that many of the sort of people who might consider installing a 60in screen like the 60LE925E in their homes will probably also be the sort of people who already have – or have the financial wherewithal to easily get – an external HD receiver. This just about works as an argument, we guess.

Focusing next on the technology driving the 60LE925E’s screen, we find it using edge LED lighting, a full HD resolution, and a potentially important 200Hz system – which actually comprises 100Hz working with a scanning backlight.


The Quattron technology itself has the potential to produce a number of improvements. The most obvious of these is that yellow and gold colours should look more natural and believable, as they no longer have to be conjured up by blending red, green and blue. But actually, adding yellow to a TV screen’s ‘mixing pot’ should also lead to more natural and subtly different tones with other colors.


Yellow is a relatively bright, transmissive colour compared with red, green and blue, too, so adding a yellow sub-pixel should also make the screen more transmissive of light, delivering brightness and shadow detail benefits. There are even potential energy saving benefits, since the transmissive yellow pixel allows you to generate normal LCD brightness levels without using as much power. 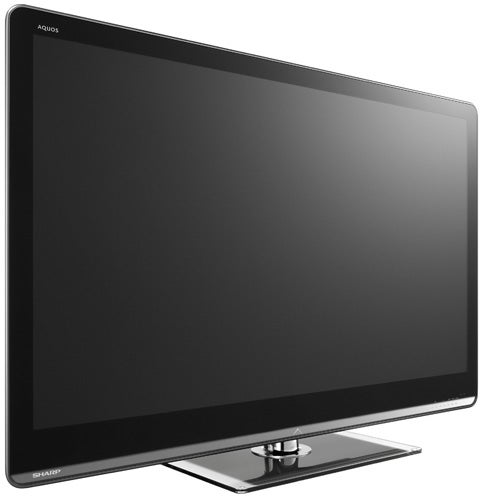 Backing up all this promising tech are plenty of calibration aids for getting the best out of it, including gamma controls and a reasonably flexible colour management system. What’s more, setting the TV up is made exceptionally easy thanks to a superb onscreen menu system that allows you to keep a slightly reduced version of the picture onscreen while you make your adjustments, with the menus appearing along the edges of the reduced picture rather than on top of it.


Starting our main testing phase with, of course, 3D, it’s nice to find that the Sharp’s 3D transmitter is built into the screen, and that you get a pair of active shutter glasses included for free. Obviously, families will still have to cough up around £100 a pop for other glasses, but at least one person can enjoy 3D straight out of the box!


The 60LE925E’s 3D performance is simultaneously fresh and old-school. The fresh bit includes the terrific colour response and high brightness level the screen manages to resolve when showing 3D material. It certainly outguns plasma in this respect, and the yellow pixel also helps it deliver a cannier colour compensation for the effects of the 3D glasses than rival LCD screens.


The ‘old school’ bit finds the 60LE925E’s pictures clearly suffering with crosstalk noise, where some objects in 3D images appear with double ghosting around them. This inevitably reduces the clarity and believability of the 3D image, and in our opinion greatly reduces the amount of time you can watch 3D for before it starts to become tiring.


Turning to 2D material, there’s another mix of good and bad news, with HD looking good and standard def looking not so hot.


HD 2D sources are portrayed with exemplary sharpness and detailing, and provide a great forum for Quattron technology to shine, as the screen portrays colours across the spectrum – especially but certainly not exclusively yellow – with mesmerising vibrancy and startlingly accuracy. It’s noticeable, too, that the 60LE925E’s colours enjoy remarkably deft blends and tonal shifts, helping pictures look unusually solid and layered.

A really pleasant surprise, meanwhile, comes from the 60LE925E’s black level response. We’d expected to feel a bit disappointed by this based on our experience of the 46LE821E. But in fact, while black colours do have a greyer look to them than you might expect from the very best direct LED and plasma TVs, they also look deeper and, above all, more consistent than they do from the majority of edge LED screens. This latter consistency issue is particularly welcome given how many edge LED TVs we’ve seen recently have distracted us by throwing up clumsy patches of extra brightness during dark scenes.


Aside from urging caution with some of the 60LE925E’s picture processing tools, our only significant problems with the 60LE925E’s 2D pictures are reserved for standard definition playback. For here we find all but the very highest quality standard def sources looking rather soft and noisy, and colour tones occasionally losing a little of their naturalism as well. 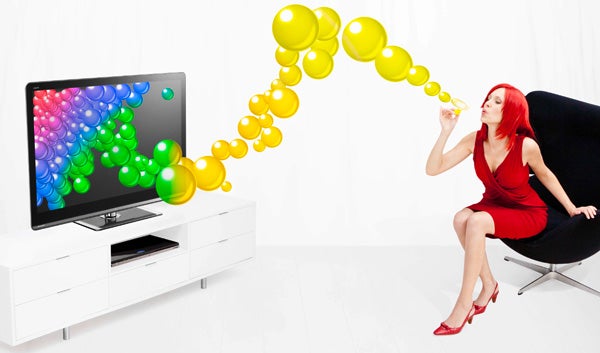 The soundstage the 60LE925E produces to keep its king-sized pictures company is best described as fair to middling. There’s a reasonable stab at picking out treble detail, and the mid-range is potent enough to cope with normal TV fare and undemanding movie scenes. But the lack of any bass worthy of the name leaves action scenes sounding thin and unconvincing.


One final performance part of the 60LE925E we haven’t covered yet is its ‘AQUOSNet’ online capabilities. On the one hand these prove quite interesting, as an obvious ‘hook up’ with Philips’ Net TV platform has resulted in the 60LE925E being able to surf the Internet at large via an integrated Opera browser.


But the system is let down by the current dearth of specially formatted, ‘ring-fenced’ content. All we could see at the time of writing was ScreenDreams, myalbum.com, MeteoConsult, Funspot and Daily Motion. This leaves the 60LE925E’s online business feeling a touch unfinished, so hopefully this list of content providers will increase soon.


We’re finding it increasingly hard to give any 3D TV that clearly suffers with crosstalk a 9 or 10 overall score, and that unfortunately has to remain the case with the 60LE925E. Especially given that the TV also struggles rather with standard definition 2D pictures.


That said, for the most part we were very impressed by the 60LE925E. The benefits to colours of its Quattron technology are even more apparent than they were on the original LE821 Quattron model, and make a difference to 3D as well as 2D material. The set’s use of edge LED backlighting is also exemplary for such a large screen, especially in terms of backlight consistency, and its 3D images are among the brightest, most vibrant and sharpest around.