At 52in across, the 52X20E is currently the largest LCD TV on Sharp’s books – enough to ensure it’s hitting the ground running in TrustedReviews’ home cinema-loving opinion. Especially when we think back to the stunning standard of HD playback served up by the 46in Sharp LCD we tested, the LC-46LX2E.

If similar standards of HD quality can be attained by the 52X20E on its larger screen, then this could be one of our more pleasant afternoons in the test room.

The first thing to say about the 52X20E is that it sure packs a lot of screen. The unusual slenderness of its glossy black bezel really emphasises just how far 52 inches of TFT panel goes. The distinctive Sharp ‘silver wave’ along the bottom edge ensures that the sight of so much screen acreage is anything but unattractive, though. 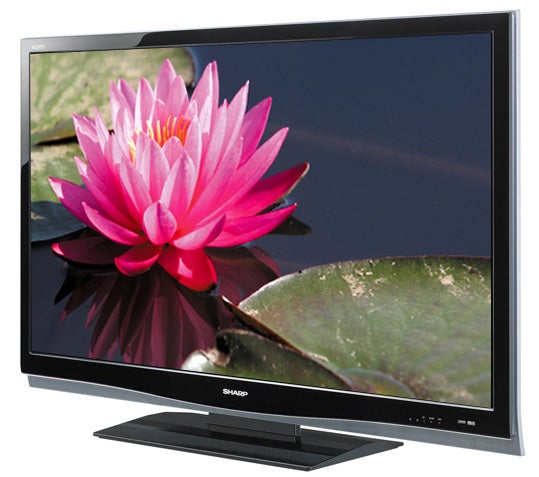 The 52X20E’s connections are pretty much on the money, too. Which is to say they include three HDMIs (all built to the v1.3 standard), a component video input, a D-Sub PC port, a digital audio output, and an RS-232C port thrown in as an added system-integration bonus.

As you’d expect of such a king-sized screen, the 52X20E is a Full HD affair. And its other core specs look good too, with a healthy – though not earth-shattering – dynamic contrast ratio of 10,000:1, a fast response time of 4ms, and Sharp’s TruD image processing to reduce judder.

As ever with an LCD TV we need to qualify the claimed contrast ratio by saying that it’s only achievable by automatically reducing the TV’s brightness output when dark scenes are detected, in order to boost black level response – something that rival plasma technology does not have to do to achieve its generally superior contrast levels.

Heading into the 52X20E’s onscreen menus, there’s a pretty extensive suite of adjustments at your disposal. Particularly key are a series of thematic image presets that can make a dramatic difference to the way pictures look, with Standard and Movie being the two we found ourselves drawn to the most.

There’s also an OPC feature that can automatically adjust the picture in response to the light levels in your viewing room; backlight adjustment; a film mode for auto-detection of and adaptation to 24p or 25p images; a virtual surround sound mode; digital noise reduction; and an ‘Action Mode’ that claims to reduce motion blur when showing motion-packed scenes.

It’s not stated anywhere exactly how this Action mode works, but we can only imagine that it’s got something to do with reducing the amount of processing to cut down on the potential for image lag. 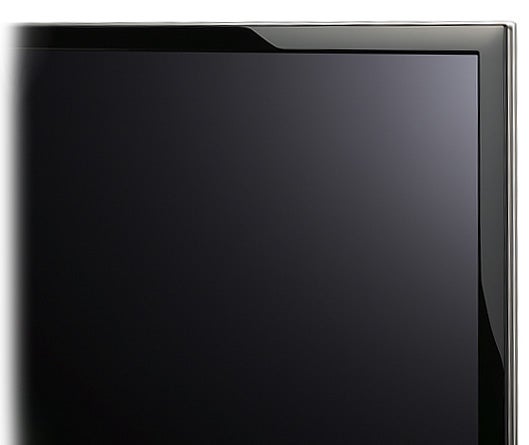 As with numerous other Sharp TVs we’ve looked at recently, how well the 52X20E performs depends very much on what you feed it. Which is a round-about way of saying that it’s good with HD and rather average with standard def.

Starting with the HD situation, relatively steady images look absolutely terrific for three main reasons. First, the Full HD resolution is put to full use in reproducing every pixel of data in such 1080-line sources as the BBC’s HD Wimbledon coverage or the Blu-ray of ”Master and Commander”. What’s more, provided you choose the ‘Dot By Dot’ aspect ratio mode, you get to see all this detail without a trace of scaling noise to spoil the show.

Next to catch the eye with HD is the picture’s black level response. Some of the below decks sequences in ”Master And Commander” are extremely dark, yet the 52X20E has a better stab at them than most LCD TVs. In other words, while there is a trace of the familiar LCD grey pall, it’s not so dominating that you can’t see past it to the action going on in even the darkest corners.

The third thing to like about the 52X20E’s HD performance is its colour response. Hues of all shades are vibrantly saturated, immaculately blended, and best of all terrifically natural, even when showing the notoriously tricky combination of skin tones and grass that pretty much sums up your average Wimbledon image.

Moving on, the problem now is that the quality of the HD imaging merely serves to exaggerate the extent to which things deteriorate with standard definition.

With standard def the picture looks softer than we’d like, some slightly odd colour tones creep in from time to time, and noise levels are quite high. Noise issues include jaggedness around some edges, a slightly patchwork look to skin, a tendency to emphasise MPEG shimmer and blocking in lower quality digital broadcasts, and most noticeably of all, quite a bit of motion blur.

It’s in this motion blur that we suddenly become all too aware of the fact that unlike Sharp’s XL2 models, the 52X20E does not have 100Hz processing to help counter LCD’s traditional problems dealing with rapid movement.

In fact, it’s not for nothing that I stressed earlier that only relatively steady HD images look good. For even with HD there are noticeable motion blurring troubles, particularly where faces are moving quickly within the frame. In fact, occasionally, especially during camera pans, the picture actually looks as if it’s appearing behind a very fine layer of mesh. 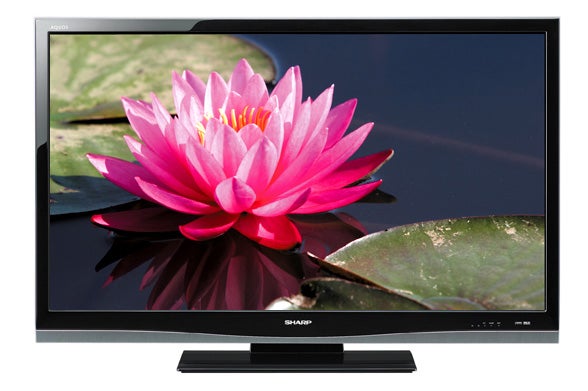 Activating the Action mode helps improve all this a little, it should be said, and the smearing isn’t often really distractingly severe. But in no way does the 52X20E scale the same picture heights as Sharp’s latest 100Hz models.

As a final negative point, I have to say that the screen’s viewing angle is none too impressive either. Viewing from more than 40 degrees or so to the side causes considerable drop off in the picture’s black levels, and the viewing angle tolerance is even less in the vertical plane.

Turning to the 52X20E’s sound, it’s a little bit disappointing, truth be told. For while it sounds quite nice and clear at relatively low volumes, try to ramp up the noise to the sort of levels needed to do a 52in Hollywood blockbuster proud, and the soundstage becomes thin, overcrowded, short of bass, and even prone to distortion.

The 52X20E is aggressively priced for such a large LCD TV, and when it’s good, it’s very good indeed. The problem is that these ‘very good’ moments only tend to happen when you’re watching a steady image; the rest of the time – i.e. MOST of the time – it’s merely a solid effort that’s clearly missing the love of a good 100Hz system.