By the time you read this, I should have been down for an in-depth, one-on-one presentation about Sharp’s intriguing new Quad Pixel LCD technology. But ahead of that, it seems a good idea to round out the coverage we’ve given to Sharp’s other recent technological coup – affordable LCD TVs with direct LED backlighting – by checking out the biggest model from the range, the 52in LC-52LE700E.


The 52LE700E is actually the only 52in model in Sharp’s affordable direct LED series, with the cheaper LE600 range topping out at 46in. Presumably Sharp thought that buyers of its entry-level TV series wouldn’t be willing to stretch their ambitions to the 52in size. Or maybe Sharp didn’t feel comfortable with taking the pictures of its direct LED range up to the 52in level without employing the LE700’s 100Hz engine. 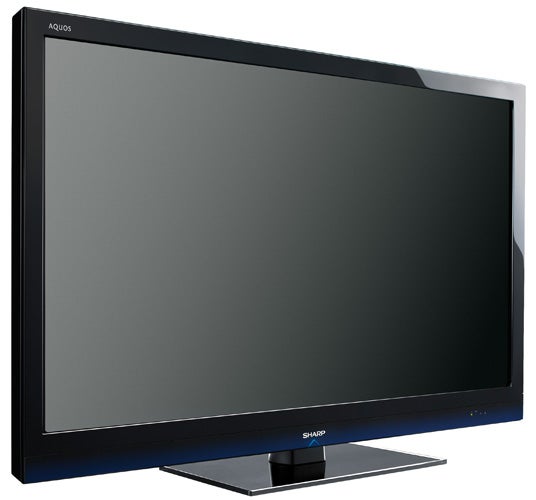 While such wild speculation on my part might be fun (for me at least!), however, it doesn’t really get us anywhere. So let’s swiftly get back on message by focussing on the rather hefty chunk of TV tech I’ve got sat across from me.


Aesthetically, the 52LE700E is nice enough to look at in a slightly unoriginal, glossy black kind of way. I would say that the screen’s extra size slightly emphasises the plastickiness of the bezel, though. And not for the first time I’m left feeling that the design of the LE600 range – with its vaguely metallic bottom edge – actually looks slightly nicer than the one-colour approach of Sharp’s step-up LED models. 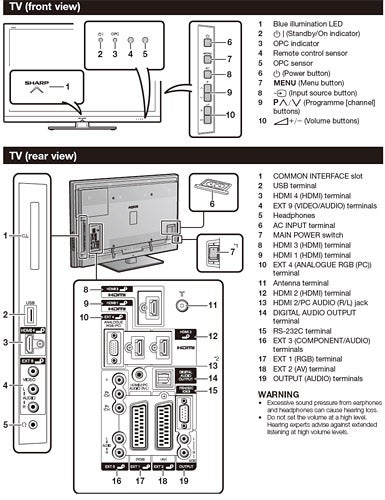 The 52LE700E’s bulk also reminds me in no uncertain terms that Sharp’s affordable direct LED models are about as unflat as a flat TV is likely to get these days, with a cheap-looking rear end that sticks out the best part of 10cm. Still, I’m not inclined to gripe too much about a TV’s rear being ugly and a few cm deeper than those of the latest style-meisters if this is one of the compromises that had to happen in order for Sharp to produce a 52in LED-backlit TV costing only a nudge over £1,200.


Plus, of course, there’s the 100Hz engine mentioned earlier. As usual, this doubling of our usual 50Hz TV output is designed to counter LCD’s usual problems with resolution loss and smearing when showing fast motion.

As usual with LED technology, which is more capable than normal CCFL lighting of putting deep blacks alongside bright whites within the same frame, you’re looking at a pretty potent contrast performance. Sharp aggravatingly doesn’t give an exact manufacturer’s contrast ratio for the set, simply referring to it as ‘Mega’. But from what I’ve seen of Sharp’s other LE600 and LE700 models, I wouldn’t expect the 52LE700E’s contrast performance to be anything less than excellent. 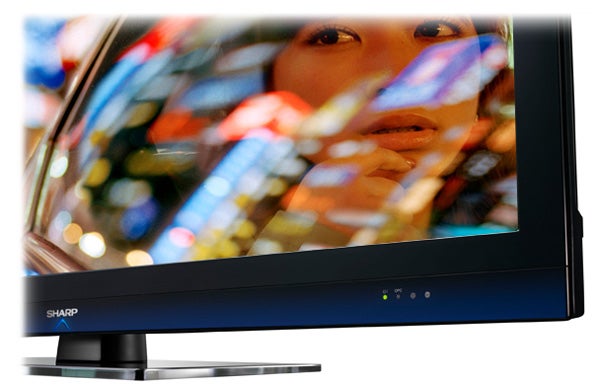 And so it proves. The set delivers the same inky, convincingly toned, rich black levels reported with Sharp’s other direct LED models, giving dark film scenes an immediacy and believability that no other non-LED LCD TV – and not even all plasma TVs – can compete with. And yes, with material like the black and white sequence at the start of ”Casino Royale” or the vast majority of ”Mass Effect 2”, the screen can also deliver punchy whites within the same frame as its convincing blacks. It’s worth stressing here, too, that the impact of the 52LE700E’s contrast efforts is given added weight by the 52in size of the screen. 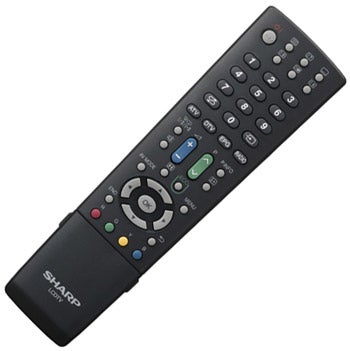 The sense of unusual dynamism the 52LE700E’s contrast efforts introduce to dark scenes extends to the set’s colour reproduction, as it fires out a broad spectrum of tones with real aggression and full-on saturations. Unlike some previous generations of Sharp TV, though, this aggression doesn’t come at the expense of subtlety. In fact, thanks most likely to the 10-bit processing, the 52LE700E shows considerable delicacy in its dealings with colour blends, even when it comes to that trickiest of picture elements, the humble skin tone.

With relatively static material, meanwhile, the 52LE700E produces plenty of clarity and detail from HD sources. Especially since, pleasingly, the 100Hz engine delivers a notable reduction in motion blur compared to the rather blurry situation witnessed consistently on the LE600 models.


However, while the 100Hz system certainly makes motion look better, for me it doesn’t quite go far enough. There’s still obvious and quite consistent evidence of blurring, especially during camera pans – though this blurring is, at least, joined by very little judder.

Another problem is that while the 52LE700E’s huge screen acreage works well when selling the impact of the TV’s contrast performance, it also shows up a bit of a weakness in Sharp’s standard definition upscaling. For standard definition pictures just don’t look as sharp or noiseless as we’ve seen them on the best rival sets – most notably those from Sony, Philips and Samsung. They’re not unwatchably noisy or soft, by any means. It’s just that if you still find yourself watching a lot of standard def content, you can find your standard def needs served better elsewhere.


One final gripe I have with the 52LE700E’s picture is that it seems a touch more prone to direct LED’s ‘haloing’ phenomenon – where you see subtle auras of light around particularly bright objects – than Sharp’s smaller direct LED sets. The effect is still extremely subtle when viewing the TV straight on, but can become quite pronounced at times if you have to watch the set from much of an angle. 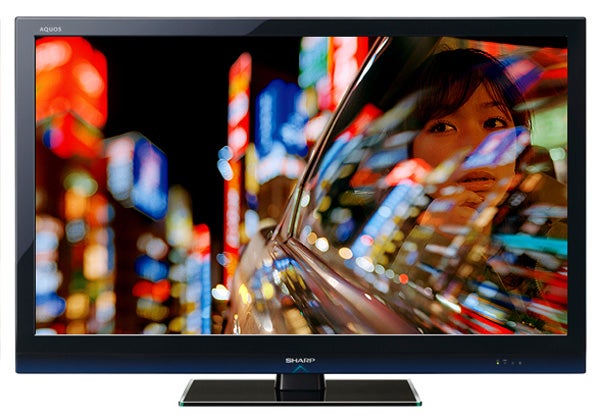 The fact that I felt slightly more aware of haloing on the 52LE700E than I have on Sharp’s smaller LED-lit TVs actually makes some kind of scientific sense if you think about it, for each LED cluster is having to drive a larger physical area of the pixel than it has to in Sharp’s 46in or 40in sets.


Finally, a word about the 52LE700E’s rather underwhelming audio performance. I’ve stated in previous Sharp LE600 and LE700 reviews that their speakers lack the power to deliver the sort of dynamics, volume and bass lines that I’d like them to. But these shortcomings seem particularly acute on the 52LE700E, by virtue of the way they leave the sound feeling so small compared with the vastness of the pictures.


There’s much to admire about Sharp’s 52LE700E, and we still can’t thank the brand enough for making the numerous delights of direct LED lighting so affordable in big-screen LCD TVs. But for me, Sharp’s cost-cutting approach to LED lighting doesn’t work quite as well at this 52in level as it does on the brand’s smaller screens. And motion blur and barely average sonics continue to be a problem for Sharp to work on for its next LED series.