A few weeks ago, Sharp startled us with the quality of its debut ‘Quattron’ TV, the LC-46LE821E, which innovatively added a yellow sub-pixel to the usual red, green and blue ones. The only catch was that TV’s wallet-busting price.


So it’s a relief to find today that Sharp isn’t another brand that’s decided to abandon the mainstream market. In fact, at just £599, its 40in LC-40CT2E (exclusive to Dixons and Currys in the UK) is one of the cheapest 40in TVs in town. So we guess we’d better get busy trying to spot the compromises! 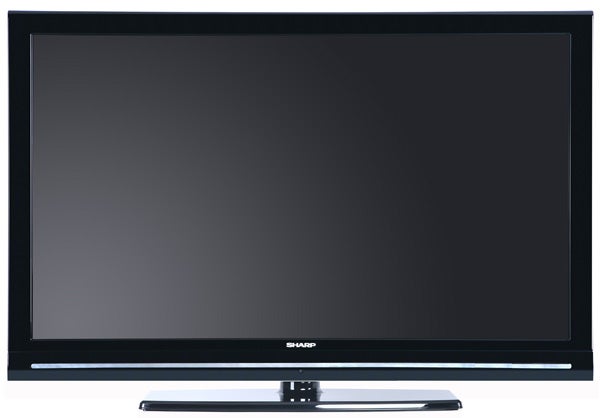 These don’t particularly materialise with the 40CT2E’s design, though. For while it’s inevitably not as elegant or opulent in its lines as the posh LE821 models, its finish is glossy enough to hide the bezel’s inherent plastickiness, and the addition of a silver strip along the bottom offers some welcome relief to the general black finish.


There’s a smallish compromise to swallow on the connections front, as we only rustled up three HDMIs rather than the four we’re now finding on the majority of TVs we see. But to be honest, three is probably enough to satisfy the needs of the relatively entry-level customer likely to spend £600 on a 40in TV.


Elsewhere the 40CT2E’s connections actually go further than expected, with highlights of a D-Sub PC port, an Ethernet port, and a USB input through which the TV can play MP3 audio and JPEG photo (but not video) files.

The Ethernet port seems particularly surprising on such a cheap TV, and rather excellently, it turns out to be there because the 40CT2E carries a built-in Freeview HD tuner. This is clearly great news for anyone living in a Freeview HD reception area – though even people who can’t get the service now might as well be considering getting a Freeview HD TV, as pretty much the whole of the country should be geared up for Freeview HD by the time the Olympics hit London.


The Ethernet news isn’t all good, since it can’t also be used to access any online services, or even files stored on a DLNA-ready PC. But then neither of these features could reasonably be expected on a TV as affordable as the 40CT2E.


Heading into the TV’s reasonably well-presented and well-organised onscreen menus in a quest for features turns out to be a pretty unrewarding experience. In fact, there isn’t really anything in terms of picture tweaks or processing adjustments to keep us occupied beyond the basic adjustments you’d expect to see on any TV worthy of the name.


In other words, the TV is a 50Hz model, with seemingly no sophisticated image processing to speak of beyond the basics required to upscale standard definition to the screen’s Full HD resolution.

Happily, though, the 40CT2E’s lack of processing power doesn’t translate to shonky picture quality, at least where high definition sources are concerned. In fact, at times its HD pictures are almost ridiculously good for a £600 40in TV.


Leading the charge is the crisp finish to HD images, which combines with an impressive fine detail response to present Blu-rays and HD broadcasts from the Freeview HD tuner with excellent accuracy and impact.


Surprisingly given the lack of any overt processing aimed at improving motion reproduction, the 40CT2E’s HD pictures don’t break down at all badly when asked to cope with a lot of movement. Sure, there’s a touch of resolution loss, but it’s not severe, and isn’t accompanied by trailing or smearing. 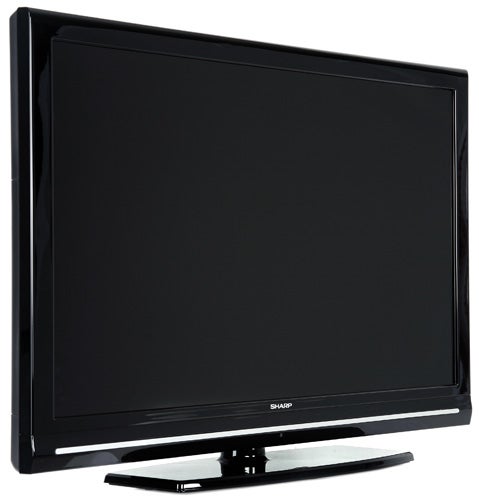 
The 40CT2E’s pictures look bright and colourful too, with good saturation levels and reasonably natural tones for most of the time. There isn’t the same sense of finesse and subtlety when it comes to portraying colour blends and small tonal shifts that you would get with a good, more expensive TV – a fact that can leave some very bright sequences looking a touch ‘cartoony’. But this can’t be considered a major failing at the 40CT2E’s price level.


Watching dark scenes, and sequences with a mixture of light and dark content, finds the 40CT2E surprisingly good in the black level department, too. There’s a slight wash of greyness over colours that should really be totally black, but again, it’s not at all severe for the 40CT2E’s level of the market, and as a result doesn’t often distract you.


It’s worth noting, too, that the 40CT2E’s backlight is pleasingly even, with no obvious patches of brightness differentiation to stand between you and what you’re watching.


If the 40CT2E’s HD performance could be matched by its standard def efforts, we could be looking at a minor budget classic here. But sadly, it isn’t.

The difference between the set’s standard and high definition pictures really is a night and day affair. For instance, where the HD images look impressively crisp, the standard def ones look softer and unfocussed. And where HD images achieve good detail levels without looking gritty, standard def images seem to rather exaggerate any noise that might be in a standard def source.


There seems to be more judder in evidence with standard def too, but our biggest complaint is that standard def colours are nowhere near as convincing as those on show with HD, suffering numerous rogue tones and a generally less vibrant palette. 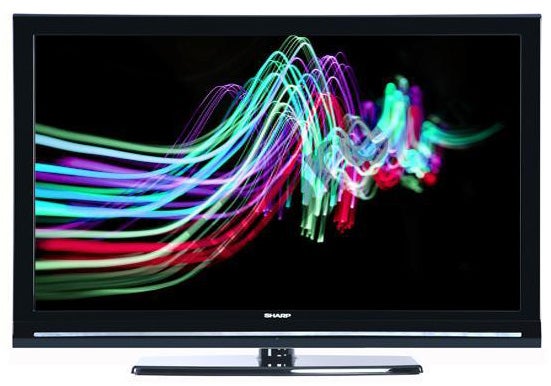 One final general picture issue we should point out – even though it’s common to almost all LCD TVs – is that the 40CT2E loses contrast and colour saturation when viewed from an angle of around 40 degrees or more.


Wrapping up the 40CT2E’s AV efforts is an uninspiring audio effort. The main problem is a familiar one: a striking lack of bass extension, which all too easily leaves loud audio moments sounding shrill and tiring. Though to be fair, the 40CT2E sounds solid enough with normal TV programming, and does at least deliver good treble detailing. Plus, unusually, there’s a subwoofer line-out via which you can add an external subwoofer – if you can somehow find one that manages to blend well with the TV’s 8W left and right speakers!


If we could judge the 40CT2E on its HD performance alone, it would probably have bagged an eight for pictures, and maybe even a TrustedReviews Recommended badge once its price had been taken into account.


But even with the built-in Freeview HD tuner, there’s a good chance that the 40CT2E’s target audience will still end up watching quite a bit of standard def. So it’s a shame its standard def efforts fall short of those delivered by many rival sets these days.