While we usually like to spread reviews of TVs from the same brand out a bit, there are times when it makes sense to put two close together. And today is one of those times, as we follow up our review of Sharp’s LC-32LE210E earlier this week with a review of the same brand’s 32DH510E.


The reasons for doing this are really pretty obvious, for both are 32in TVs featuring budget price tags. The most immediate difference being that while the slightly dearer 32LE210E uses edge LED lighting, the 32DH510E adopts the more standard CCFL lighting route. 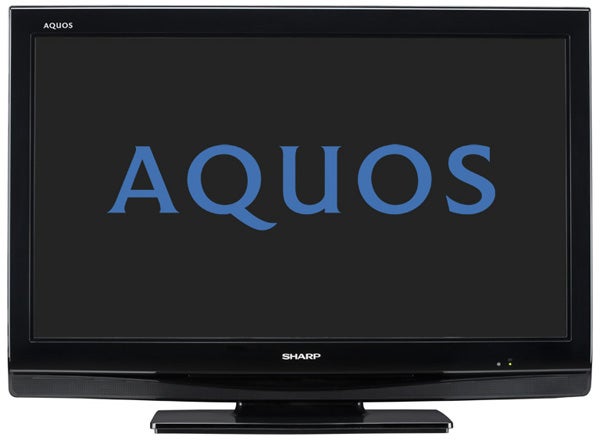 Will the 32DH510E improve on the slightly lacklustre performance of the 32LE210E? Or will it at least look better value given that it’s nearly £80 cheaper than its LED alternative?


If aesthetics are important to you, then the 32DH510E falls clearly short of its edge LED sibling. It’s chunkier across the bezel and around the back, and generally looks less stylish, with a more traditional shape and simple black finish.


It also comes up short with its connections. For it only has two HDMIs versus the 32LE210E’s three, and doesn’t have a D-Sub PC port while the 32LE210E does. These are both quite serious issues potentially – especially the lack of an analogue PC port, since we know for a fact (and from personal experience) that 32in TVs regularly do double duty for many people as impromptu study or bedroom computer monitors. 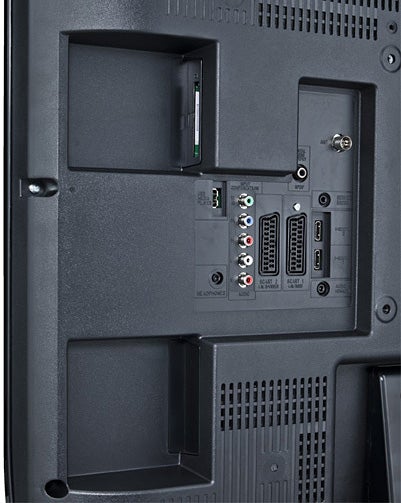 Already it’s not looking great for the 32DH510E. But we’re not done with the negative comparisons yet, for the CCFL LCD model only manages an HD Ready 1366×768 resolution versus the edge LED model’s full HD resolution. While unfortunate, though, this need not necessarily be a massive problem at the relatively small 32in screen level, where small differences in HD resolution aren’t always blindingly obvious.


There are three areas where the 32DH510E matches the 32LE210E, though – two good and one bad. The first good one finds it sporting the same attractive, well organised onscreen menus as the 32LE210E. The second good one is a USB port able to play video, music and photo files, or record programmes from the digital tuner.

This timeshifting functionality is even more startling a discovery on the sub-£350 32DH510E than it was on the 32LE210E, and represents a real point of difference between it and other budget 32in screens. Especially as recordings seem pretty much identical to the original broadcasts.


The 32DH510 also resembles the 32LE210 with its performance, to some extent. Which isn’t necessarily a great thing, for it means pictures make a quite strong first impression, but start to show a few cracks over time. 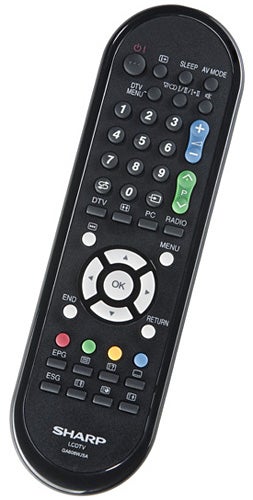 Helping to build the strong first impressions is a startling level of brightness for a CCFL LCD TV of the 32DH510E’s size and price level. Pictures really do blast forth with an almost LED-like level of intensity. This is very helpful, of course, since it means the 32DH510E can potentially be used almost anywhere in a house, even traditionally very bright rooms like conservatories or kitchens.


Also pleasantly surprising is how sharp the 32DH510E looks when showing HD. Provided you keep the pretty underwhelming noise reduction option turned off with HD, there’s a good sense of detail and crispness – despite the non-full HD resolution and the TV’s very low price. Even motion doesn’t blur excessively with HD material. In fact, there seems slightly less motion blur with HD than you get with the 32LE210E, and much less than you might expect with your average sub-£350 32in TV.


This is particularly surprising since the 32DH510E doesn’t have any serious picture processing to help it out – not even 100Hz. Actually, the set arguably makes a strength of the lack of processing, as its pictures avoid the rather processed look you get with some processing-laden TVs.

Once you’ve basked for a while in the 32DH510E’s various strengths, though, your eyes will start to spot that all isn’t quite as hunky dory as it initially seems. Colours, for instance – unusually for such a bright screen – aren’t particularly dynamic, resulting in some noticeably muted tones and a rather uneven look to colours even within the same frame. The 32LE210E’s colours are noticeably more dramatic – though at least the 32DH510E doesn’t look overcooked in the colour department like the 32LE210E can at times.


The 32DH510E’s decent HD performance, meanwhile, isn’t matched by its standard definition pictures, which suffer with more colour inconsistencies, and also look rather noisy. This noise even includes more motion blur than we detected with HD. Skin tones on the 32DH510E lack a little definition too, leaving them looking rather plasticky at times. 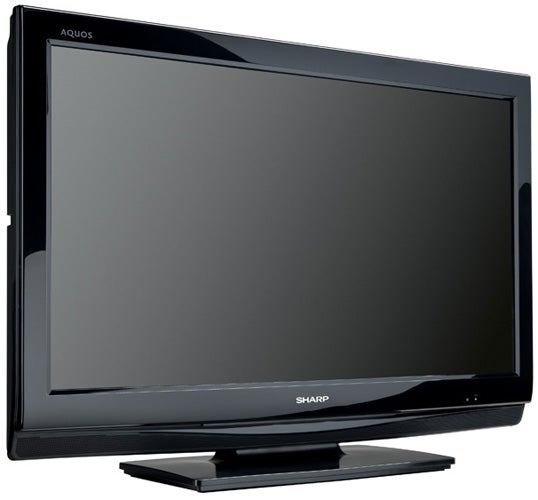 Perhaps our biggest problem with the 32DH510E, though, is its black level response. For it’s simply not very good, leaving dark scenes looking rather grey and flat, with a shortage of shadow detail rounding out the damage. As a result, dark scenes seem to belong to a totally different TV to the generally likeable bright scenes, producing a sense of disjointedness that makes it hard to get truly immersed in what you’re watching.


The 32DH510E’s sound quality, meanwhile, is marginally superior to that of the 32LE210E. It sounds a touch less thin, and delivers a touch more bass. But it’s still hardly up to the challenge of sounding even remotely convincing with anything beyond the most sonically simple daytime TV shows.


The 32DH510E’s uninspiring on-paper spec initially makes Sharp’s 32LE210E look worth the £80 or so extra it costs, especially as the latter’s LED screen is a better performer overall. However, the simple fact is that neither screen is really anything special. So with that in mind, maybe the cheaper 32DH510E is the one to go for on simple value grounds if, say, you’re really taken with both sets’ surprising USB recording functionality. If it was us, though, we probably wouldn’t bother with either TV, and look elsewhere instead…