What are the Sennheiser HD 630VB?

The Sennheiser HD 630VB are something a little different from a headphone-maker that’s generally known for its relatively serious offerings. These £400 units want to come across as high-end, but also feature a giant bass dial on one ear cup to let you change the bass level with a quick gesture.

This isn’t the first time Sennheiser has used a variable bass dial, having included one in the IE 80 earphones from years ago. However, the HD 630VBs have much more of a “streetwear” vibe.

These are decent-sounding headphones, but jacking up the bass doesn’t add the low-end quality I’d expect from the mighty Sennheiser. 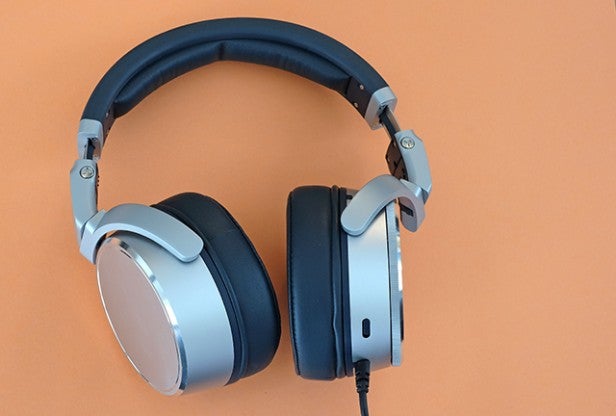 The Sennheiser HD 630VB are full-sized, closed-back headphones. Their style suggests these are portable, but in fact they’re far too large to wear out and about.

I’ve been wearing them on the street for the past few weeks, and every time I catch myself in a car or shop window, I can’t help but think: “Christ, you look like an idiot.” This isn’t a result of the diameter of the cups, or that they’re metal. The issue is that the ear cups seem to stick out about 3ft from the side of your head.

In an at-home headphone, this would be a non-issue. But these are “street” headphones, so make sure you’re comfortable with their size. 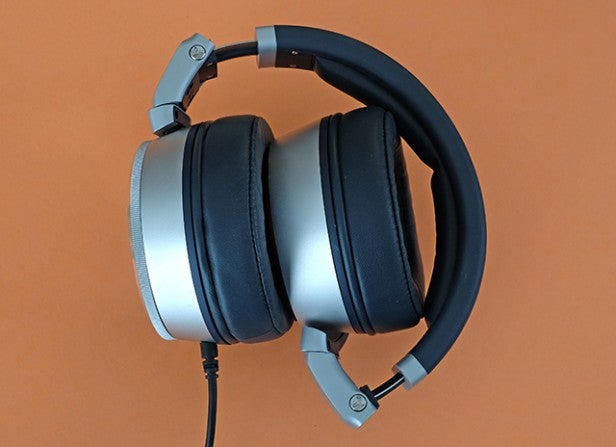 The 630VB fold up for added portability

Buttons on the side of the right ear cup confirm their portable intentions, designed to offer control via an iPhone or Android handset. Like some of Sennheiser’s portable wireless headphones, they’re rubbery and allow you to change tracks and adjust volume. Plus, there’s a switch to flick between compatibility with iOS and Android devices: a smart and considerate move.

While the Sennheiser HD 630VB are somewhat “awkward” headphones then, there can be no doubt over the fact that they’re well made. The action of the aforementioned buttons feels far better than you’d usually get in headphones, and the ear cups are covered in aluminium, to a degree that you’d usually only find in smaller portable headphones. 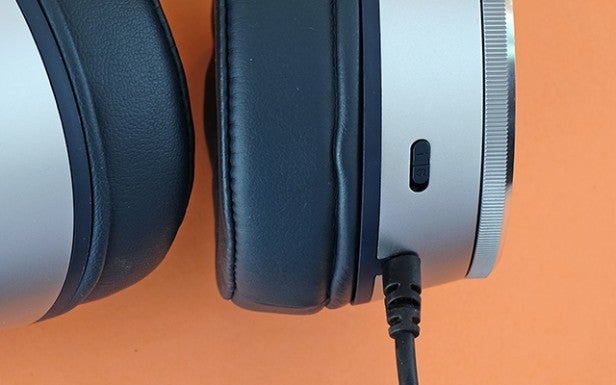 As a result, they’re not particularly light. However, I’ve worn the Sennheiser HD 630VB for 4-5 hours at a time without experiencing any major discomfort, and while wearing glasses too. The pads use a generous amount of foam, and while the covering is synthetic leather, you’d only notice the difference between this and the genuine article in hot conditions.

The Sennheiser HD 630VB also offer decent noise isolation. I’ve used these headphones in crowded bars, and have been able to enjoy music perfectly well. They’ll take calls too, using a little mic housing on the cable; a quick press on the ear cup’s central button accepts a call.

Other than these integrated controls and the bass dial, these aren’t tech-heavy headphones; there’s no noise cancellation or wireless included. 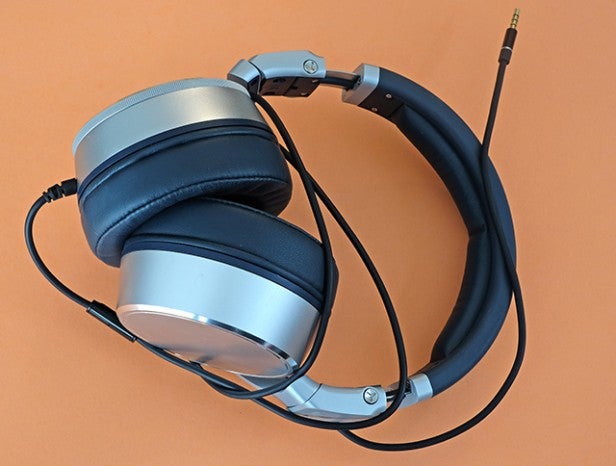 The Sennheiser HD 630VB are a bit of an experiment. Sennheiser is seeing what happens when it makes a high-end headphone designed for a crowd that might otherwise spend the money on a £200-250 pair of bassy street headphones.

The results are mixed. On the positive side, the Sennheiser HD 630VB appear to be pretty well-tuned at the “neutral” end of the bass dial. Granted, at this setting they’re too bass-light to satisfy those looking for headphones that sell a bass boost as their key feature.

However, the sound is well balanced, has great scale to it and far greater mid-range detail than you get from the Sennheiser Momentum 2.0, which I often recommend to those after portable headphones.

The sound here is more serious, with better separation and slightly less mid-bass thickness, making it appear as though there’s a little more space between instruments in busy arrangements. 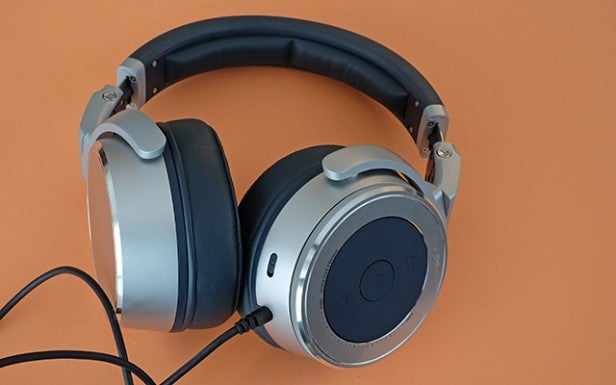 This is the sort of sound you might usually expect from an audio-centric brand: clear, serious, with a fairly natural interpretation of what’s going on in the music.

My one reservation – other than there not being enough bass for the Sennheiser HD 630VB’s remit – is that, compared to other headphones in the £350-500 range, the upper-mids are a little hard. You’ll hear this in vocal tracks and, perhaps, crunchy guitar lines. However, this was only really noticeable in direct comparison with other top-performing headphones.

Dial up the bass and the sound changes quite dramatically. The character of the treble, the scale of the sound and other elements doesn’t really transform, but the lower-end fills up. 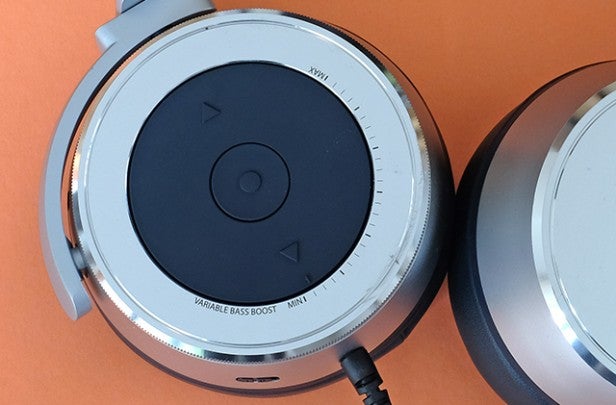 This validates the Sennheiser HD 630VB’s premise. When you jack up the bass, it gets big, making kick-drum beats pump in a way that simply can’t be heard with the bass dial turned down.

However, the quality of the bass isn’t all that impressive from a pure audio perspective. It isn’t a particularly fast or taut bass, a slightly slow decay making it seem to bloom out and pull focus away from other areas of the mix. The Sennheiser HD 630VB get a little too close in character to the “club style” bass, for which earlier generations of Beats headphones were so widely criticised.

For those after a little extra base, towards the middle of the bass dial the Sennheiser HD 630VB reaches something of a sweet spot – but there’s an issue here too. The dial turns smoothly, but there’s no way to lock its position and no way to determine where it currently sits when you’re wearing the headphones. Unless you’re pushed all the way to one end, that is.

As a result, I’ve found myself spending whole train journeys fiddling with metal knob. I find the sound satisfying at the neutral end of the scale, and towards its mid-setting. However, the Sennheiser HD 630VB should really have included settings that can be locked or retrieved more easily, and a base bass level that doesn’t make it appear like Sennheiser’s engineers are embarrassed of the whole idea of a high-end bassy headphone. 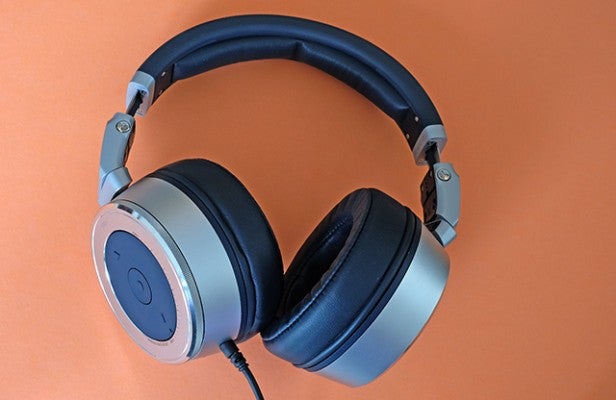 Should you buy the Sennheiser HD 630VB?

The Sennheiser HD 630VB are unusual headphones that offer some interesting features that I believe many will appreciate. Having generally accurate-sounding headphones, whose bass can be cranked up makes sense, and being able to switch between compatibility with iOS and Android devices is something we’d like to see more of.

There is something of a “first-wave” experiment about them, though. I find them far too big to wear out and about without feeling self-conscious, and when the bass is maxed the sound loses its composure, filing down the audiophile cred a little.

For those after a bassy portable headphones, consider some models from Ultrasone. Although this is a US company that you won’t often see in the UK, its products are distributed here by HiFi Headphones; and its pairs are renowned for their audio-snob-friendly bass.

An interesting experiment in variable bass portable headphones, but they don’t have the wide-ranging appeal of the Momentum series.