For anyone interested in audio on their PC, a decent set of headphones is something of a necessity. While a surround set of speakers will give you the purest experience, there’s nothing quite like the sense of immersiveness you get from a pair of headphones.


Sennheiser is a name that’s very well known in the hi-fi arena with a range of professional headphones that includes a reference quality model that offers serious sound quality at a very serious price. However, it’s also a force in the PC space with a range of affordable headsets that are ideal for VOiP applications such as Skype or shouting insults at opponents in games such as Counter-Strike:Source.


The set that we are looking at here though is a conventional pair priced at the more affordable end of the market. The HD 215s are of the closed back variety, which means that they completely surround the ear. Closed back headphones aren’t preferred by audiofiles as they typically don’t sound as good as the open back variety due to the effects of the sound resonating in the enclosure. However, closed back design have the advantage of keeping external sounds out, and your music in, ensuring that the outside world doesn’t disturb you and vice versa. 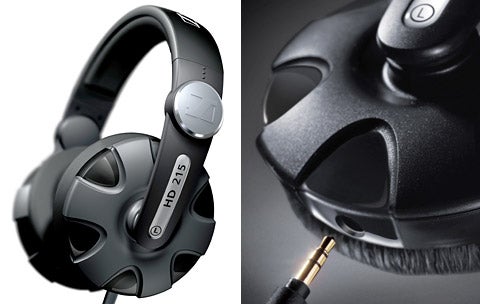 I can clearly recall listening to my Minidisc player on the train with a pair of beautiful sounding Grado headphones that set me back about £70. As these were open backed and the train was noisy I needed to have the volume up quite loud to be able to make out the music, which in turn disturbed the passengers. After one particularly withering look from one lady, I never went back to using them while out. So whether you’re travelling, DJing, or wanting to zone out in the office, closed back headphones are the only way to go. That said, the Sennheisers are also quite big and bulky and as such aren’t really suited for use when out and about. They are advertised as having ‘extreme DJ sound’ and this refers both to their look and the type of the sound they produce.


As for design, the outside of the 215s look striking but the finish is undeniably plastic looking. The headband sports the Sennheiser logo on top with the motif set in a circular button. On the right hand side this actually contains a hinge. This enables the whole earphone to be lifted up to the front or the back. This feature is aimed at DJs for monitoring, enabling them to hear one track live as another one plays in their headphones so that they can mix effectively. 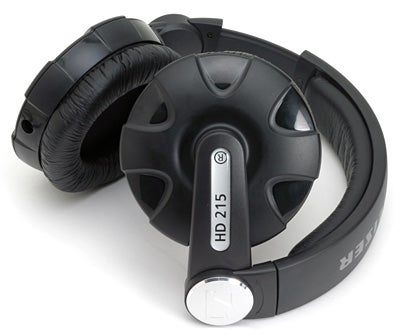 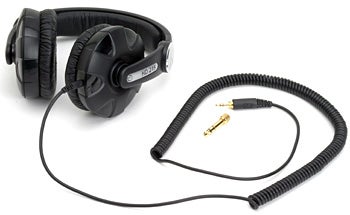 To help freedom of movement the cord only comes down one side. As with all full sized headphones the 3.5in connector can be removed revealing a minijack connection underneath. This enables it to be plugged into soundcards or portable audio players. Unlike many headphones the 3.5mm plug actually screws on to the minijack underneath. This ensure that it won’t simply pop off when tugged, which might happen in a ‘DJ’ type situation. The connectors are of course gold plated to optimise sound quality. Sennheiser has also thoughfully thrown in a well made carrying pouch.

The ‘phones weigh in a reasonably lightweight 280g, and though they grip quite firmly there’s a fair amount of padding and they do feel comfortable to wear for extended periods. I had no problems listening to a couple of albums in succession with them on, though I wouldn’t want to go beyond that.


In terms of specs the Sennheisers offer a frequency response of 12 – 22,000Hz, and a sound pressure level (SPL) of 112db. This is actually lower than the SPL figure claimed by these small funky in-ear iPod headphones. However, the far larger drivers in the Sennheisers means that they don’t have to do so much work to achieve a louder sound, which is clearly reflected in the sound quality. 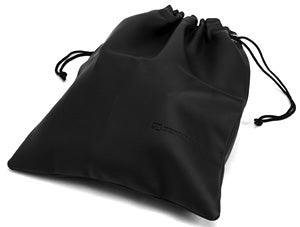 As for how they sound, I was expecting the larger headphones to produce a much larger noise compared to my own Koss Porta Pros. This was true but not in the way I imagined. Rather than just being louder and bassier for the sake of it the Sennheiser’s gave music a much more three dimensional feel than I am used to with headphones. With smaller models the quality issue is simply whether there is too much bass or too little treble. With these though, it was more about discovering instruments, effects and vocals that I barely noticed before. From the delicate tones of Michael Bublé and Bic Runga, to the powerful beats of the Chemical Brother’s Galvanize, the layers inside the track were effectively revealed.


The sound was bassy without being overextended and when listening to my iPod I found that music sounded best without any EQ settings applied. EQ is normally used to artificially boost parts of the music to make it sound more direct, but on the HD 215s the overblown nature of these effects was all too easily revealed. 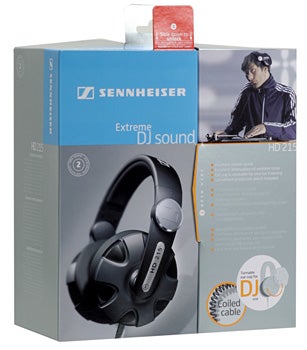 In fact, the Sennheiser’s could be accused of being too accurate. While this makes them a good choice for the musician they’re perhaps not the perfect choice for the casual listener, who might enjoy a bit more warmth to the sound. However, listening to them was enjoyable and there’s no doubt that you’re getting a lot of speaker for the money. On that basis they’re undoubtedly worth a listen.


The Sennheiser HD 215s are a well designed and robust set of headphones with some neat design features such as the turnable ear cup and removable cable. The sound is highly detailed and accurate, almost to a fault while the asking price is very reasonable. If you want to listen in private, without being disturbed or disturbing others, these headphones are a good choice.