Earphones don’t get much more popular than the Sennheiser CX300. They’re so popular that tens of thousands of far-east fakes are floating around, even though you can grab the real deal for under £20. So popular are they that they’ve spawned the Sennheiser CX310 Originals, a blue, Adidas-branded take on the classic IEM earphone. 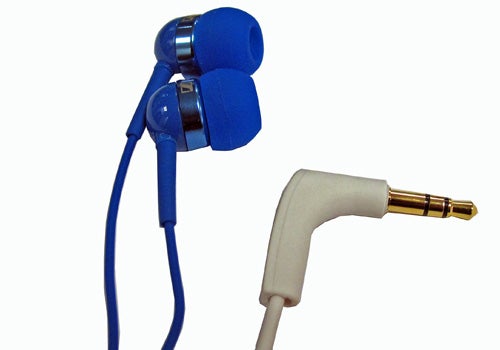 Bearing the Adidas name and logo, your first assumption might be that the Sennheiser CX310 Originals are sport earphones, but their design suggests otherwise. There are no over-the-ears clips and no neck band – the design tweaks that reduce the irritating noise caused when the cable rubs against your clothes and knocks against your skin, something that’s at its worst when working out. No, just like the Adidas Originals shoe range, the CX310 Originals are concerned more with style than sport.

They’re bright blue, with a metallic blue band on each bud for a little flair, up until the point where the earphone cables join. Here on down the cable reverts to plain white. This is the Sennheiser CX310 Originals’ style manifesto – half white, half blue, and a lot more striking than the more common white, silver and black finishes of the CX300 II, their closest relative. 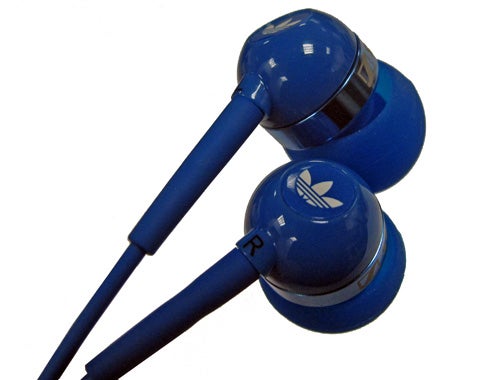 Aside from finish though, these buds mimic the classic CX300 design. They’re small, light and curvy, apart from the flat slanted bit on the back, bearing the logo. Here it’s the Adidas logo rather than Sennheiser’s own, but the Senny name is still splashed along the metallic strip circling each bud.

The style impact of the bold colours is let down by the variety of different shades used. The blue backing of the Adidas logo is different from the blue of the buds themselves, and the blue of the rubber tips is once again a slightly different shade. We should remember that these aren’t particularly expensive earphones though – selling for just over £30 – so grudgingly, we’ll let the Sennheiser CX310 off.

A miserly three sets of rubber tips are included in the package, medium small and large – all cast in the bright Originals blue. For non-Adidas obsessives, the CX310 Originals don’t boast a huge style advantage over the standard, cheaper CX-series earphones, but we do like the case. 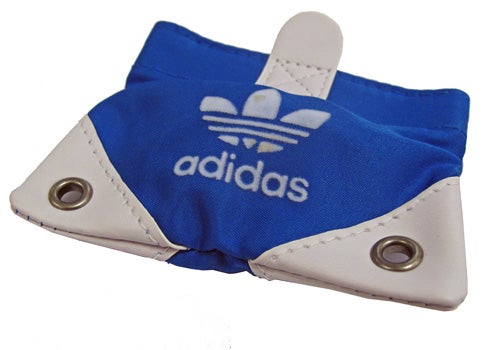 It’s a simple material pouch with a Velcro strip, but here the blue and white colour scheme comes off well. We’re still not convinced all that many people regularly use these earphone pouches, but then there’s no rule saying this is how they have to be used. You could also use it to hold a small MP3 player, or some boiled sweets perhaps.

Just like the Sennheiser CX300 II Precision, the CX310 Originals use a right-angled jack, protected by a thick rubber housing. It’s a gold-plated jack, but the idea that this will make any discernible difference to sound quality, especially at this level, is nonsense. And we’re sure Gok Wan would agree with us that silver, blue and white would have been a neater-looking combo.

The Sennheiser CX310 Originals use sound-isolating rubber tips, but as they’re not designed to be pushed as far into your ear as some IEM earphones, noise isolation isn’t deafening. It’ll do the job for most common noisy environments though, reducing the clatter, rumble and bustle of trains, buses and noisy office environments to a background murmur.

The rubber tip still has to form a seal, but here it’s with the opening of your ear canal rather than half-way in. People put off by the invasive feel of IEM earphones often find this design easier to live with. 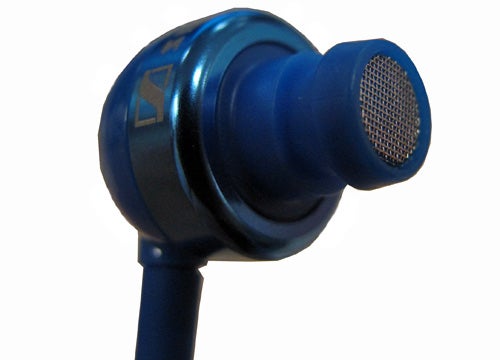 These buds share the same sound signature as the Sennheiser CX300 range, with a warm, full low-end that makes most music sound rich and involving. They aren’t particularly critical earphones, but they have a knack of making your music sound pleasant. It’s the key to the success of the CX series, along with its affordable prices.

The bass doesn’t extend to impressive depths and isn’t incredibly fast, but it doesn’t boom out like many other budget IEMs. Treble resolution and detail is also limited, with less crystalline insight on offer than in the Ultimate Ears 200 for example. However, the resulting sound is just so cohesive and enjoyable that these observations don’t stick in your mind after a brief listen. The Sennheiser CX310 Originals earphones have a touch too much bass to offer a truly balanced sound, but it’s a subtle point and the overall enjoyment certainly makes up for it. 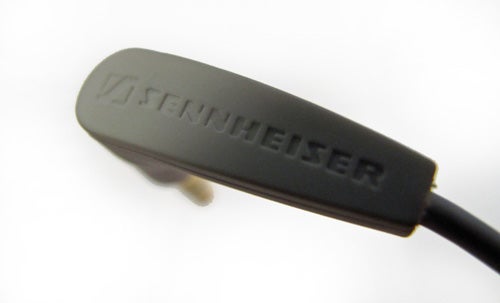 That said, typical of what Sennheiser calls the CX310 Originals’ “bass-driven sound”, these buds can get lost trying to recreate intricate detail – which is particularly evident when listening to more complicated or dense classical pieces. That slight over-blown bass presence can leave subtler woodwind and string instruments pitched in a battle they can’t win against the larger-bodied string players and timpani.

The Sennheiser CX310 Originals have a crowd-pleasing sound, and we think most will be duly pleased by it. If bass was slimmed-down just a tad, they’d be more accurate, but when most of our ears are trained to perk-up at the additional excitement offered by a beefy low-end this may also make them less fun, less enjoyable. 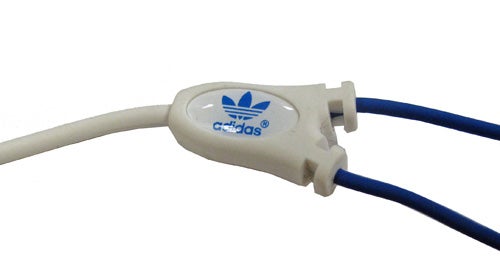 Available for around £35, the Sennheiser CX310 Originals are entry-level earphones. Our issue is that other CX-series earphones, those without Adidas logos competing for space on each bud, are available for less. Even the CX400 Precision II, which come with a volume control and more tips, are cheaper if you shop around. Just make sure you like the blue colour enough to warrant that extra £10 or so before buying.

The CX series has become renowned for offering great upgrades to bundled earphones that won’t cost the earth. These Sennheiser CX310 Originals are a worthy addition to the range, offering that familiar warm, bassy sound. Predictably, the “style” element of these earphones has ramped-up the price slightly though, so the vanilla CX300 or CX400 models may be a better buy for the cash-strapped.