A couple of weeks ago I looked at three mid-range graphics card that all came in well under the £200 mark. The most expensive of the three at £160 was the Leadtek WinFast PX6800GS TDH based upon nVidia’s GeForce 6800 GS chip. This GPU is a respin of the 6800 GT. It’s built on a 110nm micron process enabling it to offer higher clocks and this gave it enough of a lead over the cards based on ATI’s X800 GTO, thereby justifying its higher price. However, Sapphire exclusively offers a part called the GTO2 (GTO Squared). The ‘Squared’ refers to the fact that this card has one ‘quad’ of pipelines that have been disabled, and that with a bit of jiggery-pockery from a BIOS flash and an overclocking tool, it can be turned from a 12-pipeline 400MHz card into a 540MHz 16-pipelined graphics card. 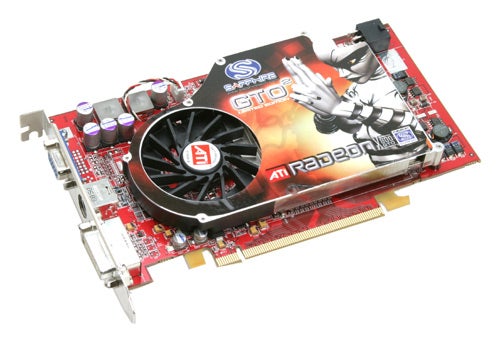 How so? This is because, unofficially at least, this card is to all intents and purposes an R480 – that is an X850 XT. So why is ATI selling full-on X850 XT’s as lowly X800 GTO? Well, it’s simply because X850 XTs were at one point very expensive card to make and to buy, but as its manufacturing process matured costs came down, ATI was able to offer a much cheaper card by producing a full working R480 core and then disabling a pipeline quad. However, by thinly disguising the fact that it can be modded, ATI is able to generate buzz and a lot of mid-range sales, all pretty good for the bottom line. So while it says X800GTO on the box, Sapphire might as well have written it in crayon over the X850 XT sticker. That said, there’s no official support and BIOS flashing will void the warranty, so in the unlikely event of anything going wrong, if you call up Sapphire, you should expect a response along the lines of, ‘don’t know what you’re on about mate’.


This means that instructions on how to mod the card aren’t included in the box but you can find them easily via a search engine. The chances are that the process will be trouble free. However, in fact I did run into problems. Once flashed the card refused to generate a picture on our test system and it turned out that there was a rare incompatibility with our motherboard. Switching to another motherboard the card booted fine and had successfully been modded to 16-pipelines, but it meant we couldn’t test the GTO2 with the original round-up. However, we since moved to a new test system and the card works fine. 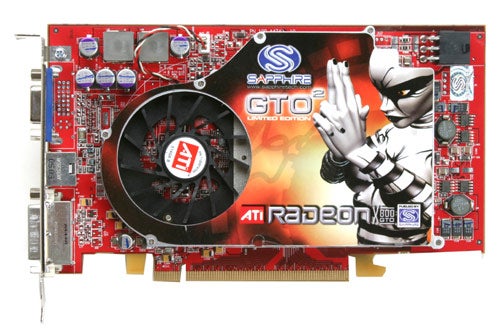 The card is a fairly regular looking thing. The heatsink spears to be copper rather than aluminium to take care of the extra heat from the expected overclock. There’s a power connector on the back, which is definitely necessary.

Once I’d flashed the card, I installed the popular ATI Tool utility to enable me to overclock the card. To see if the card lived up to the hype and being the impatient type I didn’t bother being cautious. I pushed the core and memory all the way up to X850 XT PE speeds – that is 540MHz for the core, and the 590MHz for the memory and set it off to run. It did so without fuss for the entire run of benchmarks without image quality being affected. Again, there’s no guarantee that this will be the case for every card. The cooler is also not as big as that of the one on the standard X850 XT PEs so good air flow in your PC case is essential.


The scores we got from our card were very good. We unfortunately weren’t able to run a full set of scores on the new platform but what we did run showed us that the modded card has the drop on the more expensive 6800 GS in most tests. Far Cry is a good example, besting the GS by a healthy 16.8fps at 1,600 x 1,200 with 4x FSAA and 8xAF. The lead in Half-Life 2 was even more pronounced with the modded and overclocked card hitting almost double the GS. However, nVidia does have strong points. While the HDR in Day of Defeat: Source is designed to work with either Shader Model 2 or 3, it is faster on nVidia, with the GS keeping up with the X850. Also, OpenGL has always been nVidia’s strong suit and the GS matches the Sapphire card. The X850 doesn’t lose however, and that’s an important point. 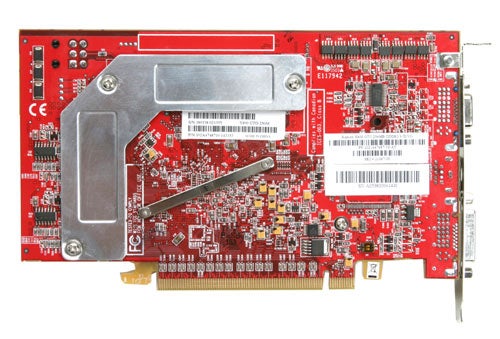 One feature that the GS does have that the Sapphire doesn’t is Shader Model 3 support but you have to ask yourself how likely you are to run in that mode with a card such as the GS, when really you’d want something faster.


The Sapphire Radeon X800GTO2 is great news then for bargain hunters. It means that £150 and a little bit of work will buy you a very fast graphics card. Of course spending £20 or so extra will net you a 6800GS or a X850 XT, but in most situations the modded Sapphire X800GTO2 will outperform them both. The only problem is stock. As of writing the only place listing the card was MicroDirect, and previously Overclockers had also been listing it but Sapphire assured me that many cards were about to hit the channel and would be available very soon.


For those in the know this is the best, worst kept secret in the graphics market right now. Since the price of X850 XTs has come down, it’s not quite the bargain it once was, but it’s still great value. If £150 is the kind of money you want to spend, this is a card worth hunting down. 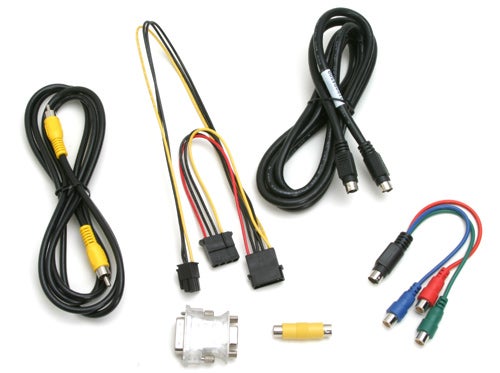